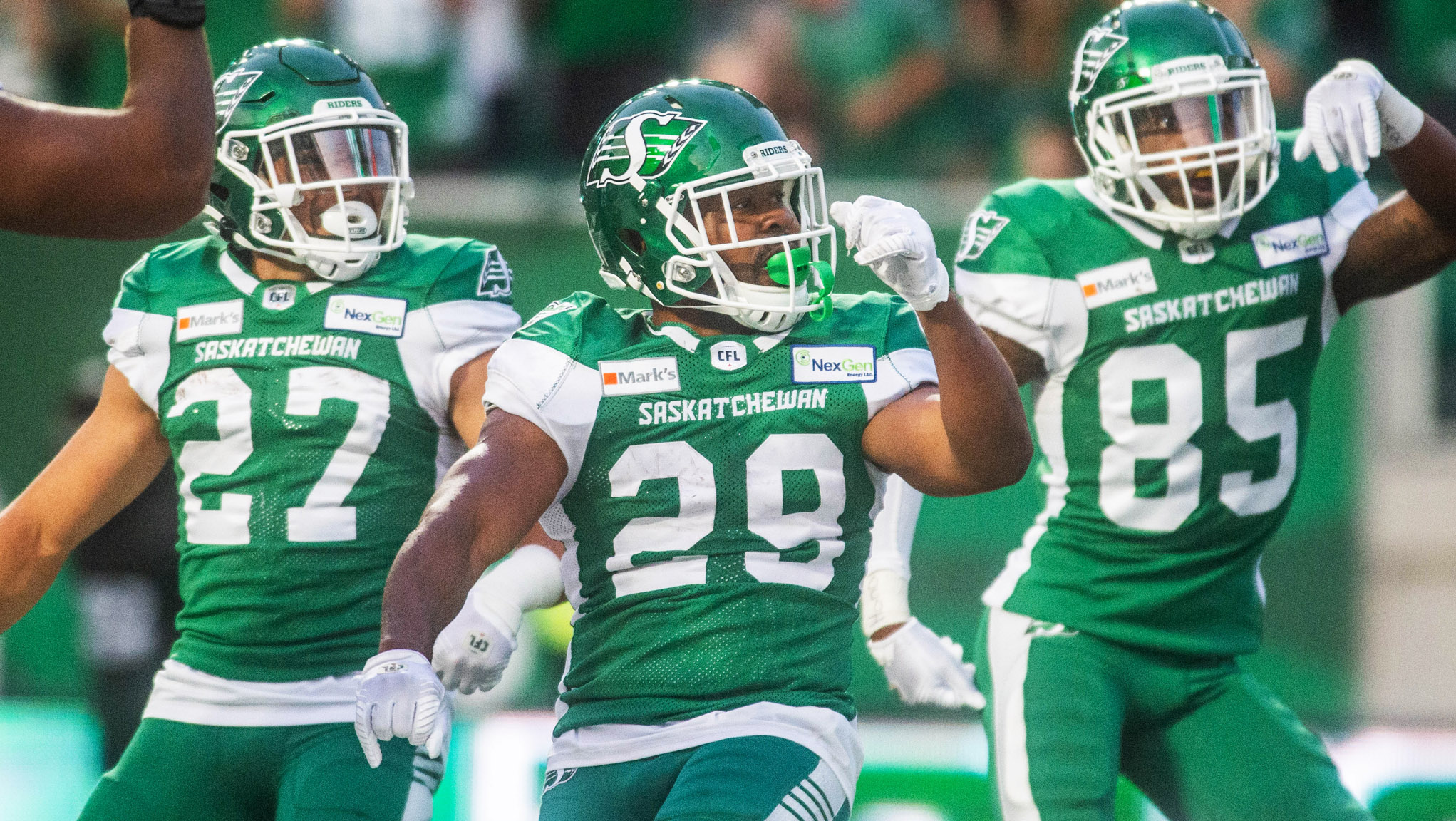 TORONTO — If it feels like the season just started and we’re already at Mark’s Labour Day Weekend, well, you haven’t lost track of time.

This abbreviated season is rolling along and even though we’ve got just four weeks of football behind us, we’re at what would normally be the midpoint of the season. In the same way that a lot of things about this year are a little different in our day-to-day lives, this year’s edition of Labour Day weekend is here, but with a few wrinkles.

In the normal category, we have 3-1 Winnipeg traveling to Saskatchewan to face the 3-0 Roughriders with first-place in the West Division on the line.

Then, like the times we’re living in, things get a little odd.

Edmonton (1-2) is slated to visit the Calgary Stampeders (1-3). It’s rare, to say the least, that both teams participating in the annual Battle of Alberta game are under .500. The good news is that one of these two struggling teams should walk out of McMahon Stadium having doubled their win count.

Things stay topsy turvy in Hamilton, where the Tiger-Cats just picked up their first win of the season and will host their arch-rivals, the Toronto Argonauts. The twist on this one? The Argos, for the first time in a long time, might be favourites.

Of course, things get started with a rivalry in the making, as the 1-2 Ottawa REDBLACKS travel to Montreal to face the 1-2 Alouettes.

Things have stagnated somewhat at the top of these rankings. The results of our Labour Day match-ups could potentially throw this order in the blender.

The Riders got a week to rest and reflect on their great start and more realistically, have taken a good, long look at the Winnipeg Blue Bombers’ entire body of work for this season. This re-match of the 2019 Western Final might feel in many ways like it’s picking up where it left off. It could be  an excellent measuring stick for a Riders team that’s looking to take that next step in its journey this season.

The Bombers went out and played a very typically-Winnipeg game on Sunday night against Calgary. While some might have thought the Bombers’ defence might eat Jake Maier and the Stamps’ offence alive, we got a steady, composed effort from Winnipeg in all three phases of the game. The defence was disruptive, Andrew Harris fit in nicely on offence and Mark Liegghio was clutch, filling in for an injured Tyler Crapigna and nailing a game-winning field goal. This is a complete, confident group.

The Argos got a surprise bye week in the wake of the postponement of their game with Edmonton. It may be a challenge to work through that disruption and go into a hostile environment in Hamilton, even if the crowd is capped at 15,000 fans. This team has been full of surprises so far. It should be fun to see Nick Arbuckle on the Labour Day stage, working with the wide array of talent around him.

Rare that a team jumps up like this after a loss, but we’ll offer this: In his second-ever start, Jake Maier went up against what may well be the toughest defence in the league and…made his first 17 passes and didn’t throw an interception. We say it every year, but Calgary’s ability to find talent, plug it in and be successful with it is on another level. Despite this record in a short season, it’s tough to count this team out.

The Lions continue to bounce around these rankings with each win and loss they accrue. Michael Reilly looked good and despite the Lions taking more injuries on their offensive line, their star QB was able to perform. With questions around the Lions’ defence to start the season, the group finds impressive ways to respond, week after week. This time out, it was 2020 first-overall pick Jordan Williams pulling in his first career interception, a play that helped deflate the REDBLACKS.

If this were the electric opening drive power rankings, Dane Evans’ start with Hamilton this past week would be at the top of the fictitious list. Evans put in a tidy day of work in his first start since the Grey Cup game in 2019. Will Orlondo Steinauer stick with the hot hand, now that his team has a chance to even up its record? Whoever’s behind centre on Labour Day will be praying they don’t get sacked six times like Evans did in Montreal. That’s not often a recipe for winning.

The Elks are on the right path to getting back on the field to begin prep for their Labour Day tilt with the Stampeders in Calgary, that’s the important thing. With that will come some challenges. If they’re able to reunite on Saturday, the team will have been in isolation and unable to practice for 10 days. Conditioning and timing could be an issue, which is unfortunate for a group that finally seemed to be on the same page offensively in its win over BC. Also working against them: Calgary is playing well and Maier has shown that he’s no shaky-kneed fill-in QB.

The Als took their second loss in a row, this one in their home-opener. Could Vernon Adams Jr., who thrived in those back-against-the-wall situations in 2019, be trying to do a little too much out there at times in 2021? A poised and methodical approach from a player that was on many pre-season MOP candidate lists would go a long way.

Ottawa’s offence continues to take baby steps (278 yards, almost even in time of posssesion) but it’s not helping much when other teams are off and running. The REDBLACKS’ offence failed to find the end zone again this past week and relied on four field goals from Lewis Ward for their point total. Ottawa’s defence missed Cleyon Laing and Abdul Kanneh. Hoping for a pick-six or some special teams magic (as much a threat as DeVonte Dedmon is) isn’t going to get you wins; you need your offence to put points on the board. Paul LaPolice acknowledged his frustration with it, calling it unacceptable. Will he change things up on Friday? If so, how much?