Start vs. Sit: A full offering for the long weekend 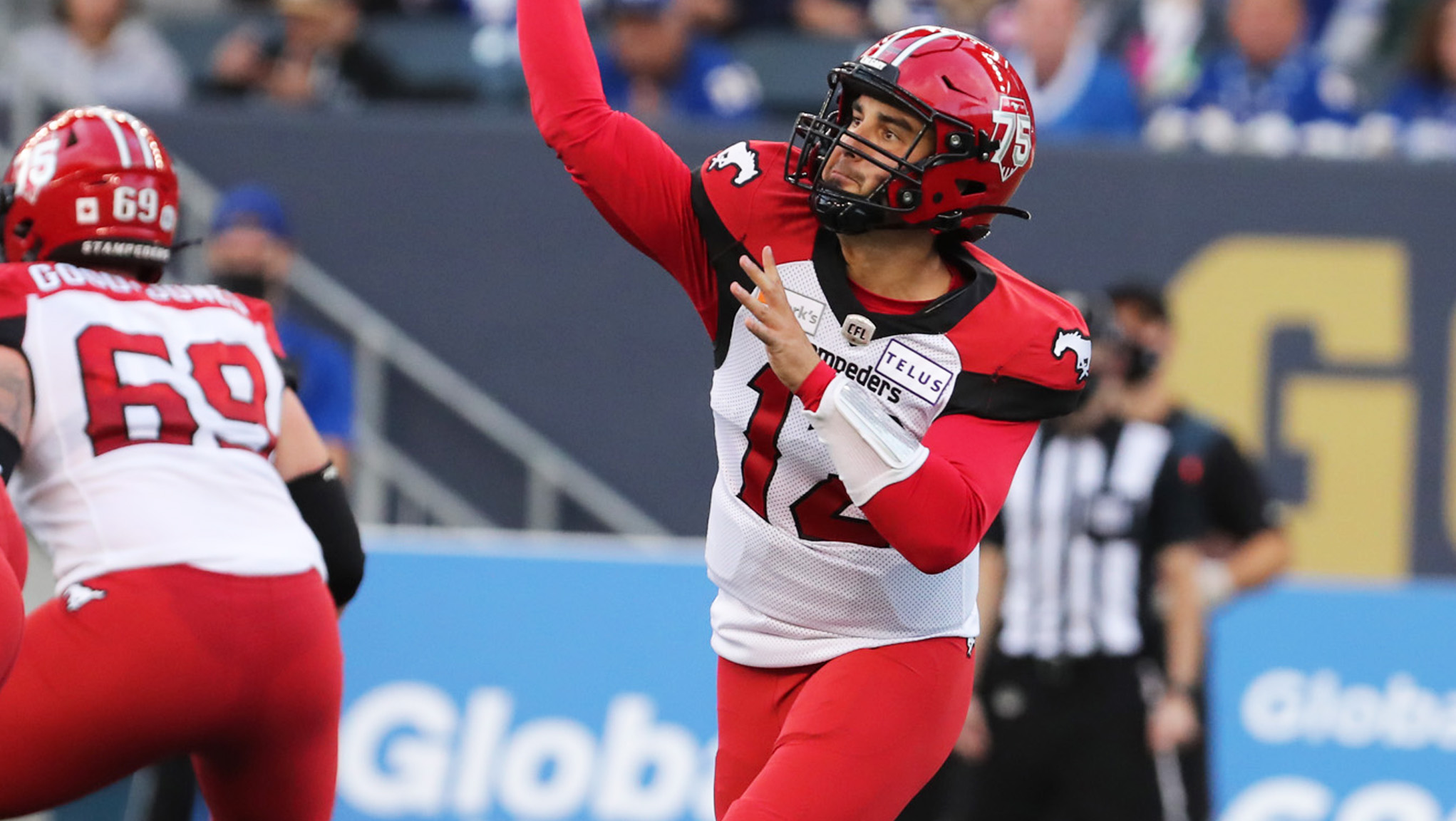 Start vs. Sit: A full offering for the long weekend

The arrival of Mark’s Labour Day Weekend means the Thursday night portion of the season has concluded. Yet, Week 5 comes with the promise of CFL football on Sunday and a wonderful Monday of doubleheader action to help spruce up your fantasy team. Fantasy users off to a slow start can feel optimistic about getting back into contending for your league’s crown. The return of the Argos and Elks after last week’s hiatus enhances the player pool and after small yet encouraging signs, Week 5 offers hope of an increase in scoring.

Former NFL head coach Buddy Ryan once cut future hall of fame receiver Cris Carter with the classic excuse of, “all he does is score touchdowns.” While Wienke has no concern about being sent to Als’ head coach Khari Jones’ office with the playbook in hand, the third-year wideout has shown a knack for finding the end zone.

In his last 20 games, Wienke has scored 10 times on 55 receptions, a stellar one major per 5.5 catches that any receiver would desire. However, Wienke is slowly becoming more than just an end zone magnet for Vernon Adams Jr. ($11,871) to throw to, having caught 13 passes in his last two games.

Although the REDBLACKS secondary has allowed just one pass touchdown in their first 12 quarters, they are allowing a CFL-high 318 passing yards per game. Their “bend but don’t collapse” defence has done surprisingly well thus far. Sooner or later, that style of play will backfire on Ottawa and with a quarterback like Adams and a potential emerging star like Wienke, Friday could be the game where Montreal’s offence lights them up.

A week ago, this column was all-in with Harris, fully believing he was going to remain the one sure thing in Ottawa’s struggling offence. Well, an ankle injury (and BC’s secondary) conspired to hold him to just one catch for 16 yards on two targets.

Meanwhile, the REDBLACKS might have found a Plan B in the form of Ryan Davis ($2,500), who caught eight of his 11 targets for 70 yards.

Even with a healthy Harris, starting Ottawa players isn’t the best way toward winning your league these days. The REDBLACKS have just one offensive touchdown and average a paltry 151 passing yards per game. For now, it’s best to stay away from Ottawa when it comes to fantasy production.

In case you haven’t noticed, there’s a regime change atop the Bombers’ receiving hierarchy, with Lawler elevated to the throne. Although he hasn’t scored a major since reaching the end zone twice in Week 1, Lawler nonetheless has remained a pretty consistent wideout for Fantasy users, averaging nearly 15 FP per contest. Twice in the past three games, Lawler has just missed the 100-yard receiving mark, finishing with 99 in Week 2 and 94 last week.

Facing the daunting Roughriders’ secondary will offer a challenge for Lawler, but there is no denying the fact Zach Collaros ($11,612) knows where to find him. Don’t be too surprised if the Bombers’ wideout not only eclipses the century mark in receiving yards on Sunday but also gets reacquainted with crossing the goal line with pigskin in hand.

When we last saw Powell, he was caught in a pile of REDBLACKS jerseys in Week 3, as the Saskatchewan workhorse was corralled to just 20 yards on 10 carries. Ottawa showed us a continuing trend that has seen Powell average just 3.6 yards per carry in the early going. Even though he has a penchant for finding the goal line, the presence of pivot Cody Fajardo ($13,076) takes away opportunities for the veteran back, who scored 12 rushing majors in 2019.

Yes, Winnipeg’s run defence has looked less than its usual smothering selves thus far, allowing 5.6 yards per carry and 102 yards per game. Starting Powell is usually a sound choice, but the yards per carry average is a bit too concerning. He’ll get his usual volume of touches, but this is one Labour Day Classic that won’t see a classic version of one of the league’s best runners over the past few years. 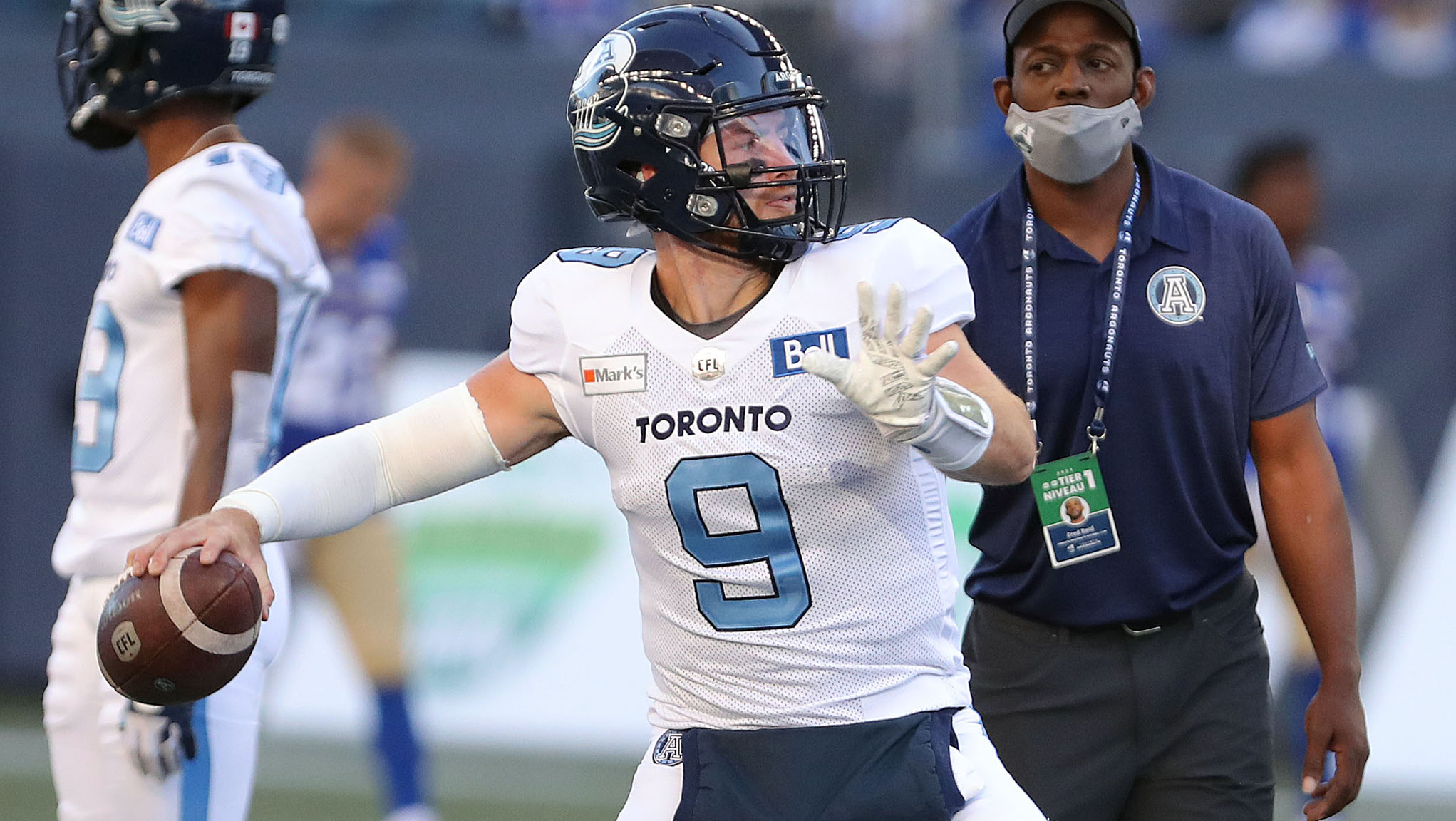 Nick Arbuckle and the Argos’ offence could be walking into a shootout with the Hamilton Tiger-Cats on Labour Day (Jason Halstead/CFL.ca)

If any game has the potential to become an offensive slugfest in Week 5, this is it. If so, that means Arkbuckle will be involved. With a week off after tagging the Blue Bombers for 310 yards and a touchdown (along with a rushing major) in Week 3, signs are strongly pointing that we will eventually see Arbuckle and his talented corps of receivers evolve into the high-scoring attack they’re capable of becoming.

Hamilton’s pass defence has allowed just 209 yards per game but shares the league lead with (wait for it…) Toronto with five touchdown passes allowed. The Ticats have recorded a modest six sacks and if they can’t get to Arbuckle frequently, it will translate into the Argos forcing the Ticats to trade shots all afternoon. Arbuckle is affordable enough to plug into your lineup while pairing him with DaVaris Daniels ($6,051) to maximize production.

Oh, how we’d love to suggest starting Banks, but until the Ticats find a way to let him loose, it’s going to be very, very difficult to suggest putting the league’s most potent offensive weapon on your Fantasy roster.

Banks has just 26.2 fantasy points from his receiving totals. Keep in mind that Banks had nine games in 2019 in which he had at least 20 fantasy points as a pass-catcher. With Dane Evans ($10,030) entrenched as the starting pivot in Hamilton, perhaps the level of consistency may finally arrive for the league’s most disappointing offence. The Argos can’t rush the passer (three sacks total), so there’s hope Monday is where Banks begins trending upward, with perhaps being the keyword here.

Too early to buy into Maier as a viable starter? Nah. Maier’s accuracy was on display in last week’s loss to the Bombers when he broke the franchise record for consecutive completions while crossing the 300-yard barrier for the second time in as many starts. About the only thing missing from Maier’s numbers are touchdown passes, and it stands to reason Calgary’s receiving corps is long overdue to break out. Josh Huff ($5,039) would be an excellent pairing for Maier as the two have established a rapport in the past two weeks, while Kamar Jorden ($9,499) and Hergy Mayala ($5,588) are also ready to detonate.

Early optimism on Mayala has dampened thanks to only 11 receptions for 97 yards. Sure, there is still plenty of time for the second-year wideout to emerge into the elite receiver his skill set suggests, but Mayala is being used more as an underneath option rather than a downfield threat. There’s plenty of mouths to feed in Calgary’s receiving corps, and Mayla is certainly getting his share (eight targets in Week 4) of trips to the food line. Still, his consistent amount of empty plates has become frustrating for fantasy users.