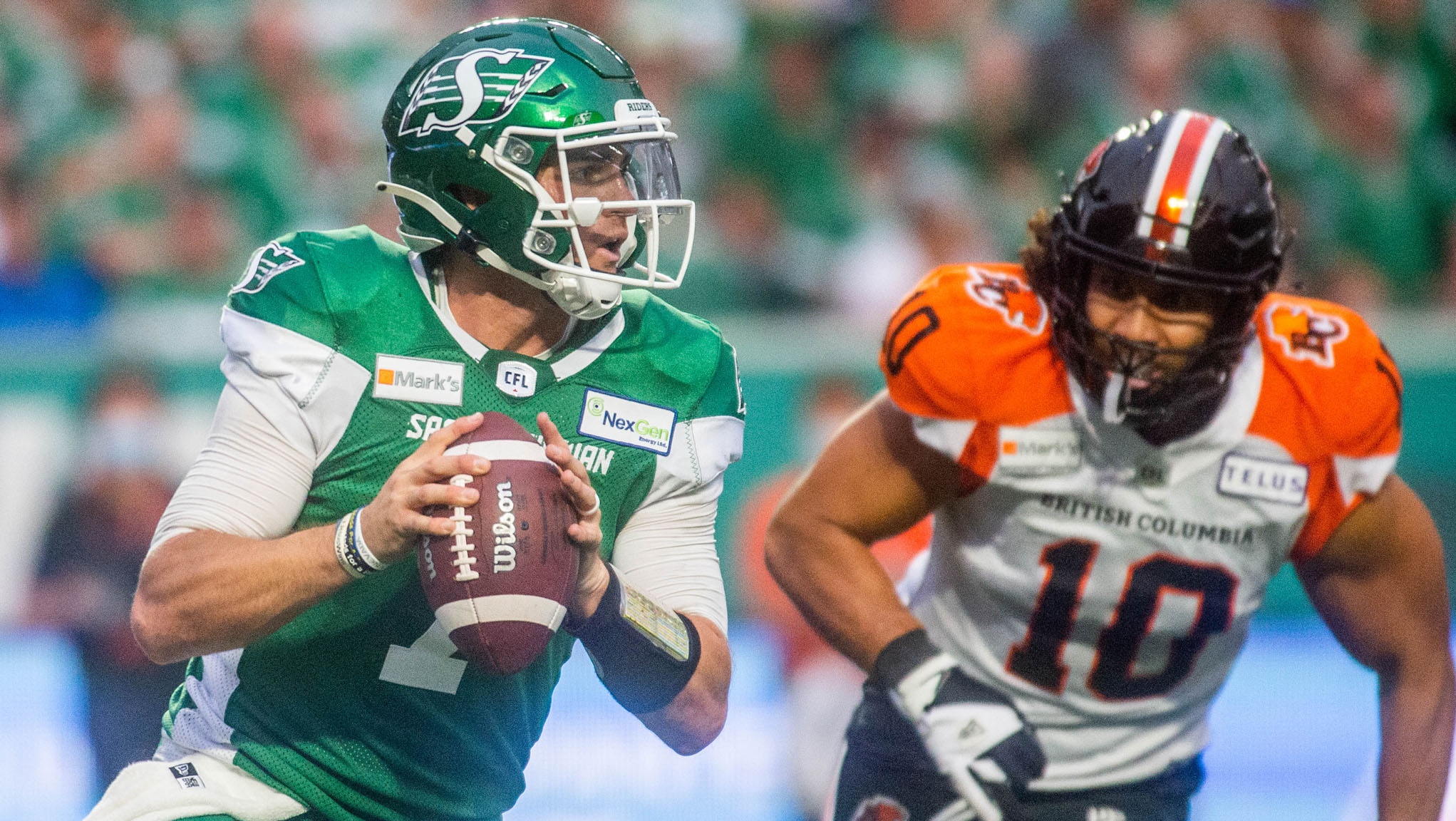 I love what Cody Fajardo is doing. The Saskatchewan Roughriders’ quarterback announced last weekend he will be donating 100 trees for every rushing and/or passing touchdown he records in 2021. This is his response to all the fires that have been plaguing not only British Columbia but what feels like so much of Western North America. The hashtag is #TDsforTrees and the idea is so simple, thoughtful and much needed.

One of the endearing features of the CFL is the generous nature of so many players from the quarterback all the way down to the individuals blocking on punt returns. They don’t need me or anyone else to prod them into charitable actions; this league is already filled with plenty of examples of altruism.

Now if any of the other starting quarterbacks were looking to branch out into other charitable endeavours, starting with Mark’s Labour Day Weekend, I’m more than willing to hand out my “helpful” suggestions from legitimate causes to the lighter side of giving back. So just in case they need any direction here are my humble suggestions.

Playing in the heart of all the wildfires a $500 donation for every touchdown to the British Columbia Fires Appeal. All the money raised is used for immediate relief efforts, recovery and ensuring this kind of destruction does not happen again. Extra bonus as the government of British Columbia will match all donations. Now we have even more motivation to cheer for big plays from Bryan Burnham.

I did some research for this one. According to the website charityintelligence.ca the Winnipeg- based charity Canadian Foodgrains Bank was ranked in the Top-10 for “Impact Charities based on demonstrated impact per dollar donated.” The charity is nearly 40 years old and their goal is to eliminate global hunger. That sounds like a perfect destination for all the money Collaros can deliver with his arm and legs.

Back on March 17th Adams tweeted out “We need a @CFL All Star Game every year, a weekend before Grey Cup, at BC Place.” That sounds like a fantastic idea! Between travel, lodging, hosting the event and insurance it would cost quite a bit of money to get an all-star gaming properly off the ground. Every Adams touchdown will see $500 of much needed start up cash going towards making this game a reality. Who wouldn’t want an all-star game? 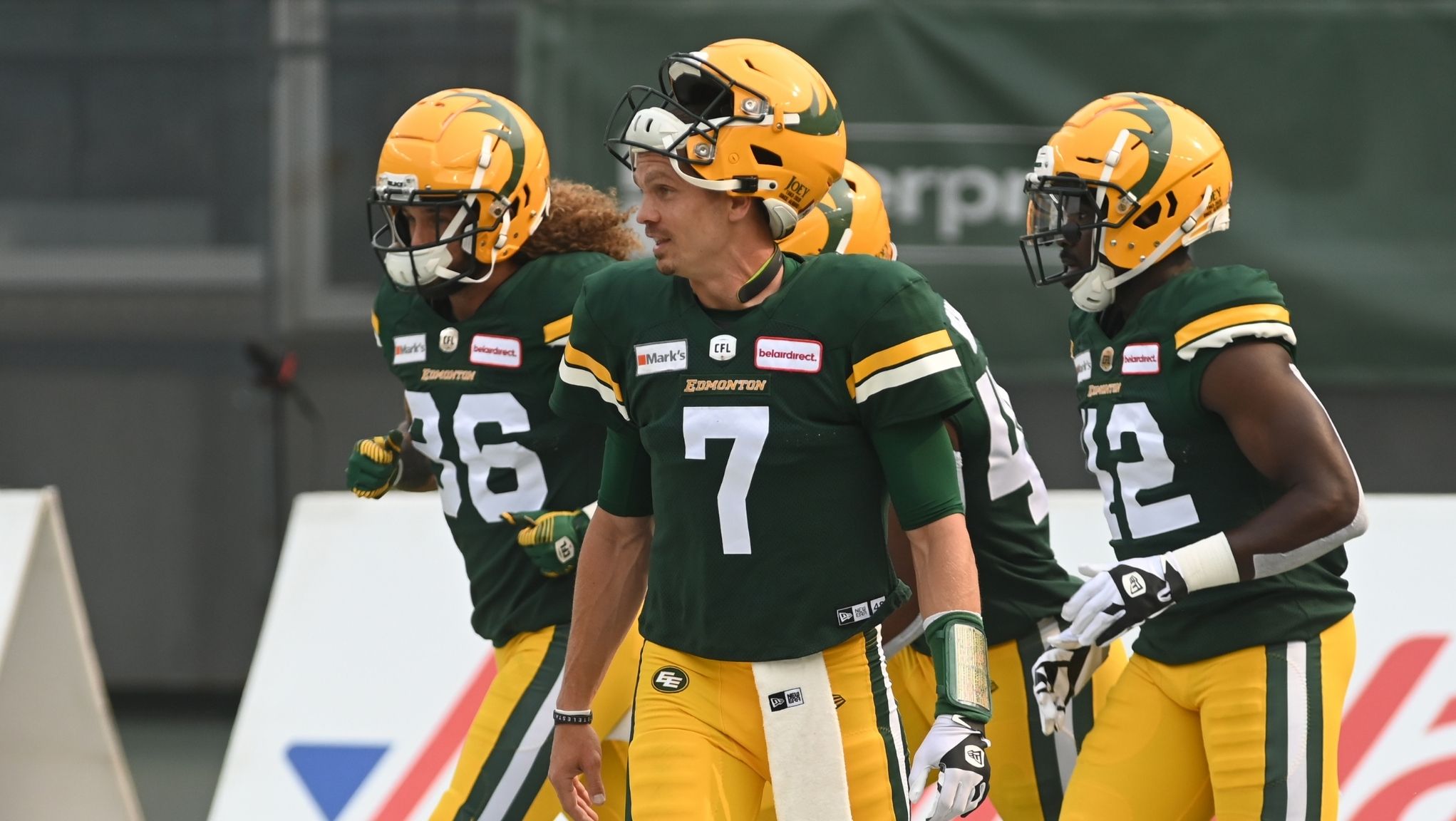 Hey, did you know that the Elk is no longer on the endangered list? The federal government has said there are over 3,000 elks in the wildlife so they are safe. But what about other animals? Harris is a high completion quarterback so how about $50 for every completed pass goes to the Alberta Institute for Wildlife Conservation? They are a registered charity and have been helping injured and orphaned animals in Alberta for nearly 30 years.

Jake is a rookie so I will let him off the hook. Also, who better to ask to get in the charity game than Bo Levi Mitchell? He has twice won the team’s award (Herm Harrison Memorial Award) given to the player who distinguishes himself in the field of community service. Back in 2015 Mitchell started the Mitchell’s Miracle Day where, along with the help of his wife would take underprivileged children on a Christmas shopping spree. Did you know one of the hottest sellers on Amazon is the eight inch ‘Small Yoda Baby Figure from The Mandalorian’? It’s currently going for the low, low price of $16.97. Every passing touchdown from any Calgary quarterback will result in 25 Baby Yodas being given away all over the city.

We all know that Ottawa needs more playmakers. How much would it cost to get Milt Stegall out of retirement? I’m convinced he could still be effective in the short to medium passing game. Every Nichols touchdown will lead to a direct deposit into Stegall’s account. The postgame interviews would be glorious.

I’ve written about Nick and his low moments in 2018 when he was on the outs in the CFL and his wife were each working multiple jobs without the benefit of a car. We need to set up a trust for those hard-working quarterbacks who just need the right opportunity to prove they belong. Every Argonaut touchdown means hundreds of dollars is put away to help these talented tossers without a team to pay bills, fill their fridges and maybe rent a decent car.

I can’t decide which quarterback to use so why not use both? Since it is complicated to find a charity that works with both quarterbacks let’s just go with a no brainer and say if either quarterback is involved in a scoring play The Children’s Aid Society benefits financially.

TAKING A MOMENT FOR LABOUR DAY

Before I go, I wanted to share my favourite Labour Day memory. I apologize for people who have heard this one before but let me take you back to September 1, 1997. I’m a third-year student at McMaster and along with a fellow Toronto Argonauts fan, we made the pilgrimage to Ivor Wynne Stadium to watch Doug Flutie and a parade of all-stars take on an over-matched Tiger-Cats team.

Even though we were boisterous (maybe a wee bit obnoxious) early 20-year-olds, we were smart enough to not root too loudly every time Toronto scored. It wasn’t that we were nervous being in the middle of enemy territory but we did correctly read the room. Derrel Mitchell gets a second quarter touchdown, we make some noise, a single high five is exchanged and then we retreat back into our seats. Adrion Smith scores on a blocked punt touchdown to give Toronto a 40-point lead (as my memory recalls) and it is a quick sideways glance to one another, a minor smirk and that is all.

Call it respect for the suffering home fans who had yet to see their team win at home that year or self-preservation but either way we got out of the stadium alive. Hey, when a large group of people are booing Pinball Clemons you have to be careful. I mean, who boos Pinball??!?

The highlight was just how creative the fans were. Knowing there was nothing they could say or chant to uplift their own team or demean the Argonauts the fans switched from “Oskee wee wee” to “Leafs suck”. Full marks for everyone still in attendance in that fourth quarter for coming up with that one.

I’m just so happy to have the Labour Day games back in our CFL lives. Ironically this year will feel different not because of COVID as much as from an actual football perspective. Toronto is currently in first in the East while Edmonton and Calgary are fighting it out to stay out of last in the West. Often at this time of year the Stampeders/Elks game determines who gets homefield throughout the playoffs.

Looking forward to spending my Monday the way it was meant to be, getting angry at all the back-to-school commercials while watching Labour Day football. Enjoy, everyone!