Power Rankings: The Bombers are coming for the top spot 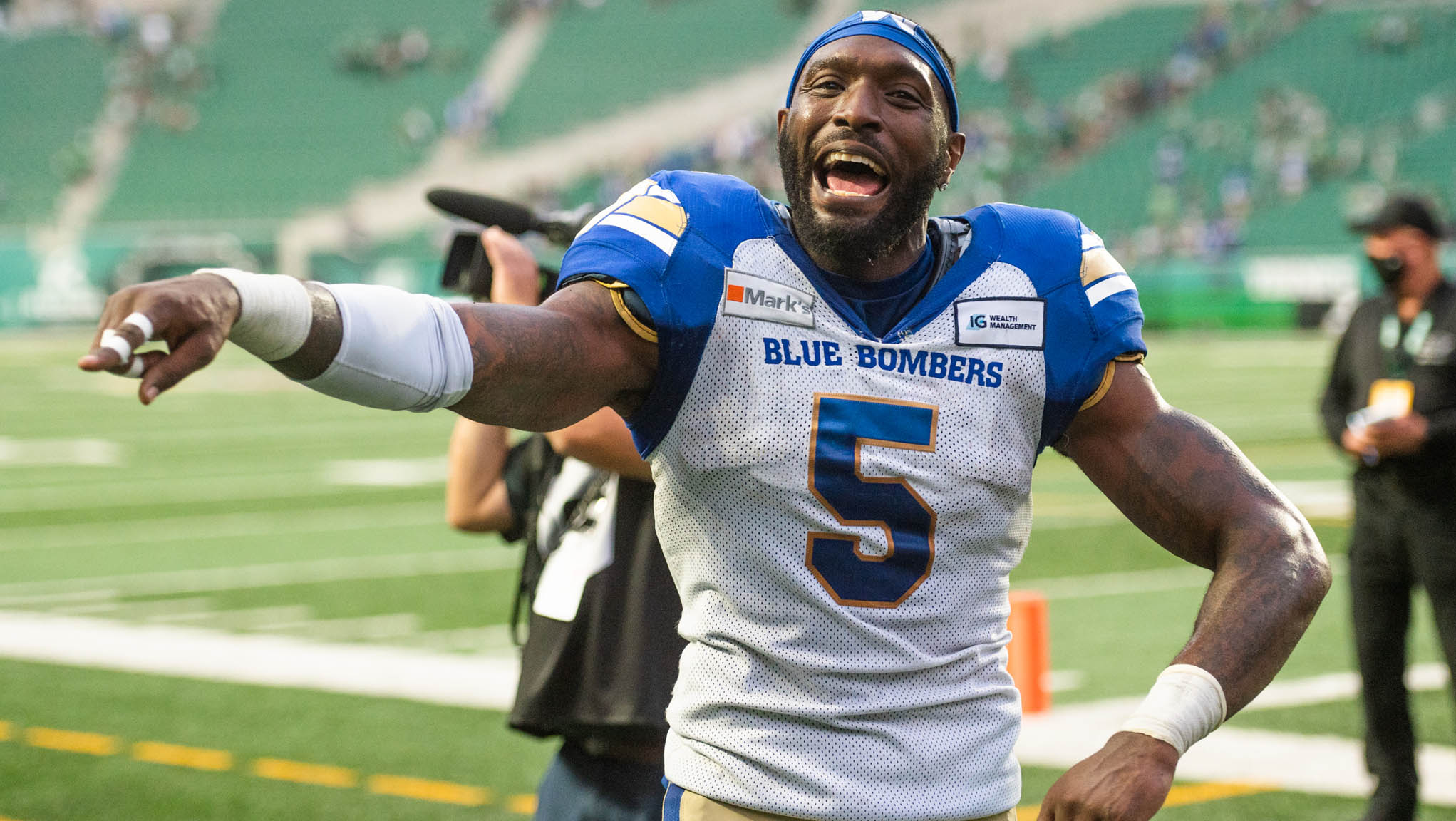 Power Rankings: The Bombers are coming for the top spot

TORONTO — At the end of a dominant defensive showing that quadrupled Cody Fajardo‘s season total for interceptions and handed the Saskatchewan Roughriders their first loss of the season, Willie Jefferson decided that he wasn’t done yet.

The Winnipeg Blue Bombers d-lineman scanned the sideline at Mosaic Stadium, a place he came to know well over three seasons playing for the Riders. TSN’s cameras caught him chatting with three young Riders fans. He made a W with his fingers for his current team, flashing it at them and asked them to reciprocate. Incredibly, they did. Jefferson had three tackles and a sack in his team’s fourth win of the season. On his way out of Regina, he forced a turnover, convincing the kid to ditch his Riders jersey in exchange for his gloves.

Converting one Riders fan at a time. @Stmn_Willie_Bmn | #ForTheW pic.twitter.com/F4XvLwQi9J

This isn’t written to condemn a kid that was having fun talking with one of the CFL’s brightest stars. It’s more about just how emphatic the Bombers’ win on Sunday was. Mosaic had been an impenetrable fortress through the Bombers’ first three games. Jefferson and the Bombers saw an opportunity to make a statement in their Mark’s Labour Day Weekend showdown with the Riders and they did just that, literally knocking the home team down a notch (in these rankings, at least). Point proven, Blue and Gold. Now it’s on the Riders to return the favour.

Willie Jefferson talked the talk, then led the Bombers’ defence out on the field and walked the walk for an entire day, keeping the Riders out of the end zone for a big win. The Bombers took the wind out of the Riders’ previously undefeated sails and made it clear, for this week at least, who the top team in the league is. A fun Bombers’ defence fact: They haven’t allowed a Riders’ touchdown since Oct. 5, 2019.

Was Cody Fajardo one of those extremely flashy receivers in a prior life? The kind that hauled in a highlight reel pass, sought out the uprights and dunked the football over the crossbar? When karma via reincarnation isn’t that crazy of an explanation for something, you know you’re in a unique situation. Really though, the crossbar pass doesn’t have to be a thing, as long as you don’t let it become a thing. Tests come for every team at some point in their season. The Riders are facing one now and are fully capable of responding on Friday in Winnipeg.

What a difference a beefed up d-line makes. With Ted Laurent and Dylan Wynn back on the field together, the Ticats looked like their dominant 2019 selves, holding down the fort on Labour Day against the Argos. Dane Evans seems to be getting more comfortable by the week and Frankie Williams has been a difference maker on special teams in back-to-back games now. The Ticats are starting to feel like they’re a force again, hence this big jump.

Vernon Adams Jr. needed a night to get back to his old self and he certainly found it in Ottawa. The QB was emotional in his postgame interview with TSN, which is something we saw from him and head coach Khari Jones in 2019. Back then, it seemed to help bond the team and drive them forward together. Can it have the same effect in 2021?

Test time has come for the Argos, who had their hopes of walking out of Tim Hortons Field with a holiday win dashed by a ferocious Ticats team. The Argos’ offence came to a virtual standstill on Monday. Coach Ryan Dinwiddie and QB Nick Arbuckle (and maybe McLeod Bethel-Thompson?) will spend this week figuring out a way to reignite it before Saturday.

The Elks played their best game of this young season and slayed a dragon that had been breathing fire at them for a decade, in getting a Labour Day win in Calgary. We’ve talked for months about what Edmonton’s offence might be. We saw it on Monday. If we continue to see it, this team will make a push higher in these rankings.

The Lions will host a struggling REDBLACKS team and they’re coming off of a bye week that should allow Rick Campbell and his staff to be extra-prepared for their rematch. This is a good opportunity for the Lions, who haven’t won consecutive games yet this season and find themselves in crowded waters with Edmonton and Saskatchewan now just a game ahead of them.

Jake Maier played a good game at QB for the Stamps, but the absence of an elite QB like Bo Levi Mitchell may be taking its toll on the now 1-4 Stamps. The good news is that Mitchell took part in two full practices last week. If he’s back on the field in Edmonton this weekend, he’ll have a lot of ground to make up, both for himself and his team in the standings. This might be the rare year that a crossover isn’t up for grabs, which would make the West Division competitive in a new way.

The REDBLACKS have questions to answer. Their offence showed up, but only when Dominique Davis checked into the game and after weeks of bending, their defence finally broke in a blowout loss to Montreal. It gets no easier this week. East teams generally struggle making the cross-country trip to Vancouver and the REDBLACKS are no different, going 7-26-2 all-time (including previous incarnations of Ottawa football teams) when visiting the Lions.