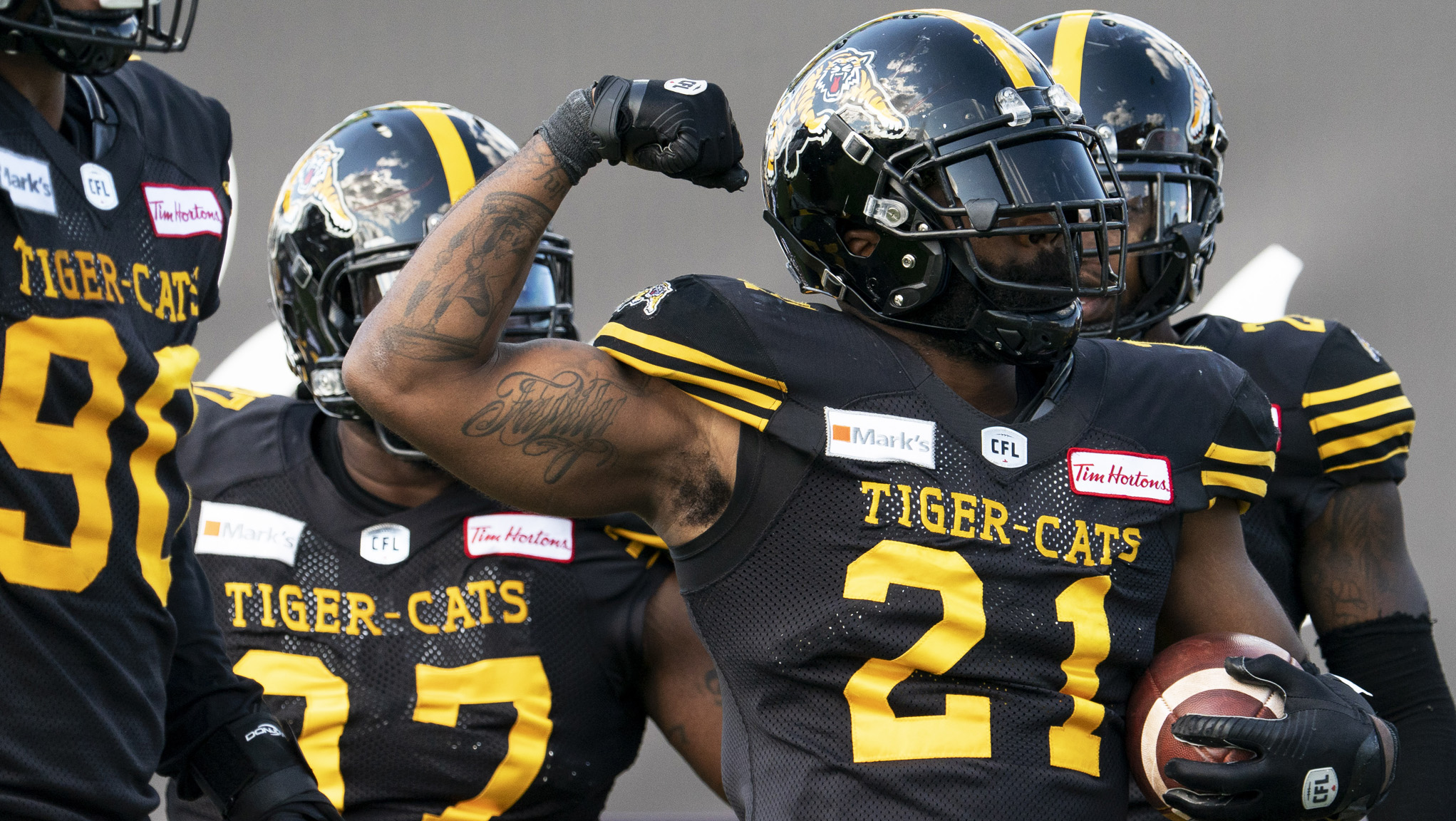 Mark’s Labour Day Weekend was everything we wanted it to be, capacity crowds with a tonne of emotion. It was the perfect way to lead into fall with the run to the CFL playoffs very much alive.

However, for the predictors here on CFL.ca, it’s now the week of dread.

The three games for the back half of a home-and-home set are on tap. While Hamilton, Winnipeg and Edmonton beat up on their rivals, predicting what will happen in the next game is something I don’t even know the best sports psychologist could even begin to break down how to assess ‘what comes next?’

Did either of those teams beat their opponent to the breaking point where they’ll lack confidence in game two?

Did either of those games indicate that the winner was so far superior over their opponent that there is no chance the team that lost can actually beat their rival this week?

OR did the losing team get a wake up call and they can’t wait to punch back in the rematch to prove they’re the alpha dog is this rivalry?

You see, it’s complicated. And to go back through history to try and understand it leads to more confusion as the team with the worse record coming in has swept the home-and-home set, they’ve also been swept. They’ve had a split where the road team wins both and the home team wins both.

This week’s picks are really fun everyone. Really.

Fun. (Did the sarcasm come through clear enough – now that you know I’m being sarcastic – read that again … fun) 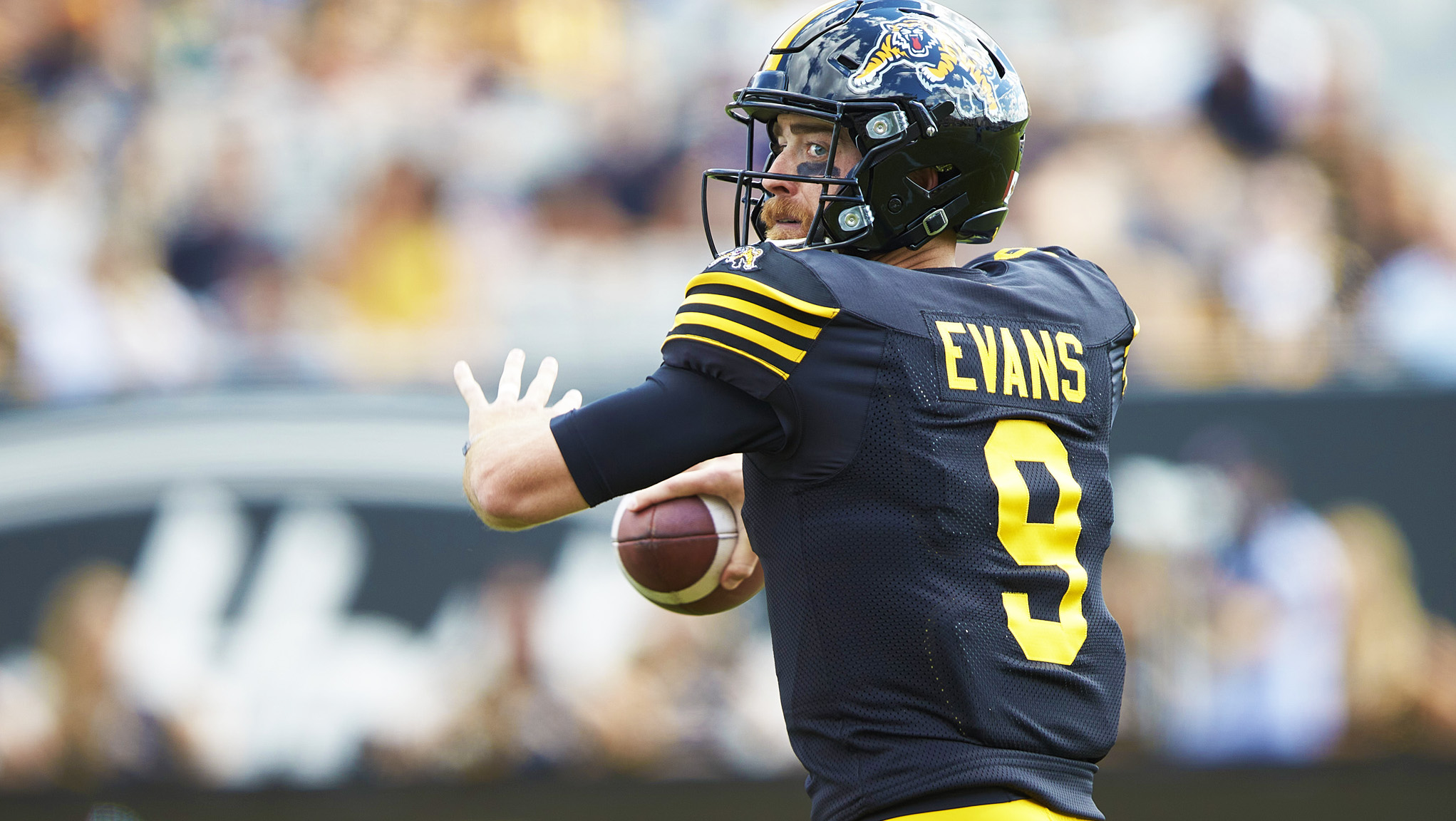 Can Dane Evans make it two in a row for Hamilton this week when they visit Toronto? (Geoff Robins/CFL.ca)

The good ol’ Monday-Friday split for the Ontario rivals. This is never fun if you’re playing in the games, of course, because of the dramatic lack of recovery time from a hard hitting battle of the QEW.

The biggest thing I noticed from the Labour Day Classic between these two teams is the Tiger-Cats looked like the 15-3 team we saw get to the Grey Cup in 2019 and not the team that started 0-2.

Whatever they did in the bye week between these set of games worked out as Dane Evans is running a much more efficient and dangerous offence and the defence has absolutely picked up their game.

On the flip side, I never like the QB yo-yo that is now happening in Toronto. If quarterbacks are hot and cold and looking over their shoulder, it can either push them to greatness or make them afraid to make a mistake.

In all the scenarios I ran earlier, I did take note Hamilton has done well at winning in Toronto no matter how the first game went. 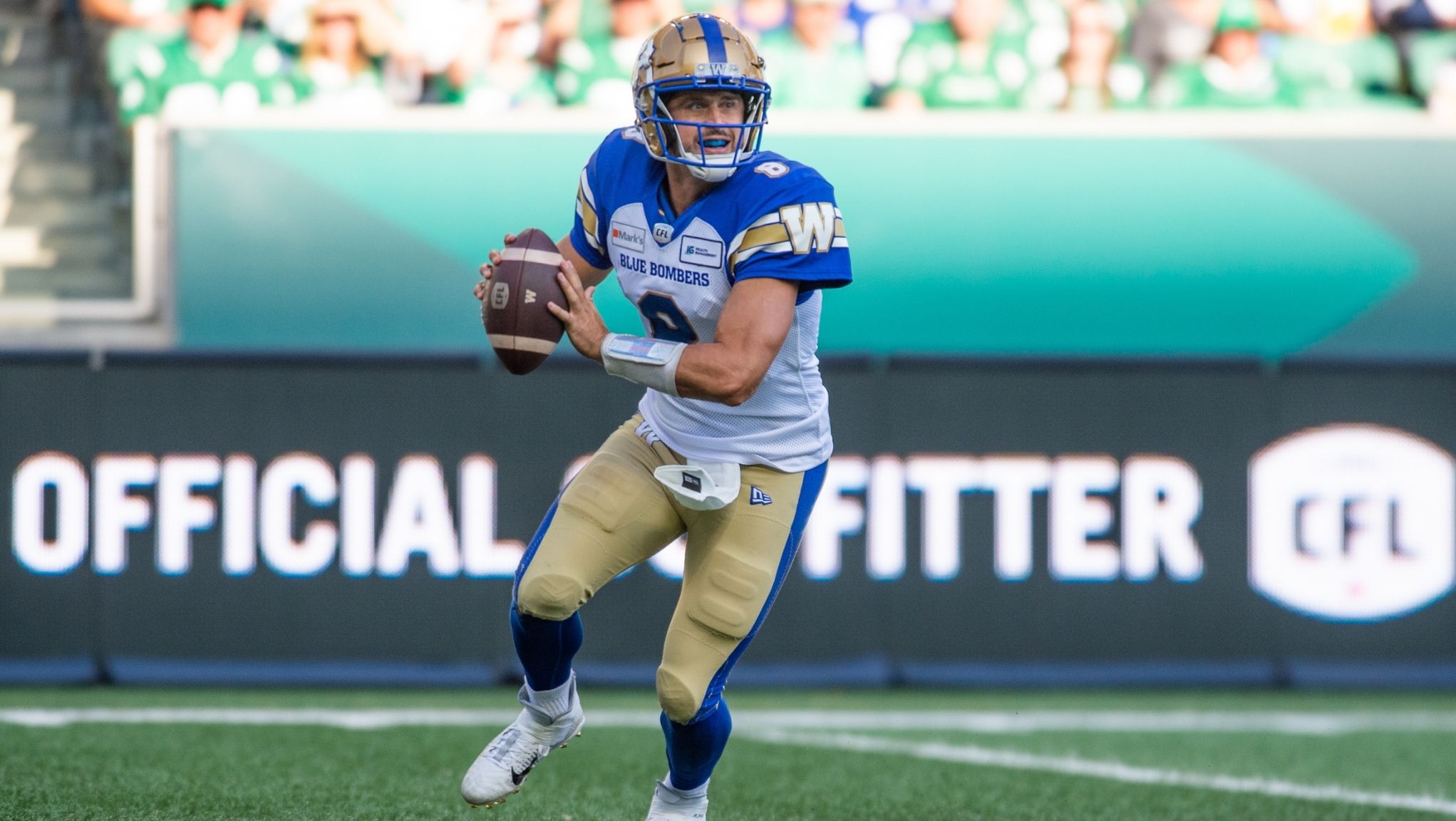 The Blue Bombers will look for a win in the annual Banjo Bowl on Saturday (Matt Smith/CFL.ca)

This is the game I’m having the most problems trying to figure out. Winnipeg’s offensive and defensive lines were very good but the Riders run game did show some promise at times. However, only running the ball eight times with William Powell doesn’t quite cut it.

It’s worth noting that Powell had a better yards per carry than Andrew Harris in the game. If the Riders are going to slow down a pass rush that was in Cody Fajardo’s face all day, they need to establish the run early.

But the Bombers line play was so good and they’ve been so dominant in all their wins, plus they’re 3-0 at home this season. It’s hard to see Saskatchewan actually walking in and taking one from Winnipeg.

Plus, Andrew Harris seems to be just getting started after missing the first three weeks of the season. What pushes me toward my pick is Richie Hall’s defence has gone back-to-back games against Cody Fajardo keeping the Riders out of the end zone. 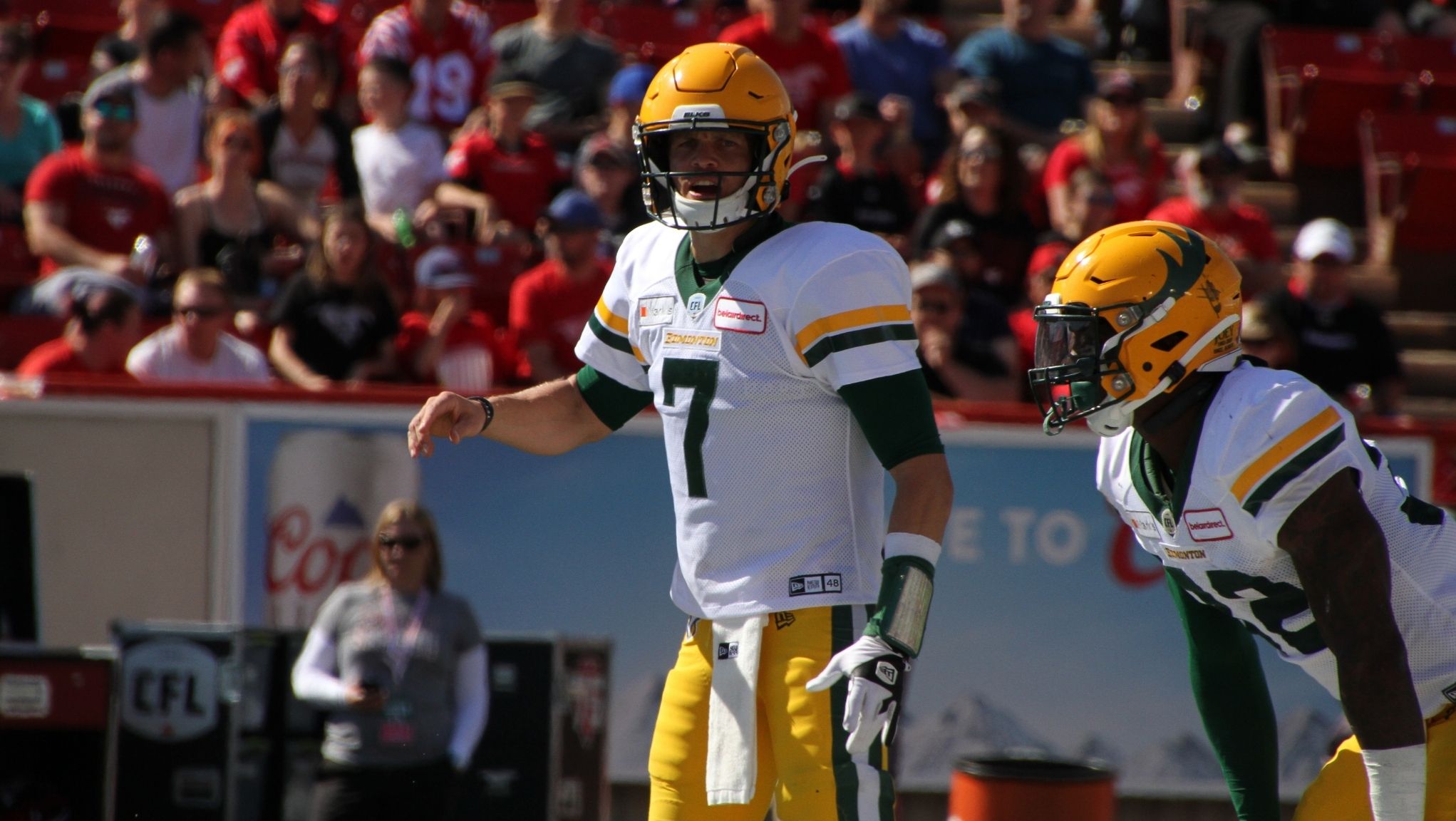 After throwing for almost 400 yards last week, Trevor Harris will look to do much of the same on Saturday (GoElks.com)

I’m going to get right to it, the Calgary Stampeders had a lot more to give in the Labour Day Classic than what showed up on the scoreboard. They had drops, they had calls go against them, and were a split second offside on a play that could have changed their fate.

I’m also writing this before I know if Bo Levi Mitchell is coming back for the rematch, but I’m not sure it would change my mind on my pick.

Edmonton was extremely impressive but they also had a tonne to prove after the COVID outbreak. I couldn’t imagine how much they wanted to shove it in everyone’s face that they’re a close knit team.

Now, can they follow that up and can they match that intensity back-to-back weeks? Because you know the Stampeders are now the team with much to prove as the rest of the league snickers at their 1-4 start to the season.

I think the Stamps have a tremendous response and yes, they do have history on their side with being able to shake off a loss on Labour Day and win in Commonwealth the next week a handful of times in the last 20 years. 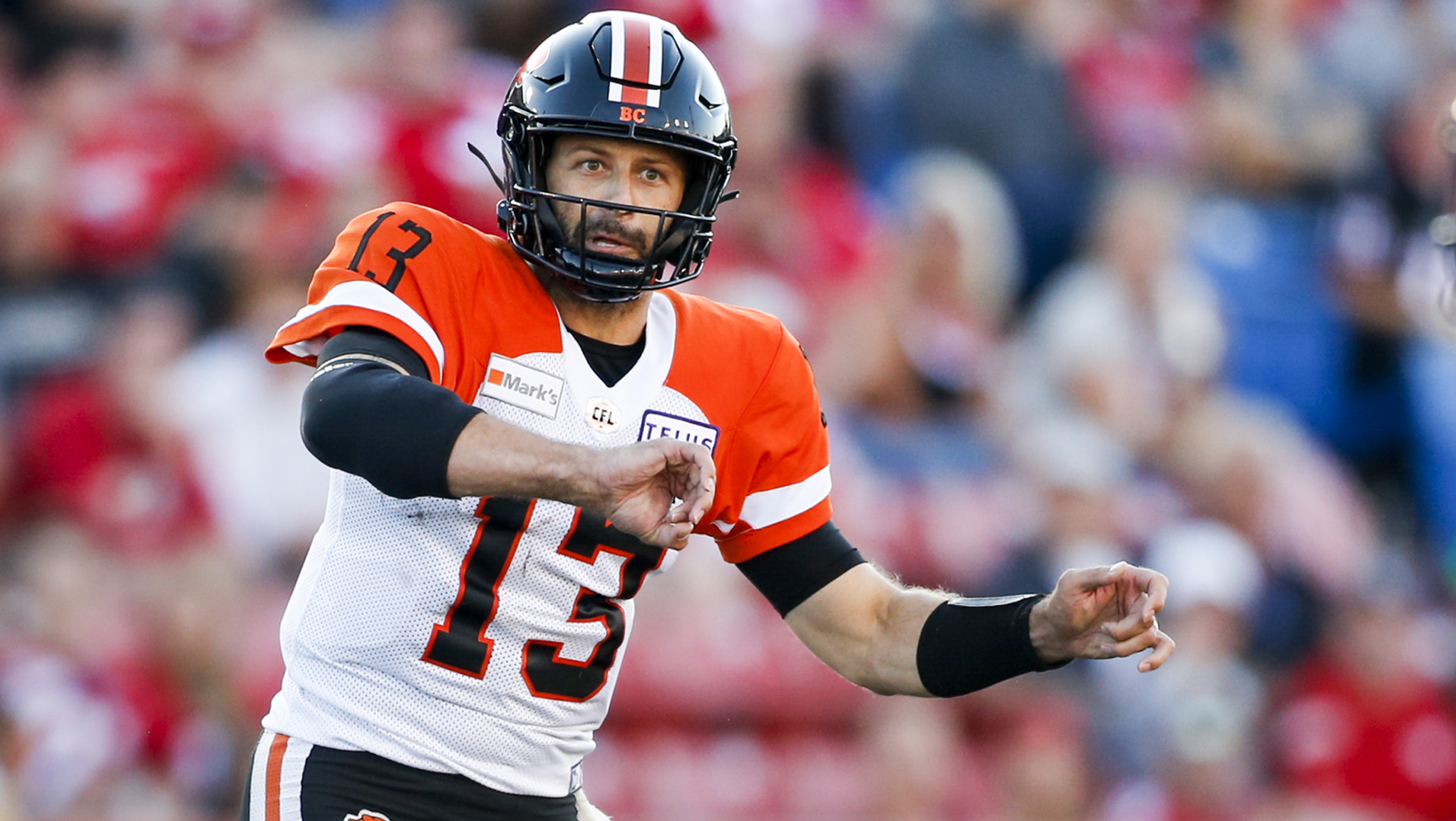 Can Michael Reilly and the Lions defeat the Ottawa REDBLACKS this weekend? (The Canadian Press)

The BC Lions are hoping they have a result after a bye week like the Hamilton Tiger-Cats and not the Saskatchewan Roughriders.

The last time out they walked into Ottawa and shut down the REDBLACKS. Now it’s that long trip west with a late start time for Ottawa. The body clock will be 10:00 p.m. start for the Eastern visitors, which I always think is a big advantage for the Lions.

Michael Reilly will have used the bye week to get even healthier as his arm looks to be getting stronger week over week since the struggles he had in the first game of the season against Saskatchewan. Shaq Cooper also has put a charge into the Lions run game after missing the first two weeks of the season.

The REDBLACKS are looking to get a boost with a change at quarterback as Dominique Davis is getting first team reps ahead of the game. He definitely brings a new element the Lions have to guard against with his running ability. He’ll keep the Lions honest with needing to be much more mindful of contain in the Ottawa passing game.

However, the REDBLACKS are the lowest scoring team in the CFL and they also give up the most points.

It’ll be a tough ask of them to make this trip West and come out victorious.