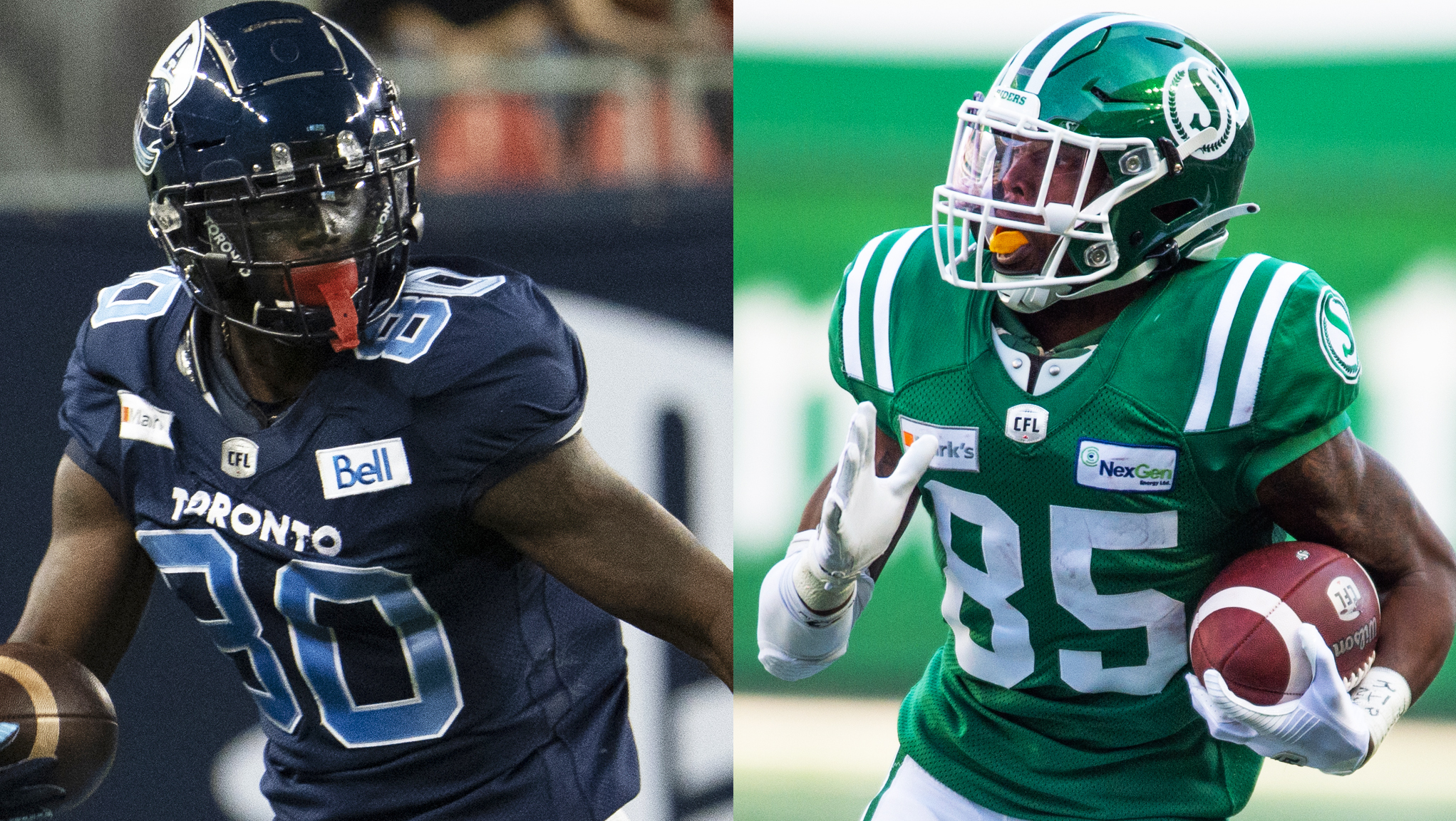 REGINA — The Saskatchewan Roughriders will be hosting the Toronto Argonauts at Mosaic Stadium in the second game of doubleheader action on Friday night.

Approaching Week 7, the Roughriders have not won a game since Week 3 when they defeated the Ottawa REDBLACKS 23-10. They’re coming off consecutive losses in both the Labour Day Classic and the Banjo Bowl games against the division rival Winnipeg Blue Bombers.

In the Week 6 matchup, Saskatchewan lost 33-9, though they almost lost more than just the game as Riders’ quarterback Cody Fajardo was forced to exit the contest with an injury and did not return.

The Saskatchewan signal caller’s status remained in question entering Friday’s game, however the team expects Fajardo to be ready to start against Toronto in Week 7.

“We think he’s going to be alright,” said head coach Craig Dickenson. “We feel like he should be able to go for the game.”

Fajardo has been the driving force behind Saskatchewan’s offensive success through the first six weeks of the season. Dropping back 151 times, Fajardo has completed 109 passes for 1,153 yards and four passing touchdowns, while also adding 197 rushing yards and two rushing touchdowns.

As a team, the Riders have scored on seven of their 14 trips to the red zone through the start of the 2021 season and were one of the league’s most effective scoring teams just a season ago.

In the 2019 season, Fajardo was one of the league’s most dangerous playmakers when in scoring position. In the red zone, the Saskatchewan quarterback completed 28 passes for eight touchdowns, while only throwing one interception. Fajardo proved to be equally as dangerous with his legs from striking distance. Carrying the ball 23 times, scoring 10 rushing touchdowns from inside the red zone.

“He’s our starting quarterback, we feel like he gives us or best chance to win,” said Dickenson of Fajardo. “We certainty want him on the field.”

Saskatchewan’s young group of receivers have stepped up in a big way for the Riders offence through the start of the season. After a breakout year in 2019, third year pass-catcher Kyran Moore is among the league’s best, reeling in 34 of his 48 targets for 301 yards and two touchdowns.

In addition to Moore, Canadian rookie Kian Schaffer-Baker has shown he can play at the CFL level through his first three games. The former Guelph Gryphon has totalled 157 yards, catching 12 of the 14 passes thrown his way, drawing praise from his coaches and teammates.

“The kid has stepped up big time and he’s made some big plays,” said receiver Brayden Lenius of his teammate. “He has got a tremendous upside; he just has to keep working hard.”

On the opposite sideline, the Double Blue boast an aggressive offensive unit, highlighted by their ability to utilize feature backs, D.J. Foster and John White to generate yardage.

As a team the Argos have totalled 478 rushing yards and average 5.1 yards per carry on just 92 rushing attempts, the fourth fewest attempts in the league. That makes them one of the most efficient teams at generating yards on the ground.

White has carried the ball 54 times for Toronto, accumulating 279 yards and a touchdown. White’s strength and field vision make him one of the toughest runners in the CFL.

Toronto is able complement the power of White with the agility of Foster, who has shown the athleticism to line up in multiple offensive sets. On the ground, Foster has totalled 116 yards on 16 carries. The rookie back is equally as effective in the passing game, hauling in nine receptions for 115 yards and a touchdown.

The Riders will be facing a tough task with attempting to limit the damage of Toronto’s innovative scheming. However, the Green and White enter their Week 7 matchup as one of the most physical defences in the league and hope their ability to create pressure will rattle the Boatmen.

Saskatchewan’s front seven is among the best in the league at creating pressure situations for opposing quarterbacks. Their 16 sacks this season are the most of any defence league-wide and they have forced opposing teams into 30 two-and-out situations.

The Riders have also been aggressive at going after the ball and creating turnover opportunities. The defensive backfield has forced six interceptions through the start of the regular season and the defence as a whole has forced 12 turnovers.

Against the Argonauts, the Green and White will need to focus on limiting red zone scores. The Riders have had to defend their own goal line nine times on the season and they have yet to stop a team from scoring.

Friday Night Football in the CFL will close with a matchup that features the classic gridiron storyline of offence versus defence. Toronto’s ability to be creative on offence will look to stress a stout Saskatchewan defence in a variety of ways as both teams look for a win in Week 7.

Kickoff is slated for 9:45 p.m. ET on TSN and ESPNews or can be followed along on CFL.ca’s Game Tracker.