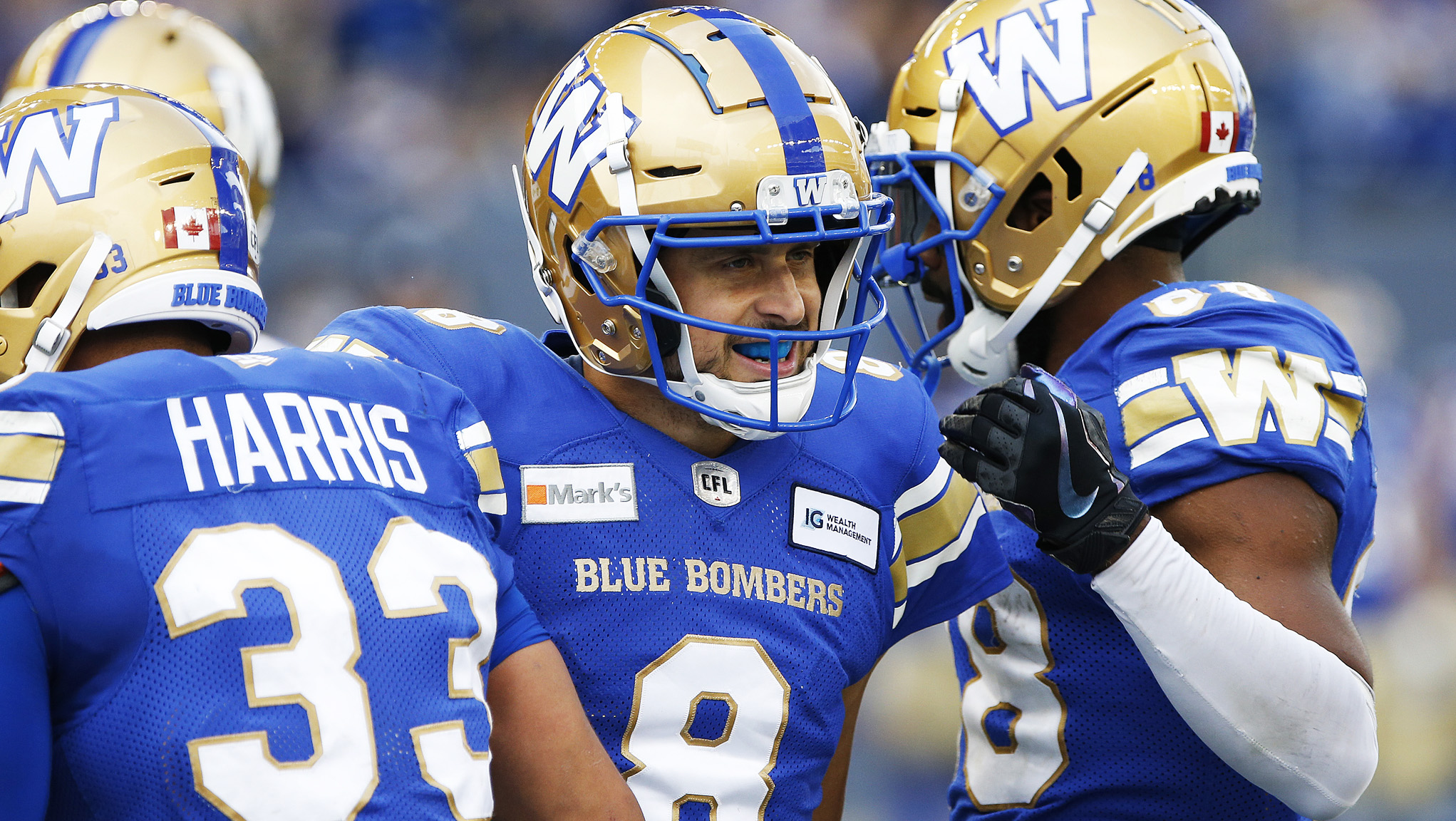 TORONTO — Week 7 kicks off on Friday night as the Calgary Stampeders pay a visit to Hamilton to take on the Tiger-Cats at Tim Hortons Field.

Later on that night, the Toronto Argonauts visit Mosaic Stadium for a matchup with the Saskatchewan Roughriders to cap the Friday night doubleheader.

A Saturday doubleheader gets underway in Montreal as the BC Lions travel east to meet the Alouettes at Percival Molson and the week ends in Edmonton as the Elks host the Winnipeg Blue Bombers. 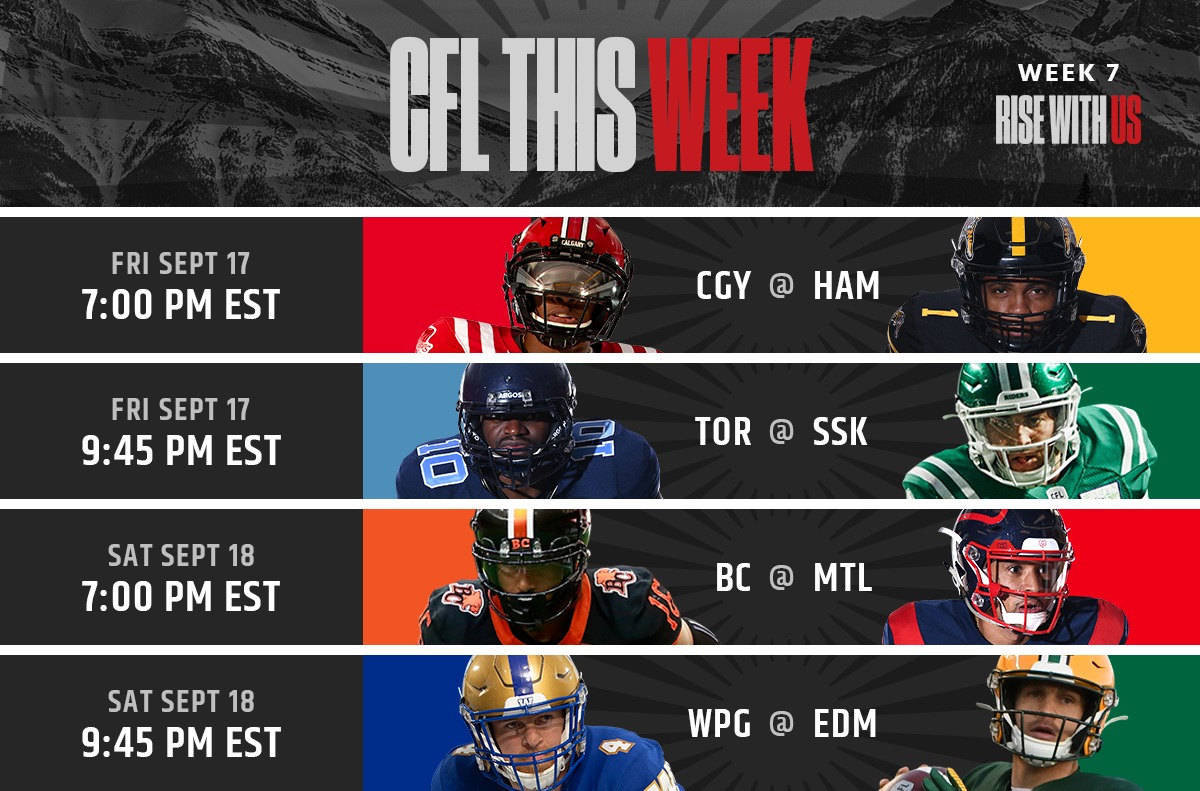