Bombers battle through adversity in Edmonton 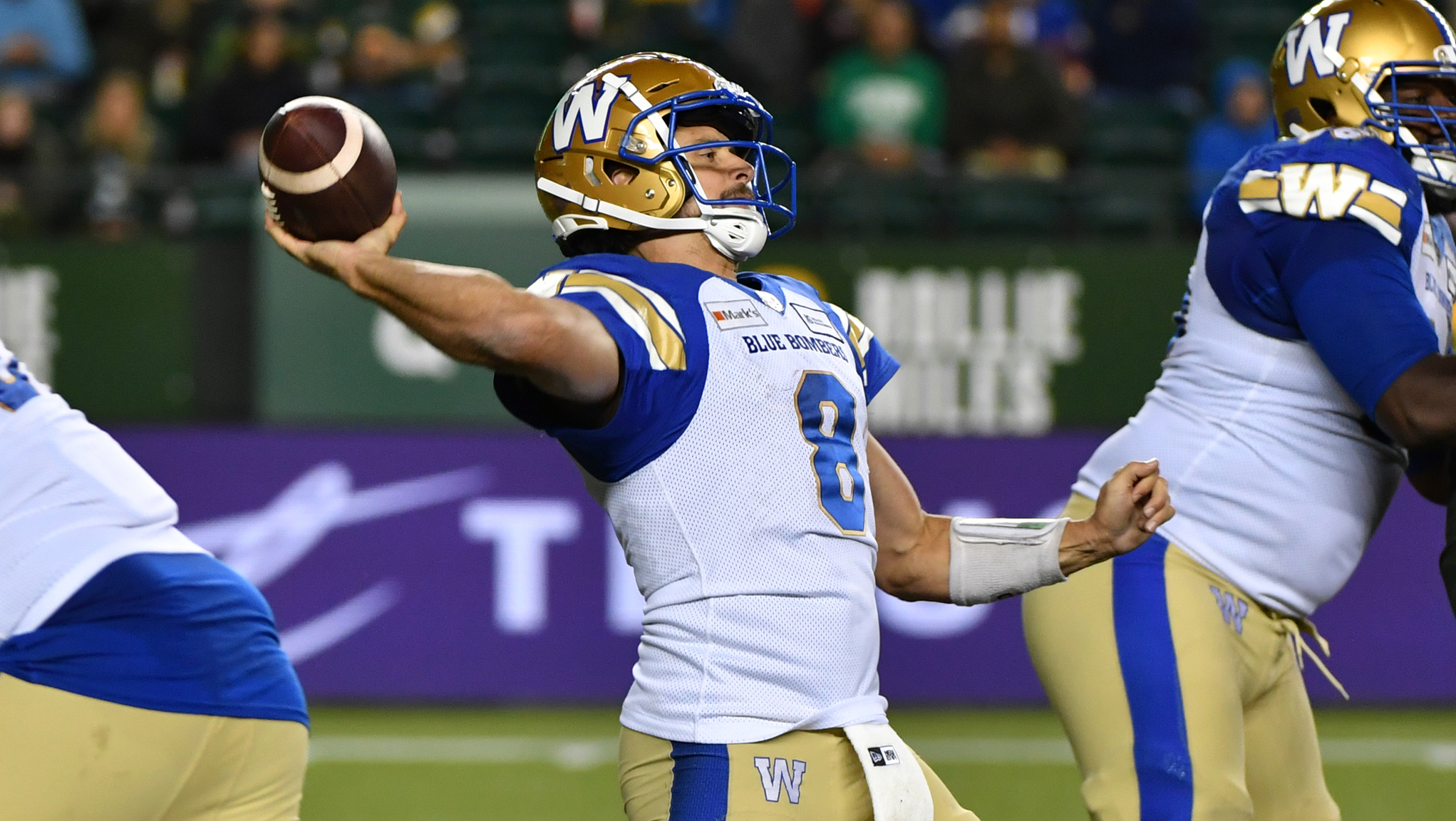 Bombers battle through adversity in Edmonton

EDMONTON —  After 14-straight points saw the Winnipeg Blue Bombers take hold of the driver’s seat in the first quarter, the team battled adversity amidst an Edmonton Elks comeback.

All season long, the Winnipeg Blue Bombers’ offence have been explosive and a threat to score on every play. From Andrew Harris‘ ability to be a difference-maker on the ground to the plethora of options quarterback Zach Collaros has at the wide receiver position, the Bombers had yet to be in a tug-of-war type game.

Saturday in Edmonton saw exactly that as the Bombers face a level of adversity the team had not yet encountered so far in the young season. After building a lead early on the efforts of Collaros’ passing touchdown to Darvin Adams on the opening drive and Nic Demski‘s rushing touchdown, the Elks capitalized on an opportunity to get back into the game following Christian Rector‘s forced fumble recovery.

RELATED
» Through the Lens: Winnipeg at Edmonton
» Boxscore: Bombers, Elks by the numbers
» Watch: James Wilder Jr. finds the end zone twice
» Bombers down Elks for sixth win of the season

“It was a weird game for sure,” Collaros told the media post-game. “Everything was going right at first and then we faced a little bit of adversity there. I thought our defence, obviously, did a great job all night long. We were winning the game, but keeping us in front…we have to do a better job of staying on the football field and executing.”

While the team did surrender a 14-point lead, Bombers’ head coach Mike O’Shea was happy with the many responses his team had throughout the game with their backs against the wall.

“We came out of the gates very quickly and we did give them some life and there were a couple of quarters in a row where we didn’t feel great,” said O’Shea to the media. “I’m very happy for them that we got the win and proud of them that they’ve gotten this far. They really do deserve a break, just a mental rest from the game and the grind.”

Of the areas that O’Shea was pleased with the most was the play of defence who held Taylor Cornelius to 243 yards in his first CFL start. In addition, the unit capitalized off turnovers, scoring twice; the first of which came from DeAundre Alford whose pick-six helped spark the Bombers’ comeback.

“He’s a sponge,” said O’Shea. “He’s learning and he’s humble, he’s making sure he knows he has to keep learning. I do think even in-game, that pick’s not an accident. It’s him understanding and believing and trusting himself and believing his eyes…I do think he knew he was going to get one today.”

For Alford and the defence, they knew that they would have to make some sort of game-altering play during their talks at halftime.

“We got in the locker room and told them straight up, ‘they don’t score anymore, they don’t win,'” said Alford. “We knew if they didn’t score any more points, we’d give the offence more opportunities to put up more points we’ll come out victorious in this game and then we did.”

The Bombers will get to enjoy a week off before heading to BC to take on the Lions in Week 9 action.