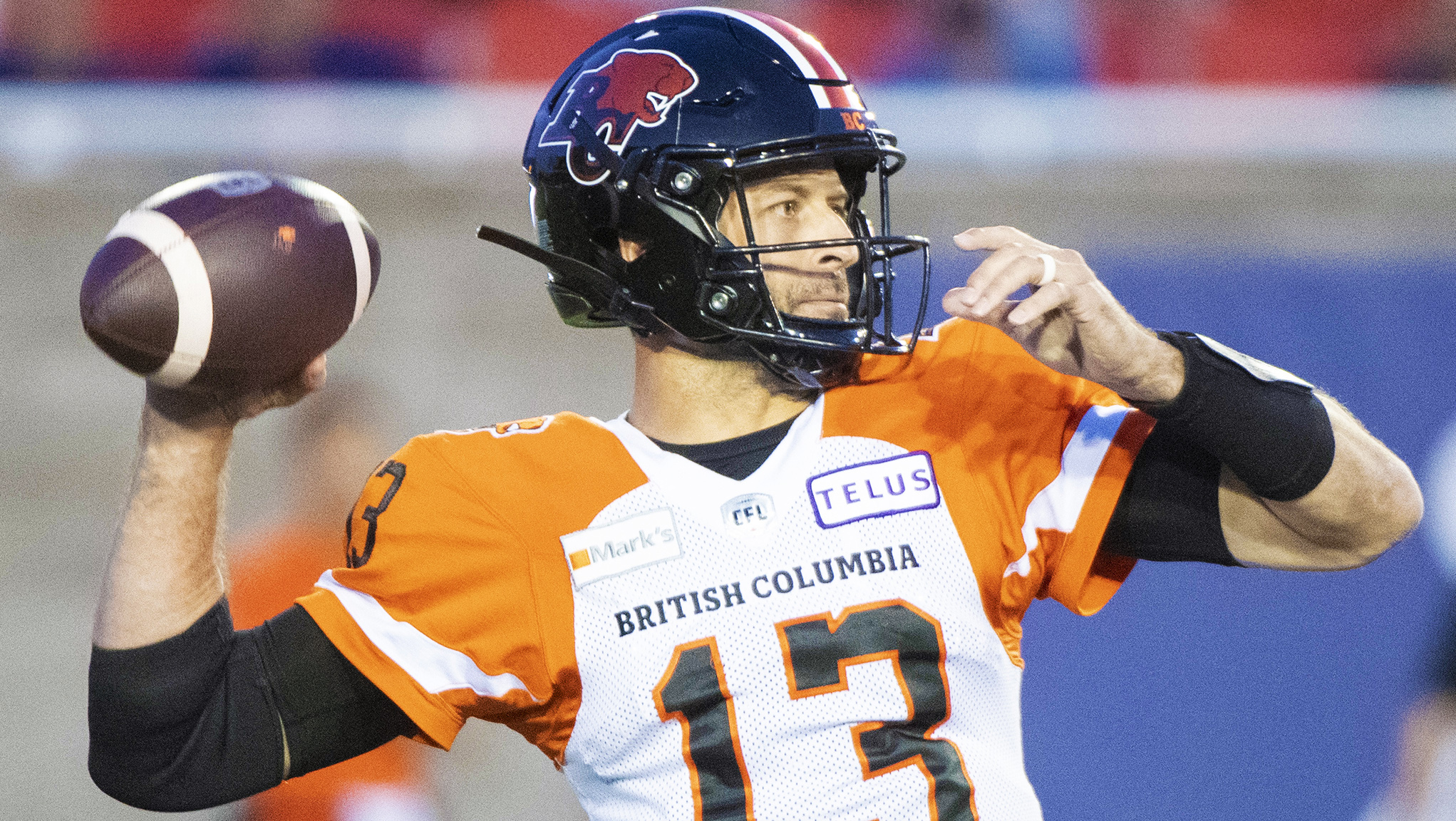 TORONTO — In weeks past — the previous one included — a jumble in the standings has made ranking these teams something of a challenge.

Week 7 of the CFL season has provided a little separation in the standings and with that, some clarity. Similar to previous weeks, the top and bottom spots of these rankings remain unchanged. Until Winnipeg stops breaking its opponents with its defensive intensity and until Ottawa can muster up some of that same fire, the bookends of these rankings are unlikely to change.

Last week’s logjam has given way to a surging BC team, a Saskatchewan team that got its groove back and a Hamilton team that channels its inner-Phil Collins, winning against all odds (linked purely for its all-time jam value) with a third-string QB and some outstanding defensive play against a Stamps team that’s digging its heels in at the bottom of the West standings.

Didn’t it just feel like a matter of time before the Bombers’ defence would capitalize on rookie QB Taylor Cornelius’ inexperience? Winnipeg had a strong start, survived some shaky kicking and got a dose of what the defence is capable of every week to pick up its’ league-leading sixth win of the season.

Michael Reilly can add Lucky Whitehead to that long, talented list of receivers he’s had great chemistry with. Whitehead finds a way to be an x-factor almost every week and that’s helped the Lions gain some momentum in the West. Also impressive: BC’s defence. As our MMQB points out, Rick Campbell’s group has allowed just five offensive TDs and a league-best 98 points against.

The Riders answered a lot of questions on Friday night with a much-needed win. Is Cody Fajardo OK? Seems so. Can the Riders put a couple of tough losses behind them? Yeppers. Can they take a good team and control them at home? Check. Watching the emergence of homegrown talent like receivers Brayden Lenius and Kian Schaffer-Baker is one of the team’s best subplots of this season.

The mark of a great team is that it can find ways to win the games it probably shouldn’t. The Ticats’ record suggests mediocrity, but the performances we’ve seen from the defence in recent weeks and from its special teams unit tells you this group could be something special, despite the offensive challenges it’s gone through recently. Riding out the storm of Dane Evans’ and Jeremiah Masoli’s absences will be a tough one, though, without some offensive TDs.

The Argos showed flashes against the Riders on Friday where they looked like a dangerous team, but weren’t consistent enough offensively and didn’t get enough pressure on Fajardo, a demon that made its return from earlier in the season. A home game against the Alouettes this week is a big one for both teams.

When they’re watching film of their loss to the Lions, the Als will likely think of what might have been, offensively at least. They could have/should have/would have had three touchdowns were it not for drops and an end zone interception from the sticky-gloved Lions’ secondary. Execution will be the name of the game this week in Toronto for Vernon Adams Jr. and Co.

It’s going to take some getting used to, seeing the mighty Stampeders this low in both the standings — they’re last in the West — and these rankings, both spaces that they’ve dominated for the last decade-plus. Trying to climb their way up is a challenge that coach Dave Dickenson and QB Bo Levi Mitchell haven’t had to embark upon in their time together in the CFL. A bye week to stew over what’s gone wrong gives way to the Riders as their next opponent in three of four games. The other opponent in that mix is the Lions. The Stamps will need some wins in that stretch to stay in the playoff conversation.

It felt like an uphill battle for Taylor Cornelius, who had to make a short-notice debut last week against the top defence in the league. The outcome — 57.6 per cent completion, no touchdowns and three interceptions — seemed like the obvious one and that’s more a credit to his opponents than it is a slight against his ability, which we’re still learning about. Edmonton’s defence deserves some love here for scoring touchdowns in back-to-back games. This is likely a welcomed bye week, both for Trevor Harris’ recovery and for Cornelius to hit the film room and begin prepping for Ottawa in Week 9.

The REDBLACKS return from their bye week in a seemingly advantageous position. They’ll face a Hamilton team on Wednesday that will have practiced no more than twice since its Friday win over Calgary. It’s looking like Ottawa will have DeVonte Dedmon back, giving the return game a scoring threat that it sorely needs. If Dominique Davis is under centre, he can’t afford to turn the ball over. He’s thrown pick-sixes in each of his two appearances this season and we know that’s something the Ticats’ defence feasts on.