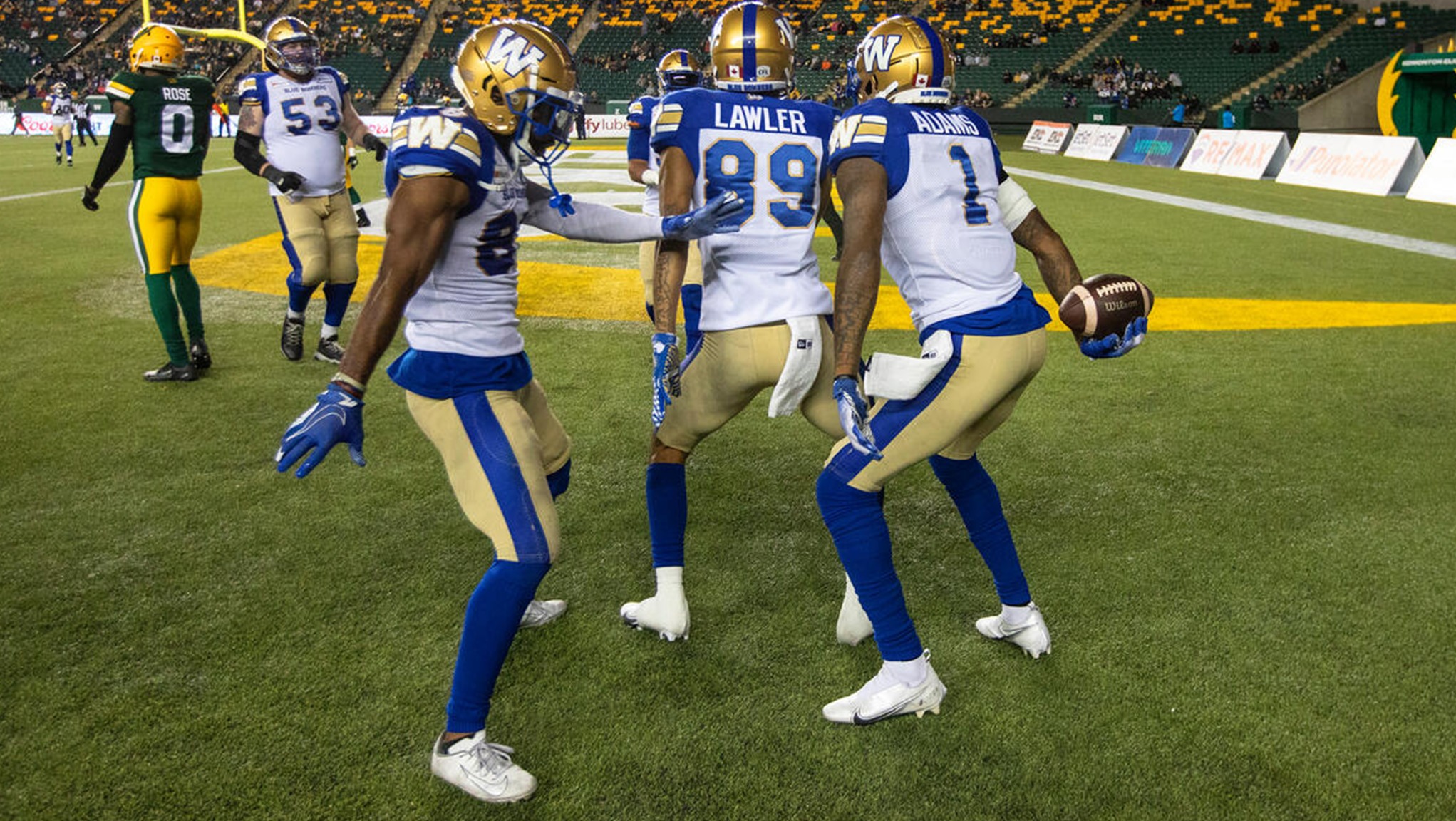 We’re nearing the halfway mark of the 2021 season, and with that the dust is beginning to settle on who we can expect to make big play week-in and week-out. But first a little announcement….

Share your fitness journey with us on social media, using #GreyCupFitup—and we’ll feature your content right here each week!

With only a few months to go before #GreyCup Week: Let’s get movin’!

“Simmy Hov” just seems to dial in his momentum-changing abilities when the Ticats need it the most, and his second pick-six of the season was timely in their Week 7 win over the Stampeders:

Quite possibly the most electrifying quarterback/receiver tandem is that of Michael Reilly and Lucky Whitehead. The BC Lions opened their Week7 tilt against Montreal with a BANG off this 75-yard catch and run from Lucky Whitehead!

And the touchdown dance following for Whitehead, didn’t disappoint either!

What’s more, the BC Lions did a very cool thing: Unveiling a stylized rendition of their logo for the team’s Orange Shirt Day game in Week 8, courtesy of artist Corinne Hunt:

The first 10,000 fans in attendance will receive a limited-edition t-shirt to wear when cheering on the Lions this Friday from BC Place!

"The idea that 10,000 people will be wearing this… they will be roaring: 'Give us peace, give us compassion, give us love' is incredible." – Kwakwaka'wakw/Tlingit artist Corrine Hunt

Hunt designed a stylized rendition of the #BCLions logo for the Orange Shirt Game on Sept 24th pic.twitter.com/NgoXi4rF2n

From Verdansk to Riderville

Professional Call of Duty player with Toronto Ultra: Jamie Craven, a.k.a. “Insight” took in last week’s action from Saskatchewan. He couldn’t have picked a better game as the Riders put on their “Lights Out” intro for fans, setting the mood for a decisive 30-16 victory over the Toronto Argonauts.

You can catch Insight streaming on Call of Duty right here: twitch.tv/insightgawd

As well, follow along with Canada’s Call of Duty team, Toronto Ultra.

One the most compelling storylines in 2021 has been the Roughriders’ “Canadian Air Force” at receiver with so much Canadian talent getting a shot in the spotlight. However, CFL rookie Kian Schaffer-Baker stole the show on offence in Week 7, including recording his first-career CFL touchdown in Week 7: WHAT A MOMENT.

Bombers Are A Cut Above

Winnipeg once again reminded us (not that we needed it) that it’s truly them vs. the rest of the league through seven weeks of football. The Bombers’ defence was simply too much for Edmonton in the second half, with a fumble recovery TD from Adam Bighill, and this pick-six, courtesy of DeAundre Alford:

And let’s talk about this incredible run from Nic Demski: WOW!

Edmonton Elks’ running back, James Wilder Jr. just seems to have a panache for broken tackles and incredible feats of strength. Here’s yet another one from Week 7 as part of a two-touchdown night:

Arguably the best 1-on-1 receiver in the CFL this year, Eugene Lewis once again had a gem of a catch in Week 7, in double coverage no less….

The creativity behind the game-win posts is unmatched with the Hamilton Tiger-Cats and Winnipeg Blue Bombers!

No CFL.ca writers’ feelings were hurt by the above, but it has been duly noted!