From the Editor’s Desk: We’re half way there! 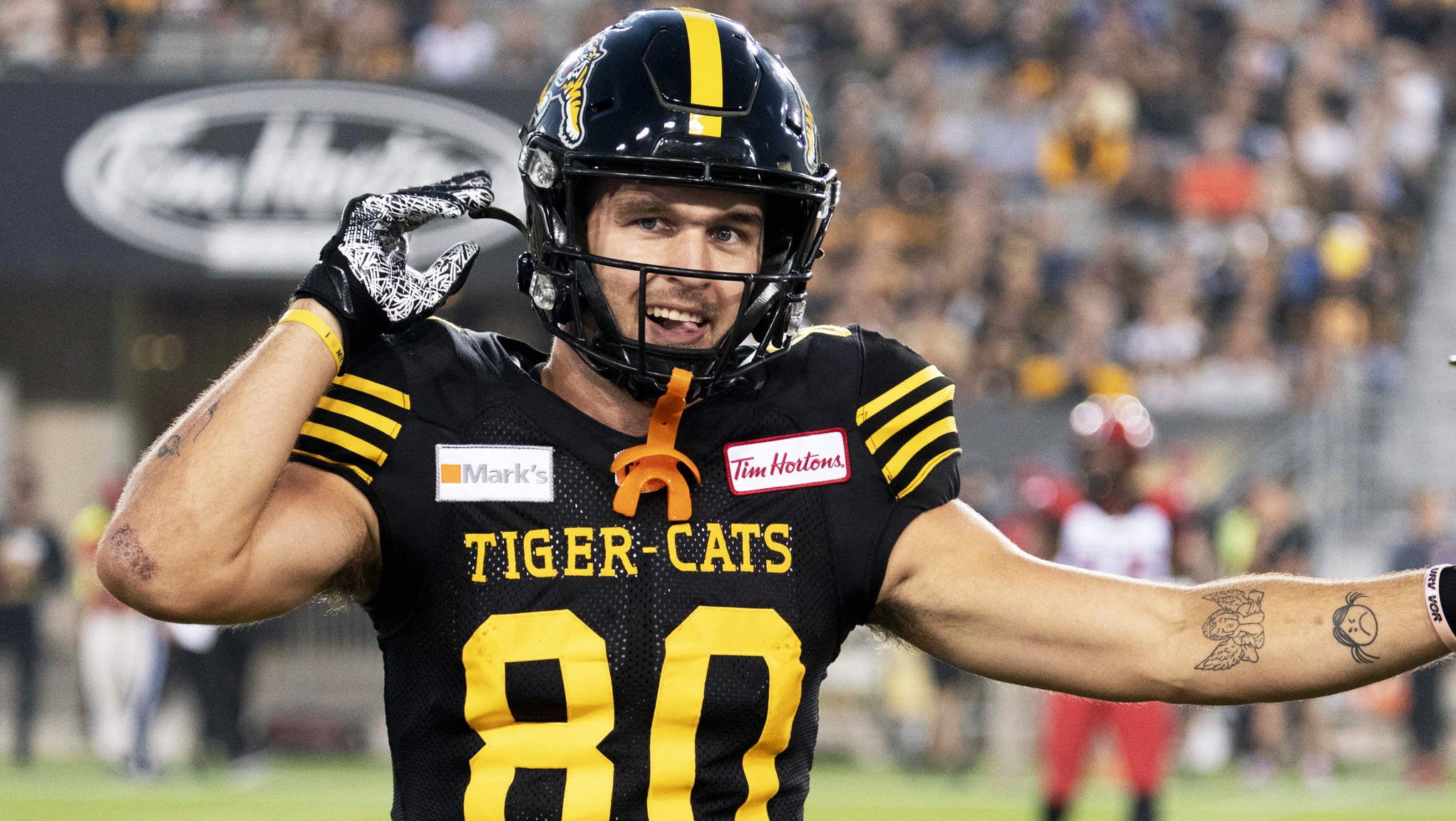 From the Editor’s Desk: We’re half way there!

It may be hard to believe, but we’re at the halfway point of the regular season with Week 8 set to kick off on Wednesday.

It feels like just yesterday we were getting ready for kickoff of the 2021 season back in August. But alas, we’re in the thick of it and we’re well on our way down the road to the playoffs.

Before we look that far ahead, let’s take a quick look back at last week.

It was the first week that I went over 100 points this year (finally!) thanks to a few big performances from a rookie, running back and quarterback.

Michael Reilly has been my best choice at QB this season and I’m glad I rolled with him again in Week 7. His 308 yards and two touchdown passes not only led his Lions over the Alouettes, but helped me with 23.6 points.

James Wilder Jr. rumbled for two touchdowns in his team’s loss against Winnipeg and added 25.1 points to my total. My value pick was Kian Schaffer-Baker, who was only $2,500, and after scoring his first CFL touchdown to go along with 99 receiving yards, totalled 24.9 points.

Here’s the rest of my roster: 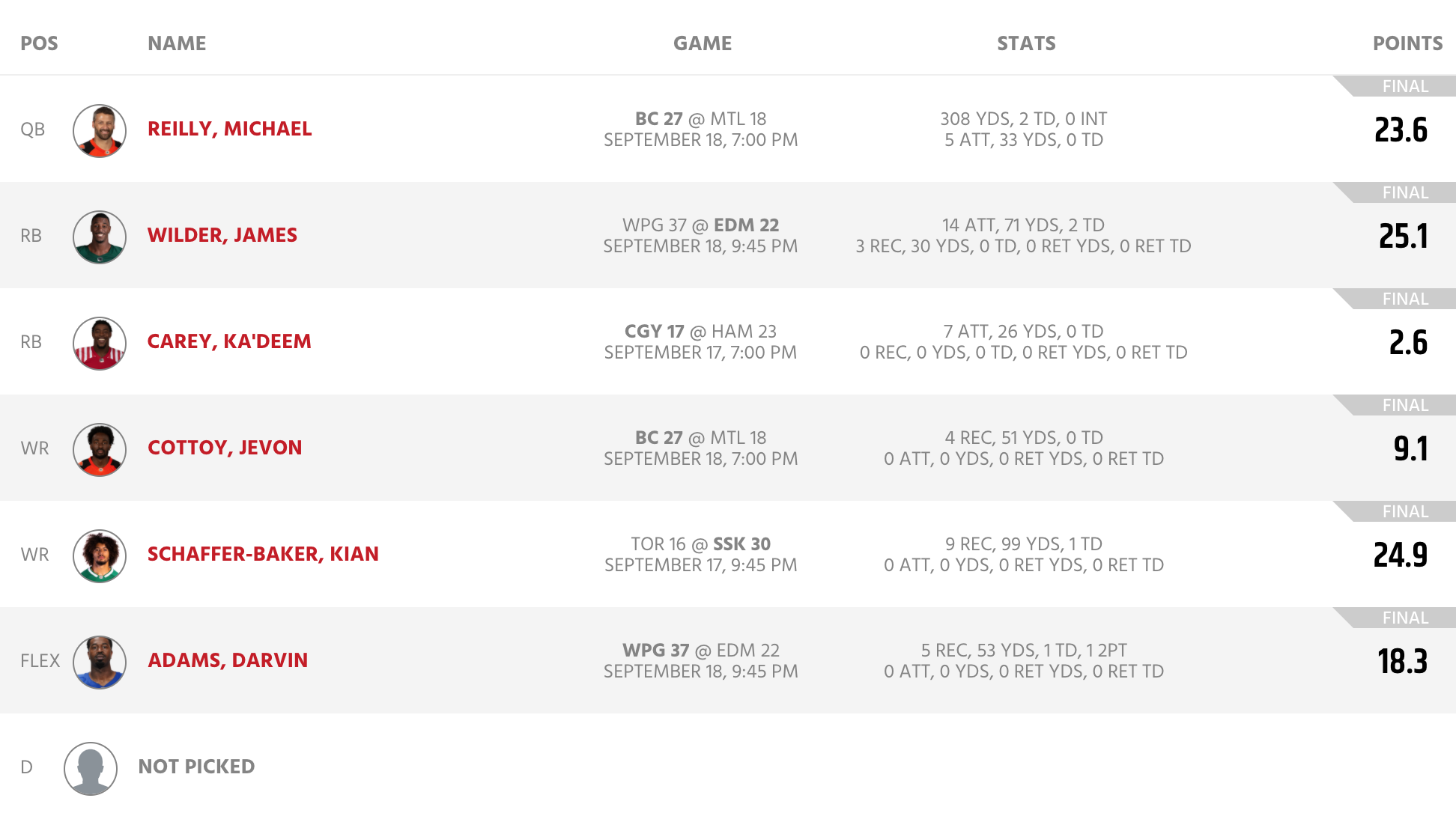 I’m going with Michael Reilly once again this week since he has yet to give me a bad outing when I’ve started him this year (famous last words…).

William Powell and D.J. Foster are my running backs. B.J. Cunningham and DaVaris Daniels fit into my receiver spots while Papi White, at $2,500, is my flex.

And as always, no defence. 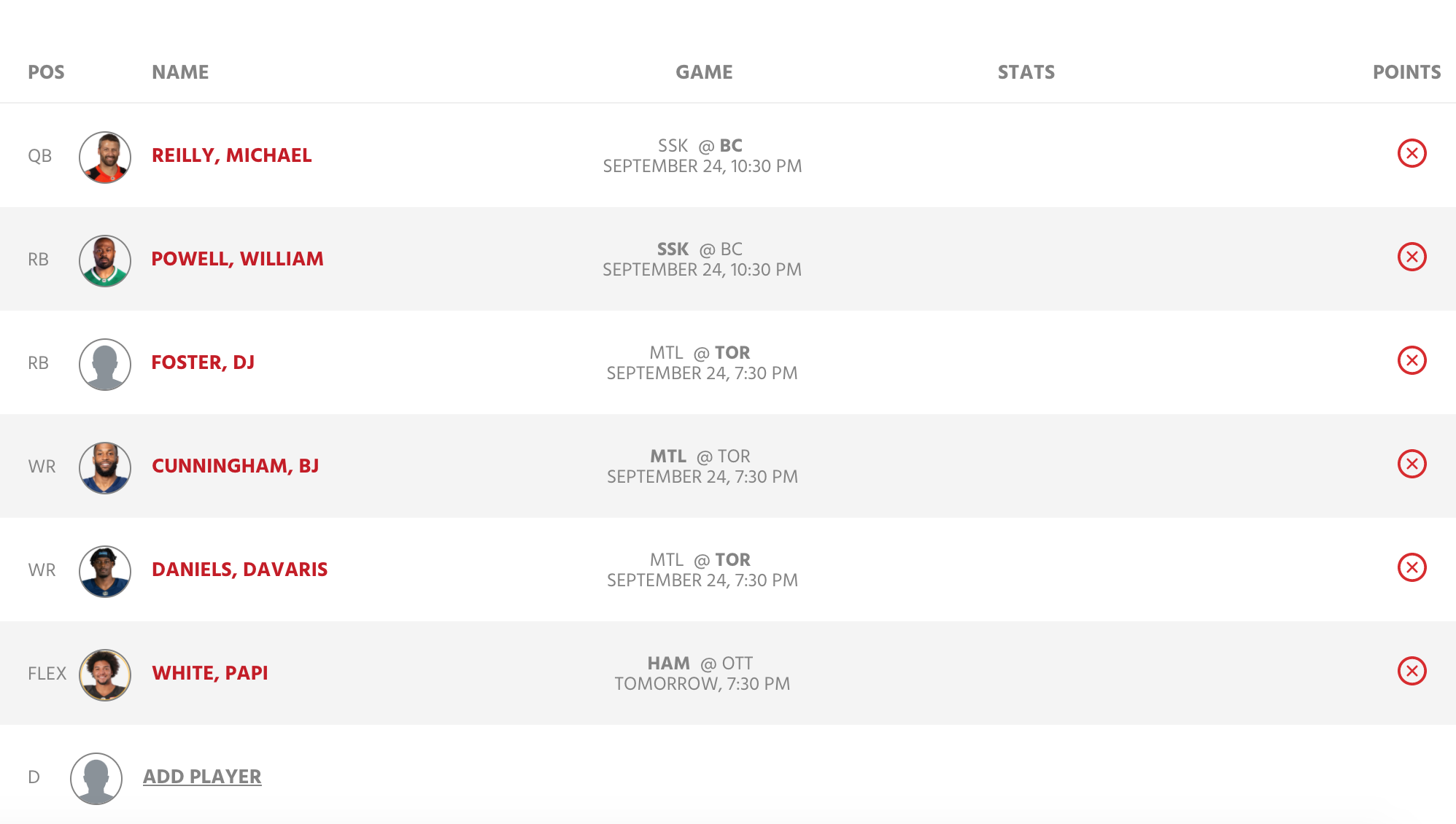 This game features two teams that haven’t had the offensive success they were likely hoping for through the first seven weeks of the season. Hamilton is last in net offence (267.7) while Ottawa sits just ahead with 275.2 yards per game. To go along with that, the REDBLACKS are last offensive points per game (14.4) and the Ticats sit in eighth in that category (15.7). But with the Tiger-Cats defence looking as good as it has in its last few games, I’m rolling with the visitors to win this one.

Both of these teams are going to be hungry for a win follow their Week 7 losses but I’m taking Vernon Adams Jr. and the Alouettes to hand the Argonauts their first loss at home this season on Friday.

The BC Lions are looking great after beating the Montreal Alouettes last week with both their offence and defence firing on all cylinders so I think this battle for second in the West goes to the home team. That being said, I do expect it to be a close one because we all know how good the Roughriders have been on both sides of the ball this year as well.