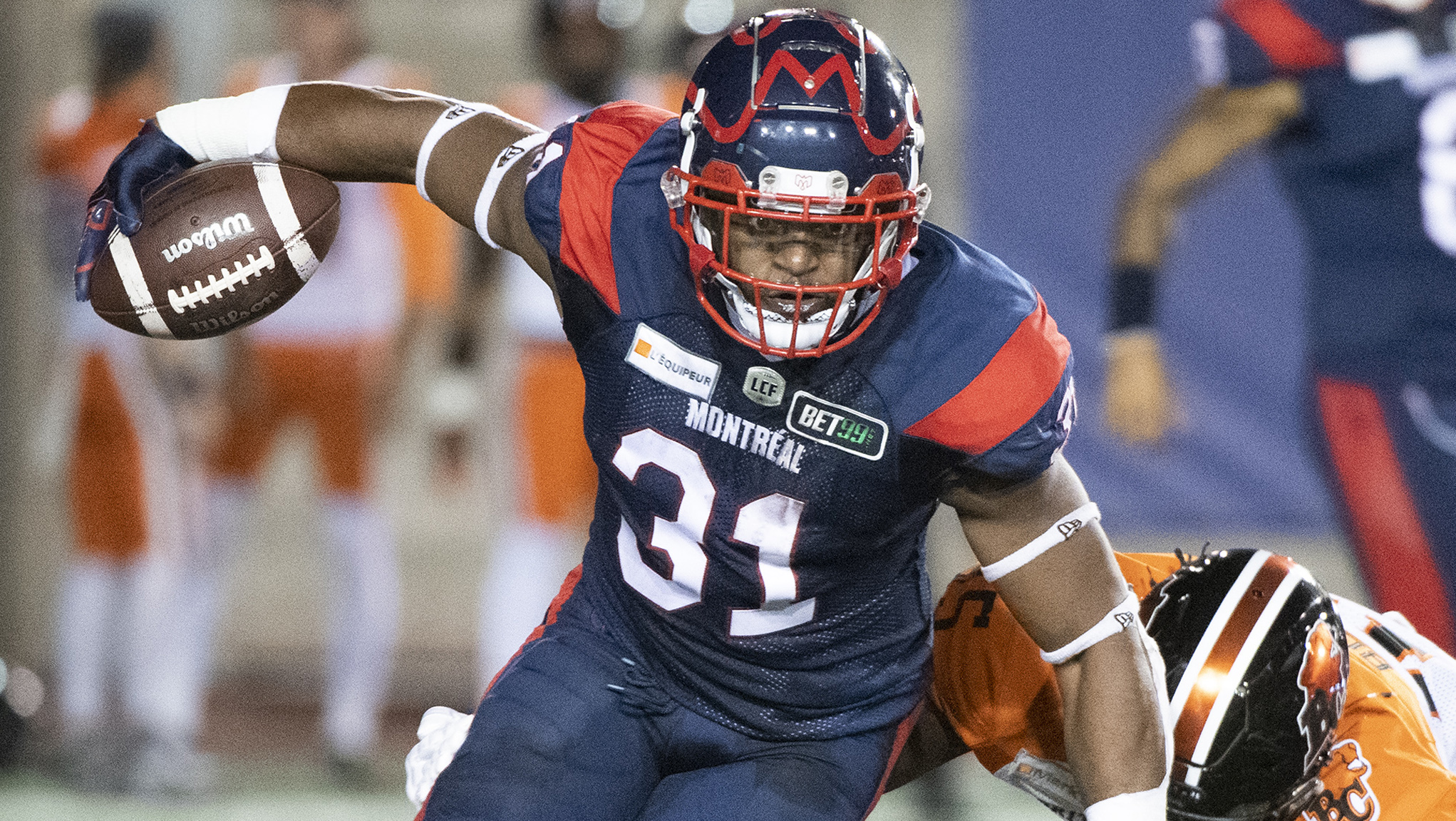 In any other functioning, things-working-the-way-they’re-supposed-to parallel universe, the CFL.ca writers would have started Week 7 off 1-0 with a unanimous selection of the Calgary Stampeders defeating the Hamilton Tiger-Cats.

Really, why wouldn’t you choose that way? The Stamps were coming off of a sound defensive effort against Edmonton that saw them sack Trevor Harris seven times. Bo Levi Mitchell didn’t look like himself for much of that game, but he connected with Kamar Jorden for a big 50-yard touchdown pass in the game’s dying minutes.

Add in that Mitchell had never lost to the Tiger-Cats AND throw into the equation that Dane Evans and Jeremiah Masoli were unavailable for Hamilton, leaving third-stringer David Watford to make his debut and this seemed like an easy choice. On top of Watford making the start, you could also consider that Hamilton’s less-than-stellar o-line would have to deal with that Calgary d-line that might still have had bits of Trevor Harris in its teeth from the previous game.

Then, of course, the Stamps’ returners caught fumble-itis. The QB mojo didn’t make the trip from Edmonton to Hamilton with Mitchell. Kamar Jorden was hurt and left the game. Simoni Lawrence found the ball and the end zone, again and the Ticats found a way to win.

That game turned out to be the epitome of what it’s been like trying to make predictions this season. The things you know, you actually don’t. More and more, history is not on your side. This is a world that’s rife with mistakes, miscalculations and misgivings. Unless you’re Jim Morris, who went 3-1 last week.

The rest of us blindly stumble through this new world, trying to make sense of it as we go. This week, with a rare triple-unanimous selection, the writers are in it together for better or worse. 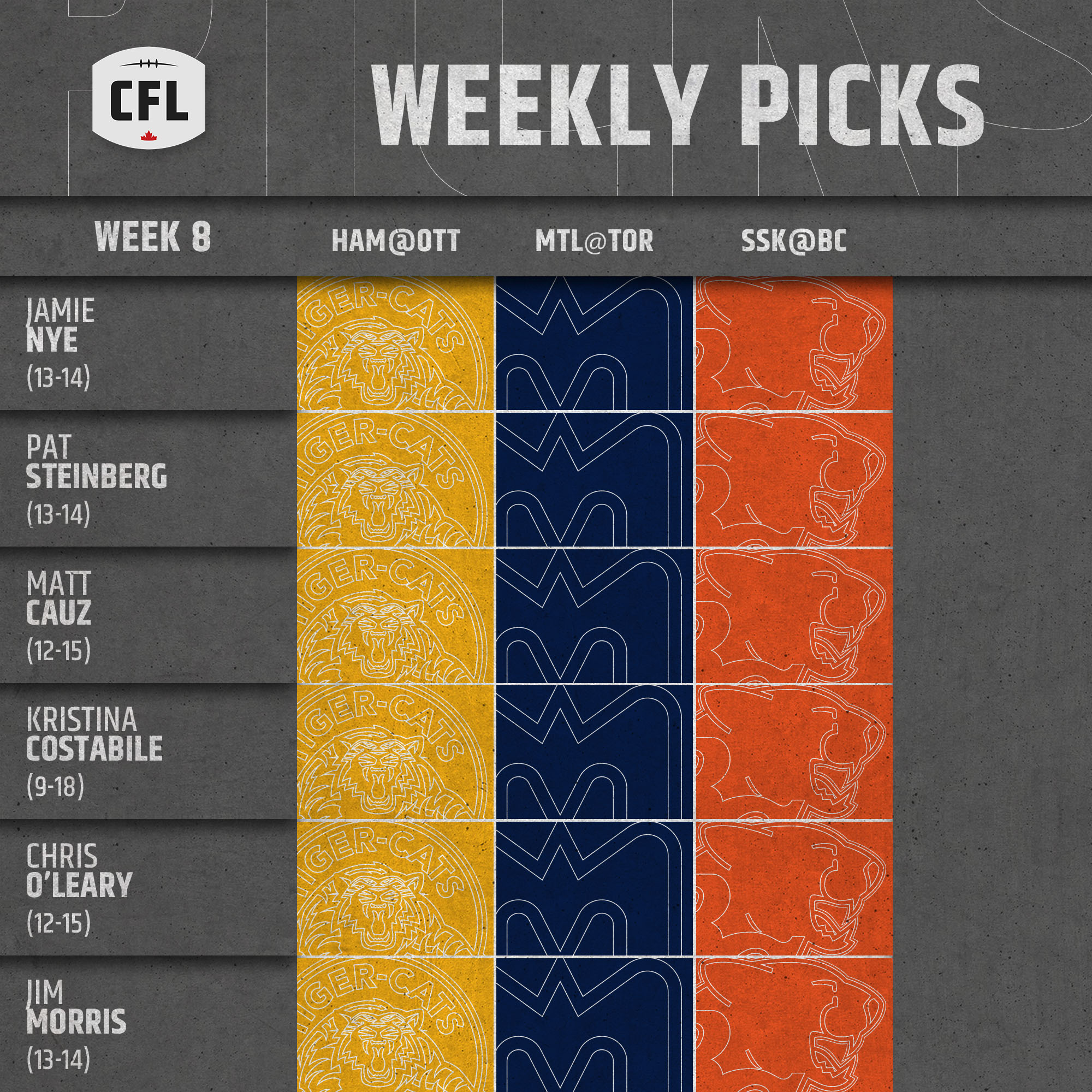 The Ticats didn’t get an offensive touchdown from David Watford et. al on Friday and it didn’t matter, because the defence is on a special tear right now, racking up stops and the occasional Simoni Lawrence major. They’ve also gotten great results out of returner Frankie Williams and kicker Taylor Bertolet. If the formula of hoping for more from your offence while your defence and special teams carry you sounds familiar, it’s because the REDBLACKS are the originators of it this season. The team to get some offensive production — without a QB throwing a costly turnover — is the one that will probably win this game. The group thinks that’ll be the Ticats.

The first game of Friday’s double-header could be a treat if the Als and Argos find their best selves for their date at BMO Field. There should be a hint of desperation from the Als, who are at risk of dropping to 2-4, with Hamilton and Toronto threatening to pull away in the standings. Both teams are looking to shake off forgettable performances in Week 7 and despite being at home, the writers see Vernon Adams Jr. and the Alouettes as the team that bounces back.

Week 8 ends with what feels like a heavyweight tilt at BC Place, with a pair of 4-2 teams meeting with their eyes already on a home playoff date. The Riders took the first meeting back in Week 1, when Michael Reilly‘s elbow limited his throwing ability and Nathan Rourke learned quickly but not quickly enough when he was thrown into the fray of pro football in a hostile environment. With Reilly playing at a high level, with Lucky Whitehead blossoming as a receiver and return option and with Rick Campbell’s defence locking teams down, the group thinks that’s a tough mountain to go on the road and climb.