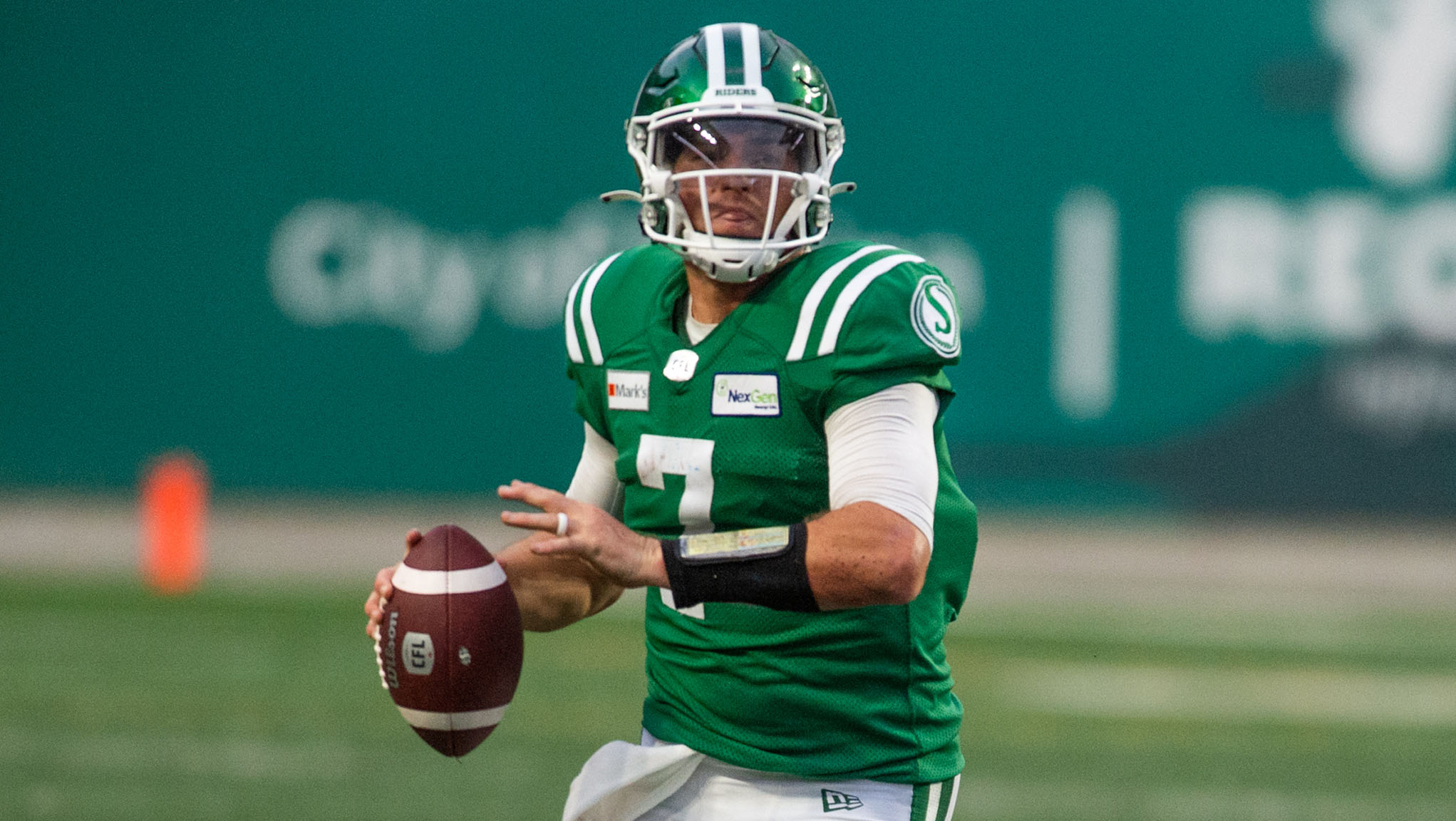 TORONTO — Similar to our standings and our power rankings, we haven’t seen a lot of movement at the top spot of the QB Index the last few weeks. With the Bombers sitting at 6-1, it’s their world at the moment and we’re all paying rent. With the Bombers on a bye week, the top spots in these rankings likely won’t move, but something interesting is afoot in this short week of action.

Cody Fajardo and the Saskatchewan Roughriders are on the road this week, visiting Michael Reilly and the BC Lions on Friday. Fajardo, who has moved up from No. 4 to No. 3 in this week’s QB Index, will go up against Reilly, who is holding down the No. 2 spot behind Zach Collaros, who sits in first.

Fajardo shook off the funk that can come from a pair of games against the Bombers and threw a pair of touchdowns in a win over the Argos at Mosaic Stadium. He passed for 212 yards and ran for 58 more, adding a touchdown on the ground to a complete effort to keep his team above .500.

In Montreal, Reilly put together another strong showing as the Lions’ fortunes are reversed from their 1-2 start, now having won three straight. Reilly made 21-25 passes on Saturday against the Als for 308 yards and two touchdowns, while rushing for 33 yards.

There are similarities between these two QBs and they collide at the perfect time, with identical 4-2 records. Friday night’s game should be a fun one and the ripple of it could lead to some change in next week’s rankings.

Collaros and the Bombers got out to a fast start last week, putting a pair of touchdowns on the board in the first quarter, before things slowed for them offensively. The formula for Collaros and his offence is working. The numbers don’t overwhelm, but he consistently finds those big plays and makes his opponents pay, week after week.

Reilly has now gone three straight games with 300-plus passing yards and is helping Lucky Whitehead blossom into one of the league’s top receivers. Also very impressive in Reilly’s season is that through his elbow injury — which seems to no longer be a factor for him — he’s thrown eight touchdowns to one interception.

Fajardo looked like his big-play-making self against the Argos, putting questions of his health and bad memories of the Bombers behind him. As we said above, this is a big week for a pair of 4-2 teams and for two quarterbacks that play the game in a similar way.

The numbers: 16-28 passing for 170 yards, zero TDs and an interception — are the antithesis of the Bo Levi Mitchell that we know. His pedigree and his overall record (78-21-2) as a starter suggest that he’ll find a way through this uncharacteristic stretch, but he and the Stampeders need to start finding answers when they come out of their bye week.

There are a few plays Adams will want back from last week, like the end zone interception he threw in the first half against the Lions, but the mistakes weren’t solely made by the QB in Week 7. The Als had three would-be TDs slip through their fingers, metaphorically and literally and it would have made the difference in a tight game against BC.

The yardage was there for Nick Arbuckle against the Riders — he threw for 309 yards on 22-33 passing — but the little things hurt the offence. Three forced fumbles, four sacks allowed and six turnovers overall make it tough to get a win on any week.

We’ll continue to learn about Cornelius when the Elks return from their bye week to face Ottawa, but his debut was promising. Up against a punishing defence, it was safe to say that some mistakes would eventually be made, but Cornelius showed arm strength and toughness. He now has a week off to recharge and dive further into the playbook and will get a full week of work to get ready for the REDBLACKS.

Watford’s debut was a modest one, but a decent building block for his second start on Wednesday in Ottawa. He was accurate, making 19-22 passes, though it was for just 149 yards, with 35 rushing yards added on. There were no interceptions, but no touchdowns either. That of course, will have to change if the Ticats want to stay in the mix in the East. Teams that lean too heavily on their defence and special teams can only get so far.

Davis has helped the REDBLACKS get some points on the board, which is probably a welcome relief to his offensive teammates, but he’ll need to clean up his game if (less important) he wants to climb these rankings and (most important) if he wants to get his team some wins. An opportunistic Ticats’ defence is likely licking its chops as it gets ready to go up against him on Wednesday night.