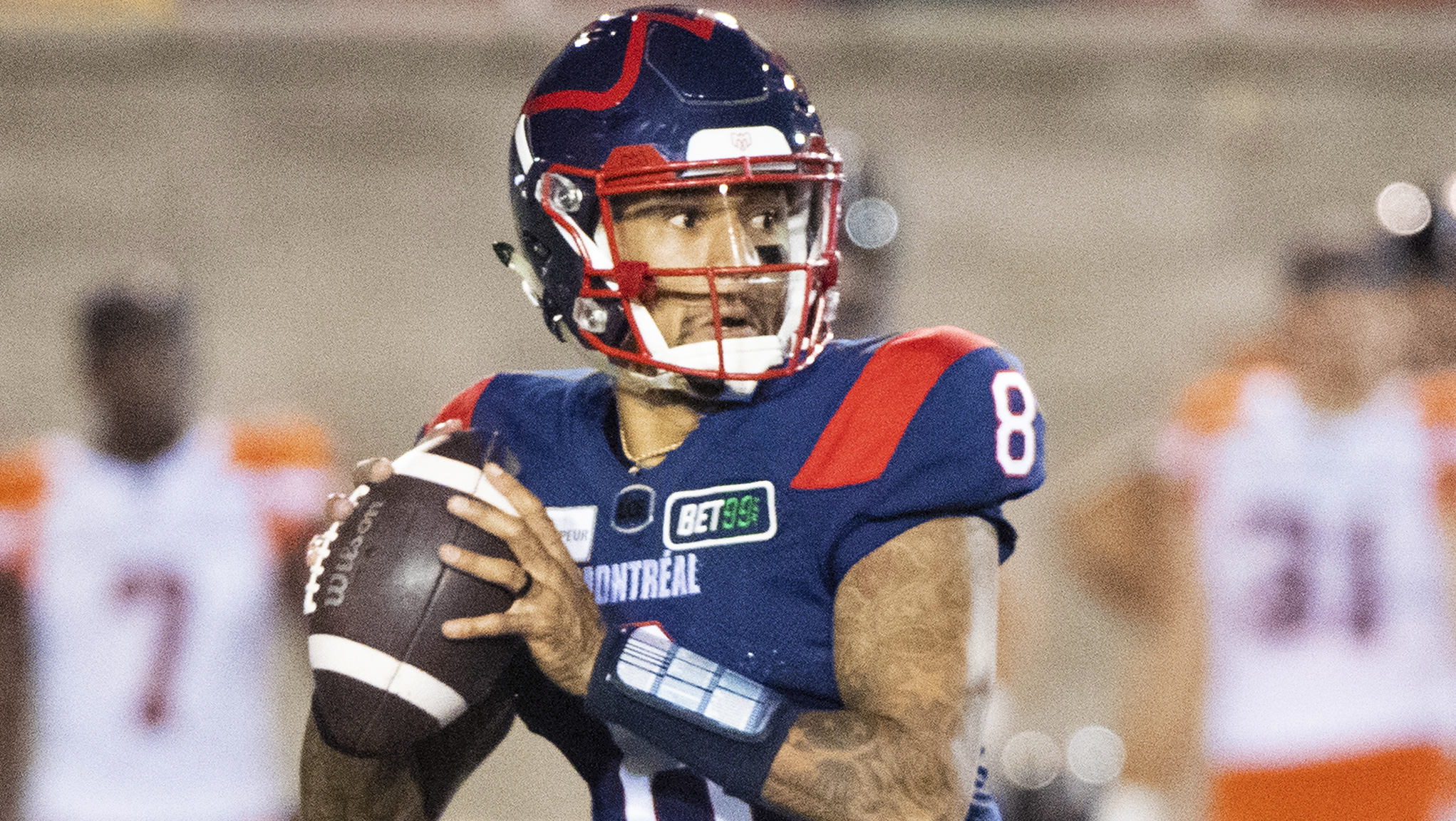 TORONTO — Week 8 gets underway on Wednesday night as the first of three matchups kicks off under the lights in the nation’s capital with the Hamilton Tiger-Cats visiting TD Place to take on the Ottawa REDBLACKS.

Things then move to Toronto on Friday for the first of two games on the night, as the Argonauts host the Montreal Alouettes to kick off the doubleheader. And finally, the BC Lions play host to the Saskatchewan Roughriders at BC Place. 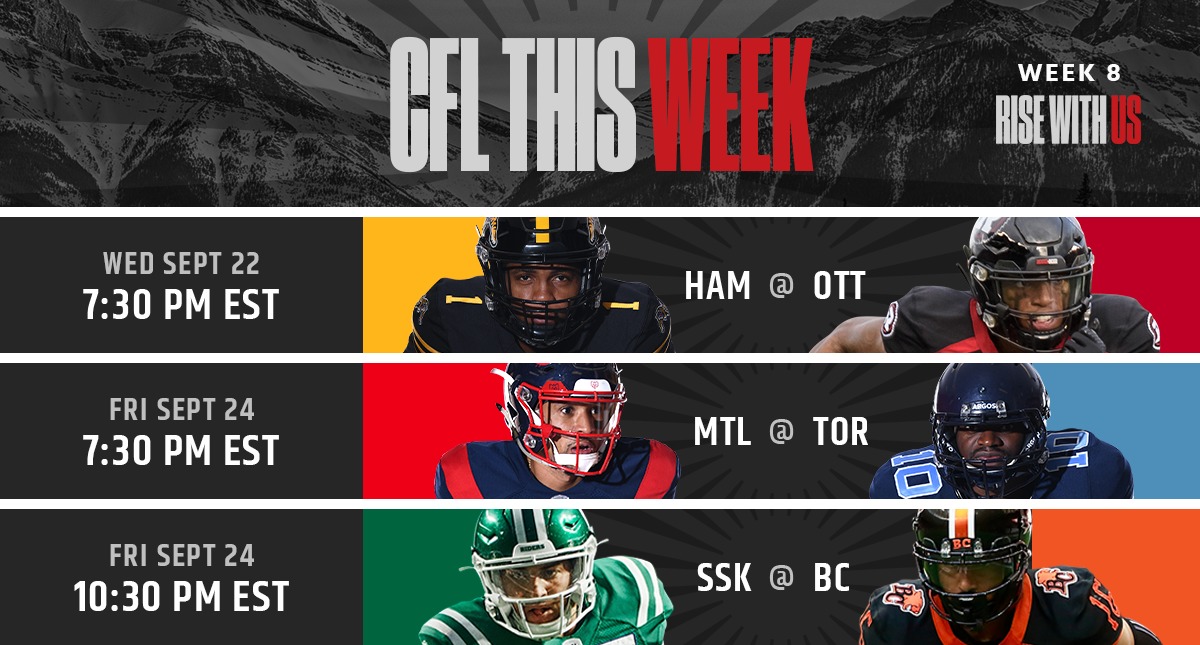