Start vs. Sit: Building around a solid running game 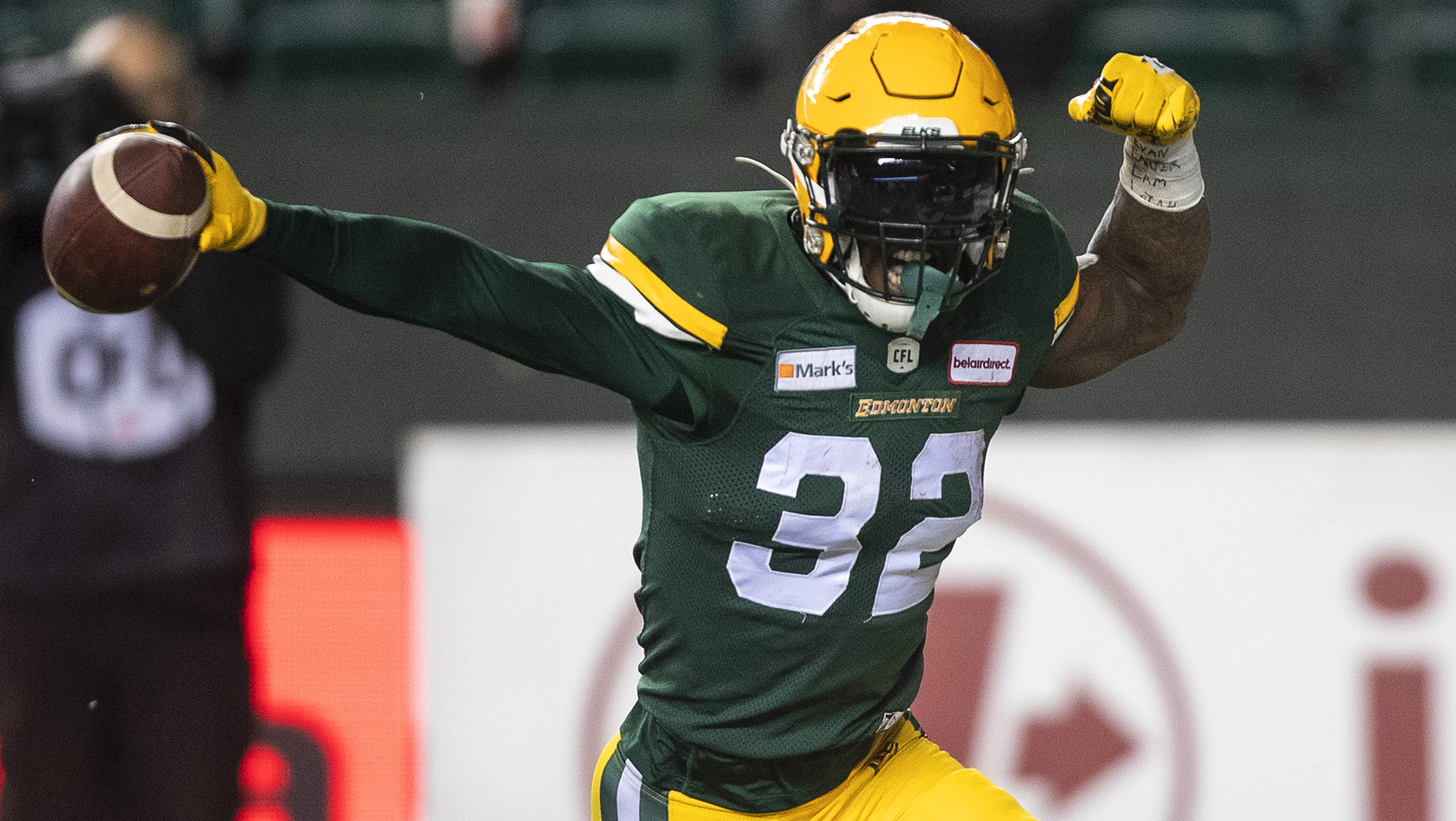 Start vs. Sit: Building around a solid running game

Week 9 starts early — very early — when the Elks visit the REDBLACKS on Tuesday night. The Argonauts are off this week, yet fantasy users can take heart that William Powell ($7,809), William Stanback ($8,701), and James Wilder Jr. ($9,632) are all in action, allowing for users to build the foundation of their lineups with a solid running game.

Based on the Over/Under, the best play for fantasy users will come on Saturday when the Alouettes visit the Tiger-Cats. This matchup could be really fun if Hamilton’s receiving corps gets healthier and Jeremiah Masoli ($9,527) gets the nod at pivot, which would allow the Ticats to perhaps return to their quick-strike ways.

Wilder is worth every penny as the Elks should build their offence around the league’s second-leading rusher going forward without pivot Trevor Harris ($10,834) for a second straight week. He’s rushed for at least 65 yards in each of his six starts and scored his first two majors in the Week 7 loss to Winnipeg.

Wilder is second to Montreal’s William Stanback with 20 carries of at least 10 yards and should find plenty of running lanes against an Ottawa defence that allows a league-high 110 rushing yards per game. There’s a good chance Wilder will also be more involved in the passing game. Elks starter Taylor Cornelius ($5,000) will face a more friendly defence this week after enduring a tough debut against Winnipeg. Edmonton’s uncertainty about its passing game is the biggest reason why Wilder is a must-start.

There was reason to have optimism about Harris turning the corner after hitting double-digit fantasy points in Weeks 4 and 6. That flame has flickered out, though, as Harris has only 51 yards on seven catches in his last two outings.

Almost all of this doesn’t fall on Harris. Ottawa’s passing game averages just 208.3 yards per game, and the REDBLACKS are the only team in the league that has yet to record a passing play of better than 50 yards. Regardless of who lines up at pivot on Tuesday, there’s little reason to think there’s fantasy gold in either Harris or the rest of Ottawa’s receiving corps.

Remember him? Adams used to be a familiar presence in this column, yet the emergence of Kenny Lawler ($7,434) and the dependability of Nic Demski ($7,805) has made him something of a forgotten man. Quietly, though, Adams has scored majors in his past two games and has recorded at least 10 fantasy points in four of his five games this season.

The Lions’ defence ($3,664) bends against the pass (276.1 yards allowed per game), but they’ve also allowed just five touchdown passes while recording a league-high 11 interceptions. Still, Adams is a good play here because Lawler and Demski will free him up to get favorable matchups. That should allow pivot Zach Collaros ($8,017) a chance to give Darvin a downfield shot or two.

Cooper’s 16.7 fantasy points in the Week 8 loss to the Roughriders is deceptive in that his rushing major offset the fact he rushed for -2 yards on a pair of carries and that he was pretty active in the receiving game (seven catches, 39 yards). There are no viable options outside of Cooper despite the fact BC has the league’s least-productive ground game, so there’s a sense of contrarian wisdom to suggest that there’s hope of improvement since Cooper is getting the bulk of the carries.

Winnipeg’s D ($5,131) is eighth in run defence and gives up a league-high 5.7 yards per carry. Suspect? Yes, but there’s also the sense that the Bombers won’t put the Lions in a position to let Cooper dictate the pace of the game with his running skills. 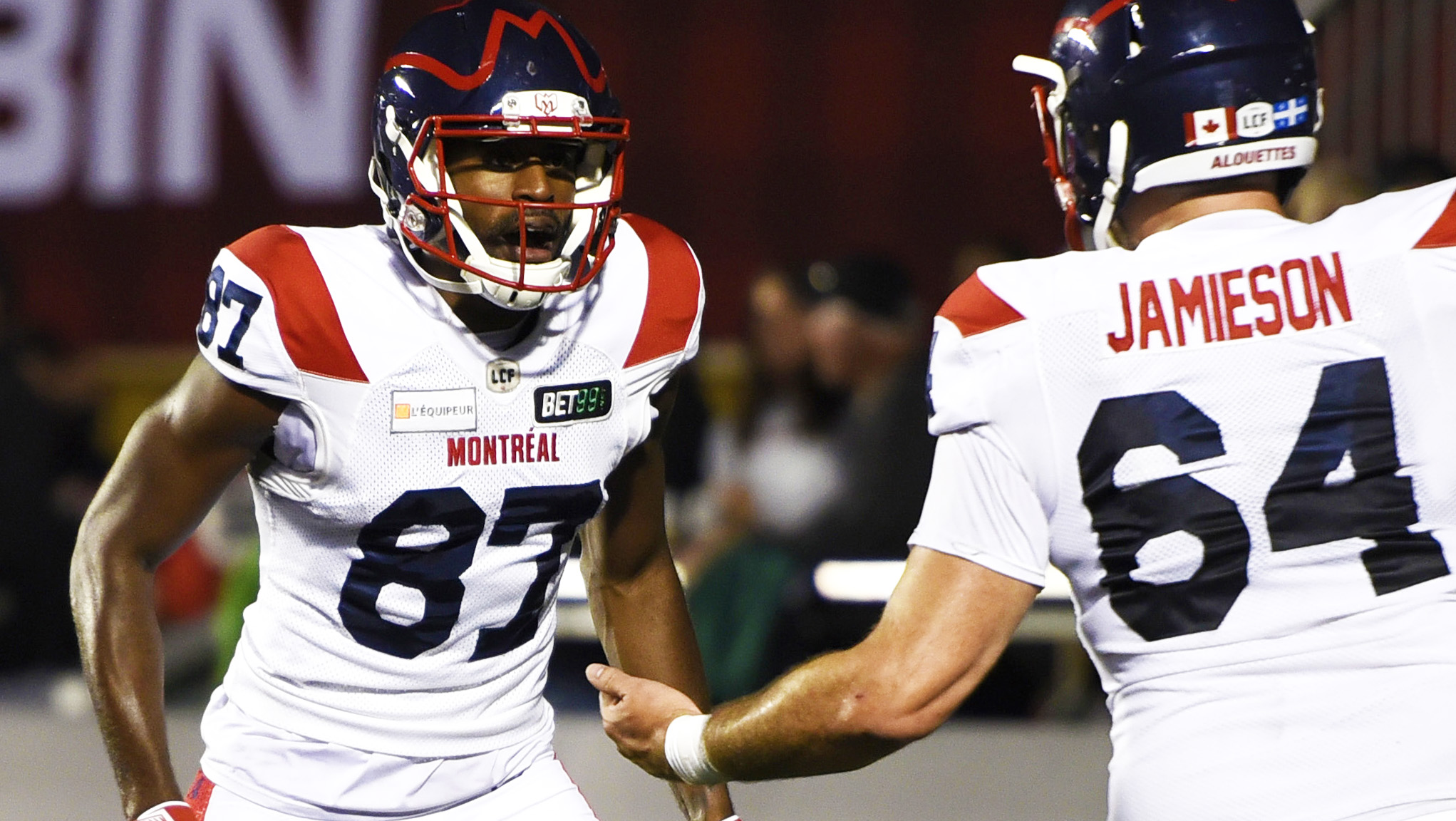 After a slow start, Lewis has re-established himself as the featured target of Montreal’s passing attack. Last week’s 25.2 fantasy points against Toronto was the second time in three games Lewis has scored at least 25 FP while also marking the fourth time in five games he’s put up double figures in FP.

Lewis has also scored all three of his touchdowns over the past three games and gets a matchup against a Hamilton pass defence that ranks seventh in yards after catch. This matchup should play right into the hands of Lewis’ strengths. The diversity of Montreal’s offence makes it unlikely that the Tiger-Cats can roll the focus of their attention on Lewis, not with William Stanback and Jake Wieneke ($8,981) on the field as well.

Star receiver Brandon Banks ($12,743) could be back on Saturday. If so, his presence should open things up for the ground game and breathe life in the league’s worst passing offence. However, the problem is that without a clear lead back, fantasy users will be disappointed if they choose to trust Hamilton’s running attack.

This week’s value play started to establish himself in last week’s win over BC, catching his first CFL major while catching all five of his targets for 71 yards. The former Cleveland Browns wideout looks set to become the game-altering threat Saskatchewan has lacked since the injury to Shaq Evans ($6,867) in Week 2.

Calgary still leads the league in passing yards allowed (281.1) and yards after the catch (760) and has recorded a league-low two interceptions. As pivot Cody Fajardo ($12,213) continues to get comfortable with Louis, fantasy users will have to accept the reality that this might be the last time the receiver will be offered at such a low salary.

There are many reasons behind Mitchell’s disappointing numbers this season, but the fact is that the former All-Star is no longer a pivot that can carry a fantasy team. Mitchell has just two touchdowns this season while also throwing seven interceptions. Making matters more frustrating is that Mitchell’s completion percentage is just under 56 percent in the last two games.

On paper, this could be a rebound opportunity for Mitchell, who faces a Roughriders defence that’s given up 12 completions of better than 30 yards and 10 passing majors. The problem is that the Stamps’ receiving corps has not thrived at the level it did when Jake Maier ($8,419) was running the offence when Mitchell was on the Injured List.