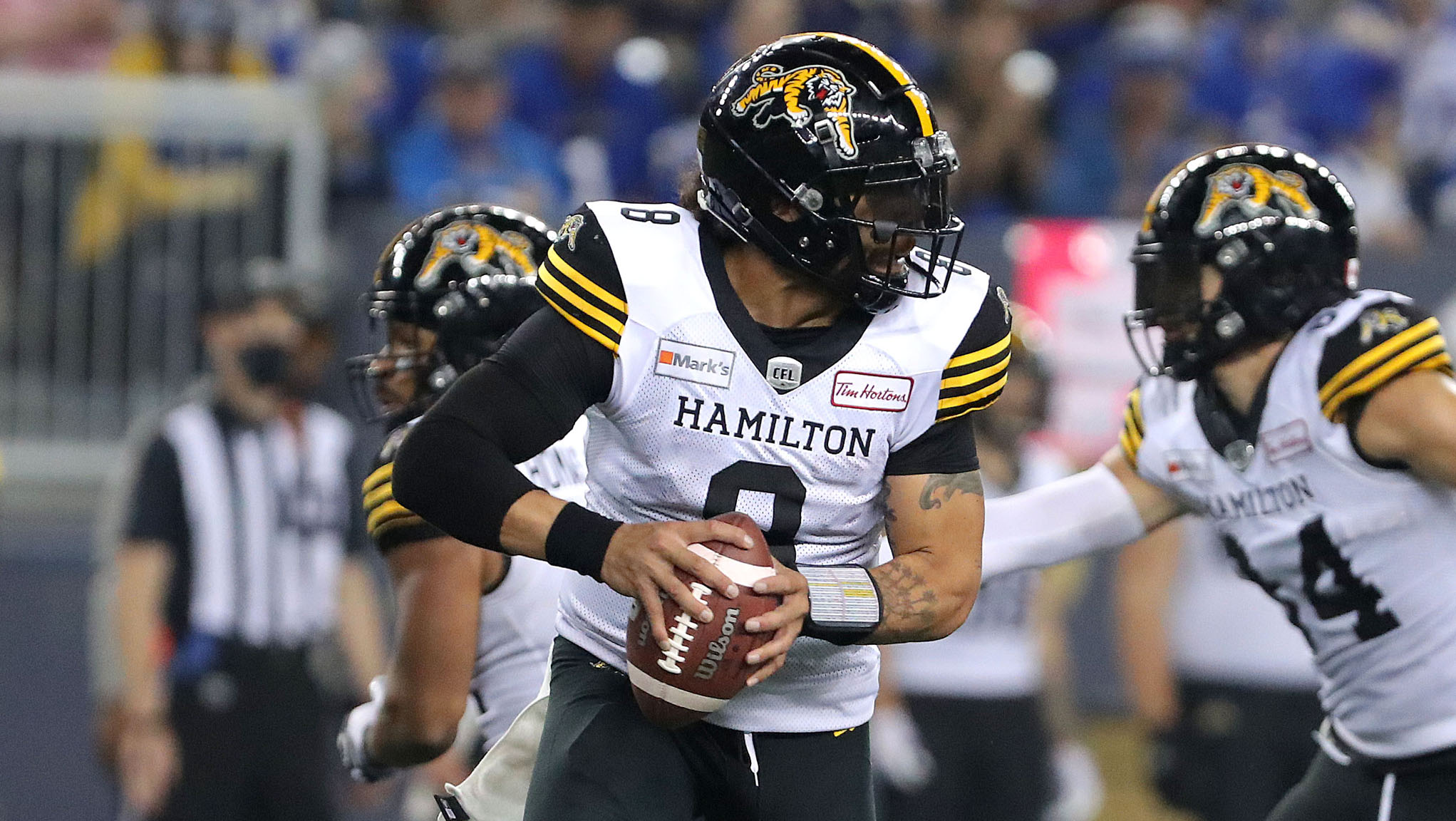 HAMILTON — After limping through the first half of the season with significant injuries, the Hamilton Tiger-Cats are in position to bring some of their best players back into action on Saturday.

Quarterback Jeremiah Masoli and receivers Brandon Banks and Bralon Addison were all listed as starters on the Ticats’ depth chart, marking a significant influx of talent available to head coach Orlondo Steinauer for when his team hosts the Montreal Alouettes on Saturday (4 p.m. ET, TSN).

Masoli hasn’t played since Week 2 of the season, when he suffered a rib injury against the Saskatchewan Roughriders. The Ticats turned to Dane Evans, but only had his services for three games, before he was injured in the Labour Day rematch against the Toronto Argonauts. Hamilton has leaned on third-stringer David Watford for the past two games. Watford won both of his contests, downing Calgary and Ottawa.

Masoli made 41-66 passes for 377 yards, a touchdown and four interceptions in the limited action he’s seen this season.

Banks last saw action in Week 5, when a rib injury sidelined him. The reigning CFL MOP has 18 receptions for 157 yards through four games.

Addison was a key component of the Ticats’ 2019 offensive success. A CFL and East-Division All-Star last season, he had 95 catches for 1,236 yards and seven touchdowns. The 27-year-old was put on the active roster this week and is set to make his 2021 debut, after a leg injury had kept him on the sidelines to start the season.

The 4-3 Ticats are looking for a win to gain some ground on the Argos in first place in the East Division. The Alouettes are 2-4 and trying to end a two-game losing streak that has them just ahead of Ottawa for third place in the East.