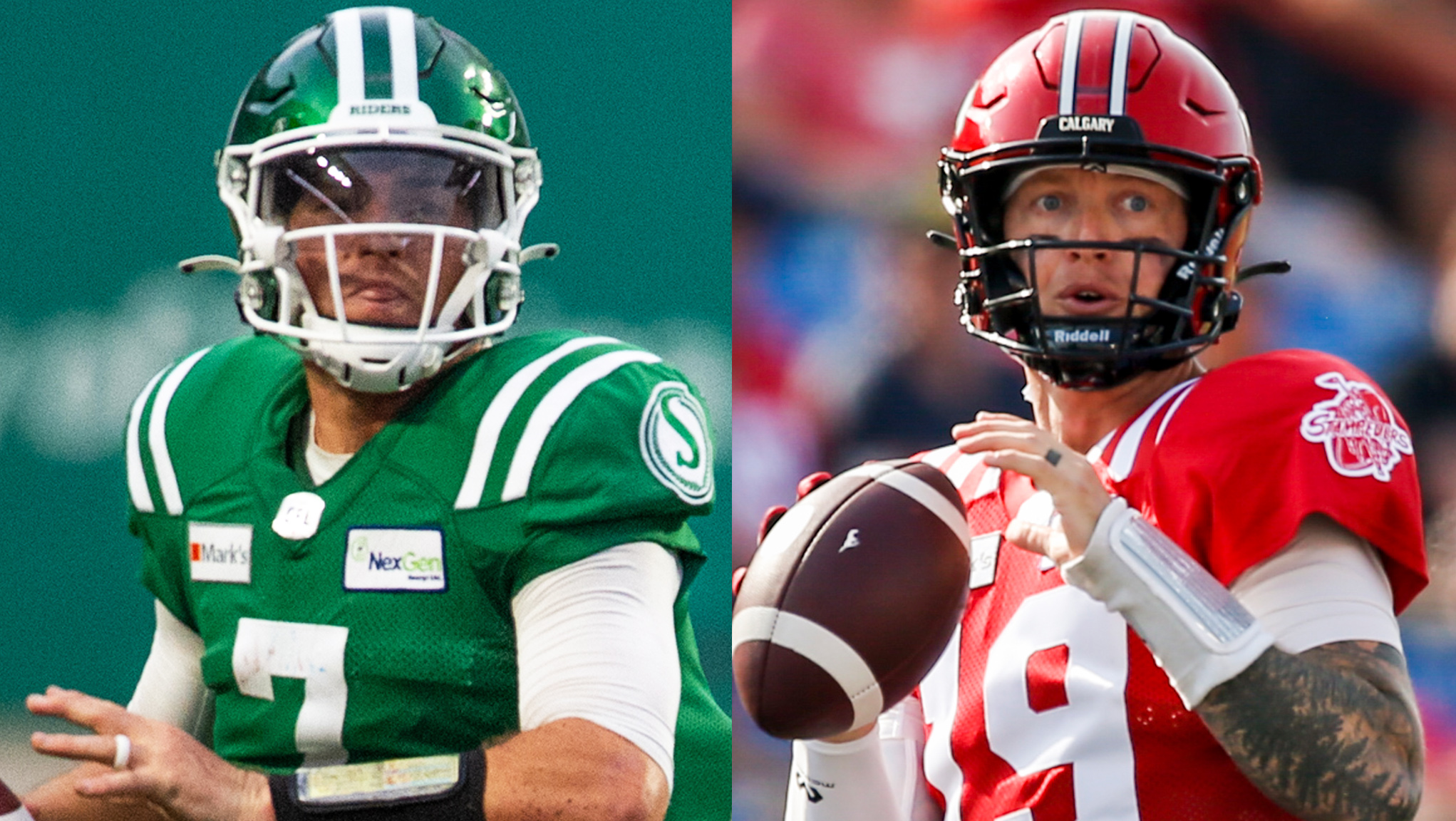 CALGARY —  On the heels of a miraculous fourth-quarter comeback by Cody Fajardo and the Saskatchewan Roughriders, the team looks to keep their foot on the pedal against the Calgary Stampeders.

After enjoying a long and successful stretch of home games at Mosaic Stadium, where five of their first seven games were played, the opposite is about to unfold. Over the back half of the schedule, the league’s fourth-highest scoring offence will have to get comfortable being uncomfortable on the road in loud and hostile environments.

This week, the Riders and Stamps face off for the first of a three game series that will have implications in the standings in the West Division.

Having given up only seven sacks on the year, the Stamps share the league lead in the with the Montreal Alouettes. Complementary to their ability to protect their quarterback, Calgary’s offensive line play has factored in their ability to record six rushing touchdowns on the year.

With his team not yet played the Stamps so far this season, Riders head coach Craig Dickenson is well aware of the level of talent the Stamps have along their offensive line.

As for their defensive line, 12 sacks on the season may not seem like much relative to the 22 sacks the Riders have, but the unit has shown they are capable of wrecking games. In Week 6, the Stampeders defensive line accounted seven sacks against the Edmonton Elks all coming from Stefen Banks (3), Shawn Lemon (3) and Mike Rose (1) while Lemon recorded another pair of sacks against the Hamilton Tiger-Cats a week later.

Given the upward trajectory of the Stamps’ defence and the play of Shawn Lemon, the Riders bench boss has been keeping an eye on them and what factor they may play in Saturday’s meeting.

“I know Calgary’s struggled a little bit early in the season generating pressure but boy, they did well against Edmonton that second game and I think that defensive staff over there is really intelligent and they do a heck of a job,” said Craig Dickenson.

Another thing Craig Dickenson has taken into account is Calgary’s 14-2 record over the last 10 years when coming off a bye week with their second loss only coming in 2019 to the Montreal Alouettes.

For Calgary, Saturday will present the start of a stretch that, if they win out and collect all six points, could see them tie with the Riders in the West Division.

Knowing how the Riders’ offence is a threat to score on every possession and anywhere on the field, Stamps’ head coach Dave Dickenson knows he and his defence have to be prepared for anything.

“We’ll see how Jason (Maas)calls it,” said Dave Dickenson. “He’s got a great first-down plan; he’s got tonnes of motions, deceptions, quick throws, double moves and they run the ball well. First down is a key as it always is, but if you get them into second and long usually you can have a little more success. That’s not just them, that’s every team. We need to do that to get them off the field.”

On the opposite side of the line, the Stampeders head coach talked about how his offensive line will handle the potent, Jonathan Woodard-led Riders’ defensive line.

“Sask has got a lot of sacks on four-man rush,” said Dave Dickenson. “They’ve just won their battles and they give you a lot of edge pressure and then Deon (Lacey) comes right up the middle and runs a little stunt inside. It’s definitely a point of emphasis for their defence. We’ll have to be at our best to make sure our quarterback stands upright.”

With the Stamps’ receiving corps taking a blow with injuries to Kamar Jordan and Josh Huff, who will not suit up for the team on Saturday, Markeith Ambles is looking forward to helping the Stamps’ offence in any way possible.

“Just come prepared and try to help the new guys be as prepared as possible,” said Ambles. “Just be a leader out there, make plays and force everyone else to make plays as well so we can out come out with a win.”

Going up against one of the few press-man coverage teams in the CFL with the Riders’ secondary, Ambles knows the Green and White will present a different challenge.

“That’s definitely what I’m used to coming from down south,” said Ambles. “I like to play physical so I’d rather him be closer than farther away.”

You can catch the second game of Saturday’s doubleheader at 7:00 p.m. ET kickoff on TSN and ESPN+ or follow along with CFL.ca’s Game Tracker.