Power Rankings: The rise of the REDBLACKS 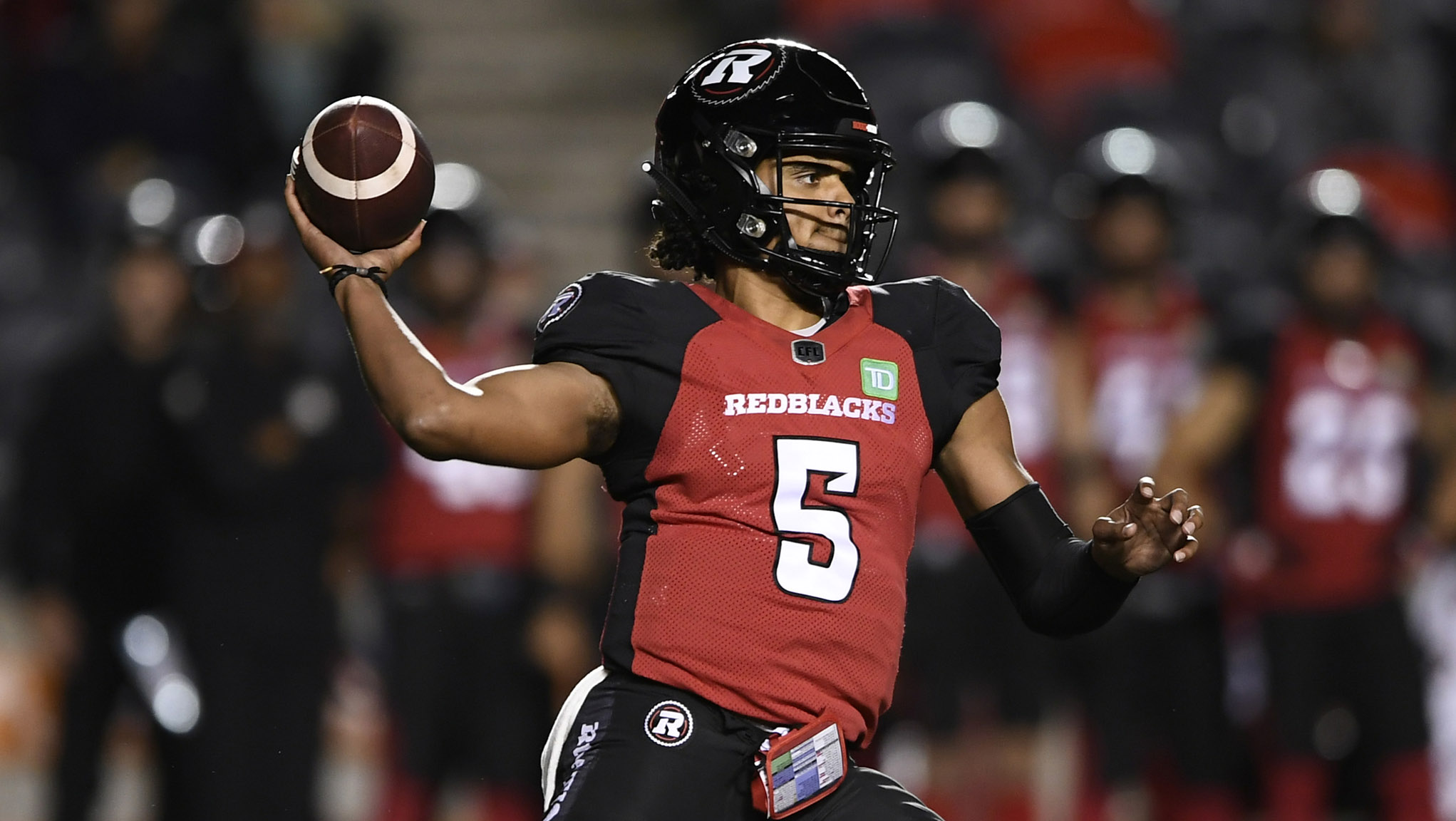 Power Rankings: The rise of the REDBLACKS

TORONTO — Through the nine weeks of completed action in this season, there were two constants that for better and worse, we’d come to rely upon in the power rankings.

One is the continued dominance of the Winnipeg Blue Bombers.

Zach Collaros and Co. put on a show against the BC Lions on Friday, thumping them at BC Place, 30-9. That hasn’t changed and with that, neither has their spot in our rankings.

The other thing that hadn’t changed at all this season was way at the other end of the rankings and involved the Ottawa REDBLACKS.

We’re happy to report that there is change on that front. It’s been a long, painful haul for the REDBLACKS and their fans, but their 34-24 win over Edmonton on Tuesday was the step the team needed to get out of the cellar of these rankings. With their win over Edmonton, the REDBLACKS took the season series and matched the Elks with a 2-5 record, making for something of a joyous time in Ottawa and something less so in Edmonton. That may give you an indication of who has moved into the last spot this week.

We’ve come to expect strong defensive performances from the Bombers, so to see the offence hang 510 yards on the Lions, with 400-plus off the arm of Collaros was an impressive thing. That’s not to say that the Bombers’ defence didn’t make its impact on the game. They racked up six QB sacks and held the Lions to 248 yards and in limiting them to three field goals haven’t allowed a passing touchdown in five games.

The Riders almost conjured up some final drive magic for the second week in a row, but weren’t able to get an answer on their Hail Mary attempt against the Stamps. Cody Fajardo expressed some frustration after the loss with an inability to complete deep passes. He also said that Shaq Evans — a key target on those long bombs — was a week or two away from returning to action. Some big play help in the interim would go a long way as the Riders try to stay close to the Bombers in the standings.

McLeod Bethel-Thompson will get the start on Wednesday against the REDBLACKS, after leading the Argos to a Week 8 win over Montreal. A rested Argos team will need to be sharp against an Ottawa team that with Caleb Evans as the starting QB is a little less predictable. The Argos will also have their Thanksgiving Monday date with the Ticats in the back of their minds while they ready for Ottawa. This might be the most challenging week in the team’s season.

The way the Bombers are playing, the outcome of Friday night’s game shouldn’t surprise anyone, but there will be things that the Lions would have liked to have done better. QB protection is at the top of that list, as are the byproducts that cascade down from it, like long drives and touchdowns. The Lions get a bye then host Calgary to close out their three-game homestand. The one game of the three that seemed like a given a couple weeks back has a different feel now.

The Ticats are licking their wounds after letting a 14-point fourth-quarter lead get away from them. Their 11-game home winning streak snapped, they’re in the middle (upper-middle, let’s say, but still the middle) of what could shape up to be a very competitive race in the East Division. They’ll host what will likely be a tired Argos team on Thanksgiving Monday, coming off of their game against the REDBLACKS on Wednesday this week.

The Alouettes will hope that Saturday’s OT win will be the thing that can spark them into a more consistent second half of the season. They certainly looked like their old, highly entertaining 2019 version of themselves. Their Thanksgiving Monday meeting with the REDBLACKS comes at a good time for them, with a young and confident team (albeit possibly a tired one, after playing in Toronto on Wednesday) that will test that desire to be consistently good. That patchwork o-line that they finished the game with in Hamilton will be a thing to keep an eye on this week.

Bo Levi Mitchell got the Stamps out to as good a start as you could hope for, connecting on TDs with Malik Henry and Shawn Bane to get his team up 14-0 in the first quarter. Then the offence came to a halt again. Mitchell left the game early with a shoulder injury and fortunately for the Stamps, they have a little time to see how he’s doing this week, before they head to Regina to face the Roughriders on Saturday for the second time in as many weeks.

There are so many unknowns when a rookie QB gets his CFL start in the middle of the season and more often than not, it doesn’t go well for him. Caleb Evans showed a ton of promise in his debut and the energy he brought to the offence spilled over to the rest of the team in its win over Edmonton. It figures to be a bumpy ride for him as he learns the ins and outs of CFL quarterbacking, but the REDBLACKS were a lot of fun to watch last week. We’re hoping it stays that way as the team heads into a pair of games in a five-day span.

Even with Trevor Harris sidelined, very few people picked Edmonton to fall to Ottawa last week. The Elks are last in the West in points scored, last in the division in points allowed and are winless at home, the capper in what’s been a puzzling run for them in 2021. It gets no easier for them either, with a game in Winnipeg this week, then another turn hosting the Bombers at Commonwealth Stadium a week later.