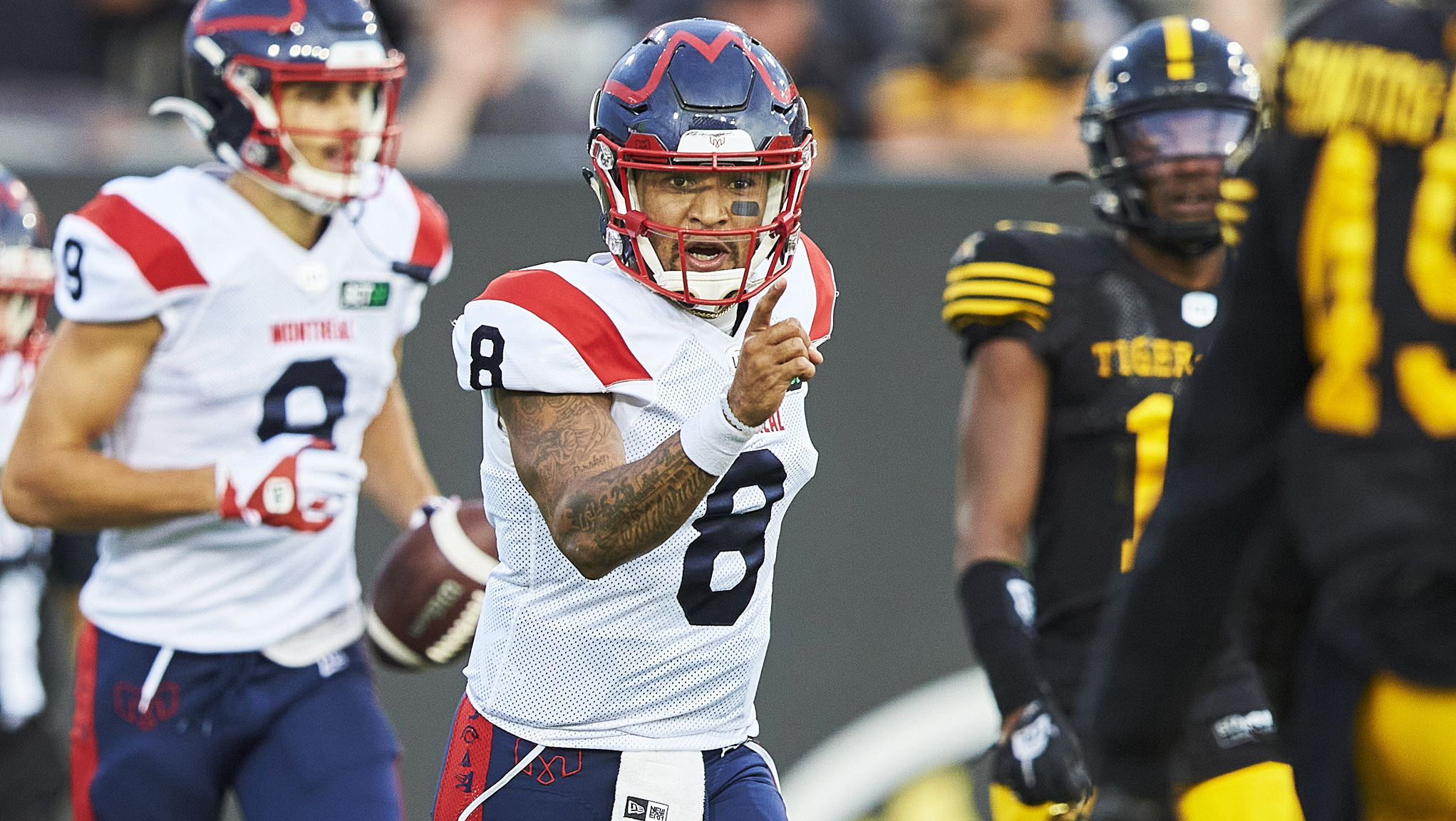 With the results of this past week in the books, all nine teams are at least halfway done the 2021 season. While Winnipeg is clearly the class of the CFL, the rest of the pecking order is still up for debate. Making things more complicated were the results of Week 9, where three teams may very well have turned their seasons around.

Let’s start in reverse order with Calgary’s tense 23-17 win over Saskatchewan on Saturday night. It was exactly what the Stampeders needed to keep pace with teams they’re chasing, or in most cases this week, gain ground on them. All of a sudden, Calgary’s playoff outlook looks a whole lot more realistic.

With the win, the Stamps trimmed the gap to Saskatchewan to two games. While that’s still a steep hill to climb, it’s important to note these two rivals play twice more before the end of the month. Calgary also has two head-to-head battles with the Lions down the stretch. That’s more significant now after BC’s loss to the Bombers, as the gap to third place in the West Division is down to one game.

It was a step forward for the Stamps on the field, too. Bo Levi Mitchell looked far more like the elite quarterback we’ve come to know, specifically in the first half. At the end of the night, Mitchell finished with a pair of touchdowns on 184 yards passing. Mitchell revealed post-game he’s been bothered by shoulder soreness recently and ended up aggravating something late in the game. Nonetheless, it was a big step forward for Calgary’s franchise guy.

Earlier on Saturday, it was Montreal’s turn to pull out a win in dramatic fashion…and that’s probably underselling it. I can’t remember a game where a team stared down adversity and avoided disaster as many times as the Alouettes did against Hamilton. Even more impressively, they did it with their season on the edge of slipping away.

Montreal lost quarterback Vernon Adams Jr. in the first quarter and initially feared he wouldn’t return. Well, he did, and one crisis was averted…but that was just the beginning. The Als fell down 17-3 in the fourth quarter before getting their offence in gear with a Jake Wieneke touchdown and a David Côté field goal. But that momentum looked to be derailed with just over two minutes remaining.

In the midst of a potential go-ahead touchdown drive and on the edge of the red zone, Adams threw what looked to be a gut punch interception. But, thanks to a big second down sack from Chris Ackie, Montreal got the ball back with solid field position. Not once, but twice, Adams converted huge third down passes to Eugene Lewis, including an insane 28-yard strike for a touchdown to take the lead. But the game of the week still wasn’t done throwing curveballs.

With 19 seconds on the clock, the Tiger-Cats somehow drove the ball to get Taylor Bertolet into position for a difficult 55-yard field goal. He nailed it to send the game to overtime where, of course, Hamilton got the ball first. But, after a Hamilton turnover, the Alouettes won the game two plays later to finally complete the gauntlet of obstacles thrown at them all night long.

In doing so, Montreal swung their fortunes in a massive way. They could have been sitting 2-5 and looking up at Calgary for a playoff spot by virtue of the crossover. Instead, the Als kept the Stamps behind them while also staying ahead of Ottawa. Finally, and most importantly, Montreal moved within a win of the Ticats in their final head-to-head meeting this year. As thrilling as the win was, I’m not overstating it when I say it likely saved their season.

As for the aforementioned REDBLACKS, they started the week Tuesday by winning a game they absolutely needed to have. Led by 23-year-old rookie quarterback Caleb Evans, Ottawa snapped a five-game skid with a 34-24 win over Edmonton, putting them right back in the mix.

Evans threw for three touchdowns, no interceptions, just seven incomplete passes, and added 59 rushing yards in an explosive professional debut. The Louisiana-Monroe product was exciting to watch and wasn’t afraid to take a few shots in what was the best performance by a REDBLACKS quarterback all season. It’s one game so I’m not declaring anything, but if Ottawa has found a permanent option at the position, that would be the biggest turning point of all.

Despite the difficulties the REDBLACKS have endured at different times, there’s still reason for optimism in the second half. Four of Ottawa’s final seven games are against teams they’re in the playoff mix with: three with Montreal and one with Calgary. Success in those games will likely determine the REDBLACKS’ fate.

The best part of Week 9’s results is what they mean for the final two plus months of the season. All nine teams now have some sort of path to post-season football and all have control of their own destinies in some form or another. Had things gone differently for the Stamps, Alouettes, or REDBLACKS, I’m not sure we’d be saying the same thing.

Speaking of Ottawa, they’re one of two teams to play twice in what’s going to be a fun and unique Week 10. The REDBLACKS open Wednesday on the road in Toronto before traveling to Montreal on Thanksgiving Monday. The Argos are in the same boat: after Wednesday’s game, they’ve got Hamilton on the road Monday afternoon.

Meanwhile, with chaos playing out behind them, the Bombers just keep on rolling. They were downright dominant in every facet in a 30-9 win over the Lions Friday night. Zach Collaros was almost perfect throwing for 417 yards. Kenny Lawler had himself a night with 205 yards and a touchdown. And that defence sacked BC’s Michael Reilly six times while holding him to just 177 yards and no majors.

I’m not even sure what to write about Winnipeg anymore. I feel bad giving them only two paragraphs this week, but what else is there to say? They’re the league’s best team, they’ve won five straight, and they’re firing on all cylinders. The Bombers were even perfect in the kicking game against the Lions, which had been the one area they’d struggled in. Winnipeg looks for a sixth consecutive win Friday at home to Edmonton.