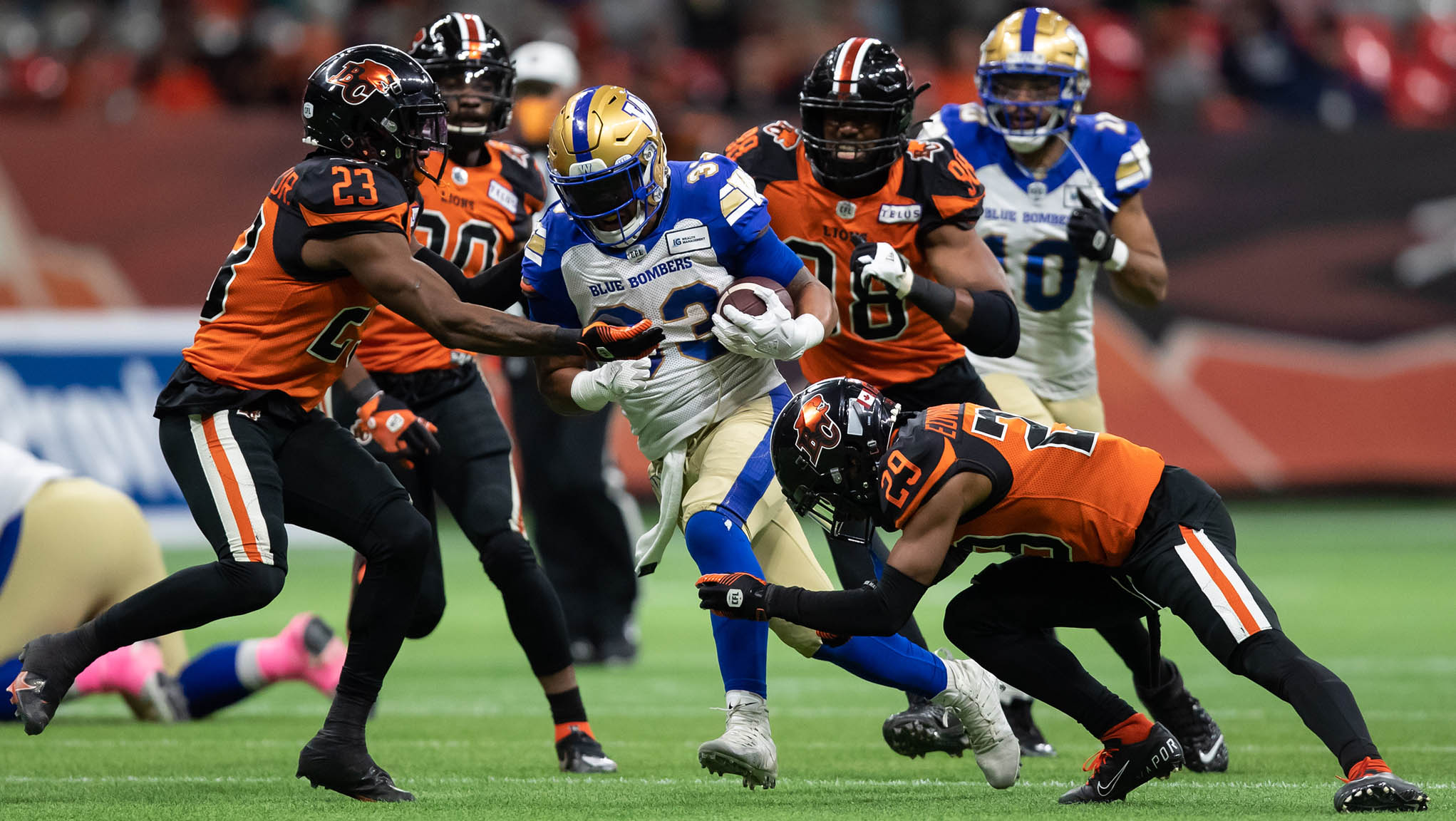 TORONTO —  With another week of regular-season action in the books, we saw things at the top stay the same, with some interesting movement throughout the league.

The CFL simulation reflects that this week. The Winnipeg Blue Bombers have now won five straight and with each win, they gain more and more confidence from the simulator. The numbers below tell the full story, but if you want one thing to note this week, consider this: The Bombers currently have a 50.20 per cent chance of winning the Grey Cup. Given the choice between “Winnipeg” and “the field” it would take the Bombers.

Despite their loss to Calgary last week, the Riders still stand slightly above the pile of teams that are at or around the .500 mark. Joining those teams in that mix this week is the Hamilton Tiger-Cats, who fell to the Montreal Alouettes in overtime last week. That helps add to the logjam in the East, but also leaves a feeling of the Division still being very much up for grabs.  The Ottawa REDBLACKS are still somewhat removed from that race based on probabilities — topping a team with a similar record doesn’t help their cause a lot — but they’re more in it now than they were last week. A win against division rival Toronto or Montreal this week would help their cause with the simulation and could make the East race that much more interesting.

As we get ready to delve into Week 10, take a look at the odds below and see where your team stands this week.