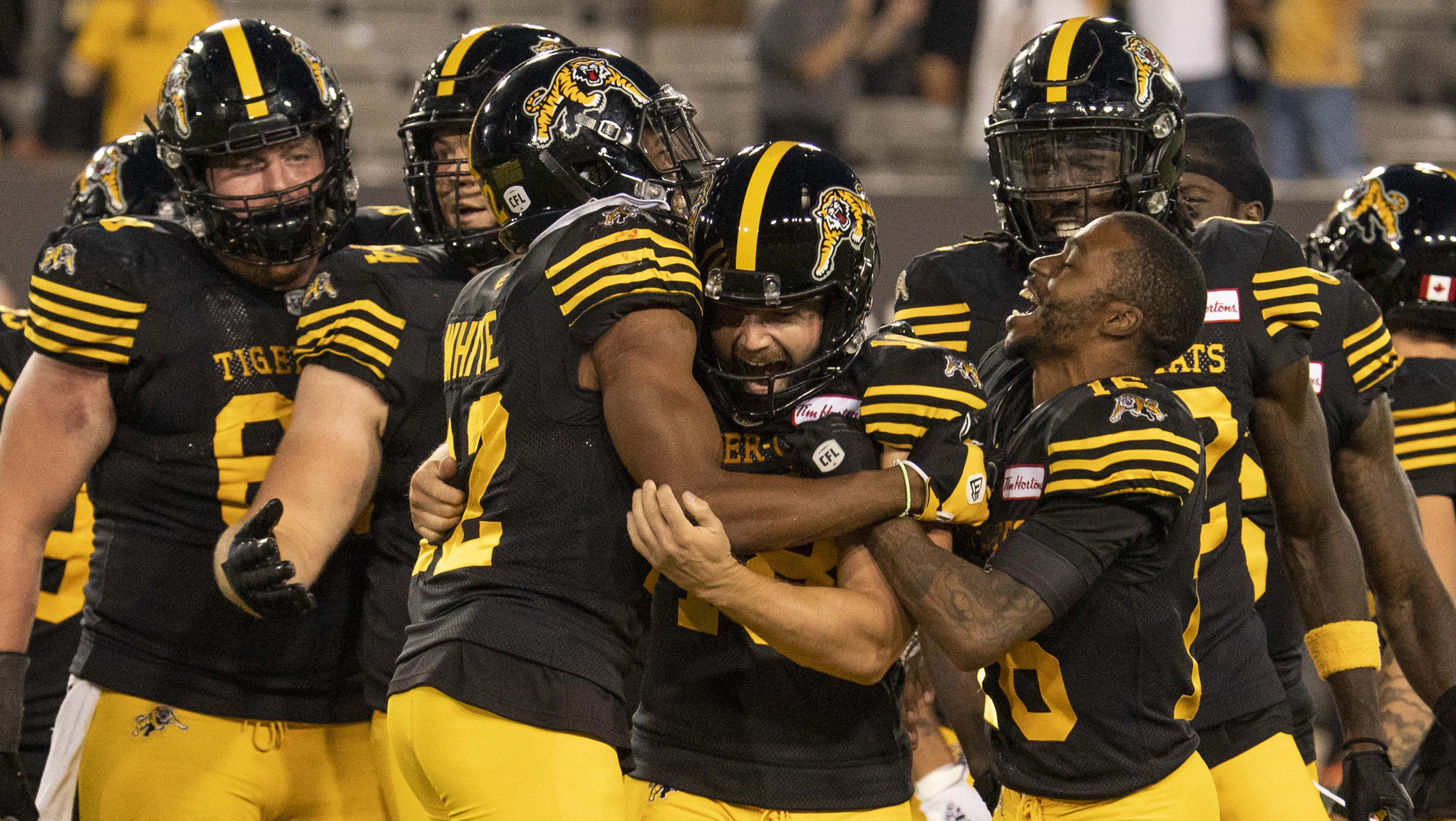 TORONTO — CFL fans will be treated to five games this week as Thanksgiving Weekend rolls around in Week 10.

Things kickoff on Wednesday night when the Ottawa REDBLACKS head to Toronto to take on the Argonauts at BMO Field.

Friday Night Football features the Edmonton Elks heading to Winnipeg to take on the Blue Bombers while Saturday night will see the Calgary Stampeders and Saskatchewan Roughriders clash at Mosaic Stadium.

And finally, Thanksgiving Monday’s doubleheader starts in Montreal as the REDBLACKS take on the Alouettes. The week finishes in Hamilton where the Tiger-Cats host the Toronto Argonauts at Tim Hortons Field. 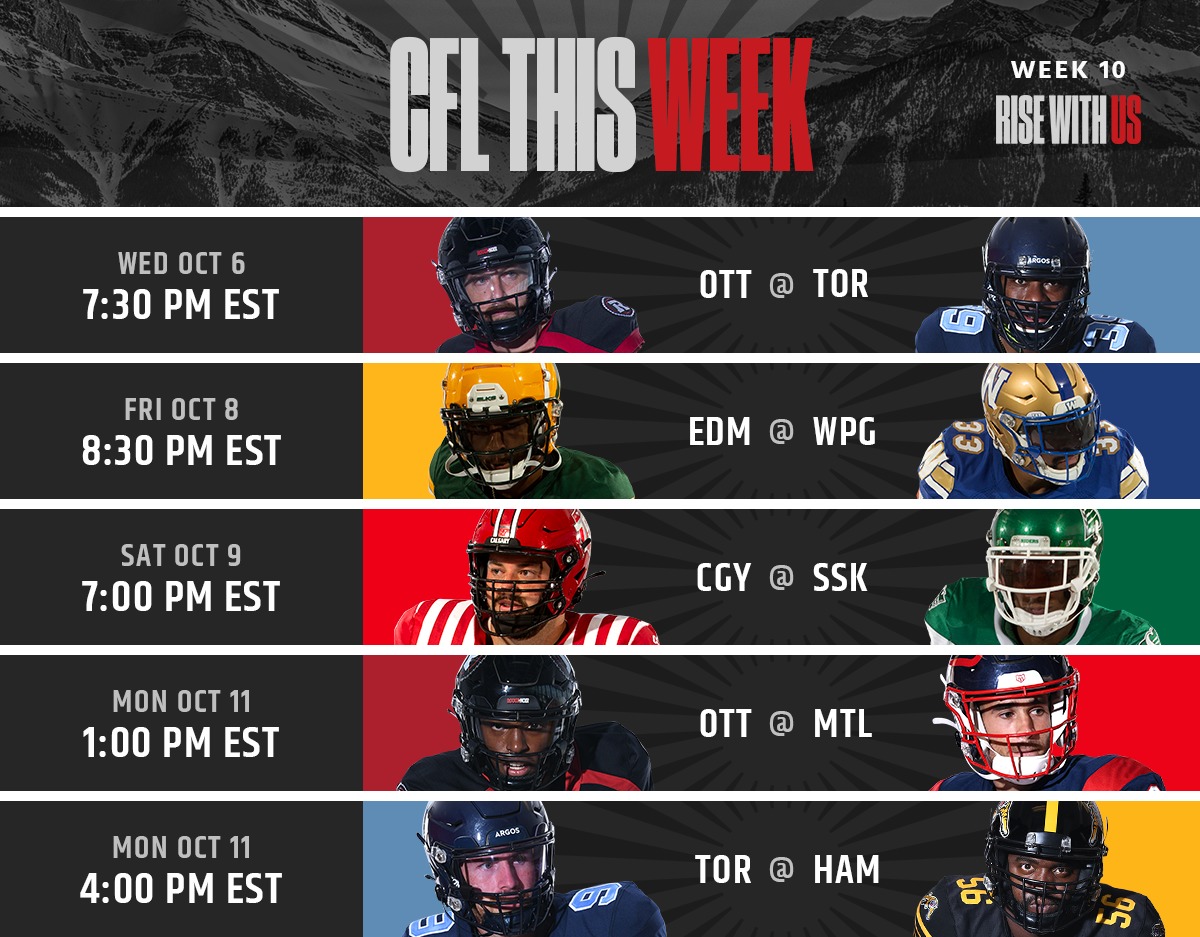