From The Editor’s Desk: Feeling Thankful in Week 10 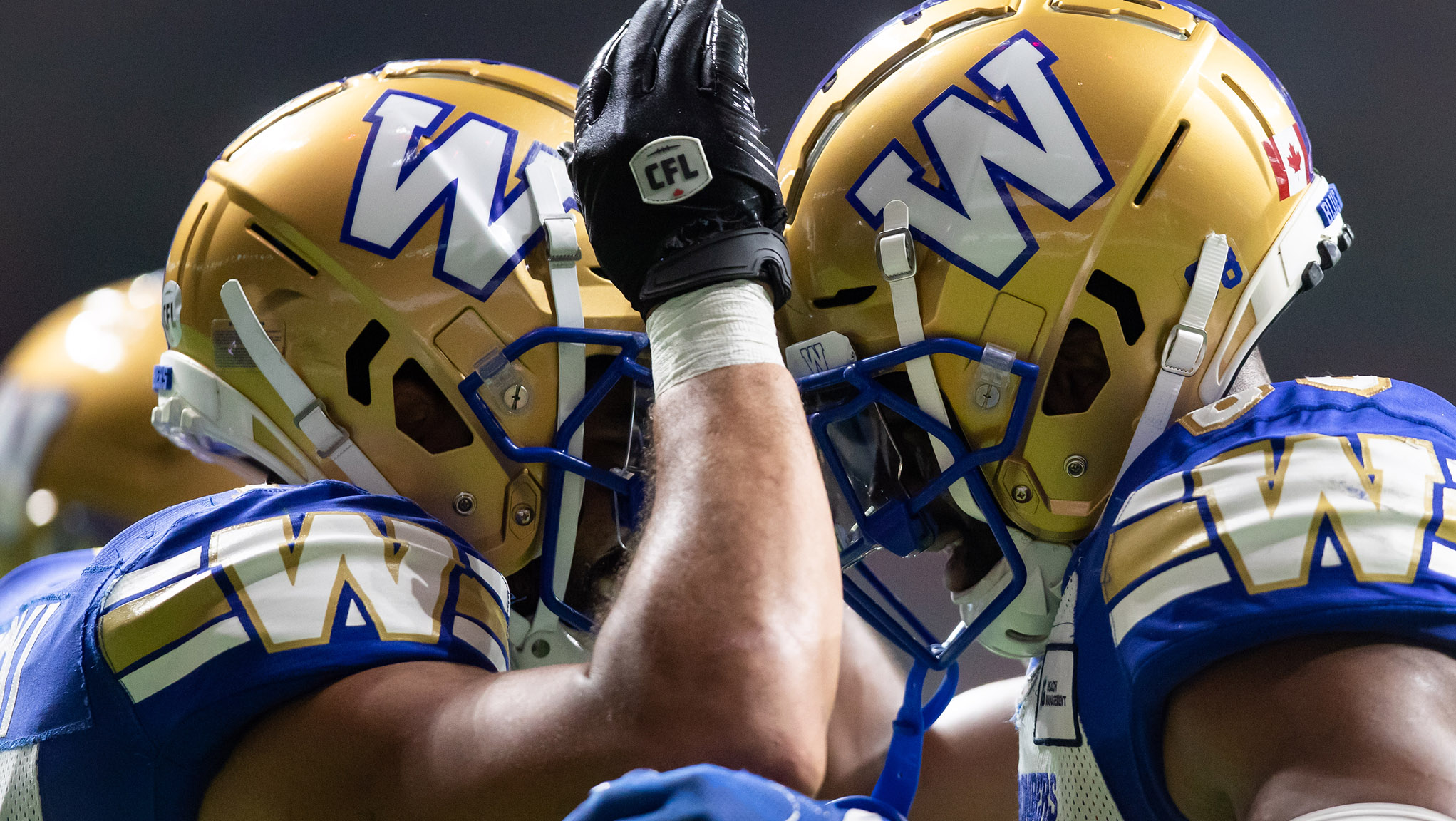 From The Editor’s Desk: Feeling Thankful in Week 10

There are so many things for CFL fans to be thankful for as we head into Week 10 of the CFL season.

First, this week features five games on the calendar including two on Thanksgiving Monday. Turkey and football, anyone?

Plus, the fact that we have CFL football this year after missing out in 2020 is something I’m sure we all have the same feels about.

Those two things aside, the biggest thing I’m thankful for was the absolute chaos that we were treated to last week. It started on Tuesday when the Ottawa REDBLACKS looked like the team I’m sure they’ve been hoping to be all season long. A full three-phase performance earned them their second win of the season. Oh, and not a bad first-ever CFL game from their rookie behind centre.

Then we were witness to the Zach Collaros show on Friday, as we watched the Blue Bombers pivot do exactly what he does best. He threw for 417 yards and two touchdowns in his team’s fifth-straight win as Winnipeg is showing no signs of slowing down.

The Riders and Stamps followed up on that crazy ending with one of their own in the week’s final game. On-side kick perfection from Saskatchewan followed by a timely interception by the Stamps all with under two minutes to go. Mayhem.

CFL Fantasy wise, I’m thankful for a couple running backs in Timothy Flanders and James Wilder Jr. as they were my highest-scoring players last week. Here’s the rest of my roster from Week 9: 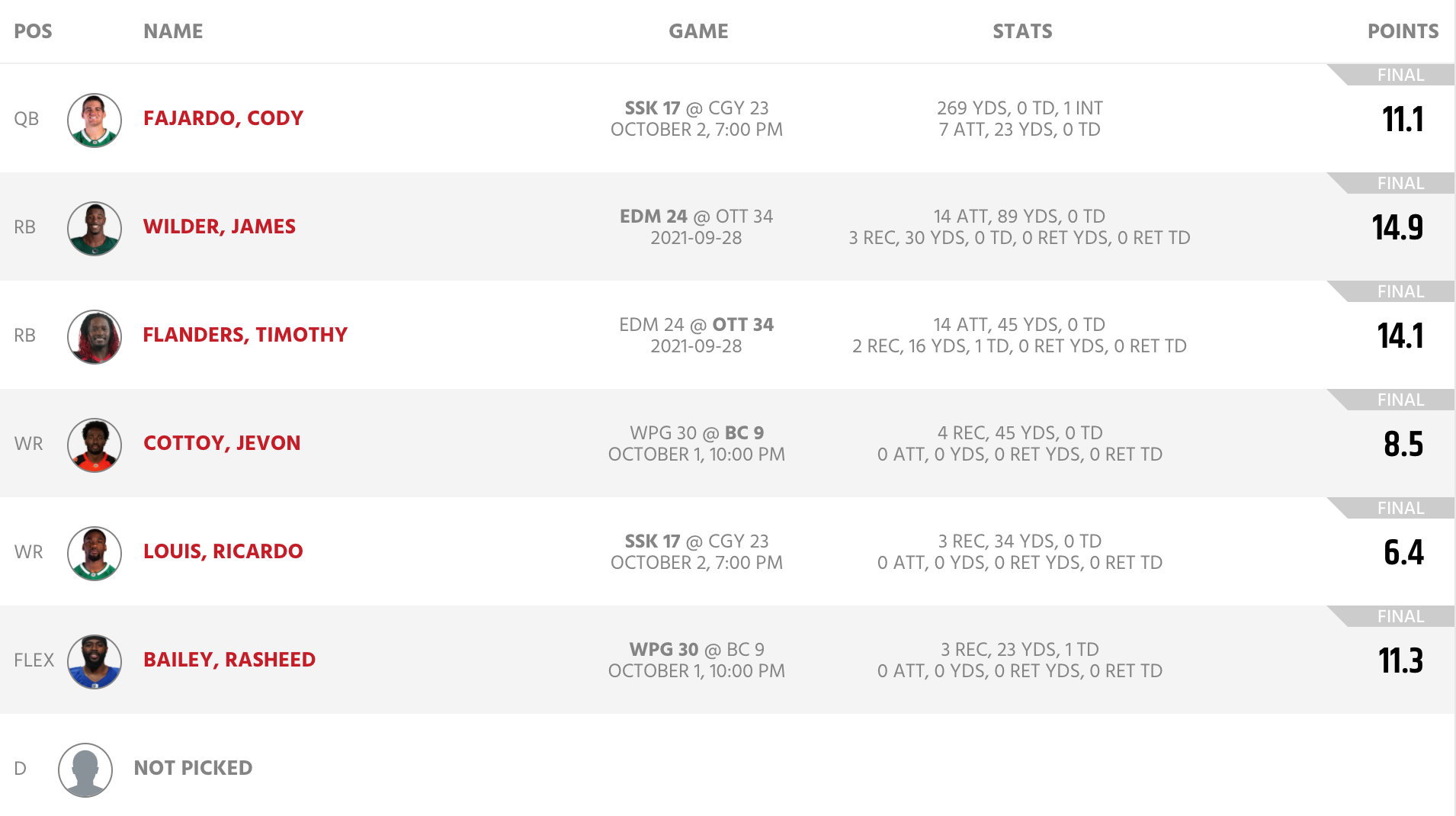 This week I wanted to take advantage of the players that will be playing twice. I went with Caleb Evans at QB – even if he doesn’t come out slinging like he did last week, I’m okay with that since he was just $7,500. It could pay off big, however, so I like my chances.

At RB I went with Timothy Flanders, once again, and Toronto’s DJ Foster. Foster is an interesting one, since he’s the feature back in Toronto’s first game of the week but could move aside if John White is able to return to play the Tiger-Cats on Monday. However, we’ve seen both of the Argos running backs take a share of the reps when they’re both in the lineup, so I’d likely get 1.5 games out of Foster.

Chandler Worthy and Kian Schaffer-Baker are my two receivers and Tim White fills in my flex spot. And the Kristina strategy continues as I roll without a defence. 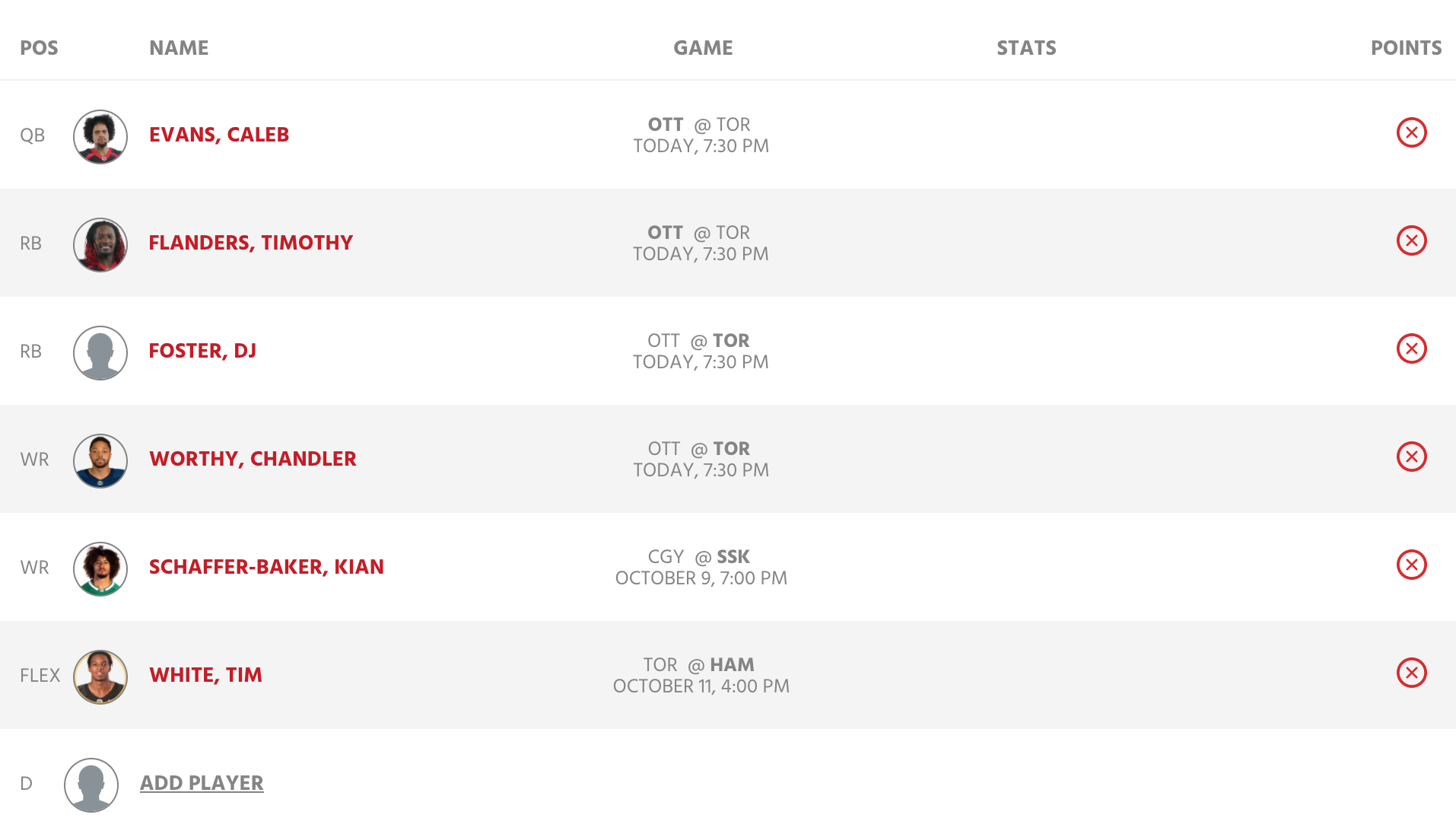 Toronto is 3-0 at home so far this season and something tells me that they’ll be able to keep that trend going this week against the REDBLACKS.

Winnipeg is the class of the CFL and picking against them just seems wrong, even if Edmonton is getting their star signal caller back in the lineup.

This one was a tough one for me but I went with the home team. I liked that they climbed back from a 14-0 deficit early in the contest between these two clubs last week and I think Cody Fajardo plays with some fire in him after being frustrated with the loss.

This pick is based on a gut feeling, mostly. And also that the Als haven’t won at home yet in 2021 (they’re 0-2 at Percival Molson), but as we’ve seen throughout the first nine weeks of the season, trends don’t really matter, do they?

The Battle of the QEW is sure to be a good one but I think Hamilton has the long week to prepare for a tired Argonauts club and will get back to their winning ways at Tim Hortons Field.