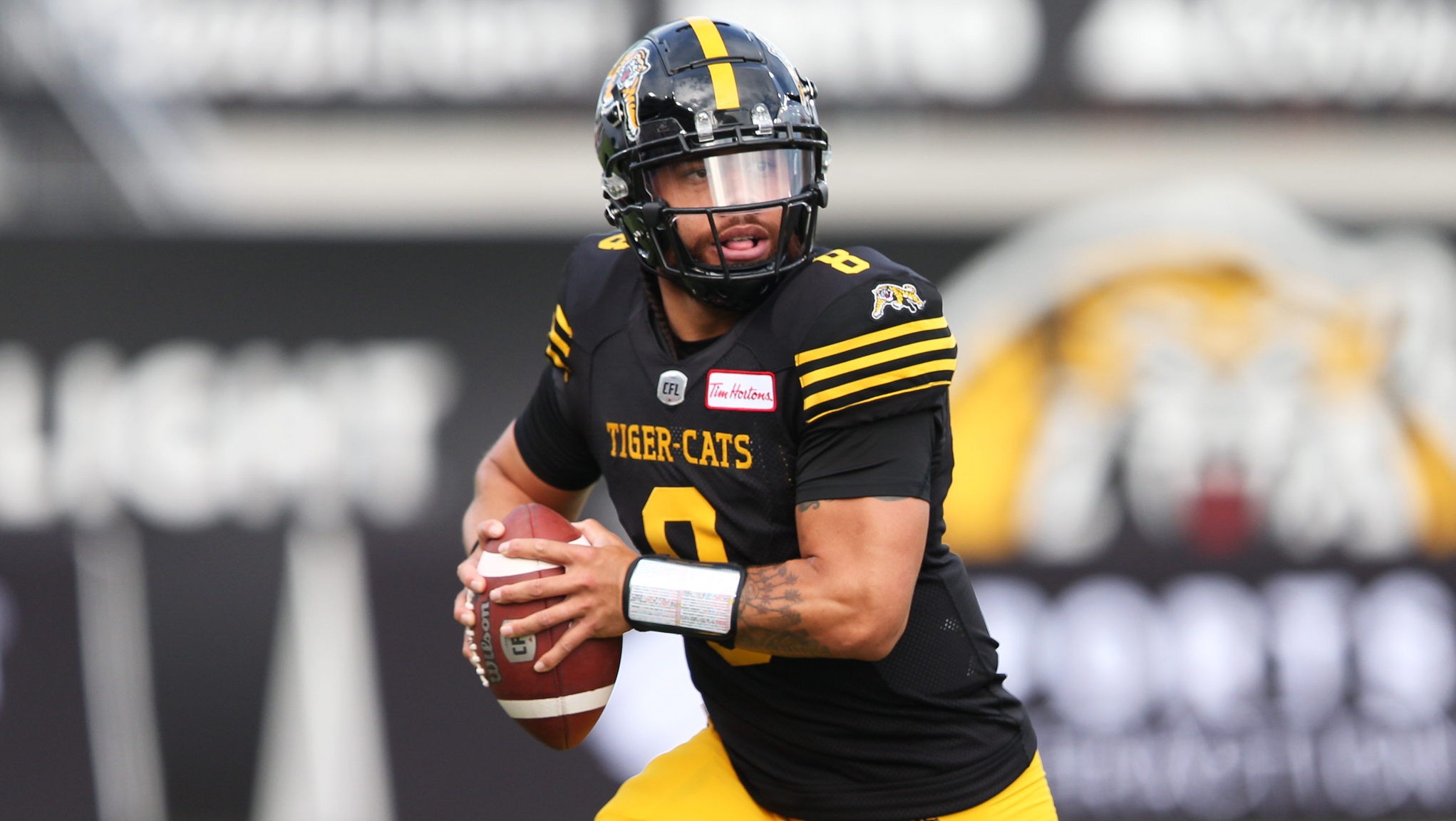 You can’t spell Thanksgiving feast without the East.

Thanksgiving is here and on Monday we’re going to find out who in the East Division belongs at the table in the race for playoff spots.

The doubleheader on Monday, while families pass the potatoes, is gravy for football fans with a pair of East Division matchups. And here is how thankful each of the four teams would be for a victory.

Let’s start with Ottawa. They’re already thankful for Caleb Evans putting a bit of a spark in their offence at quarterback. However, on Monday they need a win to stay in the race.

The REDBLACKS have obviously put themselves in chase mode after starting the season 2-6, but they’re still lining up against the team right above them in the standings in the Montreal Alouettes.

This game also kicks off three games against the Alouettes in the final half of the season for Ottawa. The REDBLACKS have the chance to set the tone to how their season is going to conclude. Talk about a chance to send a message to Montreal and the rest of the East that they aren’t going to lay down and roll over.

While Ottawa’s loss to the Argos on Wednesday night showed that Evans still has a lot of room to improve, it allows the team and the young quarterback to regroup and have him learn some valuable lessons on which throws you can and can’t make.

If he can reduce the mistakes as he did in his first start, there is no doubt the REDBLACKS were right in that game, as the defence played well against the Argonauts for most of the night.

A win on Monday and you could start to see a team gaining a tiny bit of confidence to look like a team who is no longer sitting at the kids table.

The Montreal Alouettes, meanwhile, sent a message last week with their win against the Hamilton Tiger-Cats and a win on Monday is critical to stay within reach if they want to take over the head of the table in the division.

The 3-4 Alouettes have the highest scoring offence in the East Division right now and their defence looked like a much better group in the win over Hamilton.

A win also means some momentum going into the back half of their season. Montreal can put themselves two games clear of Ottawa and almost take the REDBLACKS out of the conversation.

Vernon Adams Jr. has been hot and cold and while a cold turkey sandwich the day after thanksgiving isn’t anything to complain about, staying hot is imperative for Adams. The emotional comeback win against Hamilton could be the spark that carries the Alouettes to a climb up the standings in the back half of the season but it’s meaningless if they drop one to the REDBLACKS.

The Hamilton Tiger-Cats were the team carving the turkey in the CFL at this time in 2019. They were the class of the league and looked like a team with a core group of players who had the chance to be good again in 2021.

At 4-4, Hamilton is staring at their rival above them in the standings and it’s pretty easy to see what a win means on Monday. With a win, the Tiger-Cats not only will be tied with Toronto but will also give them a 2-1 series lead with the Argonauts with one more matchup coming against the Double Blue in the final five games.

Having the advantage in the season series will be huge with the possibility it will come down to a head-to-head tiebreaker to decide who gets the bye in the playoffs.

But when it comes to the Tiger-Cats, the team seems to be missing a few things. It’s like they’ve set the table this season and don’t have the gravy or cranberry sauce. Sure, they have the turkey and the stuffing but they had that something extra in 2019 that made them special.

Of course starting three different quarterbacks this season due to injuries doesn’t help but having Bralon Addison and Brandon Banks back in the receiving corps might add those extra items to take the Tiger-Cats from middle of the pack to favourite once again.

I think a win on Monday kick starts their back half of the season by grabbing the carving knife from Toronto and taking back the head of the household status in the division.

Finally, that brings us to Toronto.

The Argonauts already have surpassed their win total from 2019. All the work and money they’ve put into turning around the franchise is paying off and a win on Monday will solidify their spot at the head of the table.

It feels like the Tiger-Cats and the Argos have both grabbed the wishbone and on Monday will pull to see who has the biggest half to set them up with control of the division.

And us football fans are just thankful to have two key divisional games to feast on this Thanksgiving Monday.