‘We play for each other’: Bombers’ dominant defence continues to shine 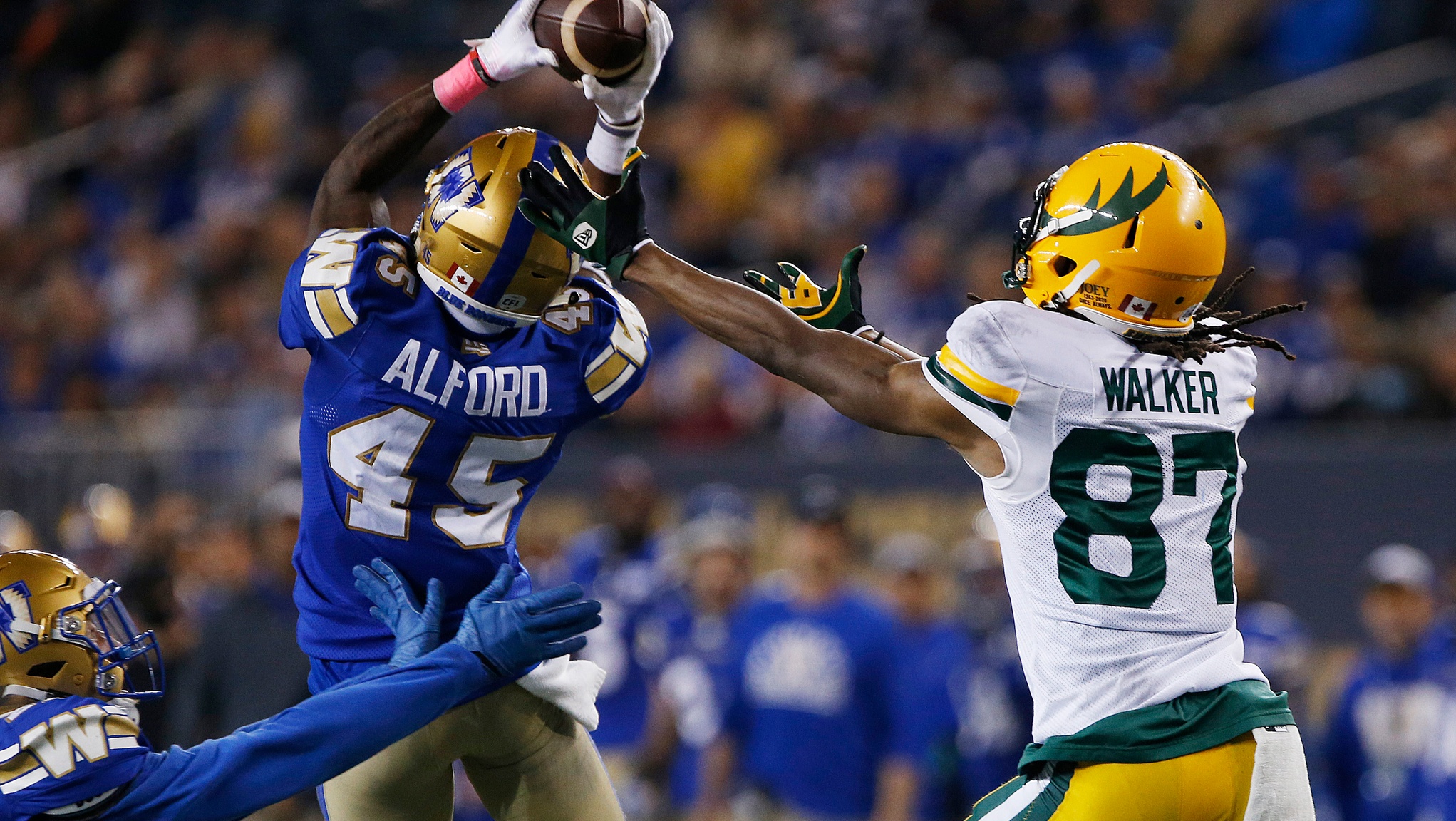 ‘We play for each other’: Bombers’ dominant defence continues to shine

WINNIPEG — The Blue Bombers’ defence has made a statement through nine games this season. The unit leads the league with 12 interceptions, and their ability to shut down opposing offences has helped Winnipeg improve to 8-1 for the first time since 1960.

The Bombers haven’t surrendered a fourth-quarter touchdown all season, and they have held teams under 20 points in all but two games. Winnipeg’s latest victory — a dominant 30-3 win over the Edmonton Elks — saw its defence force three safeties and three turnovers on downs before notching a game-sealing interception.

“They were terrific tonight,” said head coach Mike O’Shea. “They played a very clean game. They still will want to have plays back, but I thought they were pretty stifling.”

RELATED
» Bombers shut down Elks for 6th straight win
» Through the Lens: Elks at Blue Bombers
» Boxscore: Bombers, Elks by the numbers
» Watch: Elks get life after Hoover snags an INT

Defensive back DeAundre Alford is tied for the league lead with three interceptions, and the Bombers’ defence is second in the league with 23 sacks. They haven’t given up a touchdown since Week 7, and Alford’s latest interception closed out Winnipeg’s win over Edmonton on Friday.

“The energy we have and the commitment we have to each other, it’s a lot of fun,” said linebacker Adam Bighill. “That’s what I feel the most really is how much fun we are having together out there. I think part of why we’re having so much success is we play for each other.”

While the offence has been productive with quarterback Zach Collaros leading the league in both passing yards (2,355) and passing touchdowns (13), the group turned the ball over twice in the redzone against Edmonton in Week 10. Collaros has thrown interceptions in five games this season.

But Nic Demski stepped up to lead Winnipeg with 79 receiving yards and a touchdown while league-leader Kenny Lawler sat out with a one-game suspension. Running back Andrew Harris was the other bright spot offensively, posting his best game since the 2019 Grey Cup win.

Harris ran for a season-high 150 yards and two touchdowns on 24 carries, also adding a 24-yard reception. He is now third in the league with 584 rushing yards despite missing the first three games with a calf injury.

“I’m definitely starting to get into mid-season form as they say, and I’m just looking forward to the rest of season,” Harris said.

But the veteran runner was quick to point out that the offence would have to do a better job of matching the team’s defensive dominance down the stretch in order for Winnipeg to stay on top.

“As an offence we can’t rely on them all the time like this. I think we’ve got to be more keen and better with our assignments and focus, and whatever it may be that’s not allowing us to get more sixes,” Harris said.

“It’s amazing to have them and it’s amazing that they’ve been playing so well, we’ve just got to be more complimentary.”

The league-leading Bombers will travel on the road to square off against the Elks for the third time this season next Friday at 9 p.m. ET.