Ferguson: Digging into the Alouettes’ offence 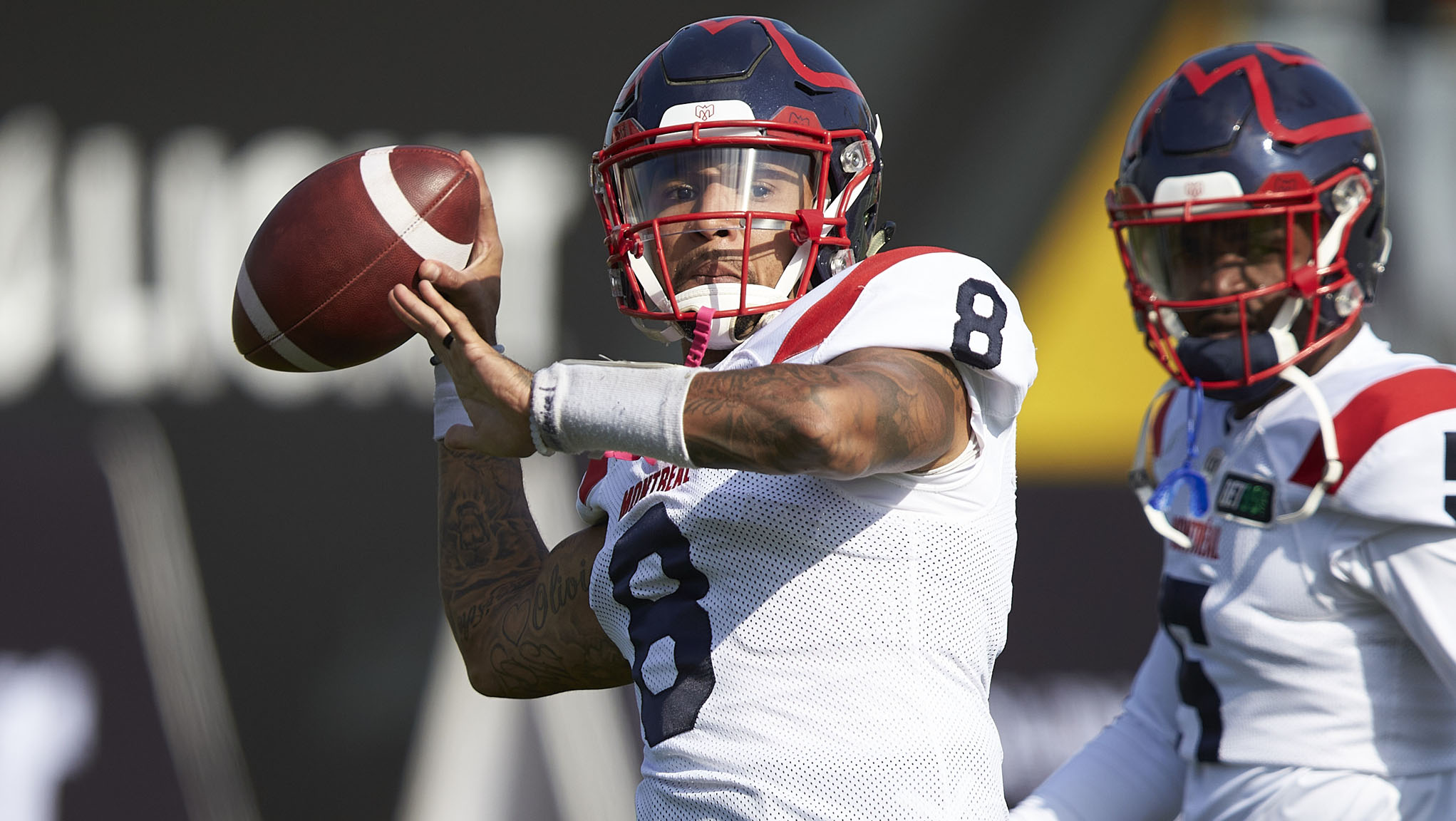 Ferguson: Digging into the Alouettes’ offence

Whether you are a casual observer or a diehard fan of the Canadian Football League, there is a good chance when you turn on a Montreal Alouettes game you’ll be entertained.

It’s not the uniforms, the sideline bounce of head coach Khari Jones — although it helps — or even the ballhawking playmakers on their defence. The entertainment value in watching a Montreal game in 2021 comes from one place exclusively for me: Watching Vernon Adams Jr. define a different way to play the Canadian game.

Consistency, accuracy and efficiency are king in this era of football evolution. Coaches aim to hit benchmark metrics such as completion percentage, number of runs sprinkled in and average gain on first down as the formula to a winning equation proven over time. It’s a smart and sound approach to the game but not one that always creates the best viewing experience.

It’s why on Saturday afternoons I’ll occasionally search out a U SPORTS team that throws it downfield more than anyone else, or an NCAA offence that runs a creative attack such as Coastal Carolina. Variety is the spice of life and nowhere is this more true than in offensive football.

In 2019, the Montreal Alouettes were a vertical passing attack with Khari Jones getting his first chance to guide Vernon Adams Jr.‘s skill set to new heights and bold attempts. Many of those downfield shots paid off but I didn’t believe the approach was sustainable heading into 2021, as downfield passing is a volatile approach to the game often resulting in feast or famine, with the law of averages suggesting Montreal would come back to earth.

When Montreal re-added RB William Stanback to the mix after a foray into the NFL, I was convinced that the Montreal explosive passing attack was set to become just a pre-pandemic memory. I’ve never been happier to be wrong.

Not only has Montreal decided to keep much of their 2019 approach, they’ve doubled down on the mentality consistently throughout this season, forcing the issue with defensive backs asked to make a play on the football while avoiding costly chunk plays as a result of pass interference penalties.

So, who and where are the Als challenging defenders? 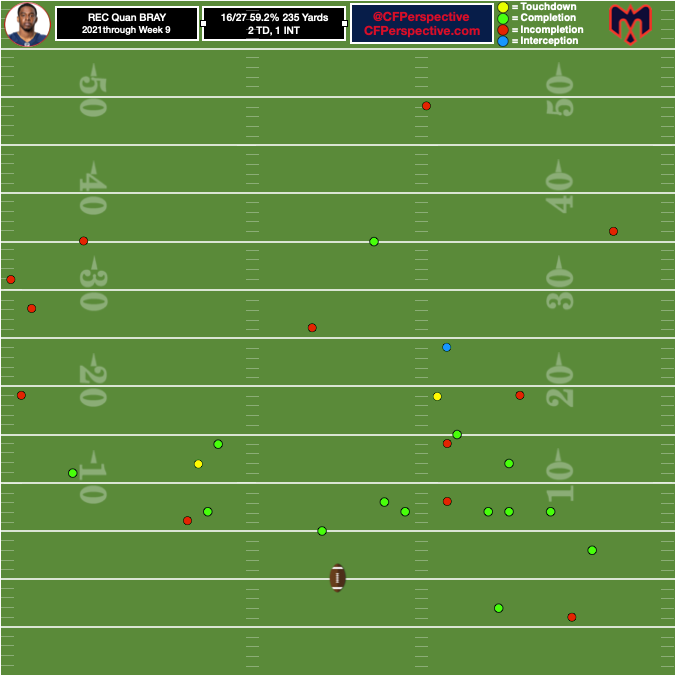 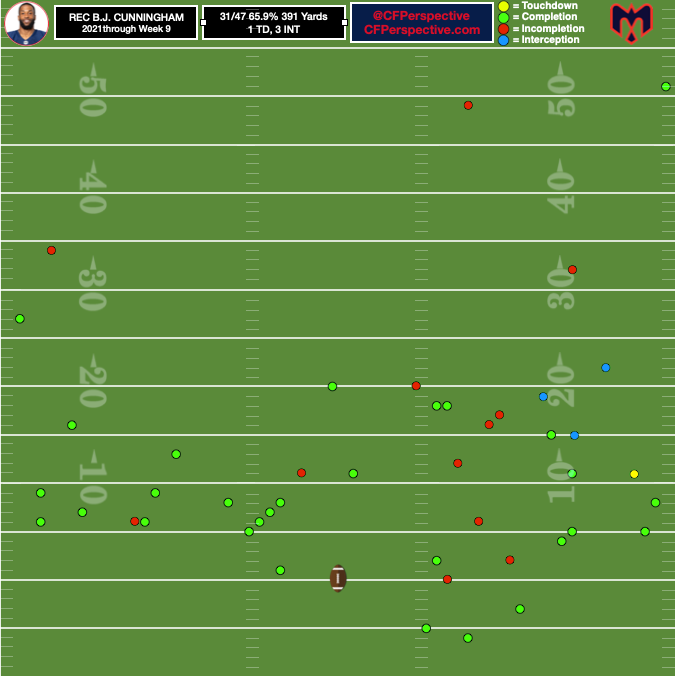 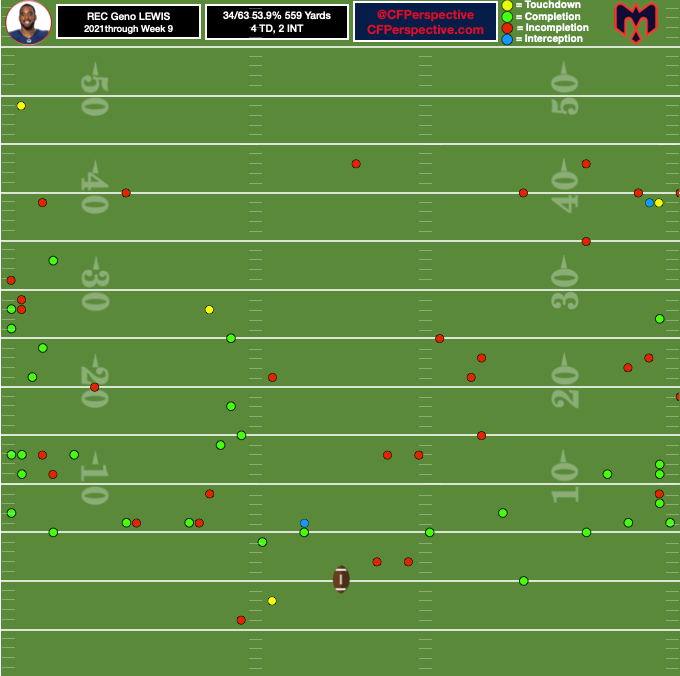 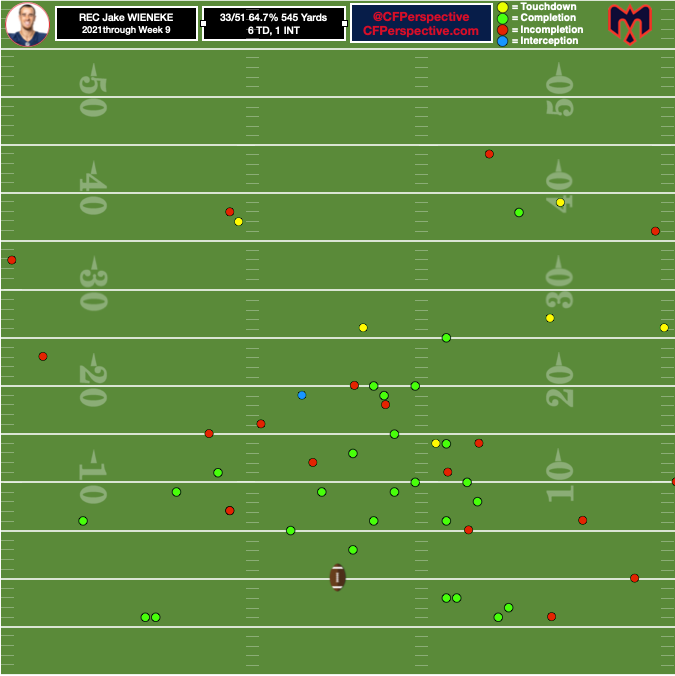 Teams always have assigned roles, but Montreal’s are as defined as I’ve seen. To simplify it all, Quan Bray is the quick game and screen receiver, Jake Wieneke works the middle unless he runs a corner or seam to the wide side, B.J. Cunningham owns the intermediate game and Geno Lewis is the home run hitter.

Look deeper and you’ll see that while Lewis is the Als’ big play threat, his target successes lopsided with 14/16 completions beyond 12 yards in air (YIA) on the left side of the field. A whopping 26.4 per cent of his total attempts are beyond 12 YIA on the right side of the field, but those throws account for only 2.9 per cent of his completions. Worth noting here that down late against Toronto in Week 8 and on the miraculous game-saving touchdown in Hamilton in Week 9, Montreal ran the same ‘scissors’ concept and found Lewis in almost the exact same spot on the left side of the field. 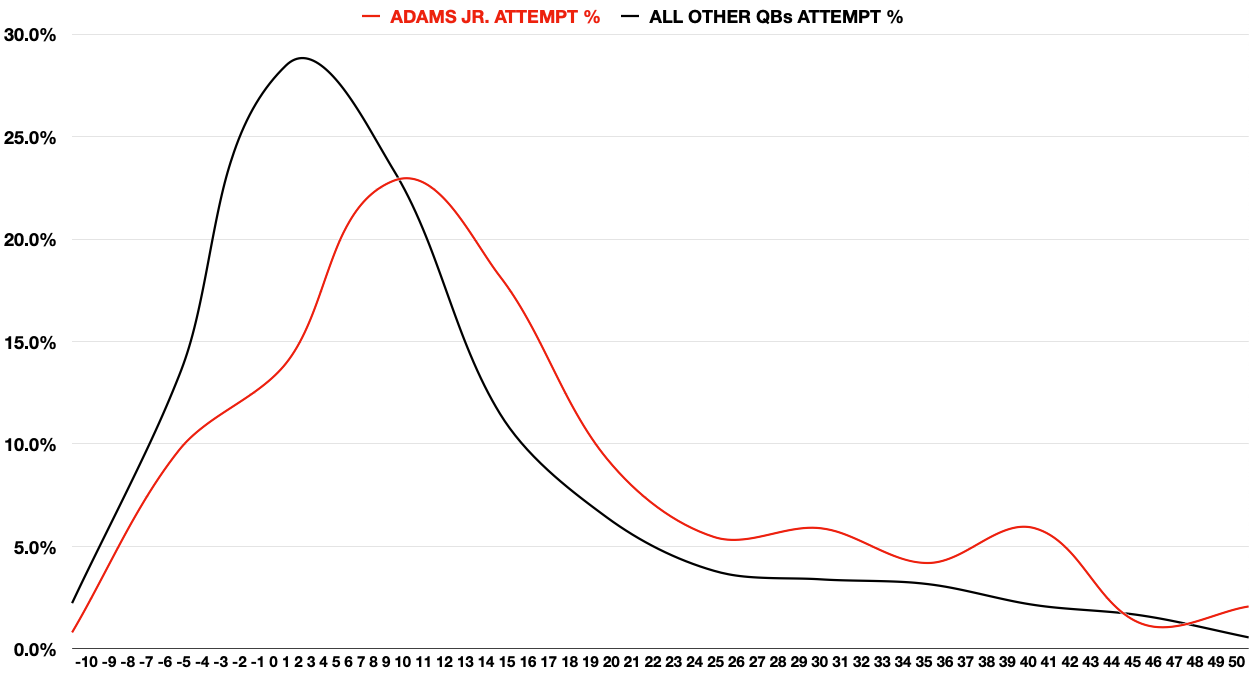 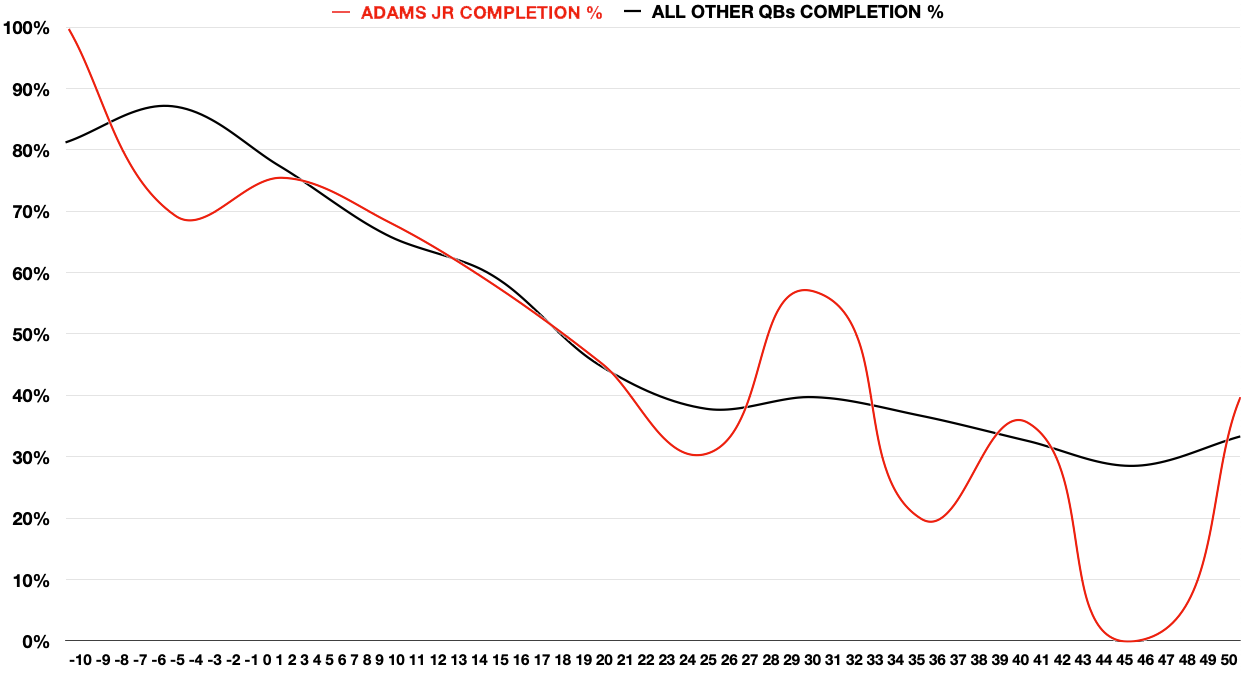 Adams has no need for your throws behind the line. His highest percentage of attempts come around 12-yards downfield about 10-yards deeper than the CFL average while he targets 12-45 yards downfield more than the rest of the league.

The variation in completion percentage is expected when throwing vertically, but the completion rate near the line of scrimmage is an area that could quickly improve the Alouettes efficiency.

For the second season in a row V.A. leads the CFL in average depth of target at 13.9 yards in air per attempt. Inevitably there is an inverse relationship between depth of target and completion percentage, but the Alouettes have embraced the deep ball in much the same way the entire NBA did with the three-point revolution, once teams recognized three-point shots are worth more than two-point attempts over the long haul of a season.

Despite the natural connection of depth and completion rate and lost in the narrative of ‘All he does is chuck it and hope,’ Adams is actually above the CFL average completion percentage in every one of the five throw zones I chart from sideline-to-sideline between 10 and 20 yards depth.

While all touchdowns are worth the same six points before conversion attempt, the differing ways to create those touchdowns has a profound effect on defences. As Adams has carved out his own style, an upstart passer in Ottawa who comes to challenge the deep throw throne this week has applied himself similarly with the combination of quick feet, explosive open field running and a lust for the downfield throw.

At 11.7 YIA/Att REDBLACKS QB Caleb Evans sits second behind only Adams Jr. in downfield passing aggression. Get your popcorn, or turkey ready for what has the potential to be an explosive Monday matchup.