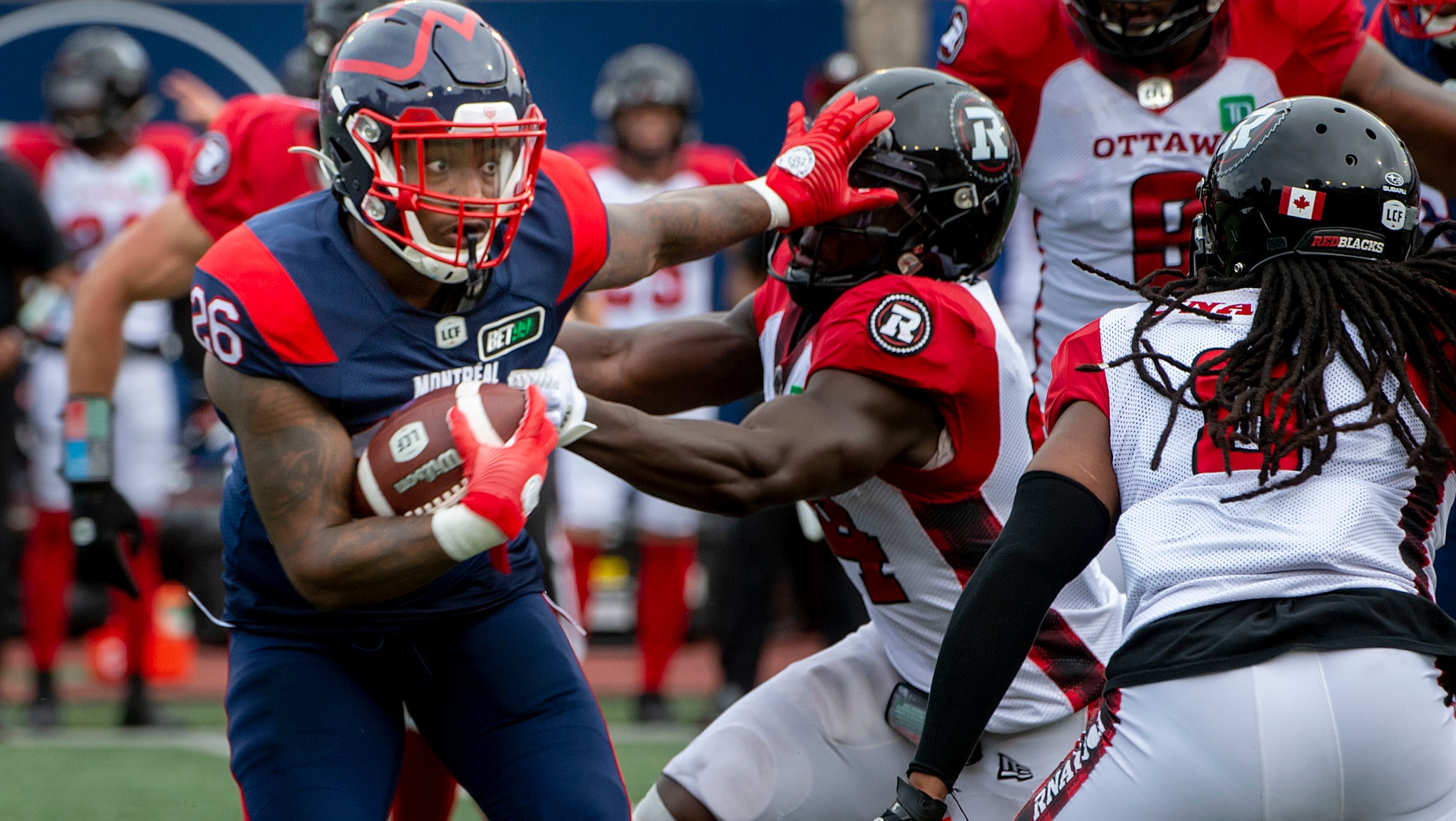 MONTREAL — The Montreal Alouettes completed a late fourth-quarter comeback to defeat the Ottawa REDBLACKS on Thanksgiving Monday for their first home win of the season, and it was the performances of two backup players that ultimately clinched the 20-16 victory.

Matthew Shiltz took over under centre for Montreal after Vernon Adams Jr. suffered an apparent shoulder injury on a run while trying to engineer a comeback with just over two minutes left to play. Trailing by a field goal, the Als hadn’t scored since the third quarter or found the end zone since their first drive — but Shiltz proceeded to guide Montreal down the field for the victory.

Als’ running back Cameron Artis-Payne got his first CFL start in place of league-leading rusher William Stanback, who missed the game with a rib injury. But Artis-Payne did more than just fill in, as he was Montreal’s most productive player with 149 total yards and the game-winning touchdown in the final minute.

“We have the utmost faith in our quarterbacks, whichever one is in there,” Artis-Payne said. “He came in and led us down for a game-winning drive. We had the confidence in him and knew he could do it.”

Shiltz had big shoes to fill with the game on line, as Adams currently leads the league in touchdown passes (13). But the veteran backup has been with Montreal since 2017 and said the entire team has a “next man up mentality.”

The 28-year-old completed all three of his passes for 36 yards on the winning drive, and he broke off a 17-yard run that set up the decisive seven-yard touchdown run by Artis-Payne. Shiltz said he remained focused on the task at hand and didn’t let the pressure enter his mind.

“It’s just putting the moment in perspective and not letting the moment be bigger than what it is. In my mind, it’s just going out there and playing football,” Shiltz said.

“It’s just about the guys trusting in me, and the coaches trusting me enough to go out there and win the game.”

Head coach Khari Jones said he can continue managing the game as usual with Shiltz under centre, a factor that will be even more important if Adams is forced to miss time.

“It’s nice to have a guy who’s been around the league and had opportunities,” Jones said. “I just feel real comfortable calling the game for him, and he made some big plays in there and made some really nice reads.”

With both Als running backs displaying the ability to impact games, the team has another weapon to lean on during their quest to win the East Division. Artis-Payne averaged 5.8 yards per rush while accumulating 122 yards on 21 carries, and he also caught four passes for 27 yards.

“We knew what we had in Cameron, we really did; he’s done it on a big stage before. We have players, especially in key positions, that we know it’s not going to be too big for them. We felt really confident with him, and so as you saw I didn’t change the game plan, I ran the ball the same as I normally do.”

Artis-Payne led the SEC in rushing in 2014 as an Auburn Tiger before spending four seasons with the Carolina Panthers, and he showed that he can still handle a full workload in Week 10. With different builds and running styles, Artis-Payne can compliment Stanback down the stretch.

“We’ve got contrasting styles, but I think it works well together,” Artis-Payne said. I feel like I can help us in some areas. You obviously know what Stanback is about, the best in the league.”

The Alouettes (4-4) will face the REDBLACKS (2-7) for the third time this season when they meet next Saturday at 4 p.m. ET in Ottawa, but it remains to be seen who will be taking snaps at quarterback on game day.

“I’ll be ready if my number is called upon,” Shiltz said.