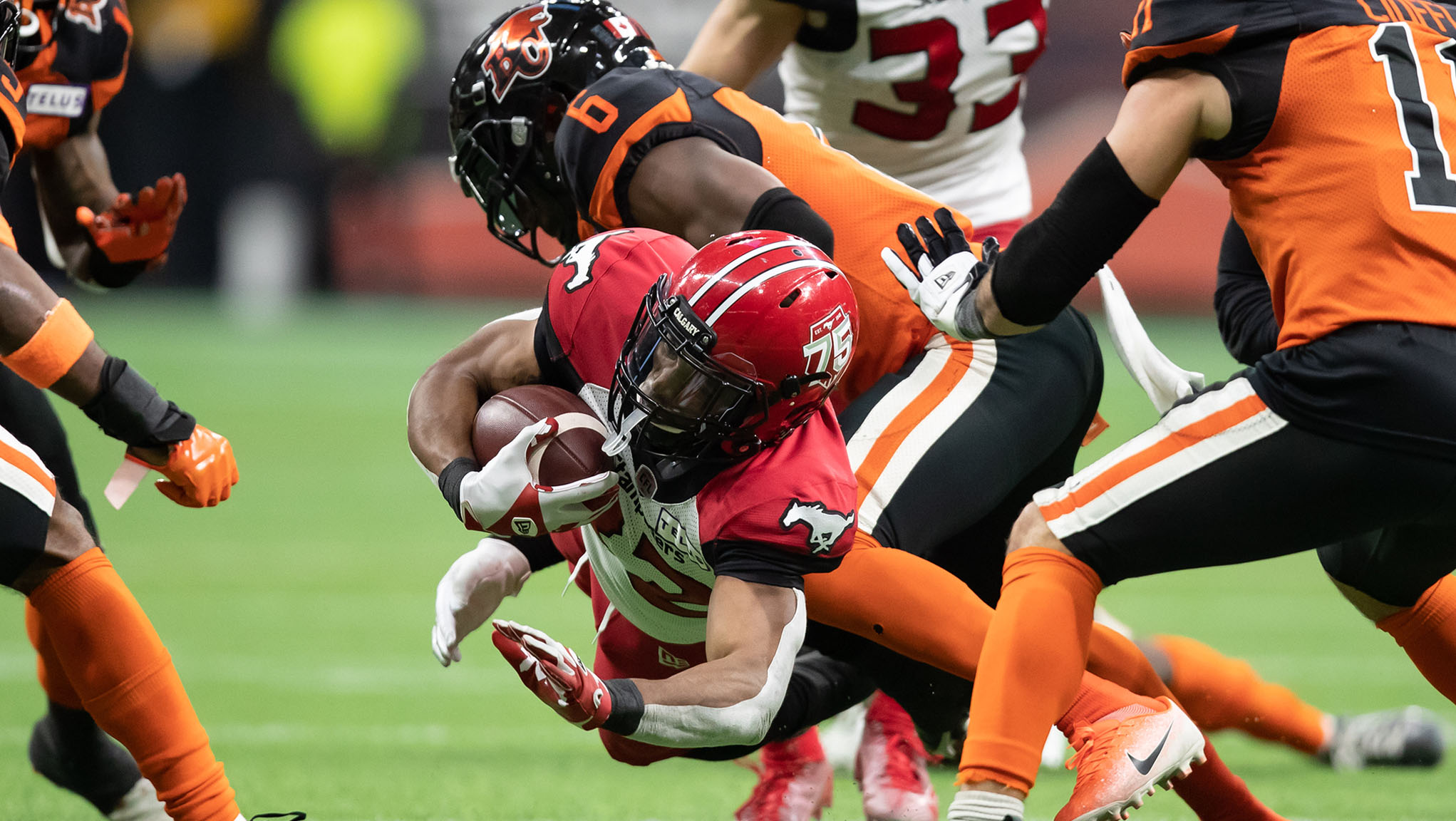 TORONTO — As we do just about every week, let’s use this space to give the Winnipeg Blue Bombers their due credit.

The team has won seven games in a row, has allowed six fourth-quarter points all season and at 9-1, you wonder if they can run the table the rest of the way into the playoffs. With their win over Edmonton this past week, they made their post-season appearance official. The Bombers are the defending champs, the team to beat in 2021 and while the wins aren’t always pretty, they’ve found a way to get to those Ws nine times out of 10. We’re watching a truly great team do its thing right now and it should be appreciated.

You won’t have to look far down this week’s rankings to see a familiar team settling into some familiar territory. It’s been a wild ride for the Calgary Stampeders this season. From being 2-5 while riddled with injuries and on-field chemistry issues, the Stamps have fought their way back into the West playoff picture. Sitting at .500 for the first time this season, the Stamps’ defence has come alive and Bo Levi Mitchell is starting to get a feel for the young receiving corps at his disposal.

In trading Trevor Harris to Montreal on Sunday, the Elks shift their focus to the future. In the short-term, that likely means one of the lower spots in these rankings. Conversely, all eyes will be on the Alouettes in the coming weeks, as Matthew Shiltz will try to lead the team to its fourth win in a row and Harris gets comfortable in his new surroundings and takes a crash course on coach Khari Jones’ playbook. We may have a good sense of who will hold the top spot in these rankings for the next few weeks, but there’s a lot of interesting storylines afoot beneath them.

Friday’s win over Edmonton was a hard-fought one, which was something of a surprise, given how handedly the Bombers won a week earlier against them in Winnipeg. One thing that continues to jump out with this team is its ability to respond to adverse situations. Brady Oliveira hadn’t seen meaningful on-field time since Week 3 and coolly went out and ran for 105 yards against the Elks when Andrew Harris left the game with a leg injury. They’ve continually found ways to respond this season and it bodes well for them as they look to add to their hardware collection.

The Argos got a well-earned rest after winning a pair of games in a five-day stretch over the REDBLACKS and Ticats. They come out of that break and run straight into a first-place showdown with the Alouettes. Toronto’s defence capitalized on Caleb Evans‘ inexperience in that first win in Week 10. We imagine that Chris Jones and Co. will look to attack Matthew Shiltz in the same way.

With their third consecutive win, the Stamps have stormed their way out of the dregs of the West Division and are starting to look like their old, dominant selves. Bo Levi Mitchell was NSFW-enthused with his zero-pick performance in BC and has inched toward that 300-yard passing mark that has come so easily to him throughout his CFL career. As he gets more and more comfortable with that younger receiver crew, it spells trouble for opposing defences. A group that’s never short on confidence will go into their Saturday game at home against the Riders with their chests fully puffed up. That’s something that may have been lacking when the results weren’t coming.

The Riders fall victim to a rare bye-week drop, but given that the Stamps handed them a pair of losses before they had this past week off, we felt it was an appropriate move to make. The Riders need some offensive production and hopefully that comes this week, at least in the form of Duke Williams’ insertion to the lineup, with Shaq Evans working his way back into game shape. Offensive punch and some wins are becoming a must, with the Bombers running away in the race and the Stamps coming into their own.

The Als made it through their first game without the services of Vernon Adams Jr. and in adding Trevor Harris through trade on Sunday, will be a fascinating team to follow through their final five games of the regular-season. This week will present a tough test for Matthew Shiltz, having to navigate the Argos’ defence in just his second start of the season. They’ll need another strong defensive performance and could use some spark in the return game; something that feels like it’s gone to the six-game injured list with Mario Alford.

In taking their third loss in a row, the Lions looked very much like a team that was missing Lucky Whitehead. Michael Reilly went into that game with a 10:1 TD to INT ratio and threw two picks, one going back for a touchdown. The Lions need to start stringing some wins together if they want to stay in the playoff chase. This week’s task is the toughest one in the league: They travel to IG Field in Winnipeg to face the Bombers on Saturday.

The Ticats may have used their week off to do some soul searching, after taking their second consecutive loss at home, letting a fourth-quarter lead slip away again. The REDBLACKS make the trip to Tim Hortons Field this week and the Ticats will look to start building up another at-home win streak. Given what we’ve seen from both teams this season, if the Ticats can get their offence going, this could be the launch pad that their fans have been waiting for them to take off from. Sitting in third in the East right now, they’ll be feeling the push to get in front of the Alouettes and back up in the standings.

Who had any of this in their pre-season predictions? The Trevor Harris era met a very abrupt end on Sunday and he’ll finish out the season in Montreal. The Elks look to the future with Taylor Cornelius at QB. He should continue to grow in the Elks’ offence and Edmonton’s defence has shown it can impact games (anyone want to set the over/under on how long it’s taken Aaron Grymes to let that would-have-been pick-six go?). Some return game success is long overdue and could be the difference between a win and a loss, if they can get Terry Williams to the end zone.

We say this with no disrespect, but there was a lot of debate about which team should sit in the ninth spot this week. After watching Edmonton give Winnipeg a good fight, then seeing Ottawa surrender 10 sacks in a loss where QB play wasn’t great and seeing DeVonte Dedmon lost in the return game, we found our answer. We’re hoping Caleb Evans and Taryn Christion are both healthy and available for their game against the Ticats.