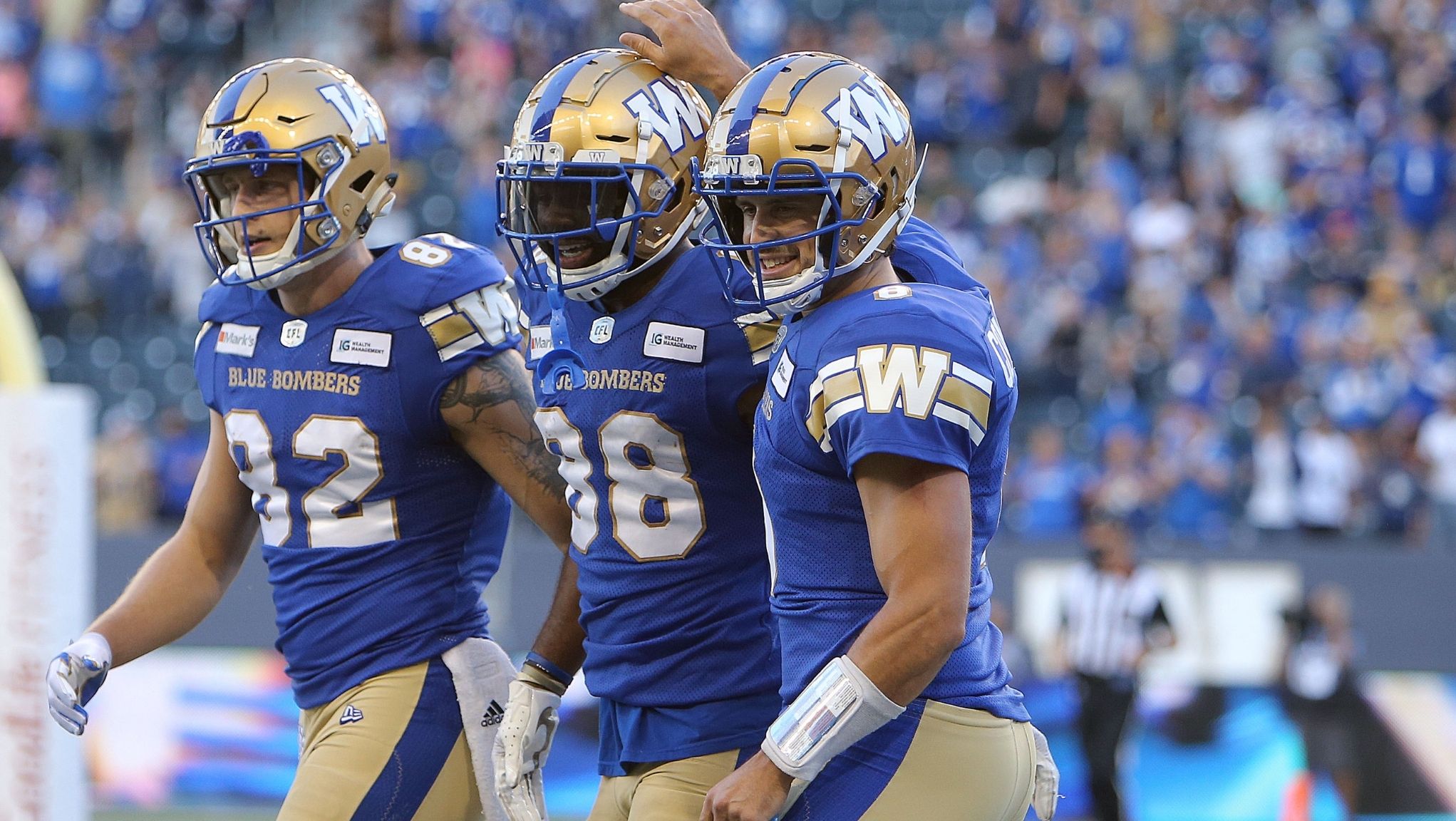 TORONTO — The Winnipeg Blue Bombers have clinched the top spot in the West Division.