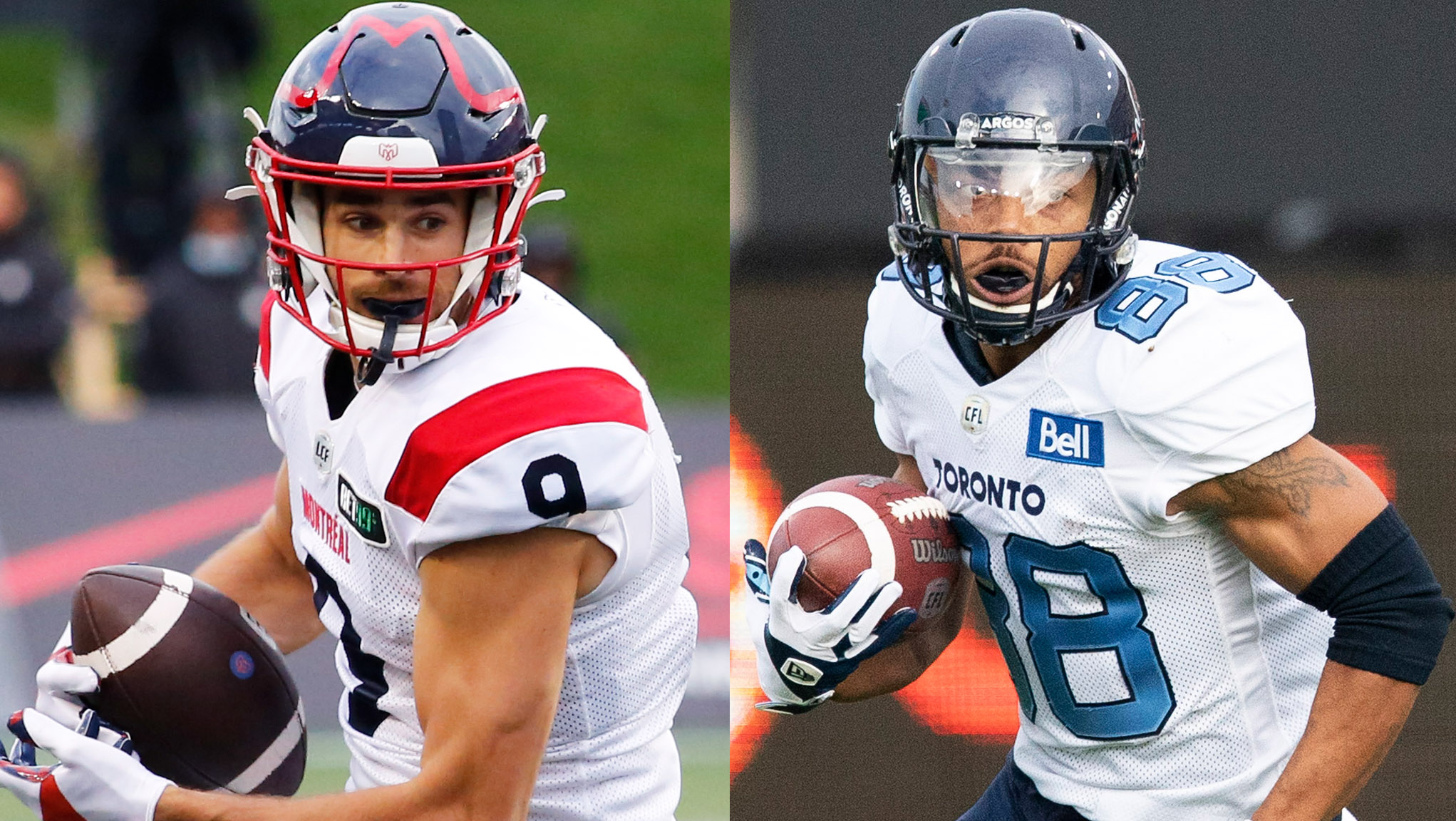 MONTREAL — Week 12 of CFL football kicks off with the Toronto Argonauts travelling to La Belle Province to take on the Montreal Alouettes as the pair continue to battle for the top spot in the East.

Both teams enter Week 12’s matchup riding a three-game win streak, as the Argos hold the first seed in the division with a record of 6-3. The Als are sitting right on their heels in second with a record of 5-4.

After coming away with wins over the Hamilton Tiger-Cats and the Ottawa REDBLACKS in Week 10, the Double Blue have now won four of their last five games. Heading into Friday’s matchup Toronto looks to extend their win streak to four straight wins for the first time since 2013.

The Argos passing attack has exploded under quarterback McLeod Bethel-Thompson, who got the start following an apparent injury to Nick Arbuckle in their Week 7 matchup against the Saskatchewan Roughriders.

Efficient doesn’t even begin to describe the Boatmen quarterback, Bethel-Thompson has thrown just two interceptions on 151 passing attempts this season.

When playing against Montreal, the fourth-year veteran takes efficient play to a new level. Bethel-Thompson has never thrown an interception against the Als and has completed 119 passes, throwing for 1,312 yards and seven touchdowns.

Fortunately for the Argos, running back John White will be returning to the lineup after missing both games in Week 10 with an injury. White has carried the ball 70 on the season, rushing for 362 yards and a touchdown. The pairing of White and D.J. Foster in the Toronto backfield provides them with a nice one-two punch that forces opposing defences to play honest football.

The Argos will certainly be looking to gash an Als defence that gives up the second most touchdowns and third most yardage per game to the running back position.

Stopping the run will be important for both sidelines in this game, and the return of William Stanback for Montreal is something Toronto head coach Ryan Dinwiddie is aware of.

“Defensively we need to change some things, we need to morph our scheme a little bit,” said Dinwiddie of his team. “We learned we need to stop the run; we didn’t stop the run last time and Stanback had a big day.”

Though Stanback is returning to Montreal’s offensive unit, their quarterback Vernon Adams Jr. will not be, at least not for the foreseeable future.

In their Week 11 matchup against REDBLACKS, the Als were forced to turn to their back up Matthew Shiltz, who played admirably and recorded his first career win as a starter. Shiltz threw for 281 passing yards and a touchdown, while adding another on the ground with his legs. Up to this point in the season, the Montreal backup had attempted just 13 passes, completing seven.

That being said, Toronto’s Dinwiddie knows that looks can be deceiving and the Argos must be prepared for a battle against Montreal.

“He’s very similar to Vernon,” said Dinwiddie of Shiltz. “He’s athletic and he can throw it as well, so we’re not really changing anything as far as scheme wise.”

For the Alouettes, regardless of who is under centre the game plan remains relatively consistent; give carries to Stanback and find wide receiver Jake Wieneke, who is seemingly always open downfield.

The emergence of Wieneke through the 2021 has been astronomical. For Montreal this season, the second-year receiver has reeled in 44 of 70 targets for 705 yards and a league-leading eight receiving touchdowns.

The Minnesota native has seen at least seven targets in every game since Week 3 of the regular season and has five games where he has had eight or more targets, scoring a touchdown in all but two games played this season.

The Als will certainly be relying on the electric play of Wieneke and the bruising ability of Stanback to wear down the Argos defence as both teams continue to battle for playoff positioning.

Kickoff is slated for 7:30 p.m. ET on Friday night and can be watched on TSN, RDS and ESPN+ or followed along on CFL.ca’s Game Tracker.