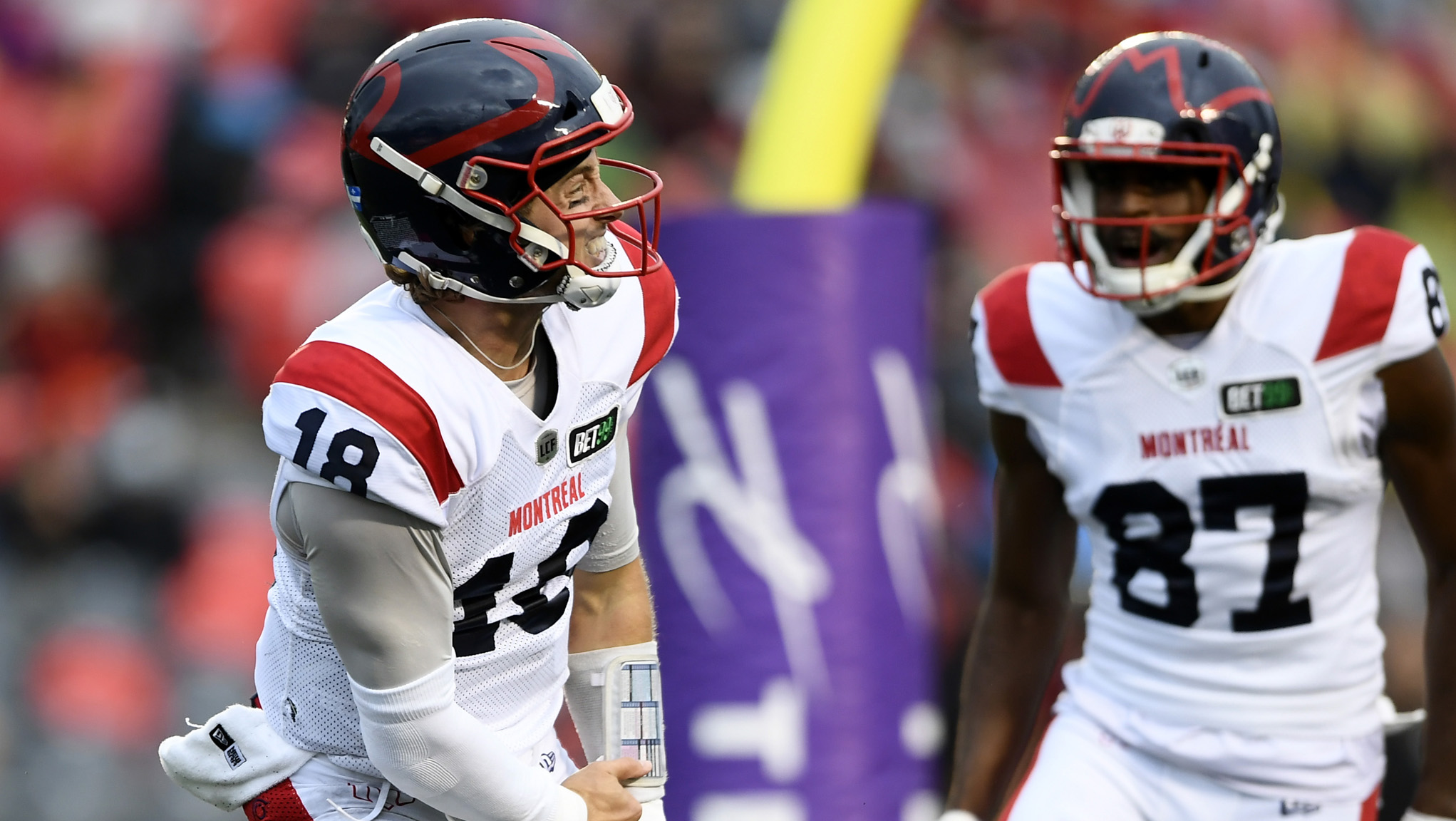 TORONTO — With the weather cooling down across the country, the competition is only heating up in the CFL.

Week 12 kicks off with a battle between the top two teams in the East Division, the Toronto Argonauts and Montreal Alouettes, at Percival Molson Stadium.

A CFL tripleheader gets underway on Saturday, beginning in Hamilton as the Tiger-Cats play host to the Ottawa REDBLACKS. Things then move to Winnipeg where the Blue Bombers, who can clinch the West Division with a win, and BC Lions meet.

And finally, the week ends in Calgary as the Stampeders and Saskatchewan Roughriders meet for the third time in four weeks. 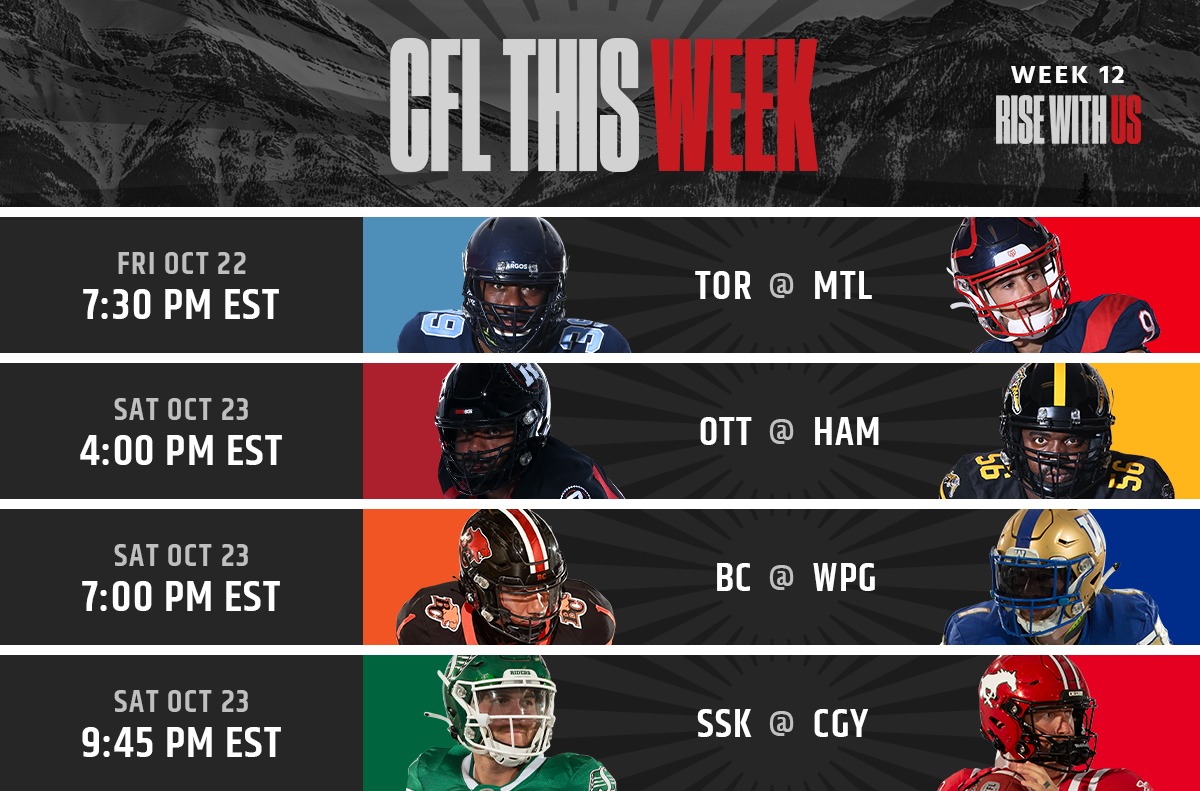