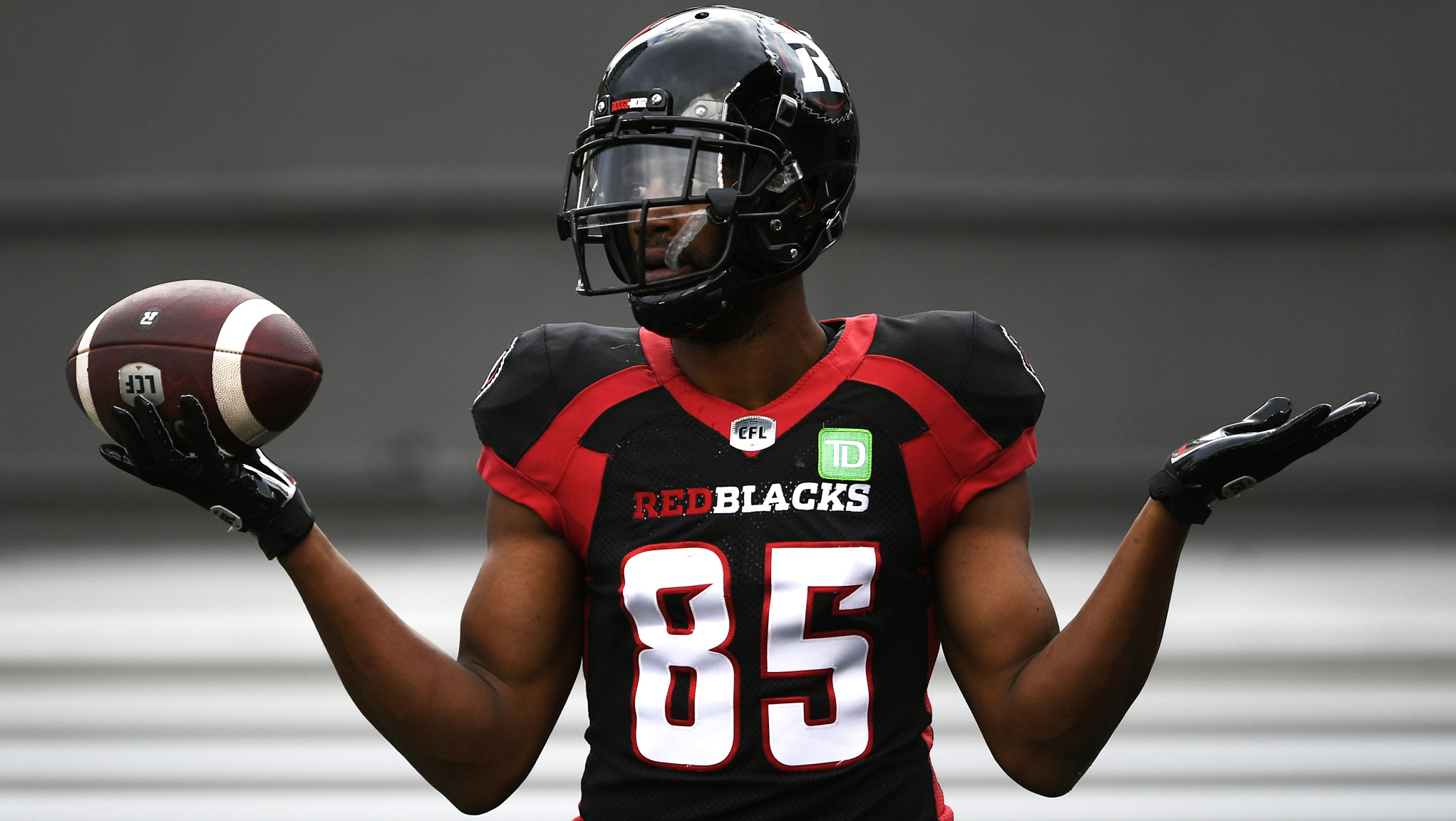 For a second earlier this week, I thought I was taken back in time to 2018.

Trevor Harris in the East Division, Tre Roberson in the Calgary Stampeders’ secondary and Duke Williams donning a green uniform.

But then I gave my head a few shakes, squinted my eyes and realized that while Harris is in the East Division, he’s not a REDBLACK but an Alouette and Williams was actually wearing a different shade of green, swapping the Elks colours for Riders’.

Sergio Castillo is also back in the CFL, oh, and don’t forget about 2019’s interceptions leader, Winston Rose. Things are about to get spicy as we head down the road to the playoffs, my friends. Buckle up.

Before we get to some CFL Fantasy chatter and my picks, I’d just like to give a shoutout to all of the offensive lineman across the league. Stanley Bryant‘s quote saying, “We do more than just eat all the time” really struck a chord with me this week. Because you know what, you do do way more than that, Stanley.

We hear it all the time; quarterbacks, receivers and running backs alike giving praise to their o-line for blocking and creating space to allow the guys who have the ball in their hands to do the magic that we love to see on the field.

So shoutout to the big guys in the trenches. We see you.

Here’s my CFL Fantasy lineup from last week. Jake Wieneke was my best player with 24.4 points after he lived up to his nickname, TD Jake, by scoring his league-leading eighth receiving touchdown. 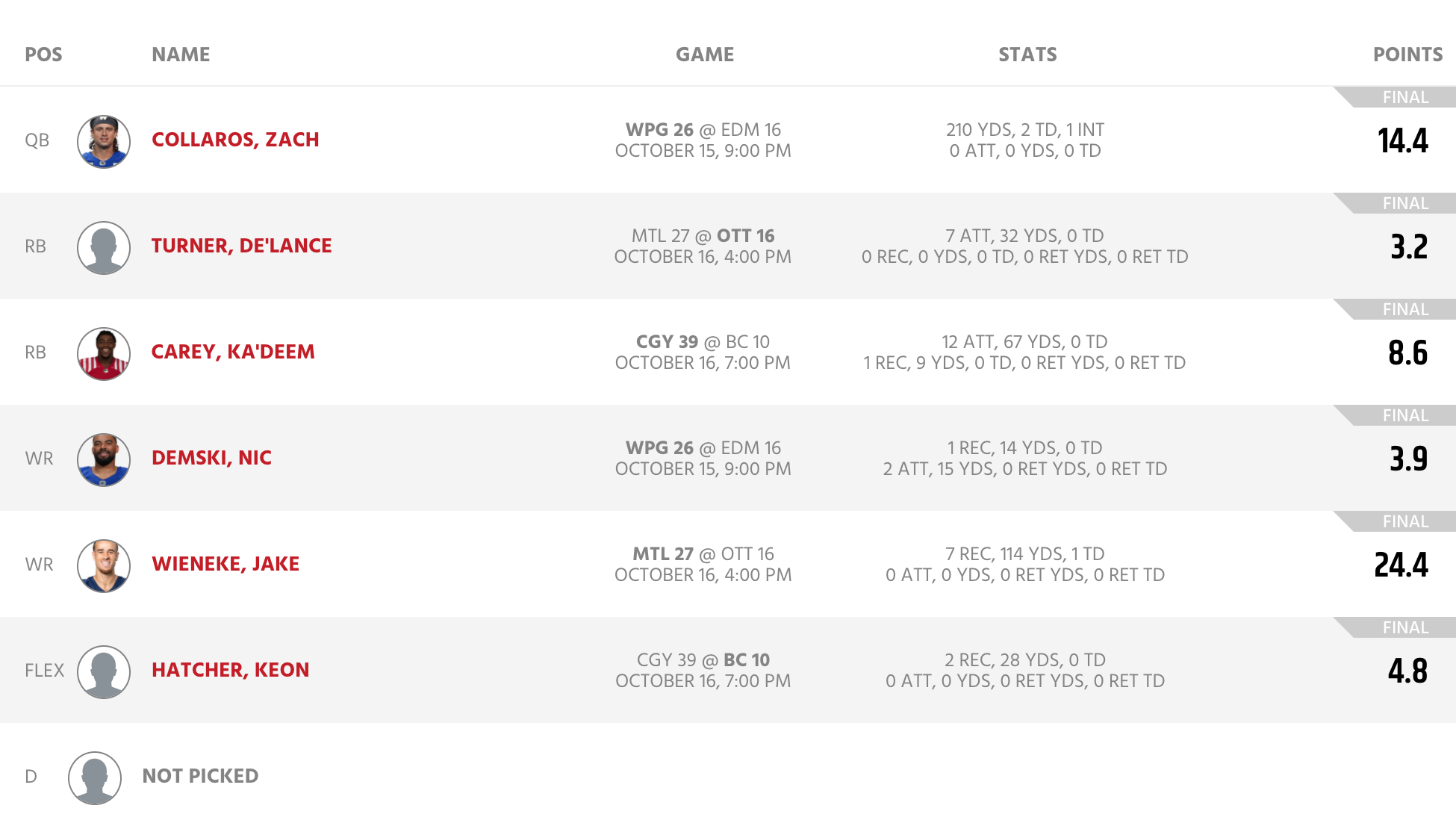 This week I’m going with McLeod Bethel-Thompson at QB and Brady Oliveira and Ka’Deem Carey at running back. I’m rolling with DaVaris Daniels and Kenny Lawler at receiver and I took a cheaper option at flex with Keon Hatcher.

A battle for the top spot in the East? This is the kind of football I love to see. McLeod Bethel-Thompson has been excellent for the Argonauts over his last few starts and their defence has also really turned a corner with Chris Jones in the building. I’m rolling with Toronto to stay atop the division.

My heart says Ottawa but my head says Hamilton.

How do you pick against Winnipeg? I just don’t think you do.

It’s time we all stop sleeping on the Calgary Stampeders (unless you’ve already woken up to them, then carry on). Did we really think that the Stamps wouldn’t figure things out? With two wins against the Riders and a big victory against the Lions last week, I’m thinking Bo Levi Mitchell and co. continue their upward trajectory and take their third and final meeting with Saskatchewan of the regular season.