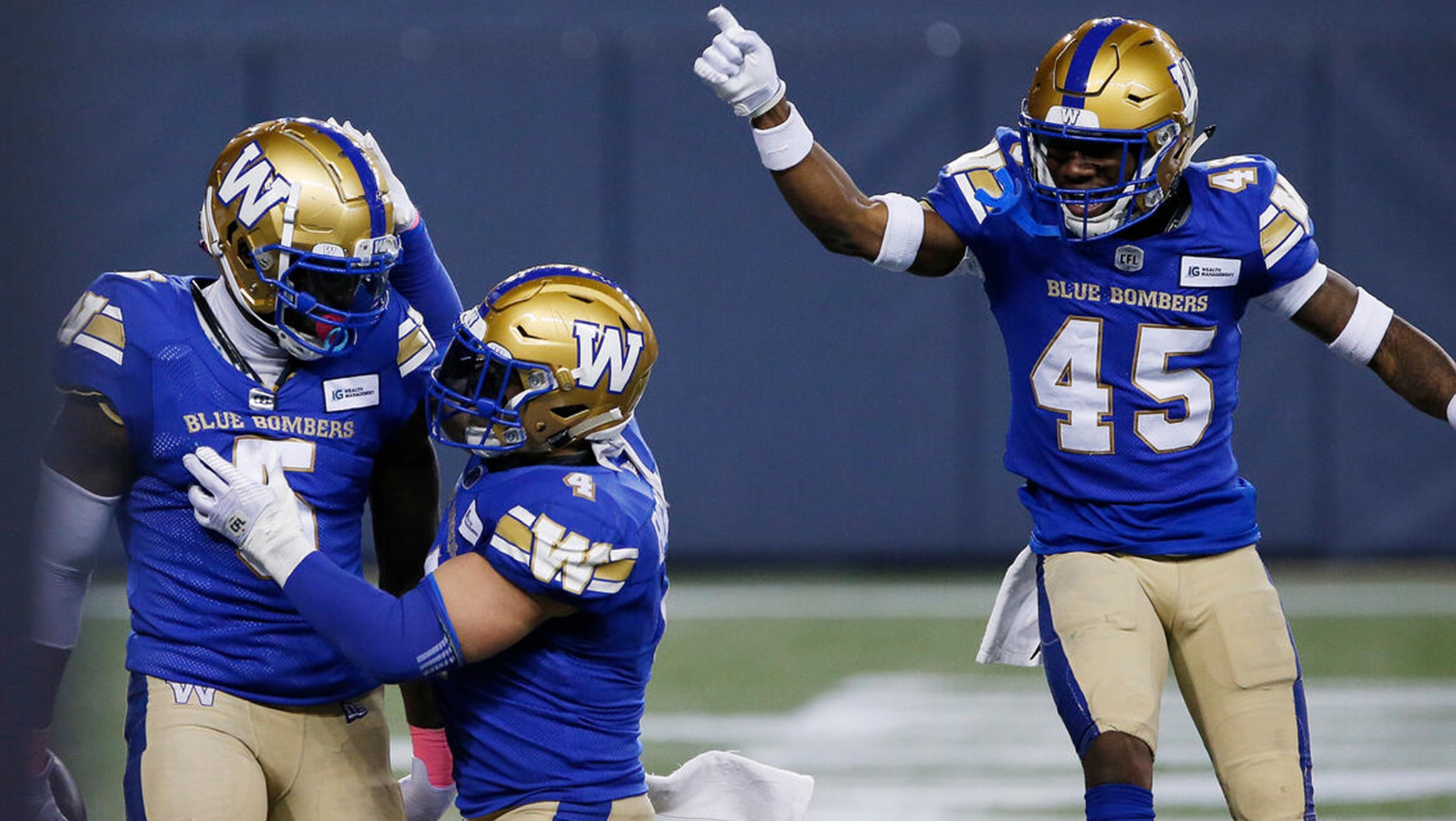 Remember when Patrick Levels of the Montreal Alouettes reminded everyone how close his team were to a major breakthrough in results?

William Stanback has been simply unstoppable out of the backfield in 2021, with Week 12 being no exception as #31 rumbled for 203 yards!

And now for the air attack, with receiving yards leader, Eugene Lewis adding another two touchdowns on Friday night!

With the decisive 37-16 win, the Alouettes are now the East Division’s best, and with their dominance on both the offensive and defensive sides of the ball (hello, Money Hunter) all signs point to another exciting stretch run in “La Belle Province”.

The West Runs Through Winnipeg

It’s the year of the Winnipeg Blue Bombers: There is officially no doubt.

While last week Winnipeg were the first to clinch a playoff berth, in Week 12 they officially clinched the West Division.

An authoritative 45-0 victory over the BC Lions from IG Field over the weekend locked the top spot in the West for Winnipeg, as they will now host the Western Final on December 5.

From a sheer content perspective, any reference to “Old School” is happily welcomed around these parts.

When you are winners of eight-straight game this season, why not have a little fun with it.

Now for the Blue Bombers highlights:

KENNY LAWLER DOES IT AGAIN!

Keep that football in a special place, Brady!

One for the mantle!

Perhaps the turning point in this one, was Willie Jefferson doing what we’ve seen many times: Creating turnovers and making sure they end in six points!

The dominant onslaught for the Blue Bombers would only continue….Enter Janarion Grant, a.k.a. “Speedy Grant”.

Until December 5, we don’t expect much else to change for Winnipeg to close out the 2021 season, as they just keep proving themselves as a cut above in 2021.

That’s The Jeremiah We Know!

It was the Hamilton Tiger-Cats and Ottawa REDBLACKS kicking off our Saturday triple header in Week 12.

Slowly but surely, Jeremiah Masoli is returning to his old self with the Black and Gold, throwing for two touchdown through the air against the REDBLACKS defence.

He certainly is that guy.

Just one more accolade on an outstanding career, and one of the best ever to do it in Calgary.

BO IS THAT GUY!

Because dogs doing incredible things are lightning rods on social media, the Calgary Stampeders had quite the halftime show in Week 12 from McMahon Stadium:

The third meeting between the Stampeders and Roughriders went down to the wire, but it was this gutsy call on third and goal to Kyran Moore for the Green and White that ultimately would be enough to hold off Calgary:

With the win, the Roughriders hang on to sole possession of second place in the West Division entering Week 13.

The playoff implications and drama are only increasing with each coming week…Stay tuned, CFL fans!