The Elks have swung a deal with the Toronto Argonauts to acquire Nick Arbuckle. Edmonton is sending a conditional third-round pick in the 2022 CFL Draft to the Argos, as well as the negotiation list rights to quarterback Chad Kelly. The third-round pick can upgrade to a second-rounder if Arbuckle signs with the Elks. The move comes a day before the CFL’s trade deadline, which is 4:59 p.m. ET on Oct. 27. 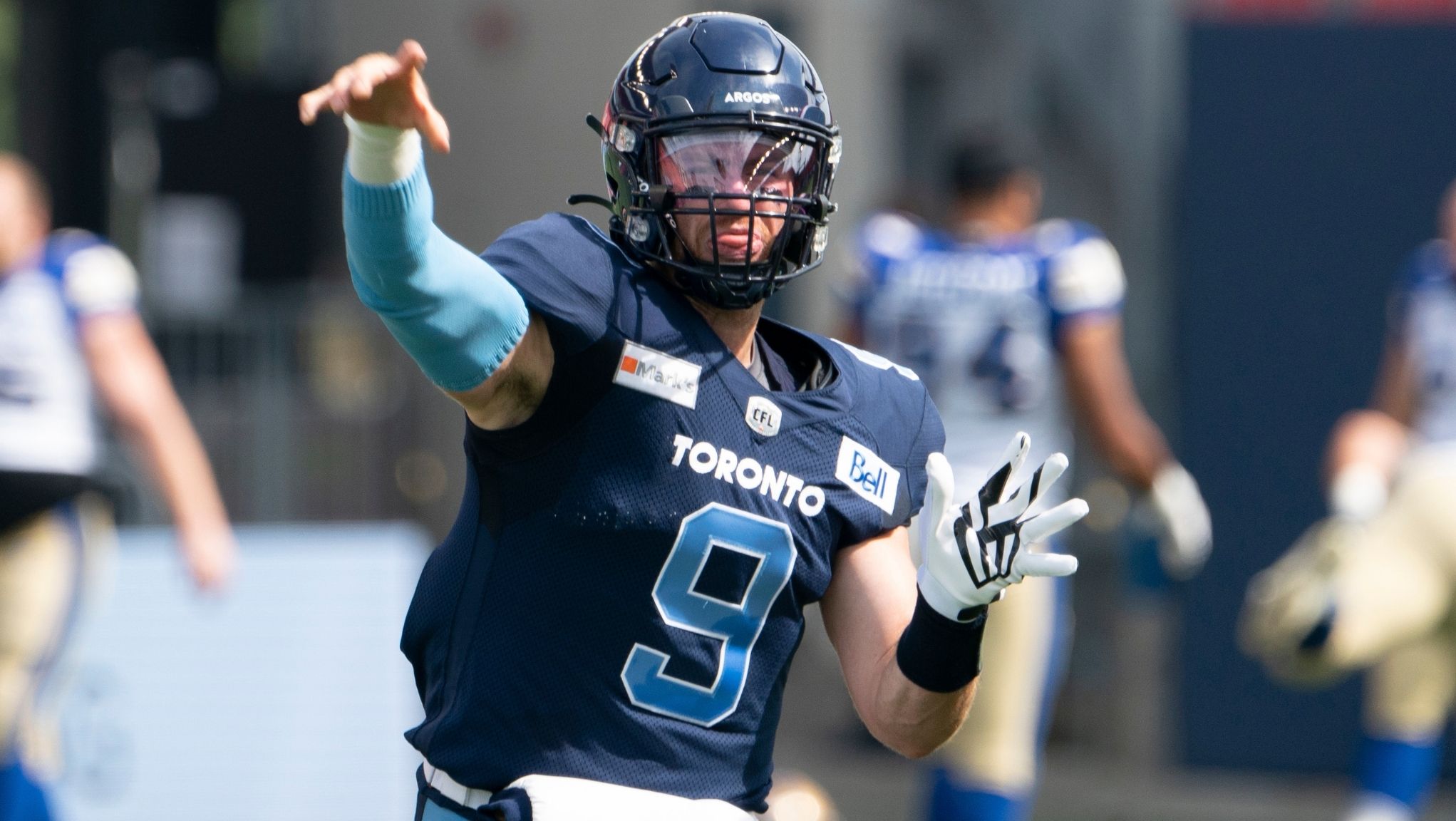 Nick Arbuckle will head to Edmonton with a chance to become the team’s starting quarterback (Peter Power/CFL.ca)

Arbuckle, 28, will join Edmonton having played in seven games this season, where he’s made 96-153 passes for 1,158 yards with five touchdowns and six interceptions. The six-foot-one, 213-pound pivot missed a number of games to injury this season and watched from the sideline as McLeod Bethel-Thompson lifted the Argos toward the top of the East Division.

The move is another unexpected one for Arbuckle, who was traded from Calgary as a pending free agent after a strong showing in a reserve role in 2019 and signed with the Ottawa REDBLACKS. He was released from his contract on Jan. 31 and promptly signed with the Argos the next day.

Through his three-season career, Arbuckle has thrown for 3,405 yards on 287-416 passing, with 17 touchdowns to 11 interceptions. He has the credit this season of being the only quarterback in the league to defeat the Winnipeg Blue Bombers. Arbuckle was 23-32 for 310 yards and a touchdown in the Argos’ Week 3 win over the league’s top team.

The Elks traded quarterback Trevor Harris to Montreal last Sunday, opting to go with rookie pivot Taylor Cornelius. The trade for Arbuckle is one that goes in a different direction but gives a more experienced player an opportunity to lead what’s on paper a very high power offence that hasn’t found its way this season.

The Elks are 2-7, with five games left on their schedule. They currently sit at last place in the West Division. Edmonton hosts the Hamilton Tiger-Cats at Commonwealth Stadium on Friday, while Toronto welcomes the BC Lions to BMO Field on Saturday.