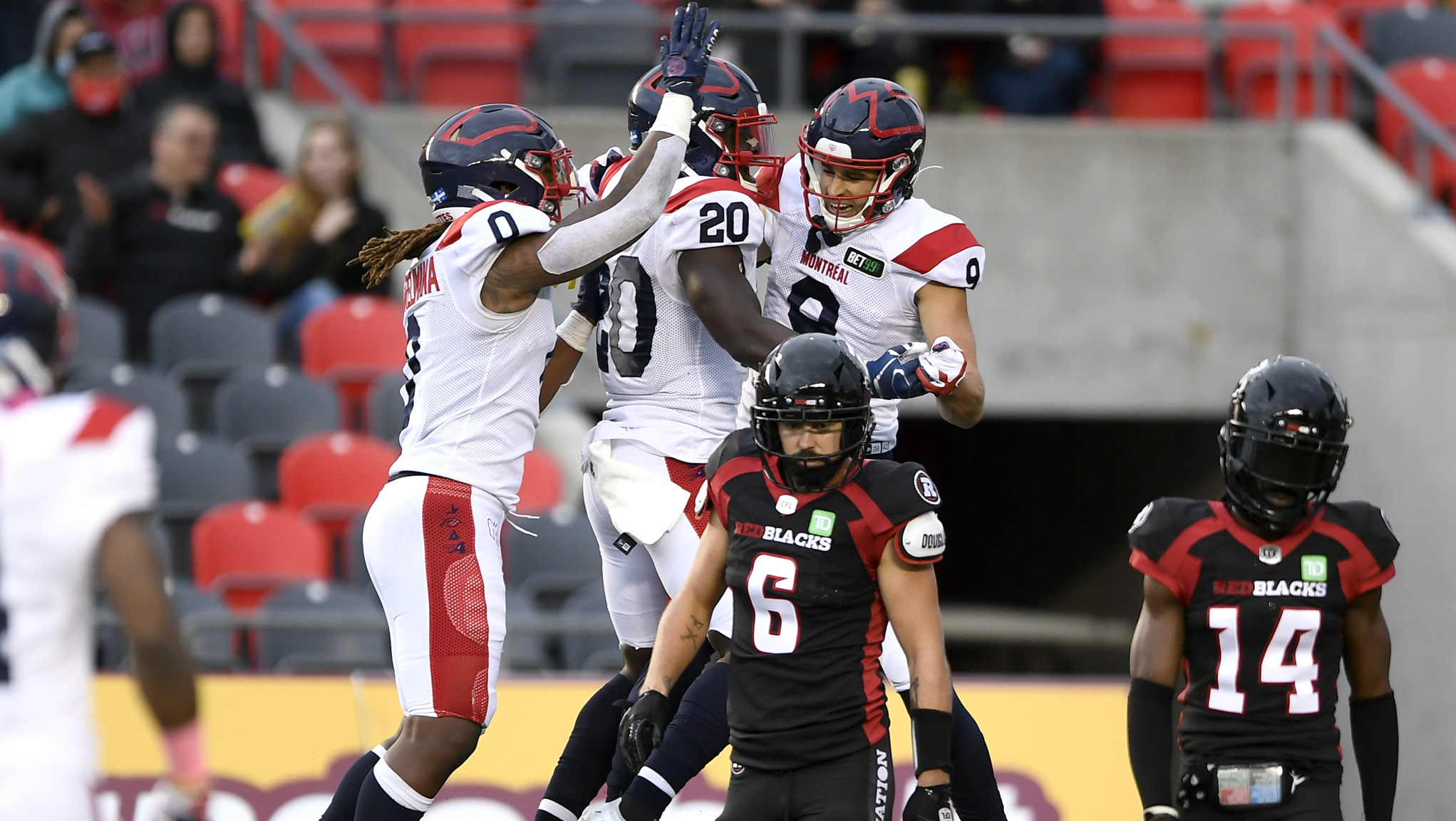 TORONTO — The 10-1 record, the eight-game win streak and the most recent body of work — a 45-0 win over BC — all speak for themselves when it comes to defining the dominance of the Winnipeg Blue Bombers this season.

We’ll offer you one more nugget of info, like sprinkles on a cake of football excellence. Our simulation model now pegs the Bombers at a 70.57 per cent chance of claiming the Grey Cup. It’s one of the highest probabilities that the simulation has ever produced.

While these numbers are simply a weekly reflection of where we stand at this point in the season — which the once seemingly dead-in-the-water Calgary Stampeders may proudly remind you of — the numbers do show step-by-step just how consistently good the Bombers have been. Their locking up of first-place in the West Division may be the only thing that slows this team down (by their choice) in their next three games.

But enough about a generationally great team.

The simulation looks kindly this week on the Montreal Alouettes, who convincingly took the top spot in the East last week with a win over the Toronto Argonauts. It won’t take you long to find the Als in these listings this week.

Have a look below to see where your team sits this week. A reminder: As teams clinch spots and are eliminated from playoff contention, you’ll see more Cs and Es popping up here.