From The Editor’s Desk: It’s spooky season in Week 13 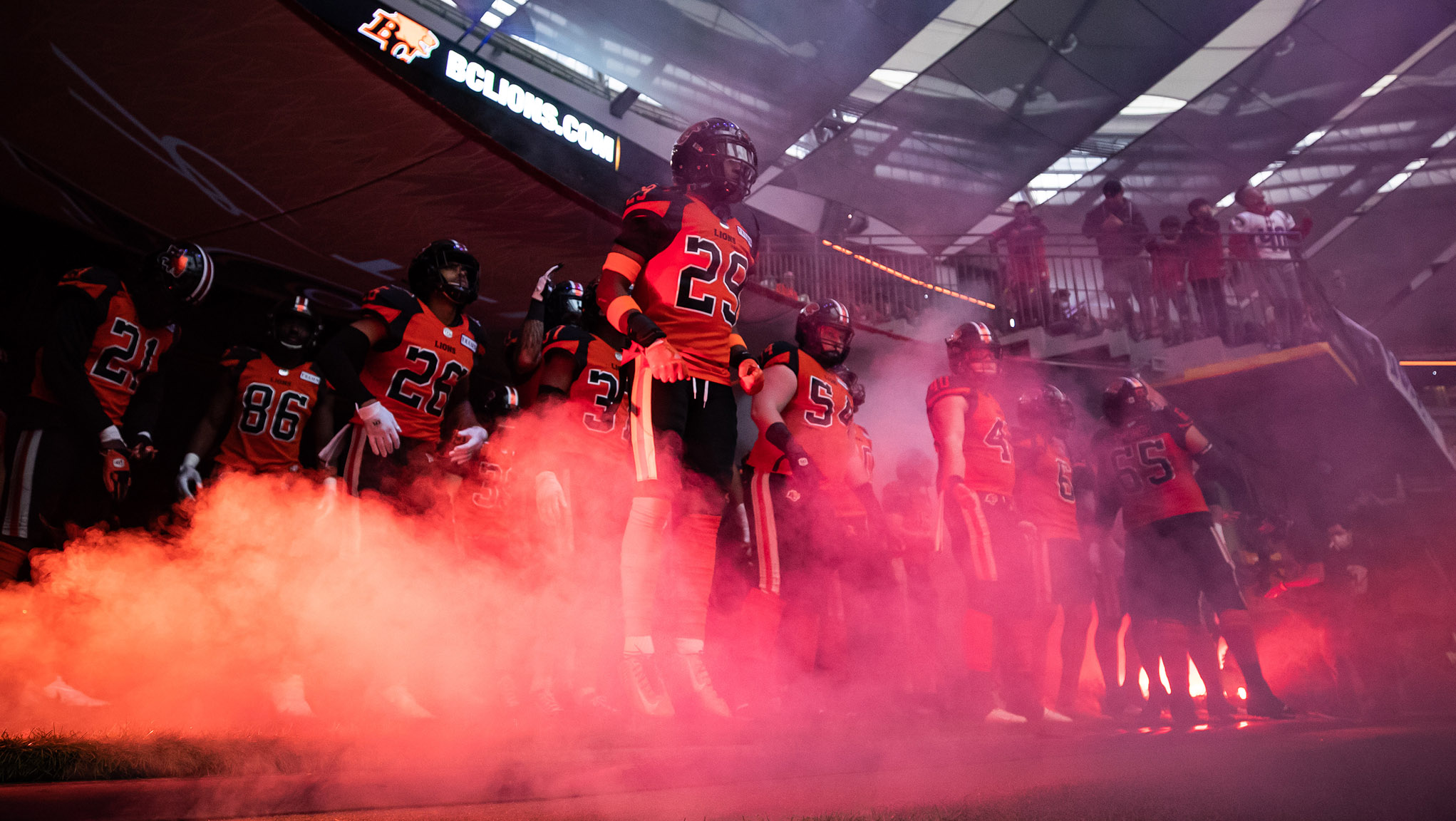 From The Editor’s Desk: It’s spooky season in Week 13

Week 13 comes to us during spooky season, which is fitting since the number 13 is associated with all things eerie.

Halloween is on Sunday and before we dress up and eat way too much candy, we have four CFL matchups to enjoy.

Things kick off on Friday night with the first of two doubleheaders. The first game features the Calgary Stampeders and Ottawa REDBLACKS and game two is a meeting between the Hamilton Tiger-Cats and Edmonton Elks.

Saturday’s doubleheader begins in Toronto as the Argonauts host the BC Lions. And the final game of the week is a matchup between the Saskatchewan Roughriders and Montreal Alouettes.

Speaking of scary things, here’s my CFL Fantasy roster from last week. It was a rough outing for me, and for McLeod Bethel-Thompson, who tossed four interceptions against the Montreal Alouettes. 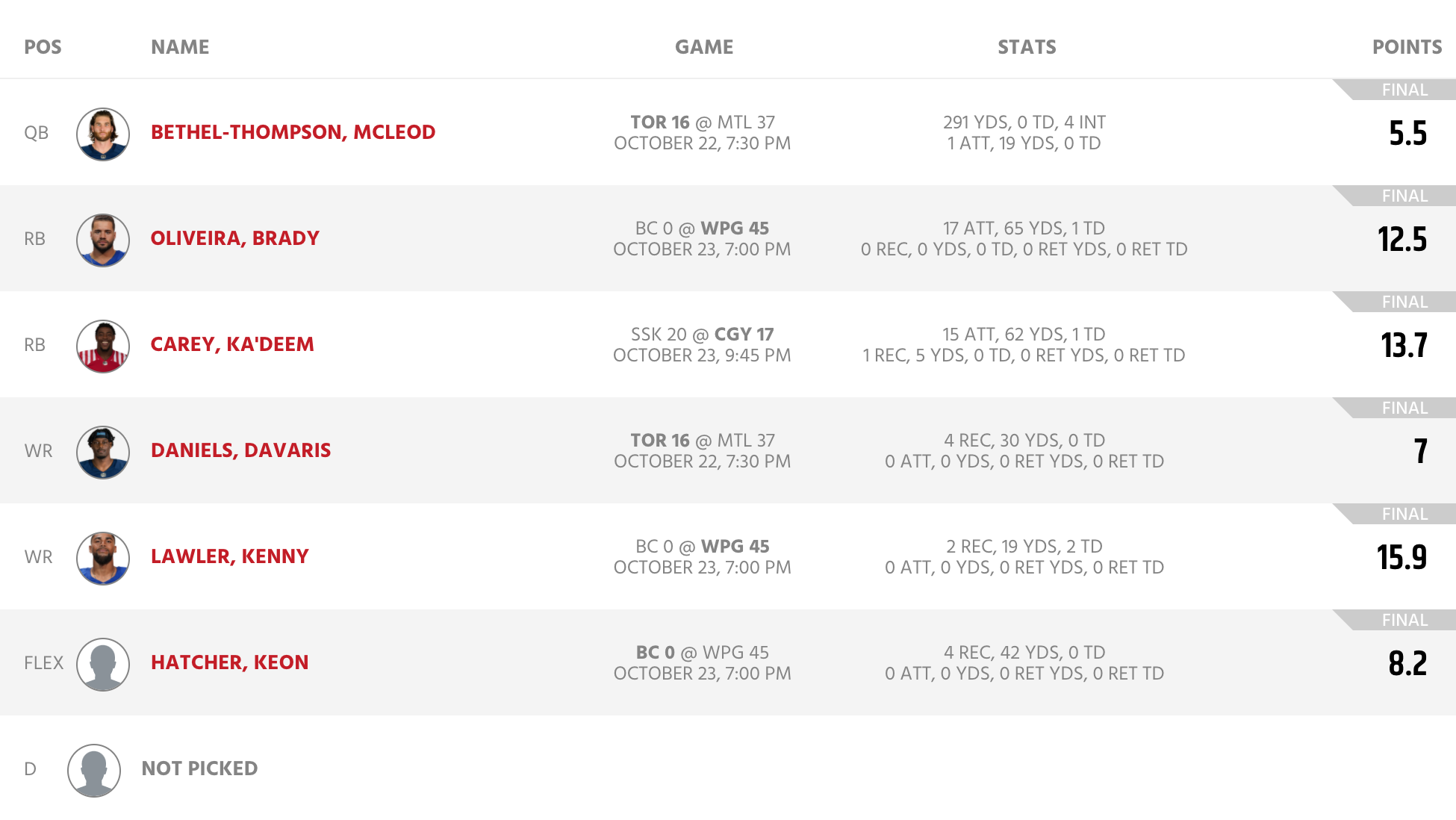 This week I’m going with Jeremiah Masoli at QB along with Ka’Deem Carey and D.J. Foster at running back. For my two receiver spots, I went with Kurleigh Gittens Jr. and Steven Dunbar and for my flex I’m rolling with Kyran Moore. And as always, no defence. 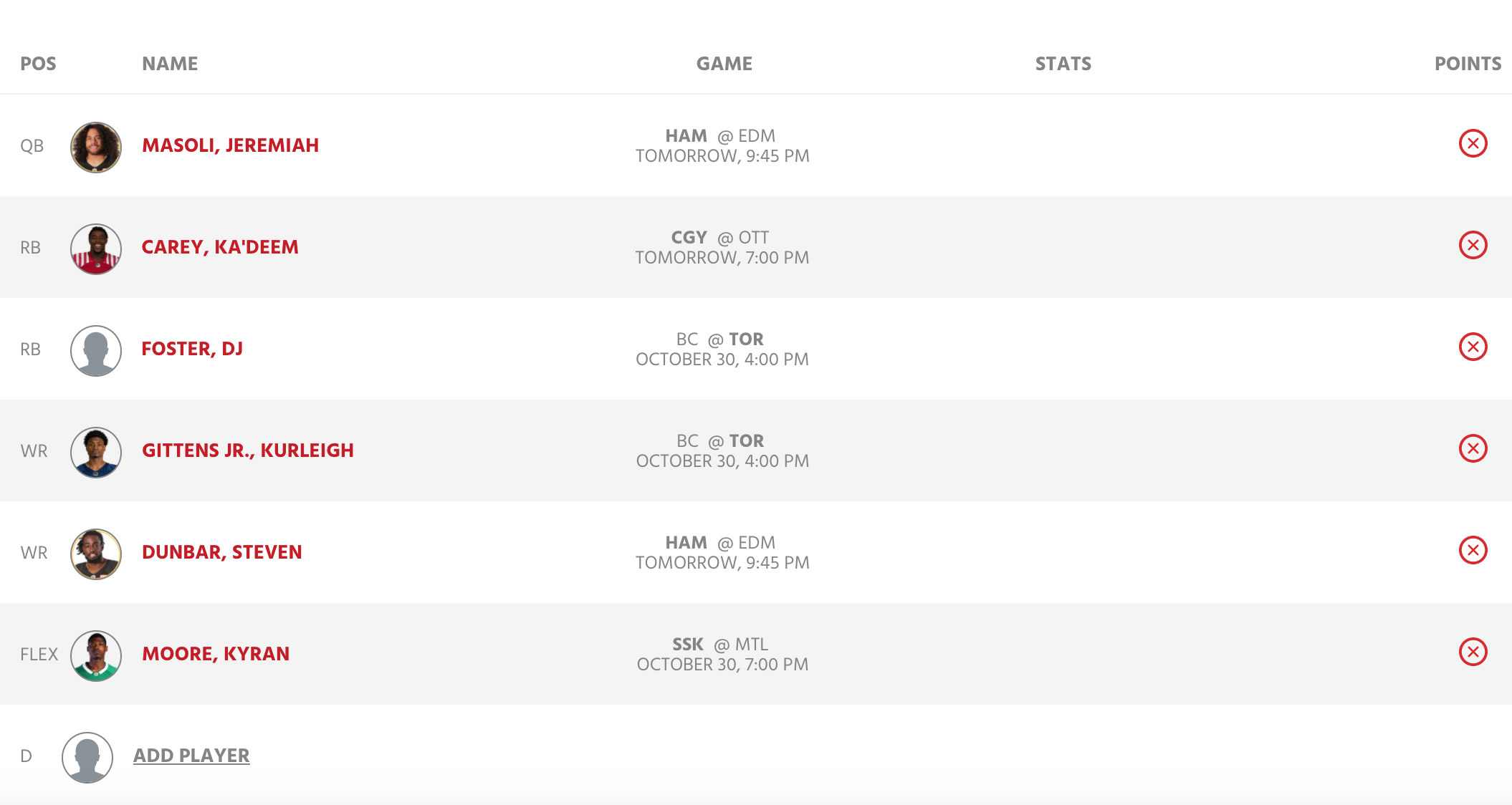 Bo Levi Mitchell and co. will be looking to carry their momentum over from Week 12’s win over the Roughriders to the nation’s capital. With Ottawa’s offensive struggles, and Tre Roberson slotting into the lineup this week in the Stampeders secondary, I think Calgary wins this one.

Hamilton is eyeing the top spot in East so I can only imagine that they’ll be fighting hard to get the win in Edmonton.

With BC on a losing skid and Toronto undefeated at home, I’m going with the Argonauts to walk away from BMO Field with their fifth win of the season in their own building.

This was a toss up for me.. especially since Montreal has one of the hottest defences in the league right now. I’m thinking there will be a better output offensively from Shaq Evans and Duke Williams since they both have a game of action under their belt, which will obviously help out Cody Fajardo and the offence. Plus, the Riders are 3-0 against East teams this season.