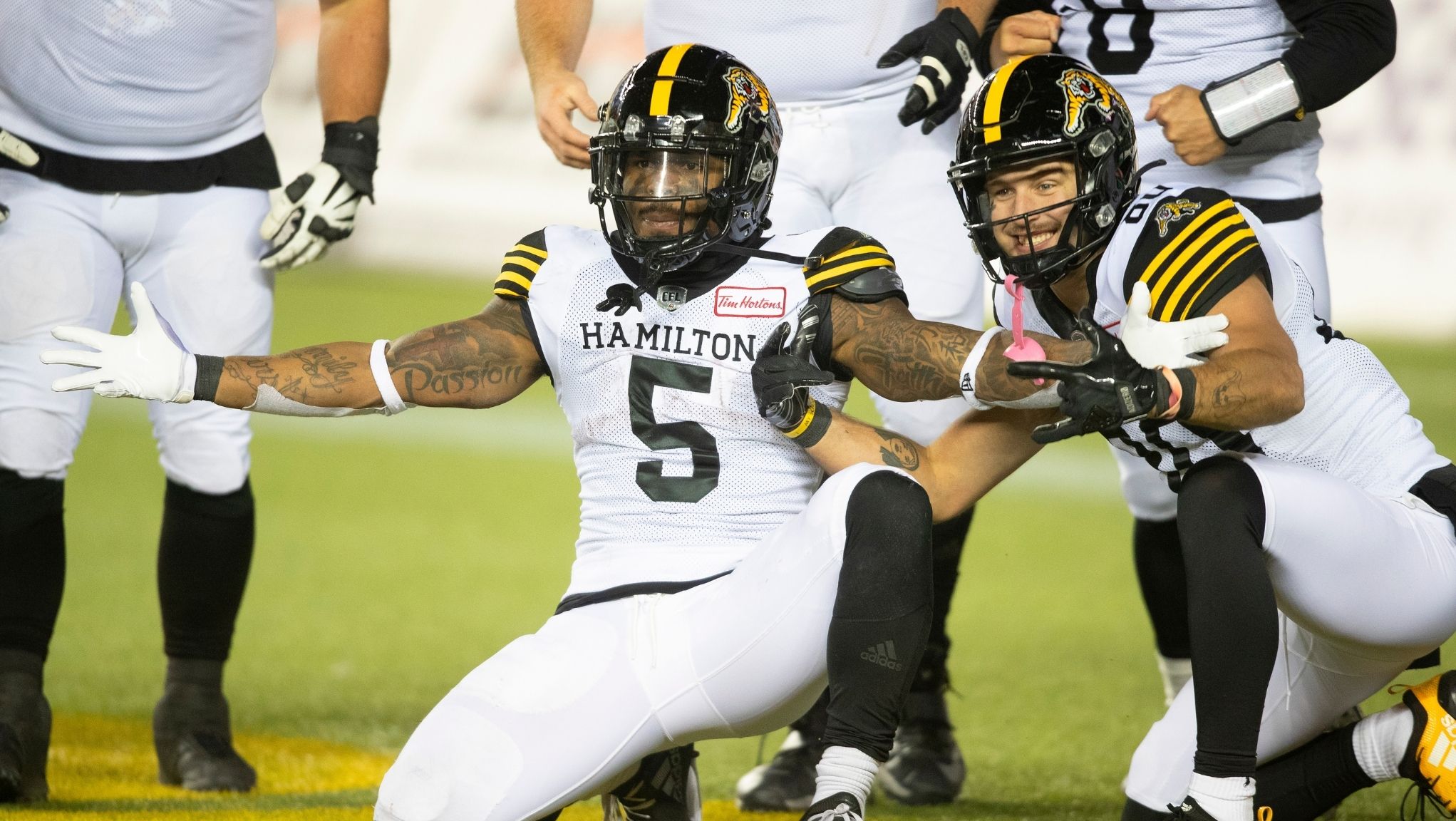 EDMONTON —  In recording 120 rushing yards, the most by any Hamilton Tiger-Cat running back so far this season, Don Jackson delivered in his start for the Ticats’ in their 39-23 win over the Edmonton Elks.

After signing with the Ticats following his time in Calgary with the Stampeders, the University of Nevada product has been used sparingly in Hamilton. During his 2018 season, Jackson led the way for the Stamps backfield, rushing for 924 yards on 160 carries. In his following 2019 season, Jackson’s production decreased to just 246 yards on 58 carries as he appeared in just seven games.

Given the talented stable of running backs the Ticats have along with his injury at the beginning of the season, Jackson hadn’t been called upon much outside his debut in Week 5 against the Toronto Argonauts. That was until this past week as with all the injuries the Ticats had accumulated, Jackson got his chance to shine as the featured back.

RELATED
» Ticats down Elks for second win in a row
» Through the Lens: Hamilton at Edmonton
» Boxscore: Ticats, Elks by the numbers
» Watch: Masoli threads the needle to Dunbar who muscles it to the endzone

Having it been a significant amount of time since Jackson had been presented with an opportunity to take over a game, he knew he just had to be patient and his time would come.

“I maintain patience by just going to work,” said Jackson. “Staying in tune with the gameplan, staying in tune with what we do as an offence and as a team, that’s really how you combat that. I can’t focus on the uncontrollables; all I know is I can control how I come to work every day and how I help my teammates.”

Jackson’s running style was noticed by his coach, Orlondo Steinauer, who talked about it in his post-game meeting with the media.

“I give credit to him because we brought him in for a reason,” said Steinauer. “He had injuries earlier and we had ratio challenges and he’s been just been waiting, biding his time. Because of some injuries again he was able to get the opportunity to go back there and do what he can do. Big credit to him; I thought he ran downhill, I thought he ran hard.”

Jackson’s ability to alter the game directly on the ground was evident throughout the night. Carry after carry, he was able to break tackles and churn out extra yardage. What Jackson was indirectly able to do on offence was allow Jeremiah Masoli to capitalize on the Elks stacking the box which in Steinauer’s eyes, made way for the Ticat’s downfield passing attack.

Masoli, much like Steinauer, also believed that Jackson’s performance allowed the Ticat’s offence to be more dynamic and multi-faceted which resulted in three passing touchdowns.

“I think it helped open up our play actions being able to run the ball like that,” said Masoli to the media. “It wasn’t like they were just like huge holes. At the end of the day, our receivers are just super talented, they were getting open running away from guys.”

Next up for the Ticats will be a trip back home to Tim Hortons Field where they welcome the visiting BC Lions on Friday at 7:00 p.m. ET.