Power Rankings: Everyone loves the middle 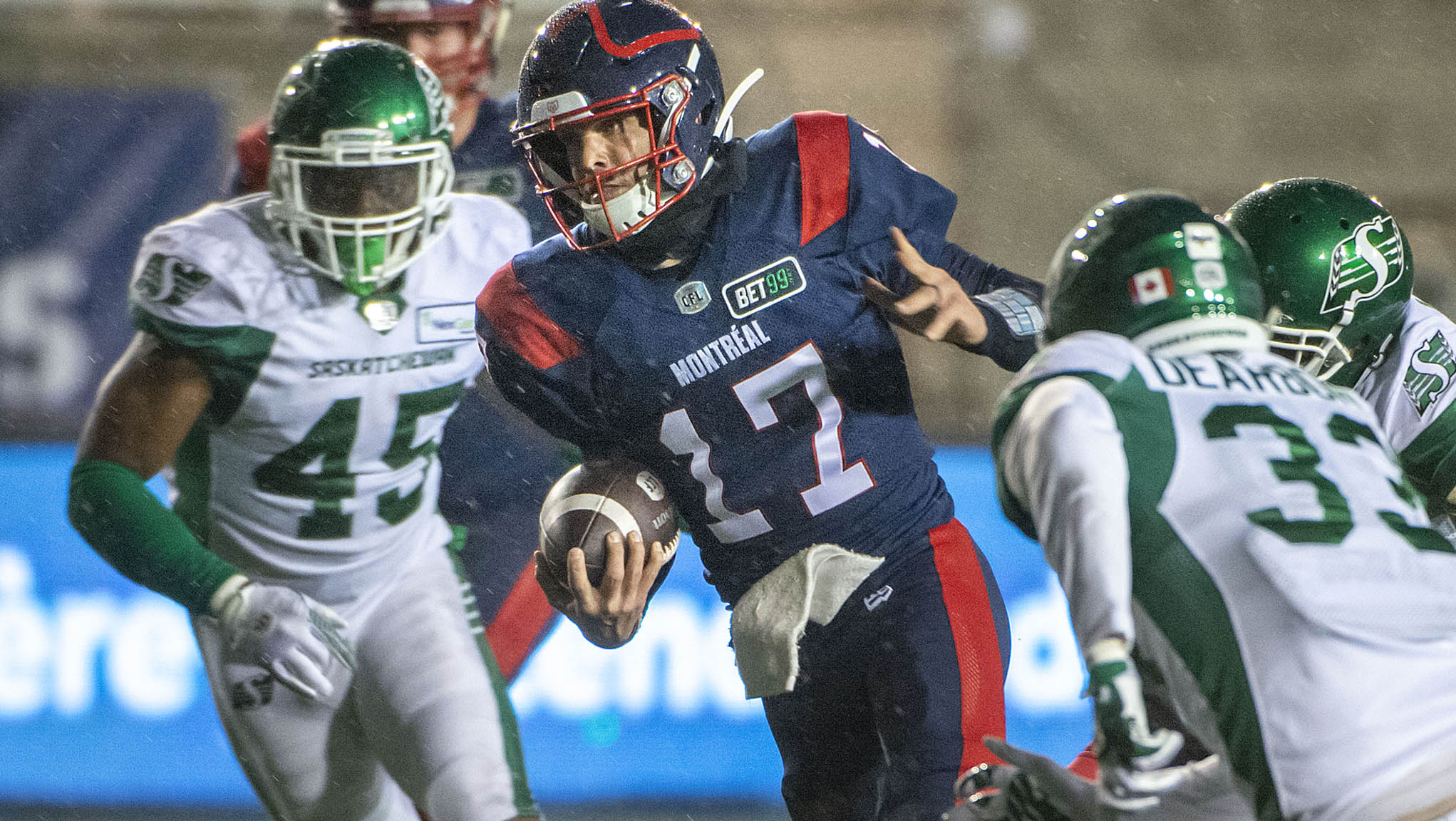 Power Rankings: Everyone loves the middle

TORONTO — It applies to Oreo cookies and this season it applies to our power rankings, too.

The middle is the most enjoyable part.

Sure, you’ll find the odd person that will point out that the crumbly, chocolatey casing of the cookie is delicious, both with milk and as key component in things like cheesecake or ice cream treats. While they’re not entirely wrong, we believe the party is truly in the middle.

That’s not to take away from the Winnipeg Blue Bombers, who have held the No. 1 spot in 11 of our 13 editions of the power rankings this season. The Bombers are both that crumbly shell on this figurative cookie and the glass ceiling for the other eight teams in the league. At this point, we know where to find them every week.

It’s in spots 2-5, and maybe even six that things feel like they’re endlessly interesting.

At 7-4, Saskatchewan and Toronto have some separation from the pack, but Calgary, Hamilton and Montreal are still within striking distance of them, either at 6-5 or 6-6. The Lions are falling behind at 4-7, but we know they’ll fight as they face mathematical elimination from the playoffs. With the exception of Winnipeg, which has earned the top spot in the West, the final three or four games that teams have left could all be of consequence as the regular-season schedule comes to a close. The schedule has worked out so that even the games that Edmonton (also still mathematically in it) and Ottawa are playing in will still see their opponents in need of victories and not easing up on them.

We’ve got three weeks of action in front of us, with a lot to be determined. How that middle of the pack shapes up will be very entertaining.

The Bombers come off of their bye week with the West secured. It’ll be interesting to see how they approach their final three games of the season, starting with the visiting Alouettes on Saturday night. If the Bombers were to run the table to close out the season, their 13 wins would be their highest since the 2001 season, when they were 14-4, under QB and MOP Khari Jones. That team lost in the Grey Cup game to Calgary.

It wasn’t the prettiest game in Montreal, but the Riders’ 19-14 win had that defence-first, grind-it-out feel that teams often rely on in the playoffs. There’s still time for the offence to come together and for Duke Williams and Shaq Evans to become bigger contributors there. Knowing you can count on your defence at this time of year is big, though and should help the Riders’ confidence as they chase a home playoff date for Nov. 28.

The Argos clinched their playoff spot, but may be feeling lucky early this week. They survived a coaching blunder in the final moments of regulation that ended up sending their game against the Lions to OT. McLeod Bethel-Thompson also pointed out some missed throws that would have put the game out of reach before it came to that premature victory formation on Saturday afternoon. Those kinds of mistakes can cost you your season on bigger stages. The Argos (and their nervous fans) will hope they’ve learned from their Halloween weekend scare.

The Stamps took the first punch in their battle with the REDBLACKS on Friday night, but shook it off and managed to even up their record, gaining some important ground on BC in the standings. The Stamps put up 375 yards of offence, but only managed a pair of touchdowns against what’s been a generous Ottawa defence this season. The Stamps leaned on Ka’Deem Carey (103 rushing yards) and a strong defensive performance on Friday. Dave Dickenson’s team is finding different ways to win this season, but is getting those Ws. Calgary is now 4-1 since starting the season 2-5.

Of all the teams considered in this week’s ranking, Hamilton felt like the one that could have moved the most. There’s momentum building with this team, but they’ve also beaten the two worst teams in the league in the last two weeks. A desperate Lions team will be a better test for them this week, where the advantage of Tim Hortons Field isn’t the guarantee it felt like it was in 2019.

With the Als chasing the top spot in the East Division, it turned out that Matthew Shiltz had a pretty small margin for error in Saturday’s game against the Riders. His second interception of the game was called back as an incompletion, but coach Khari Jones had seen enough, letting Trevor Harris close the game out. With a home-and-home series with Winnipeg up next, then the regular-season finale against Ottawa, we wonder if the move to Harris is a permanent one, or if Shiltz will get another shot to lead the Als’ offence.

If the Lions weren’t in desperation mode yet, they are after their heartbreaking OT loss to the Argos. The Lions will no doubt look back at Saturday as a game that got away from them. The kicking issues that they had — and appeared to resolve — at the start of the season have returned, with Jimmy Camacho missing three times, leading to the Lions failing to capitalize on the incredible window that the Argos gave them. They’ll be in tough this week against Hamilton at Tim Hortons Field.

The Elks shared some good news on Monday, announcing that Nick Arbuckle had signed a one-year contract with the team, that keeps him in Edmonton through the 2022 season. That gives some clarity on next season, where the 28-year-old should finally become a full-time starter in the CFL. While this season feels lost, Elks fans should be able to get a look at their future QB in the team’s final four games.

After a tumultuous week that saw GM Marcel Desjardins relieved of his duties, the REDLBACKS played a decent game against the Stampeders, jumping out to a 10-3 lead in the first quarter. A positive sign for their quarterback, Caleb Evans: The rookie had a clean sheet on interceptions. After throwing nine in his last four games, he took better care of the ball on Friday night. Should Evans get the start this week, he gets to face the Argos’ defence that took three interceptions from him the last time they met.