Weekly Predictor: Betting on the Alouettes 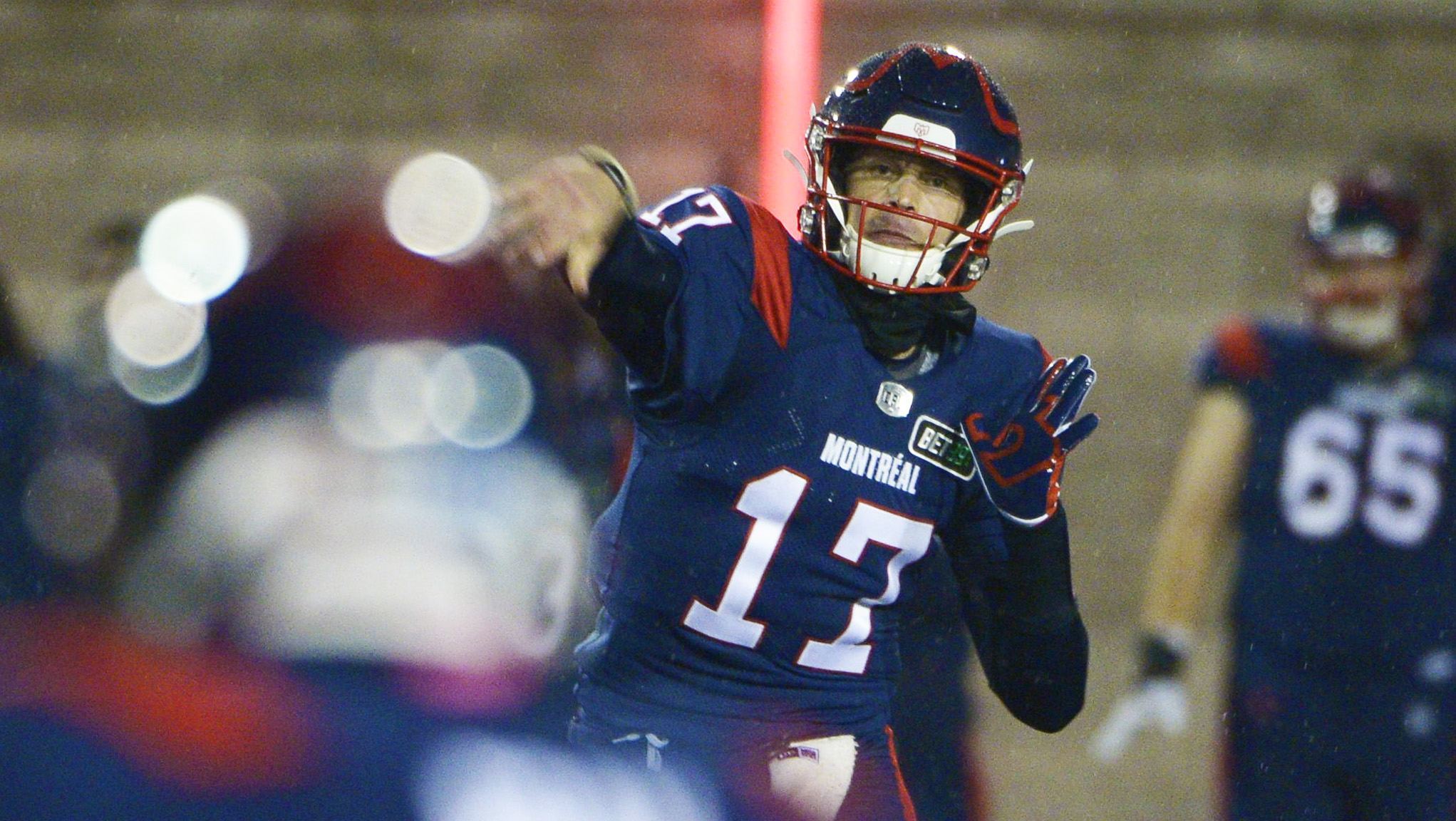 Weekly Predictor: Betting on the Alouettes

There is one thing about me that starts to really work its way to the forefront every year since the CFL started tracking the picks of their analysts.

My competitive streak. A few years ago it was Matthew Cauz who was my nemesis. He kept picking the favourites and favourites kept winning. I, meanwhile, needed a comeback so I took risks. It’s how my brain works. It’s not about doing what you want to do, but doing what you need to do to try and win.

Here I am again this year with three weeks left and pondering every time I select my picks: ‘what is Pat Steinberg going to do?’

I’m thinking that this week especially with the Stampeders not playing.

I’m one game back and I want to win. Do I take risks, thinking he’ll play it safe and maybe allow Jim or Kristina or Matt to drop me out of a podium finish?

Bottom line is this. Go with your gut. My gut tells me I need to eat more vegetables so to heck with the gut. 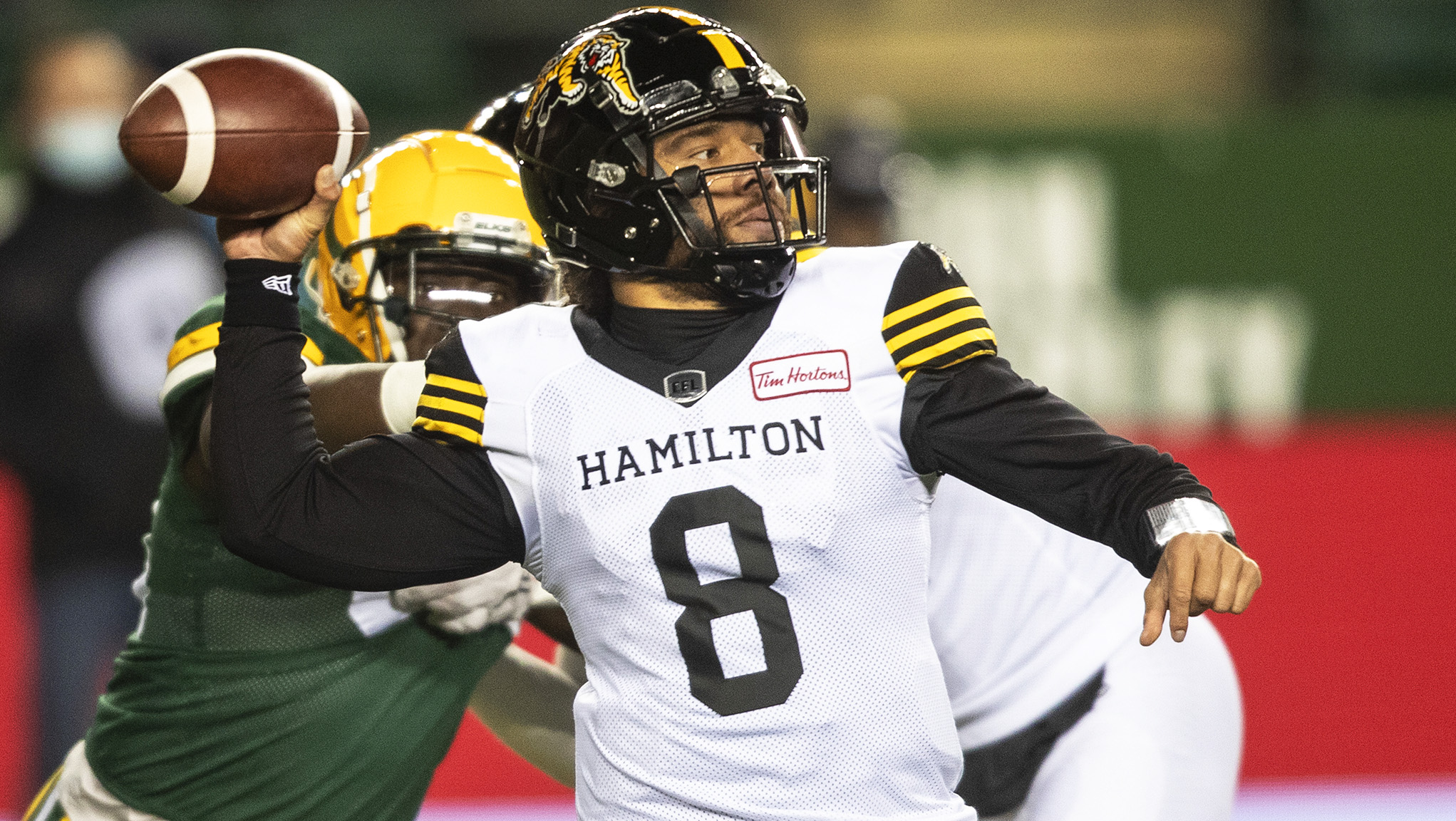 Jeremiah Masoli and co. will be looking to get a win to secure their spot in the playoffs on Friday (The Canadian Press)

This is a matchup between two teams with a lot on the line. If the Tiger-Cats win, they’re still in the race for first in the East and they clinch a playoff game.

The BC Lions are almost at their last chance. If they lose this game they’re not completely out of the playoffs but they need to play with that desperation in order to keep themselves within reach of the Calgary Stampeders or potentially get a crossover.

BC needs to win three straight games to keep their playoff hopes alive.

They showed some fight last week and if Jimmy Camacho makes one field goal, they win.

Jeremiah Masoli is coming off a top performer week after the Tiger-Cats dominated in Edmonton.

Before you start saying ‘Hamilton has home field,’ the CFL’s road teams have been showing success.

Lucky Whitehead is clearly not 100% but he’ll get healthier by the week and become more of a part of the offence again.

The difference? The Tiger-Cats’ defence vs BC’s defence. 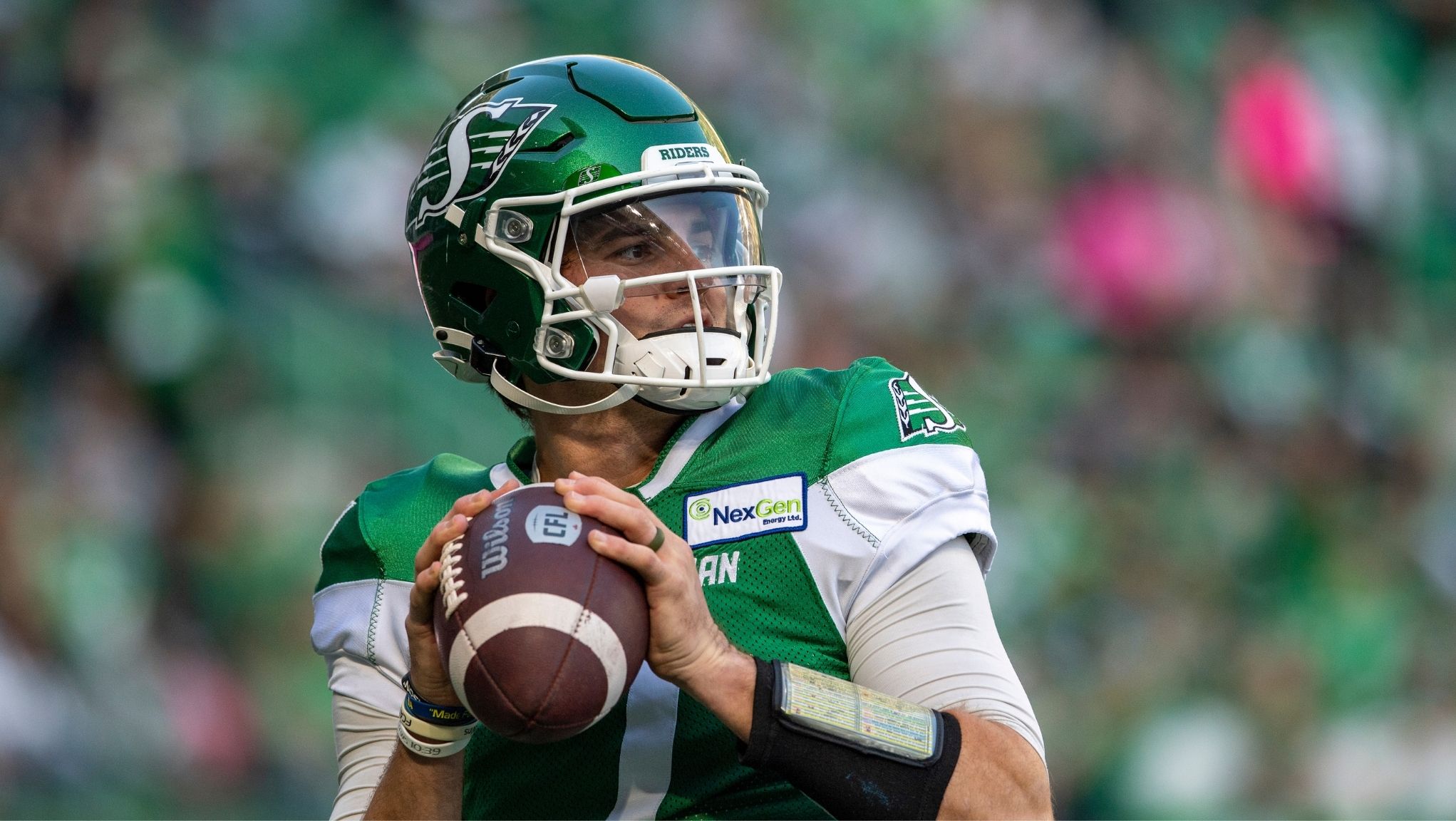 Can Cody Fajardo and the Saskatchewan Roughriders get a win this week against the Edmonton Elks? (Riderville.com)

The Roughriders and Elks meet for the first time this season and will do so on back-to-back weeks.

Edmonton is at the stage where they need to play for jobs. The players themselves need to go out and put down a performance that will make Edmonton, or any potential suitor this off-season, know that they can help win games.

The Roughriders need to find a spark on offence if they’re going to make a run in the post-season and they’ve gone three straight games without hitting a deep pass. Duke Williams makes his return to Edmonton since signing on with the Roughriders, as does offensive coordinator Jason Maas.

The Riders defence, on the other hand, has become one of the best in the league. They get to the quarterback and turn over the football. Expect more of the same on Friday night. 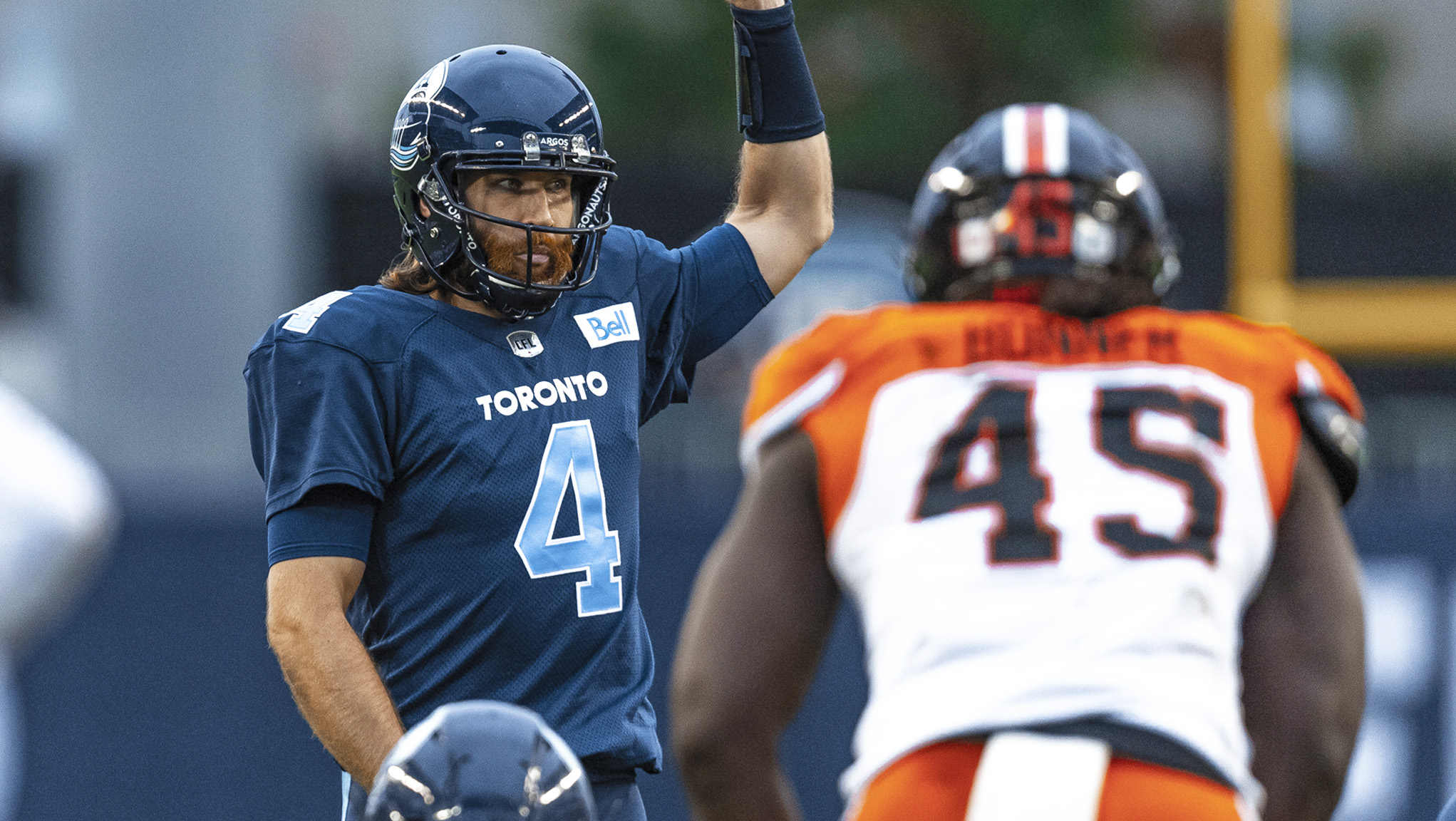 McLeod Bethel-Thompson will be looking to lead his Argonauts to a victory on Saturday in Ottawa (Argonauts.ca)

See above on the differences between these teams.

Toronto has so much to play for as they’re in the driver’s seat in the East Division to host the Eastern Final.

Ottawa was hanging in against the Calgary Stampeders, so I won’t be too quick to count them out but at this point in the season, the REDBLACKS haven’t proven they can put 60 minutes together to come out with a win.

Plus, McLeod Bethel-Thompson and the Argonauts are having a great second half of the season with a 5-2 record in their last seven games. 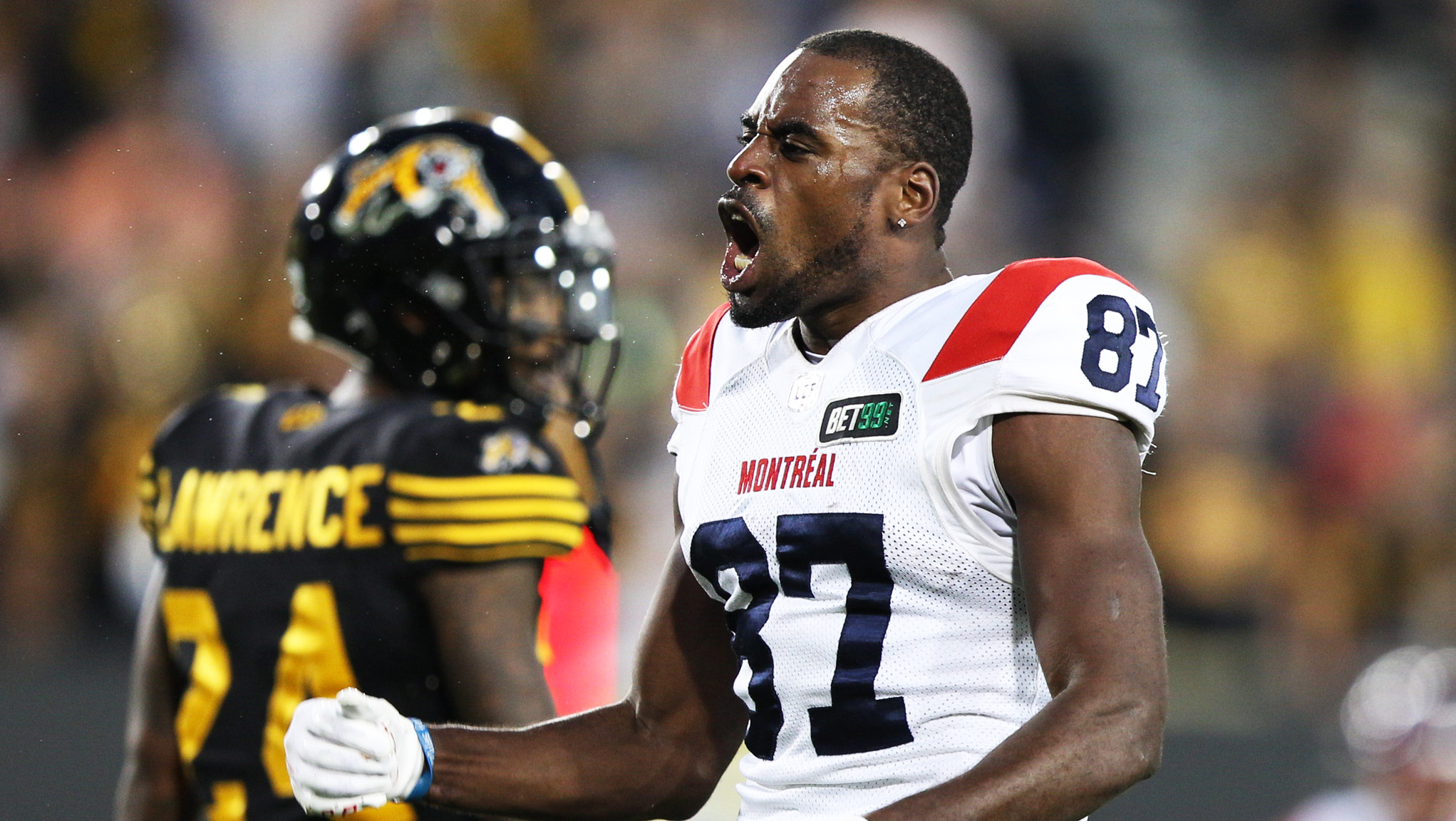 Will the Montreal Alouettes hand the Bombers their second loss of the season on Saturday? (Geoff Robins/CFL.ca)

There is a belief that there is a difference between hurt and injured in football. You can play hurt, you can’t play injured. This game begins three weeks where the Bombers have the chance sit anyone hurt so they’re closer to healthy when they host the Western Final.

I doubt, however, Mike O’Shea is going to take much off the pedal toward the playoffs. Those who can play will play for now. Maybe not the last week of the season but this one would be way too early to sit some of the key contributors.

For Montreal, like Hamilton and Toronto, they need to keep pace if they want to take over top spot in the East. I’m interested in how this game goes for the Alouettes as it’s the first of back-to-back games against Winnipeg.

I believe the Alouettes have the perfect game to match the Bombers. A strong run game can slow down the tenacious pass rush of the Bombers and with William Stanback and the Alouettes consistently getting over 100 yards per game, I think they can control the clock as well.

Trevor Harris will start for Montreal and he looked like he had pretty good command with the offence in his first action last week in a loss to Saskatchewan. He did lead them to a late touchdown to give them a chance to beat the Riders.

Harris even ran for 31 yards, showing a little more willingness to use some of his athleticism that we haven’t seen often in his career. In fact, he’s had only three games in the rest of his career where he’s topped 30 yards rushing.

I’m willing to regret this pick but my gut thinks there will be one upset this week. If it’s not this game it’ll be BC in Hamilton. (Can I get a half point if that comes true?)