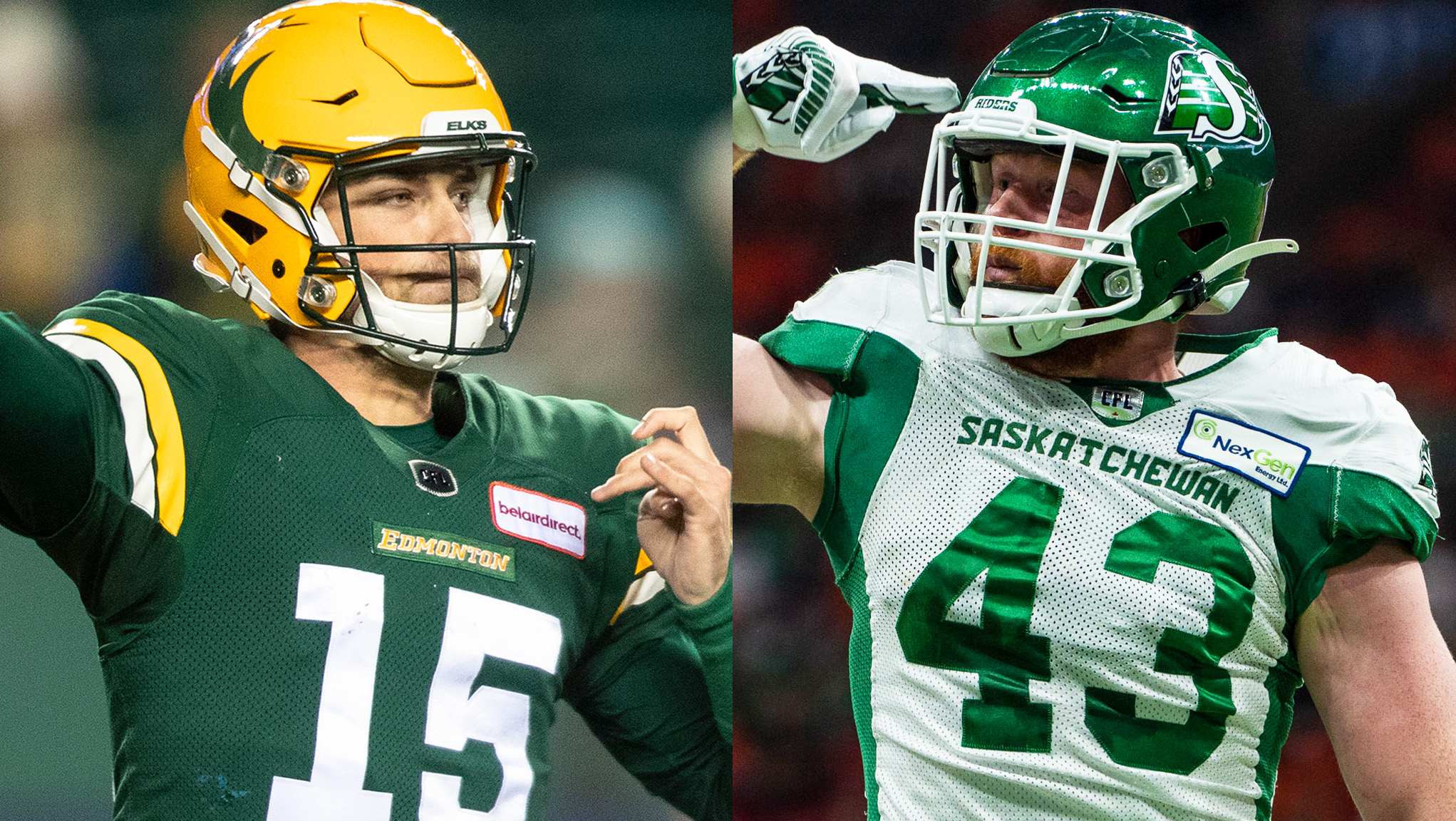 EDMONTON — The Saskatchewan Roughriders will be on the road this week as they travel to Commonwealth Stadium to take on the Edmonton Elks to close out Friday night in the CFL.

The Riders evaded a fourth quarter surge from the Montreal Alouettes to hold onto a 19-14 win in Week 13. It was by no means a glamorous win, but it was an important win nonetheless as it helped the Green and White secure a spot in the playoffs.

In the win over Montreal, Saskatchewan signal caller Cody Fajardo had his worst statistical game of the season, though still put together an efficient game. Fajardo completed 14 of his 25 passing attempts and threw just 158 yards, while also adding 46 yards on the ground.

Offensively, it was running back William Powell who helped the Green and White edge a victory over Montreal. Powell saw action on 15 plays and totalled 70 all-purpose yards in addition to notching the lone score for the Riders.

The Riders offensive play calling has been able to use a variety of creative scheming that has allowed the team to highlight the versatility of Powell and involve him in multiple roles in the offence.

On the season, the veteran running back has carried the ball 140 times and has accumulated 628 rush yards and three rushing touchdowns. Out of the backfield, Powell has also been the primary target on 34 passing plays, compiling 258 yards through the air.

Powell is approaching his fourth consecutive season where he has accumulated 1,000 or more all-purpose yards. He currently stands at 886 yards through 11 games and needs just 114 more to complete the feat.

In addition to the play of Powell this season, the Riders have also found an offensive boost in a pair of National wide receivers.

Rookie receiver Kian Schaffer-Baker and second-year wideout Brayden Lenius have been instrumental in the Riders passing attack, especially with the injury to Shaq Evans early in the season.

The pair of young Canadians have combined for 64 receptions on 91 targets and have hauled in 859 receiving yards and four touchdowns. The route running, athleticism and size of both Lenius and Schaffer-Baker have allowed for a seamless transition into the CFL, and both have quickly earned the trust of Fajardo.

However, there is one more receiver in Saskatchewan that seems to be turning heads and making an impact early, D’haquille Williams.

Williams emerged for the Riders in Week 12 and has played in just two games thus far, but his impact is already noticeable on the field. Through his first two starts in the Green and White, Williams has seen the ball thrown his way 10 times and has caught six of those targets turning 77 yards. In Week 13 Williams was targeted on seven passes, tying him with Evans for the most on the week.

Williams is listed as a game-time decision this week but if he does indeed make it into the lineup, he’ll be making his return to Edmonton, only this time he will be wearing the opposing colours. The third-year wideout spent two seasons with the Elks and totalled 2,294 receiving yards and 15 touchdowns.

Entering Week 14 the Elks hold a record of 2-8 and have not had the season many expected them to. Though, despite their record, there is still a chance for the Green and Gold to sneak into the playoffs, but they’ll need some help.

Edmonton must win this week to maintain their chances. Even if the Elks win the remainder of their games, they will still need to be part of a multi-team tie scenario to qualify for the post-season. It’s a difficult road but it’s not impossible.

Fans believing that the newly acquired Nick Arbuckle will provide the answer for the Elks to sneak into the playoffs will have to wait. The team announced that Taylor Cornelius will be getting the start under centre against the Riders this week.

For the Elks the recipe for a win is going to involve pushing the ball downfield through the air against a Riders defensive unit that has given up the most deep balls in the league and allows the second highest completion percentage to opposing quarterbacks.

Despite the gaps in the Green and White coverage unit, Cornelius will need to be precise and confident in his passing and target selection, should the Elks hope to emerge with a win. Saskatchewan has forced a league-high 14 interceptions this season and have been a nightmare for offensive coordinators.

The Elks 2021 playoff hopes are still alive, but it all comes down to getting a win on Friday night.

Kickoff is slated for 9:45 p.m. ET and can be watched on TSN and ESPN+ or followed along on CFL.ca’s Game Tracker.