A statement from the CFL on the passing of Angelo Mosca 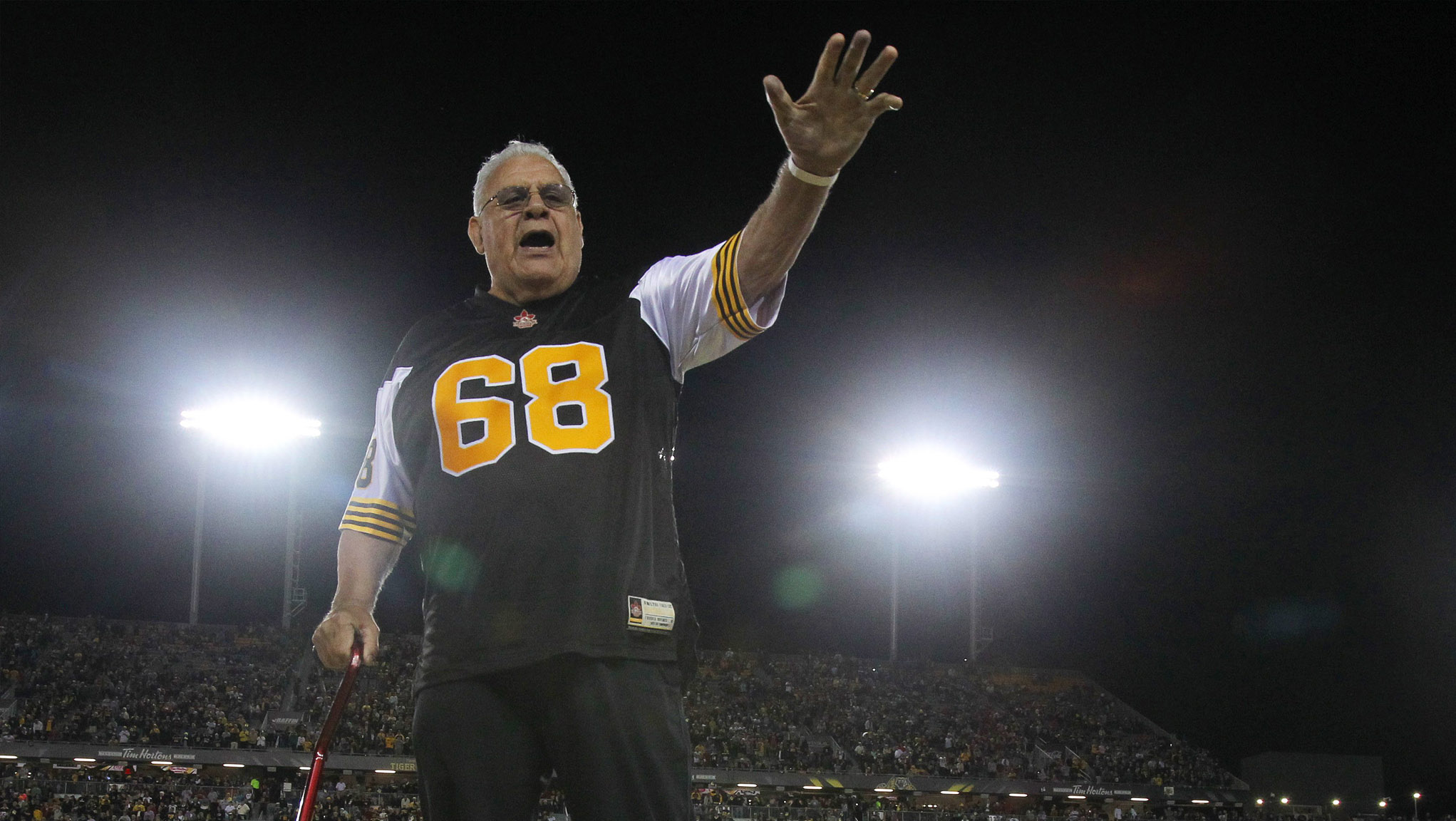 A statement from the CFL on the passing of Angelo Mosca

Angelo Mosca was a superstar. Tough as nails, he overcame a hardscrabble childhood and became a household name. A phenomenal football player, he played in nine Grey Cup games and won five, one with the Ottawa Rough Riders and four with the Hamilton Tiger-Cats.

Savvy, smart and ahead of his time, he built his bad guy personae into a  personal brand that was bigger than life. Unloved in some markets, where he was the villain, his stature was unmatched in Hamilton, where he was a hero, and when he traded his shoulder pads for wrestling tights, he enthralled Mosca fans in countries near and far.

Big Ang was that rare athlete whose charisma carried his legend beyond the field, beyond his own generation, even beyond our borders.

The entire Canadian Football League extends its sympathy, and gratitude, to his wife Helen, and children Angelo Jr., Jolene and Gino, as well as his friends and teammates. His passing comes as we prepare to cap our comeback season with the 108th Grey Cup, to be played on the same hallowed Hamilton ground where Ang last hoisted the Grey Cup in 1972.

On Grey Cup Sunday, and for years to come, we’ll lift up the story of Angelo Mosca as a shining example of what can happen when an incredible person and our amazing game come together.

The Hamilton Tiger-Cats added the following on Saturday:

The Hamilton Tiger-Cats Football Club is mourning the loss of franchise icon and Canadian Football Hall of Famer, Angelo Mosca, who passed away early Saturday morning at the age of 84.

Mosca, a University of Notre Dame product who played both offensive and defensive tackle, middle guard and end throughout his career, was enshrined in the Canadian Football Hall of Fame in 1987 and the Hamilton Sports Hall of Fame in 2012. Following his retirement from the Ticats in 1972, the Waltham, Massachusetts native embarked on a successful career in professional wrestling that lasted more than a decade.

In 2015, the Tiger-Cats retired Mosca’s jersey number 68 and he joined Bernie Faloney, who had his uniform number 10 retired by the team in 1999, as the only players in the 152-year history of the organization to have their numbers retired. Both players have flags with their numbers prominently displayed at Tim Hortons Field in Hamilton.

STATEMENT FROM THE HAMILTON TIGER-CATS:

“Angelo Mosca was a legend. He was one of the most legendary players in CFL history and certainly the most legendary to ever wear a Tiger-Cat uniform. His contributions to the game of Canadian football, to our organization, and to the Hamilton community will never be forgotten. We send our sincere condolences to Angelo’s entire family.”