Weekly Predictor: All in on the Roughriders 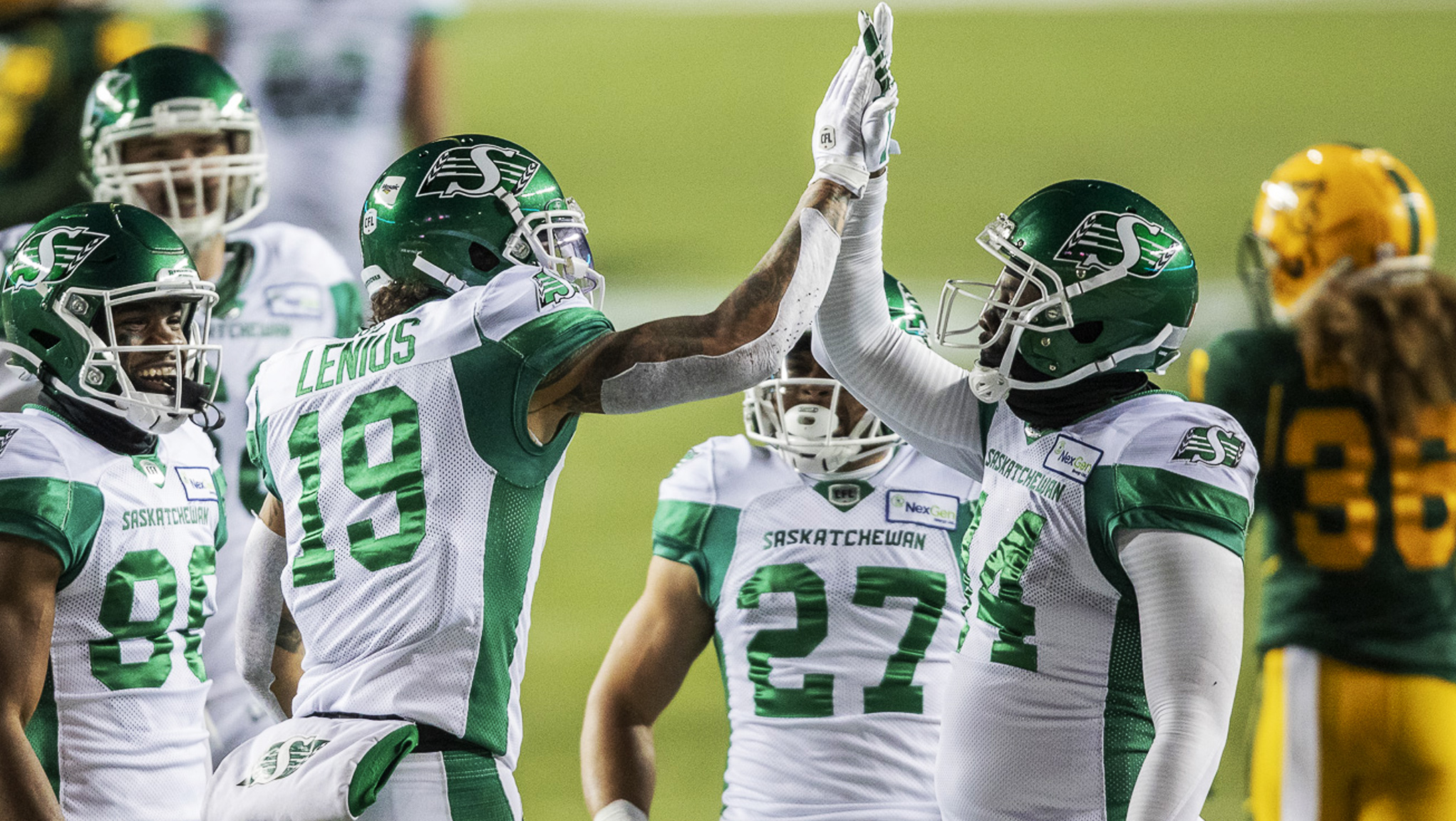 Weekly Predictor: All in on the Roughriders

This time of year we’re usually heading into the Division Semi-Final or Division Final weekend with some epic divisional match-ups.

And, well, not much has changed for this coming weekend. Football fans get two playoff appetizers on the bill on Friday.

Saturday will feature the second half of home-and-home sets that had some drama in the first half of the two games between Winnipeg and Montreal and Saskatchewan and Edmonton.

Playoff spots are on the line and one team’s entire season hangs in the balance this weekend. 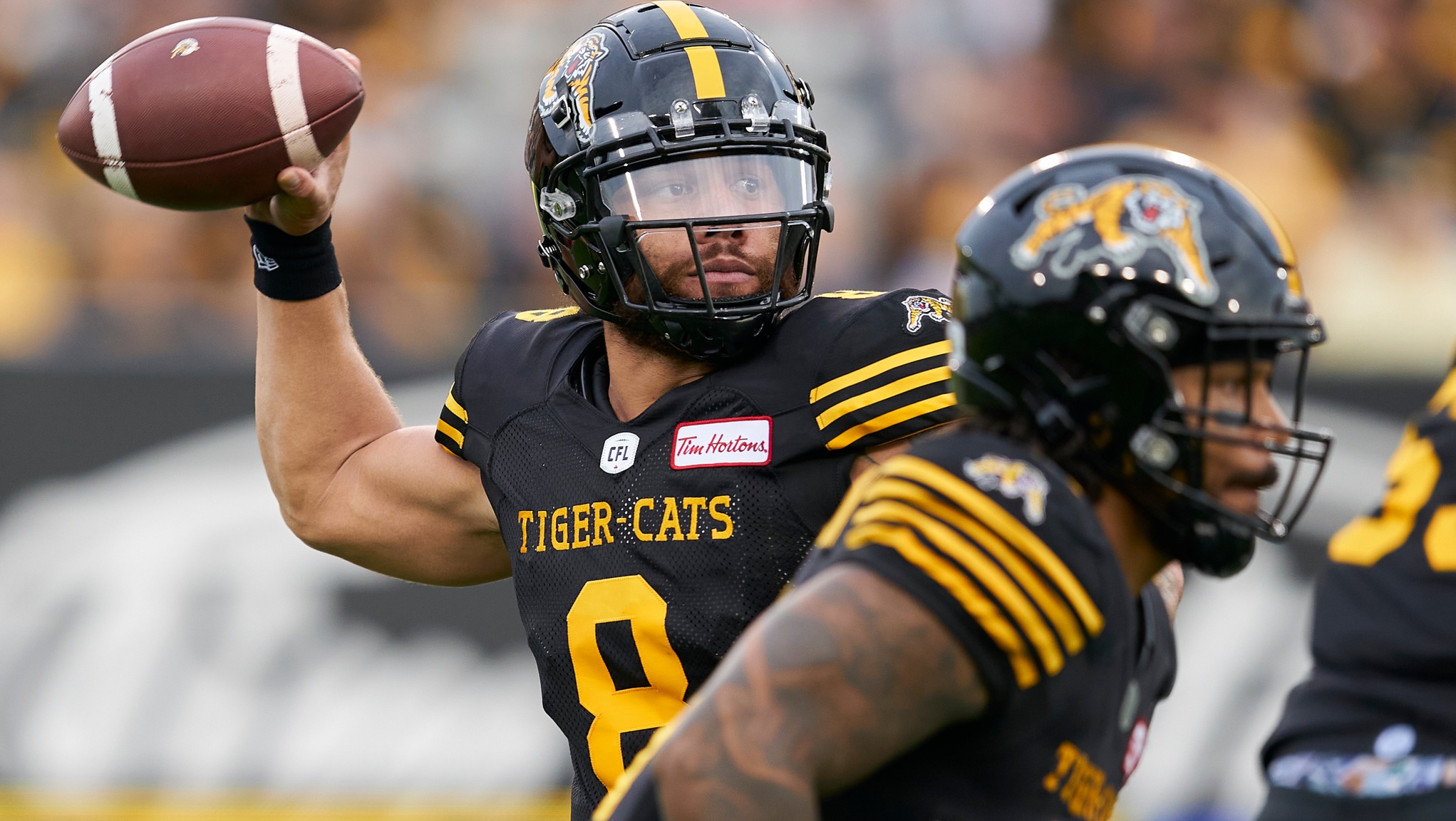 Jeremiah Masoli and co. will be looking to defeat the Toronto Argonauts this weekend at BMO Field (Geoff Robins/CFL.ca)

When two of the first three matchups between these two teams were decided by one point, I think we should feel good about being in for a great football game with first place on the line in the East Division.

Toronto has escaped two extremely close games with BC and Ottawa in the last two weeks, while the Hamilton Tiger-Cats have rattled off three-straight wins to climb back into contention for first following their 24-23 loss to Toronto a month ago.

In that meeting in Week 10, Boris Bede walked it off with a 51-yard field goal that completed the comeback from a 20-8 deficit early in the fourth quarter.

Toronto has shown some inconsistencies offensively with McLeod Bethel-Thompson throwing eight of his season total of 10 interception in the last three weeks. On the other side, since returning from injury Jeremiah Masoli has thrown eight touchdowns and zero interceptions.

I’m seeing Hamilton finding their stride at the right time. 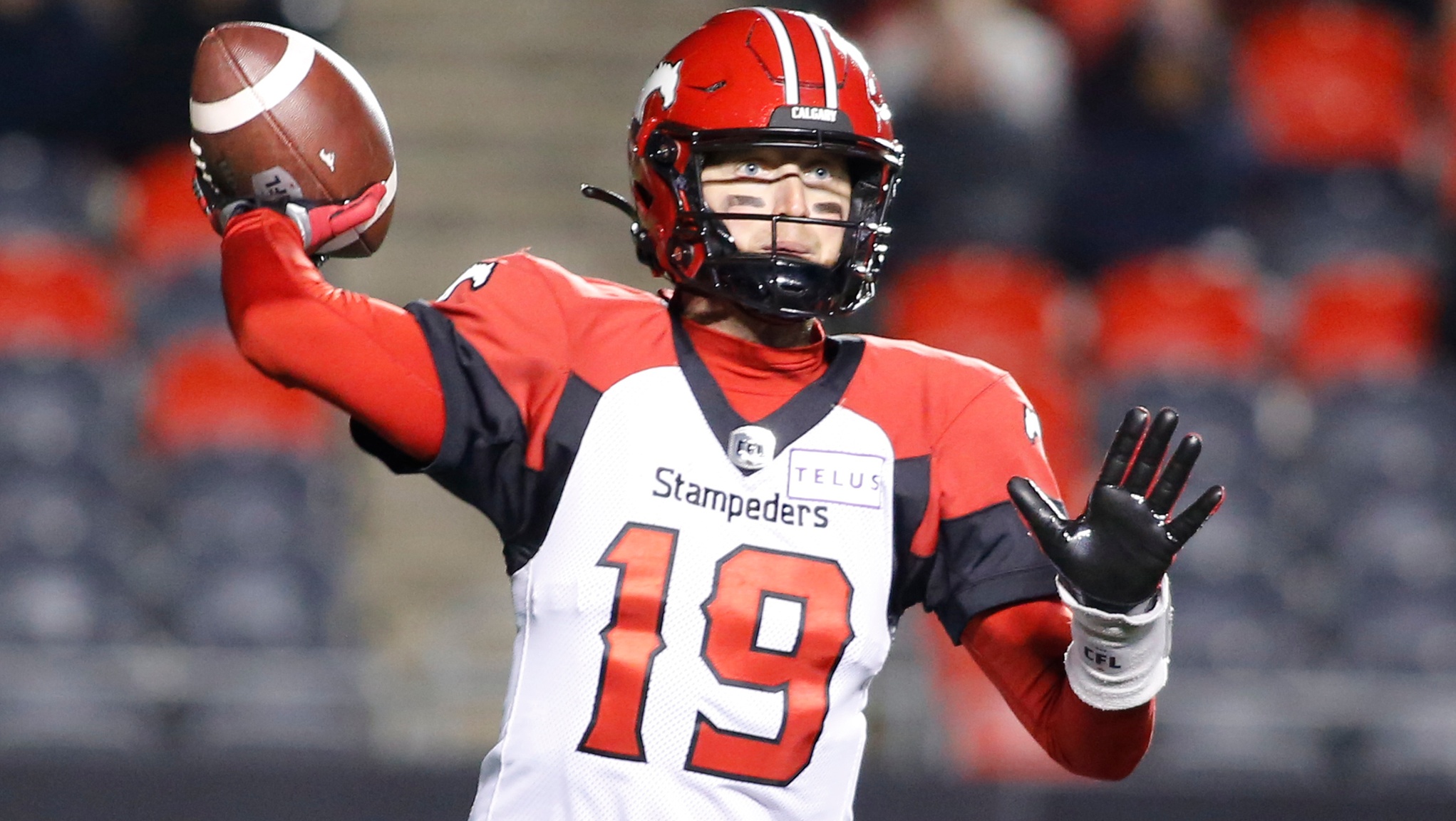 This is it for the BC Lions. Win or it’s lights out on their 2021 season. The desperation will be there for the Lions, while the Stampeders are coming off a bye week, which hasn’t been good news for Stampeders opponents over the last few seasons.

The last time the Stampeders came off a bye week, they rattled off three straight win to get back into the playoff picture in the CFL’s West Division. In that stretch, they beat up on the Lions at BC Place 39-10.

The one thing that sticks out for the Stampeders has been their defence. When they started the season 1-4, they allowed 333 yards or more in every game. Since then, they’ve only one game above that 333 yard mark and of course they’re 5-2 in that seven game stretch.

I’m thinking Bo Levi Mitchell and company will do what they almost always do after a bye week, which is come in refreshed, prepared and motivated to continue their strong charge to the playoffs. 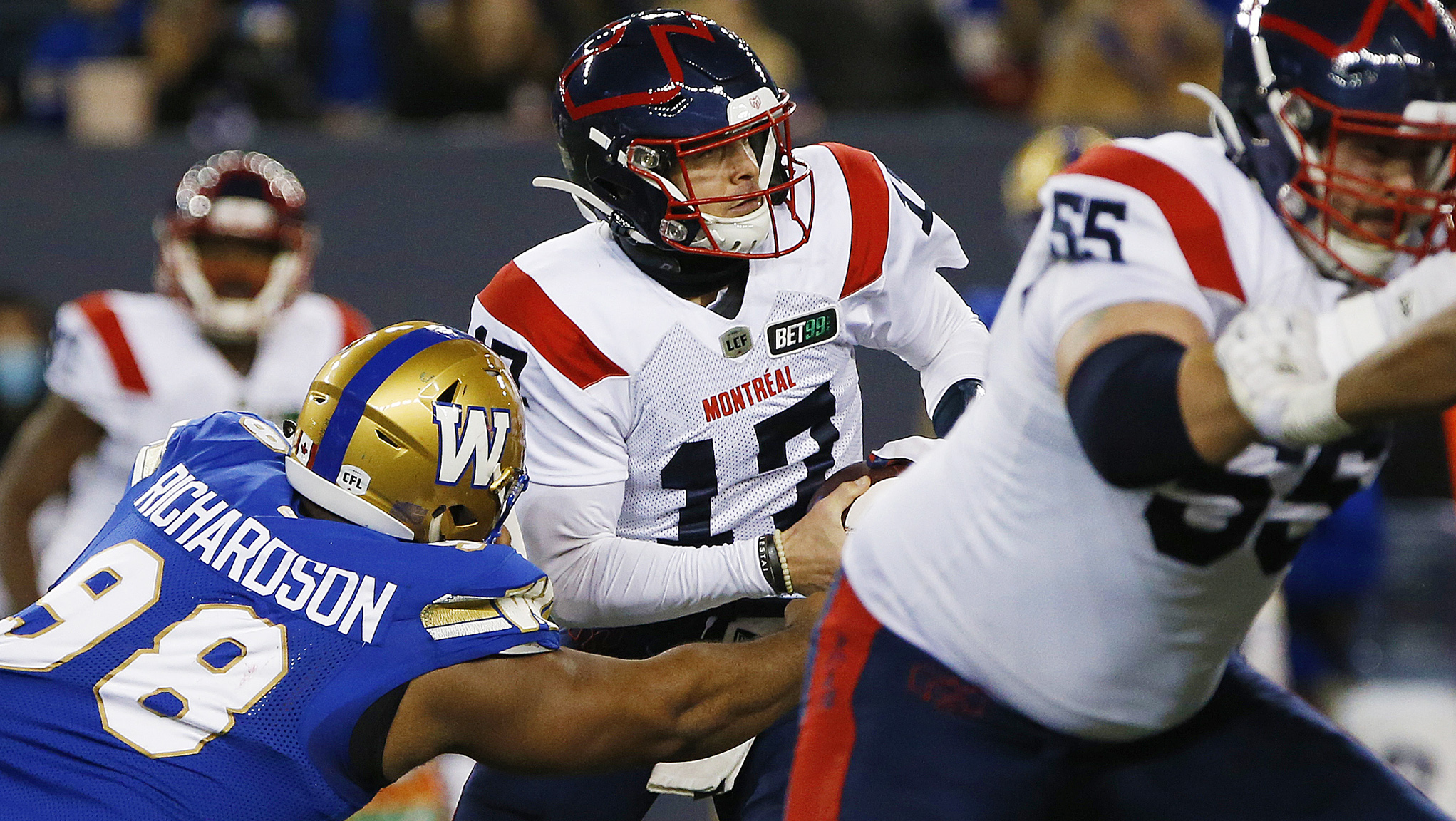 Who will win the rematch between the Bombers and Alouettes on Saturday? (The Canadian Press)

Okay, last week I picked the Montreal Alouettes and for three quarters I was feeling REALLY GOOD about that pick. Then the fourth quarter Bombers happened.

Their season in the fourth quarter is absolutely astonishing. They’ve outscored opponents by 110 points in the final frame. 116-6.

So, here I am again pondering what the Bombers can do this week as I believe they have to lose at least one more before the playoffs. How can they maintain this pace with nothing to play for other than an amazing 13-1 record?

I’m going to believe that history will repeat itself again for the Bombers.

This will be the third time this season the Bombers end an home-and-home series on the road. The first time was their only loss to the Toronto Argonauts. It was 30-15 going into the fourth quarter and yes, they outscored Toronto 8-0 but the Argos were able to close out the game.

The next one was a trip to Edmonton against the struggling Elks and Edmonton had people thinking they were about to shock the world. It was 16-16 going into the fourth quarter. And then Winnipeg shut out the Elks the rest of the way for a 10-point win. 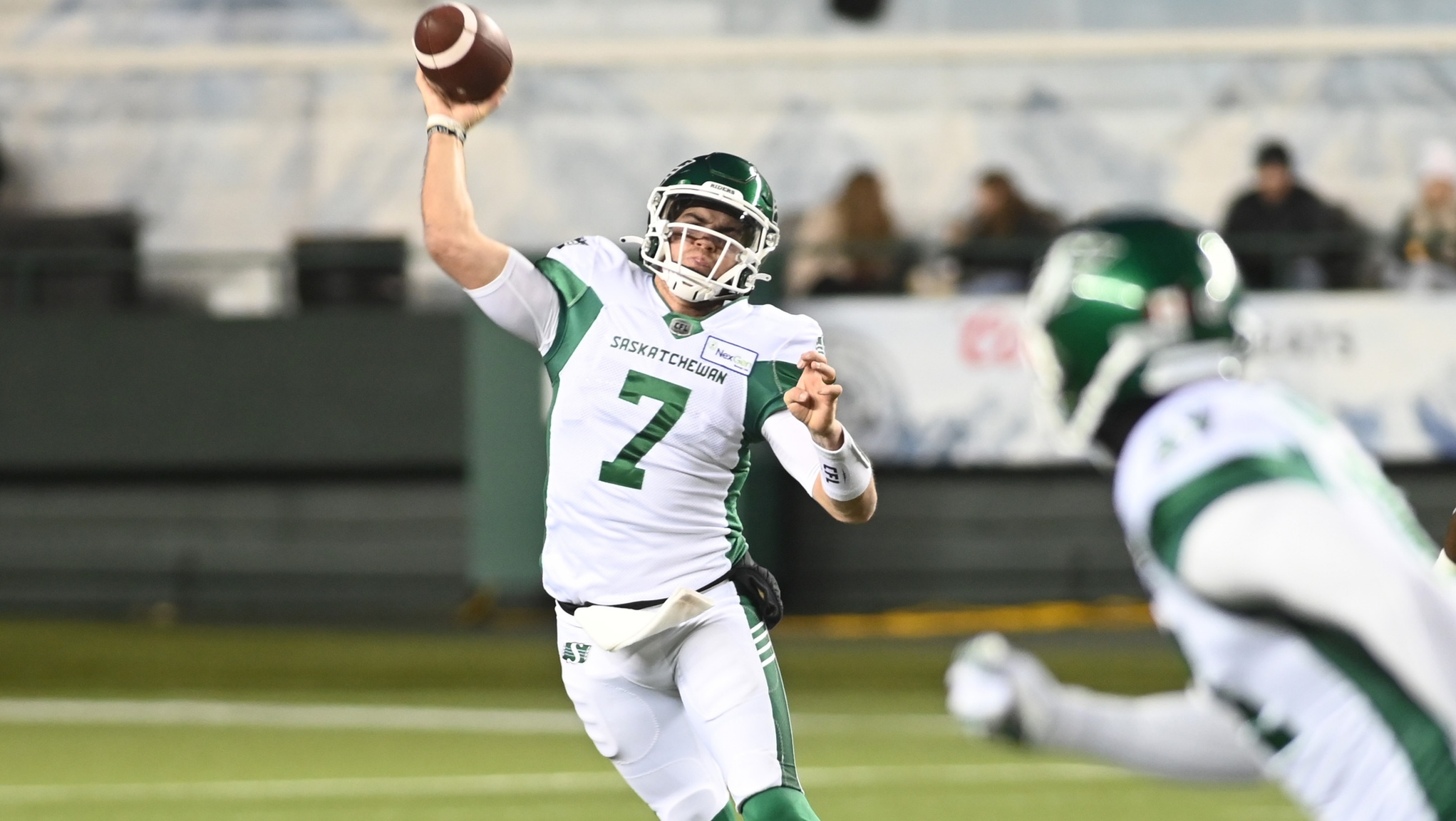 Cody Fajardo and the Riders will hope to make it two-straight wins against the Elks this weekend (Walter Tychnowicz/CFL.ca)

19-3. That was the score for the Riders last week and it felt like they were going to cruise to a victory in Edmonton. Then Taylor Cornelius started to look like another No. 15 in a green and gold jersey, leading the Elks down the field on two touchdown drives and Saskatchewan fans were starting to become way too nervous.

I don’t think you’re going to see the Riders allow Edmonton off the mat this time around.

Cody Fajardo and his offensive crew have preached all week that they’re seeing improvement and feel a break out game is right in front of them. Duke Williams showed that his ability to go up and get the ball will only help Fajardo be able to throw the ball down field with confidence to No. 14.

Shout out to Walter Fletcher of the Elks, who was a player that showed you can never sleep on a team with players getting rare opportunities to try and shine.

So while we can’t sleep on the Elks, I believe the Riders finish off their regular season home schedule with a win to clinch home field in the Western Semi-Final.