From the Editor’s Desk: So much happening in Week 15 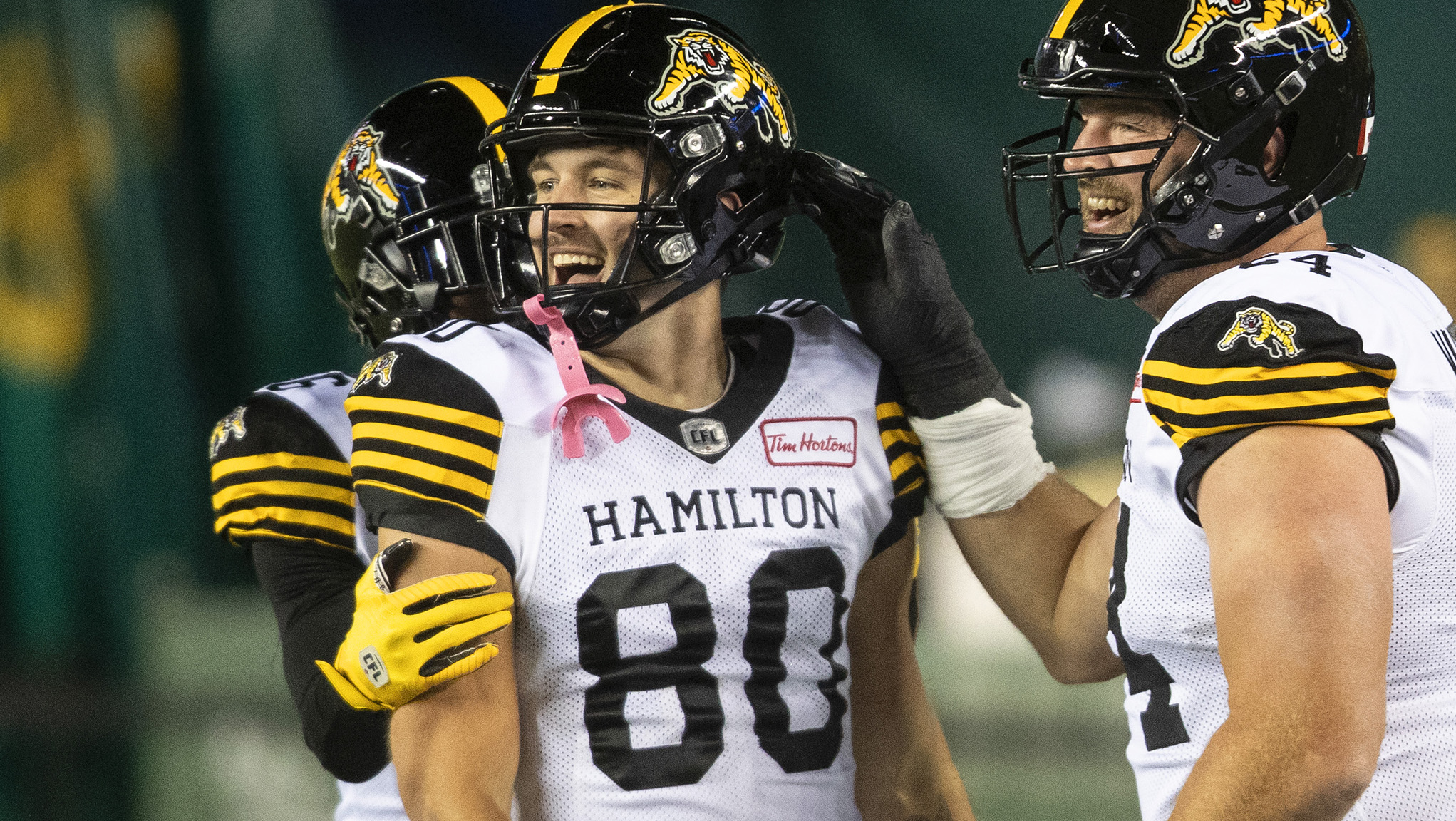 From the Editor’s Desk: So much happening in Week 15

If you can believe it (I can’t), there are only two weeks left in the regular season. It seems like just yesterday we were celebrating the return of CFL football back in August.

Now we’re facing two weeks of exciting football as we head down the Road to the Grey Cup.

The Lions are facing a must-win situation to keep their playoff hopes alive. Toronto can clinch the top of the East and host the Eastern Final with a win. If Saskatchewan wins (or Calgary loses), they’ll host the Western Semi-Final.

So. Many. Things. Can. Happen!

Settle in, CFL fans, as we get set for a wild weekend of football. It’s going to be fun.

My CFL Fantasy roster last week was quite average as I finished with 87.6 points. My best player was DaVaris Daniels who recorded 84 yards on nine catches and also hauled in a two-point convert for 19.4 fantasy points. A pair of Ticats, QB Jeremiah Masoli and RB Don Jackson, rounded out my top three with 16.1 and 17.6 points, respectively.

Here’s the rest of my roster: 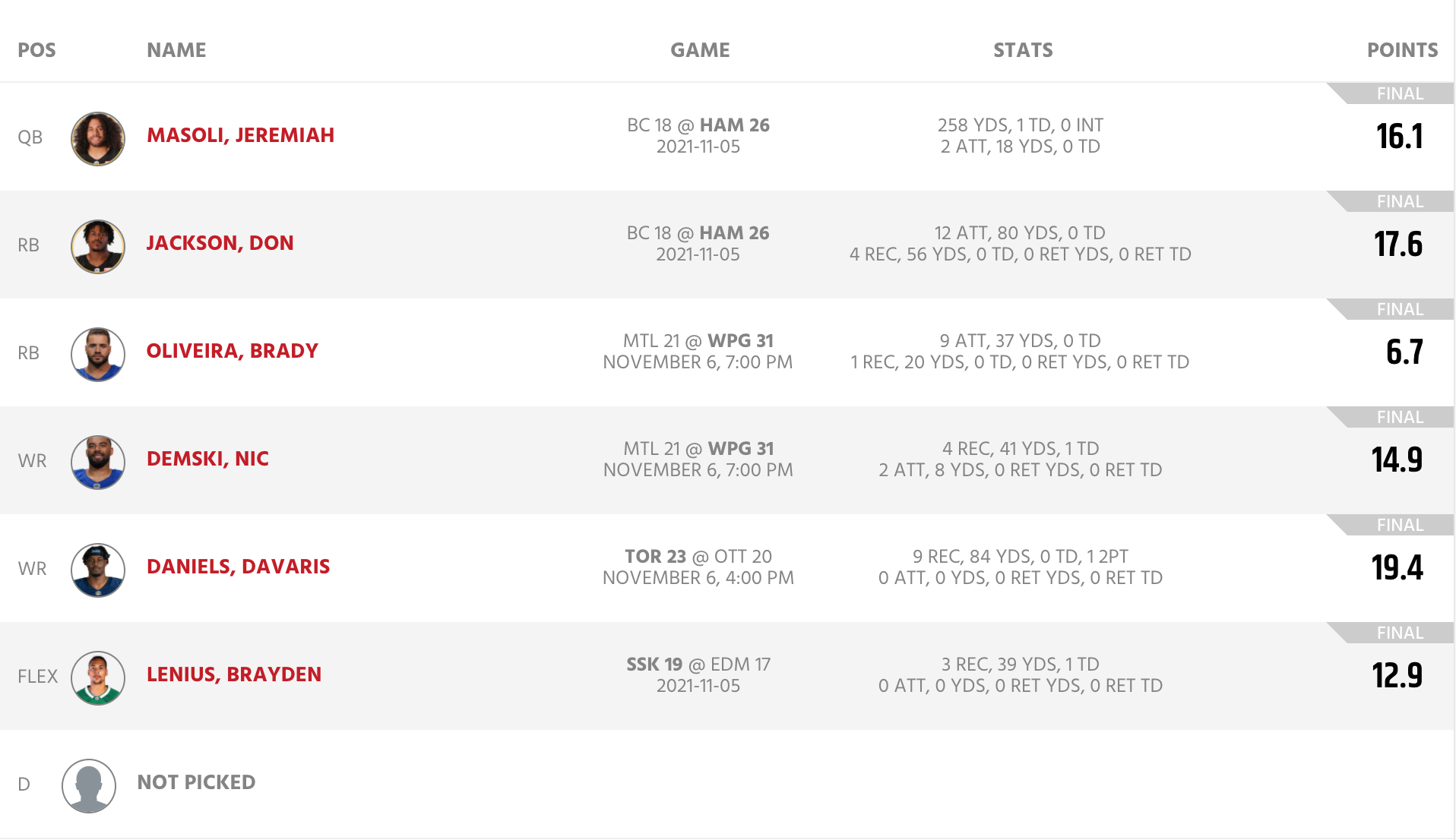 This week I’m going with Sean McGuire at QB – a bit of a risk on my part but at 5k and the promise of short yardage TDs like we’ve seen all season, it’s a risk I’m willing to take.

I’m also taking both running backs, William Stanback and Brady Oliveira, in that matchup. It looks like it’s going to be cold and rainy on Saturday in Montreal so I can only assume teams will be running the rock a bit more. At receiver I’m going with Lucky Whitehead – he’s due for a touchdown (or two, please) – Jaelon Acklin and Kian Schaffer-Baker fills in my flex spot. 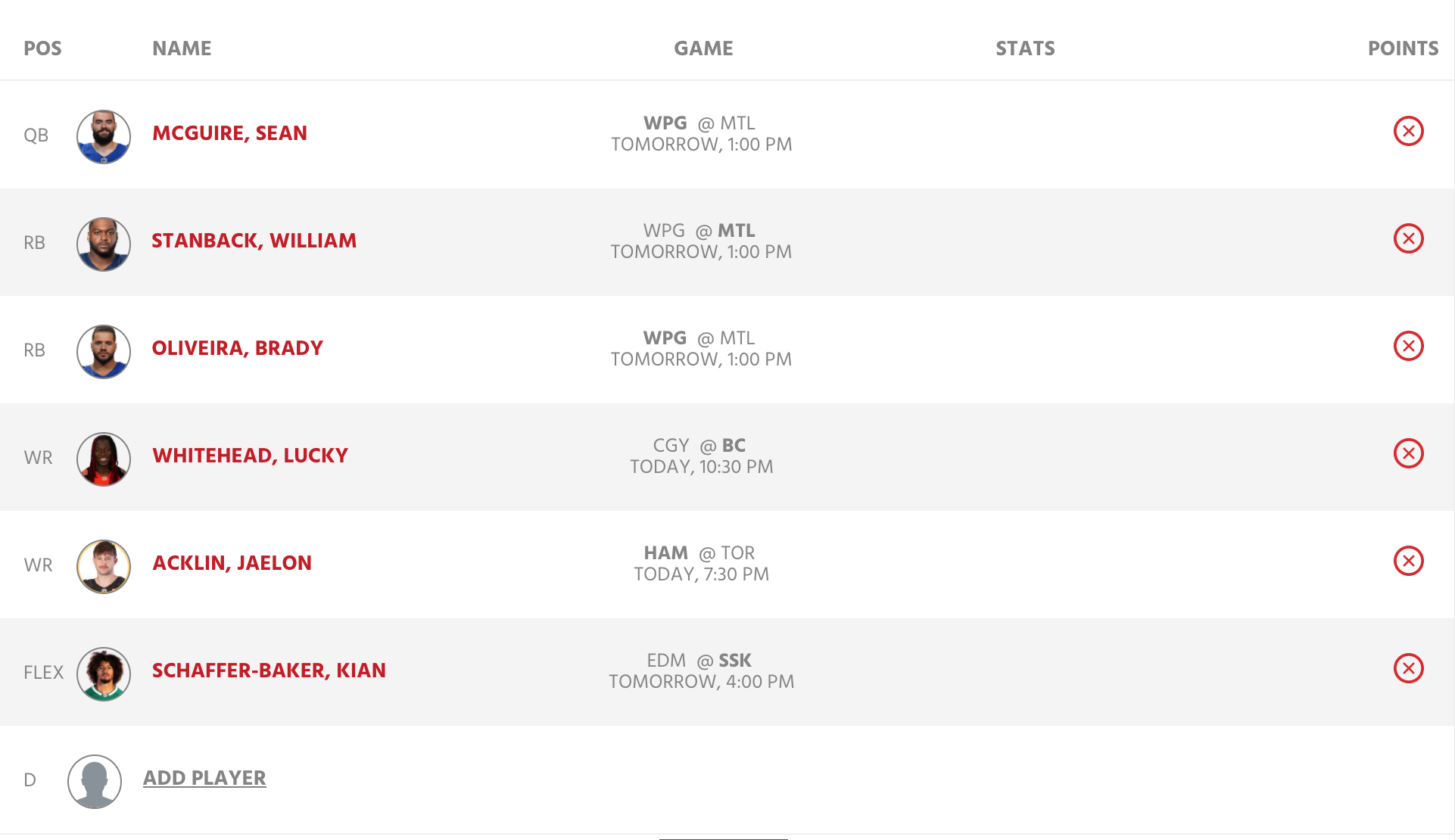 Toronto’s perfect at home so far in 2021 but I think that ends this week with Hamilton in town. Jeremiah Masoli has been excellent under centre for the Ticats as of late and their defence has been stellar all year.

If history is any indication, it should be the Calgary Stampeders walking away with this victory as the team finds success after a bye week. But with their backs against the wall in a do-or-die situation, I think BC will keep their playoffs hopes alive with a win at BC Place.

Even though Winnipeg is resting a few stars including QB Zach Collaros, I still think the Bombers continue their winning streak this weekend. Like I’ve said before, I won’t pick against Winnipeg.

A win and the Roughriders will host the Western Semi-Final. With that in the back of their minds, and Mosaic Stadium rocking as usual, I think the home team gets the W.