Hittin’ the Road: Canada Drives to deliver the Grey Cup to Hamilton

Hittin’ the Road: Canada Drives to deliver the Grey Cup to Hamilton

“We’re thrilled to have Canada Drives join us in bringing the Grey Cup to fans and events throughout Hamilton,” said Tyler Mazereeuw, Chief Revenue and Marketing Officer of the CFL. “We’re a proudly Canadian league, so the opportunity to come together with a homegrown Canadian company that serves our fans is incredible.”

Canada Drives will have distinguished media assets throughout the playoffs and Grey Cup, including the postseason jersey patch, as well as being the presenting sponsor of the ceremonial trophy delivery of the Grey Cup to Hamilton as celebrations surrounding Canada’s largest single-game sporting event begin. The culmination of a week’s worth of excitement and energy will come on Sunday when Canada Drives takes centre stage in delivering the CFL’s ultimate prize to Tim Hortons Field where the 108th Grey Cup champion will be crowned. 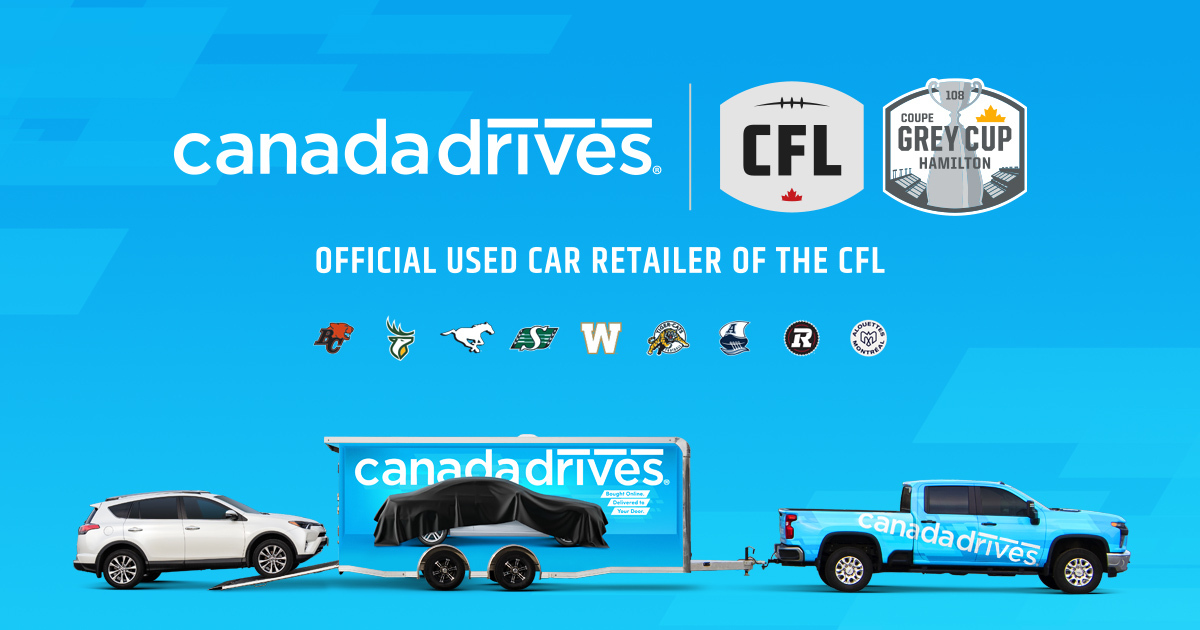 “The CFL is deeply-rooted in the hearts of Canadians across the country,” said Cody Green, Founder and Co-CEO of Canada Drives. “The Grey Cup means so much to so many Canadians, and we couldn’t be more excited to play such an important part in adding another chapter to Grey Cup history.”

“Much like our commitment to providing the best in convenience and care for our customers, we’re equally as dedicated to delivering to them the fun and action that only the CFL can bring,” added Green.

Tickets for the 108th playing of the Grey Cup on Sunday, December 12 at Tim Hortons Field in Hamilton at ticketmaster.ca/greycup.