Steinberg’s MMQB: The race for the final home playoff game 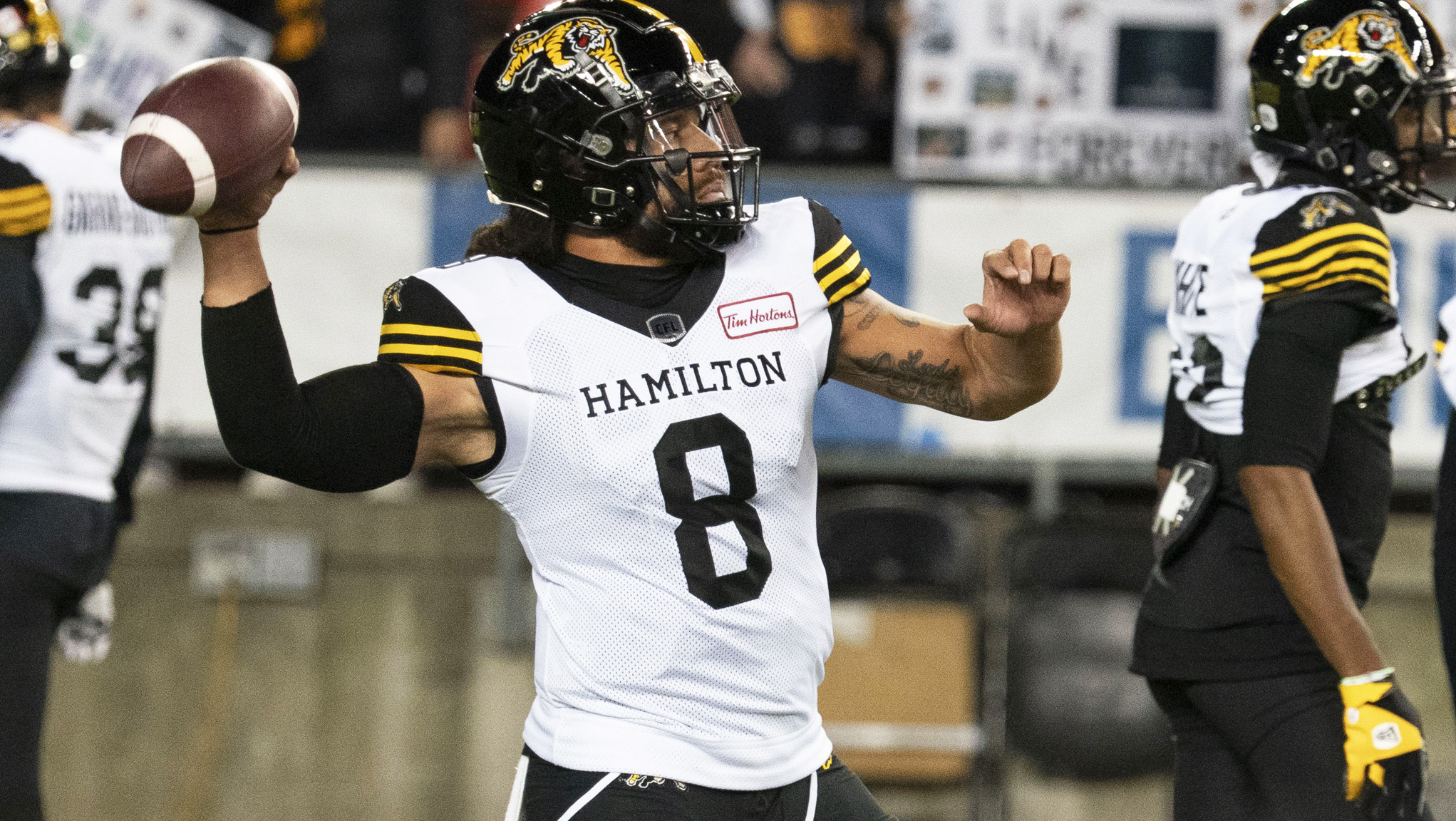 Steinberg’s MMQB: The race for the final home playoff game

A lot was decided in Week 15, the penultimate week of the 2021 season. The Saskatchewan Roughriders clinched home field in the Western Semi-Final. The Calgary Stampeders clinched a playoff spot. And the Toronto Argonauts wrapped up top spot in the East Division for the first time since 2017. But there’s still one thing left to decide.

With Hamilton’s loss to the Argos and Montreal’s win over Winnipeg, we have a tie for second in the East. As such, we know the Tiger-Cats and Alouettes are playing November 28th in the Eastern Semi-Final…we just don’t know where. That’ll come down to a pair of Week 16 results.

Montreal has a few more hurdles to clear to host a playoff game at Percival Molson Stadium. That’s because, despite identical 7-6 records, Hamilton owns the tiebreaker with a better aggregate score in splitting a pair of head-to-head games this season. As such, the Als need to win their final game of the season while also needing a Ticats loss.

Montreal’s road begins Friday at home to Ottawa. It’s a winnable game for the Alouettes but won’t be easy, despite a 2-11 record for the REDBLACKS. Let’s not forget: Ottawa is 0-3 against Montreal this year, so you can bet there will be some motivation to avoid a four-game season sweep.

It doesn’t sound like the Als will be messing around, though. With a home playoff date on the line, head coach Khari Jones isn’t planning on resting key players.

“We want to play here if we have that opportunity,” Jones said after Montreal’s 28-14 win over the Bombers on Saturday afternoon. “We love playing here, we love our home crowd, this is where we want to be. We’re playing to win and we’ll see what happens after that.”

You can understand why Jones is going that direction, and not just because of the chance to finish second. New quarterback Trevor Harris could use another game as he continues to acclimate to new surroundings. Positively, Harris is coming off a solid outing in Week 15; he threw for three touchdowns and had just seven incomplete passes against the Bombers.

Hamilton’s path to a home playoff date at Tim Hortons Field later this month is more straightforward. The Tiger-Cats own a magic number of one: a win this weekend or a loss for the Alouettes will officially clinch second place for Hamilton. It’s good to control your own destiny, but it’s also anything but a foregone conclusion.

Montreal has the easier Week 16 matchup, and they go first before the Tiger-Cats finish at home to Saskatchewan one day later. Now, we’re not sure how the Riders are going to approach this one; they’re on the road and know they’re hosting a playoff game, so we could very well see a scaled back lineup. But if the Als win, the pressure will most definitely be on.

Just as important for Hamilton, however, is getting things back on track after being run over by Toronto on Friday night. After going five straight starts without an interception, Jeremiah Masoli looked noticeably off his game against the Argos. His two fourth quarter interceptions resulted in 14 Toronto points, including a Chris Edwards 78-yard touchdown return.

Home field is important and will be for whoever ends up hosting the Eastern Semi-Final in a couple weeks. But both Hamilton and Montreal have significant incentive to finish the regular season on strong, winning notes. Let’s see how it plays out.

Congratulations are in order to the Stampeders after their impressive 33-23 win over BC on Friday night. You can make it 16 straight seasons with a playoff berth for Calgary, which is the CFL’s longest active streak. To put that into perspective, only three teams have had longer streaks in somewhat recent memory.

Edmonton made the playoffs 34 straight years between 1972 and 2005. Montreal did it 19 consecutive seasons between 1996 and 2014. And, most recently, the Lions ended a 20-year run that spanned 1997 through 2016. That leaves the Stamps with the longest active stretch, having not missed the playoffs since 2004.

Calgary’s playoff berth this year might be one of their most notable, knowing how hard they’ve had to work. Thanks to a 2-5 start, it has been a mostly uphill fight for the Stampeders this season. But once they started picking up momentum, this team has been hard to stop.

Since their first bye after Week 7, Calgary has rattled off five wins in six games and are above .500 for the first time all year. Four of those five wins came against either BC or Saskatchewan, who were the two teams they were directly chasing. Ultimately, the Stamps were unable to catch the Riders, but their two head-to-head wins over BC have proven crucial.

There are plenty of positive signs for Calgary down the stretch, too. Quarterback Bo Levi Mitchell is coming off his first multi-touchdown outing of the season, throwing for three majors in the win over BC. Reggie Begelton is back from the NFL and made a huge and immediate impact against the Lions, catching 11 passes for 119 yards and a touchdown. And Ka’Deem Carey continues to solidify himself as one of the CFL’s most consistent tailbacks.

But the star all season has been, and continues to be, this defensive group. Friday saw the Stamps make it 13 straight allowing 23 or fewer points. Calgary’s defence kept them competitive in the first half of the season. Now that the offence is starting to come along, the Stampeders haven’t missed a beat defensively.

The Western Semi-Final in Regina should be an absolute slugfest.

Kudos to Toronto. They’ve clinched top spot in the East Division and did so with an emphatic win over their number one rival Friday night. In doing so, the Argos took three of four against Hamilton this year, including the last three matchups. That’s called taking care of business.

By going 6-1 in their last seven, Toronto has a chance to get to ten wins for the first time since 2015. Even if they lose their season finale on Tuesday against Edmonton, the Argonauts have returned to relevance after two painful four-win seasons. General manager Pinball Clemons aggressively added to his roster the last two winters and it has worked. Toronto is a good, steady, and consistent team and they’ve earned a home date for the Eastern Final as a result.

Finally, it has been a painful finish to the season in BC. Coming out of Week 7 at 4-2, the Lions were in good shape for a return to the playoffs after a frustrating 2019. But a stretch of seven straight losses has derailed that, including some gut punches against Saskatchewan, Toronto, and ultimately Calgary on Friday to officially extinguish their post-season chances.

As agonizing as this skid has been, though, I still think things are looking up in BC. I firmly believe in Rick Campbell as head coach. Lucky Whitehead has established himself as a CFL superstar, and his month-long absence in October made a significant impact. And Michael Reilly looked far more like himself than he did in 2019.

Let’s see if the Lions can expand on some of these building blocks in 2022.