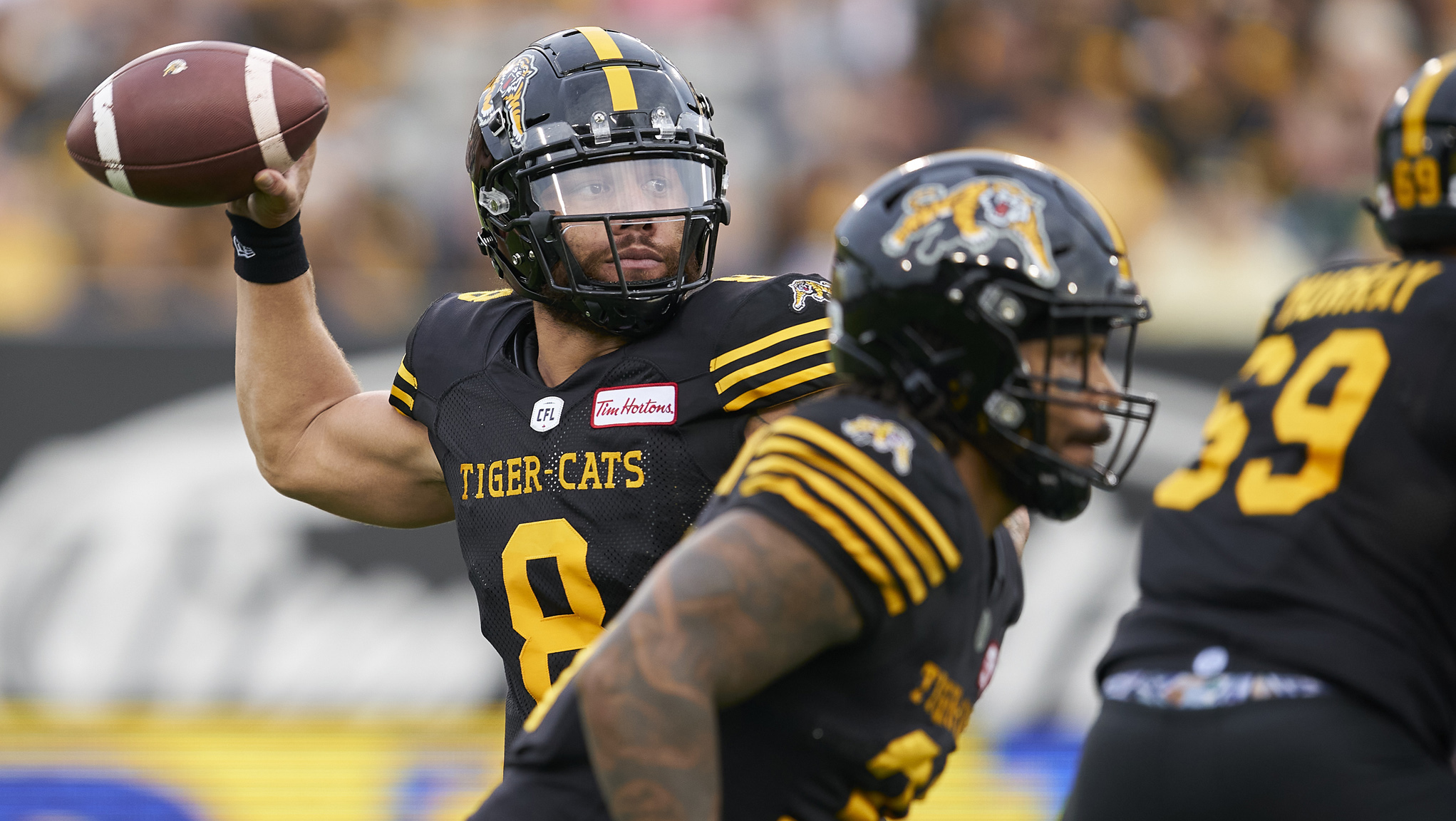 The word meaningless gets thrown around at this time of the year.

I’ve said numerous times on my radio show when describing Tuesday night’s game between the Argos and Elks and later this week, the Elks and the Lions, or the final match-up of the season with Calgary and Winnipeg.

Now, we use it to describe the impact on the standings. I always forget that there is meaning to every snap every player takes and at the end of the year, there will be players put on the roster who haven’t played a down all season.

That would be very meaningful for anybody trying to catch on to a more stable job in professional football.

This scenario also plays into how I go about selecting winners. First, does the team have something to play for? Second, how many new and enthusiastic players are on the roster? 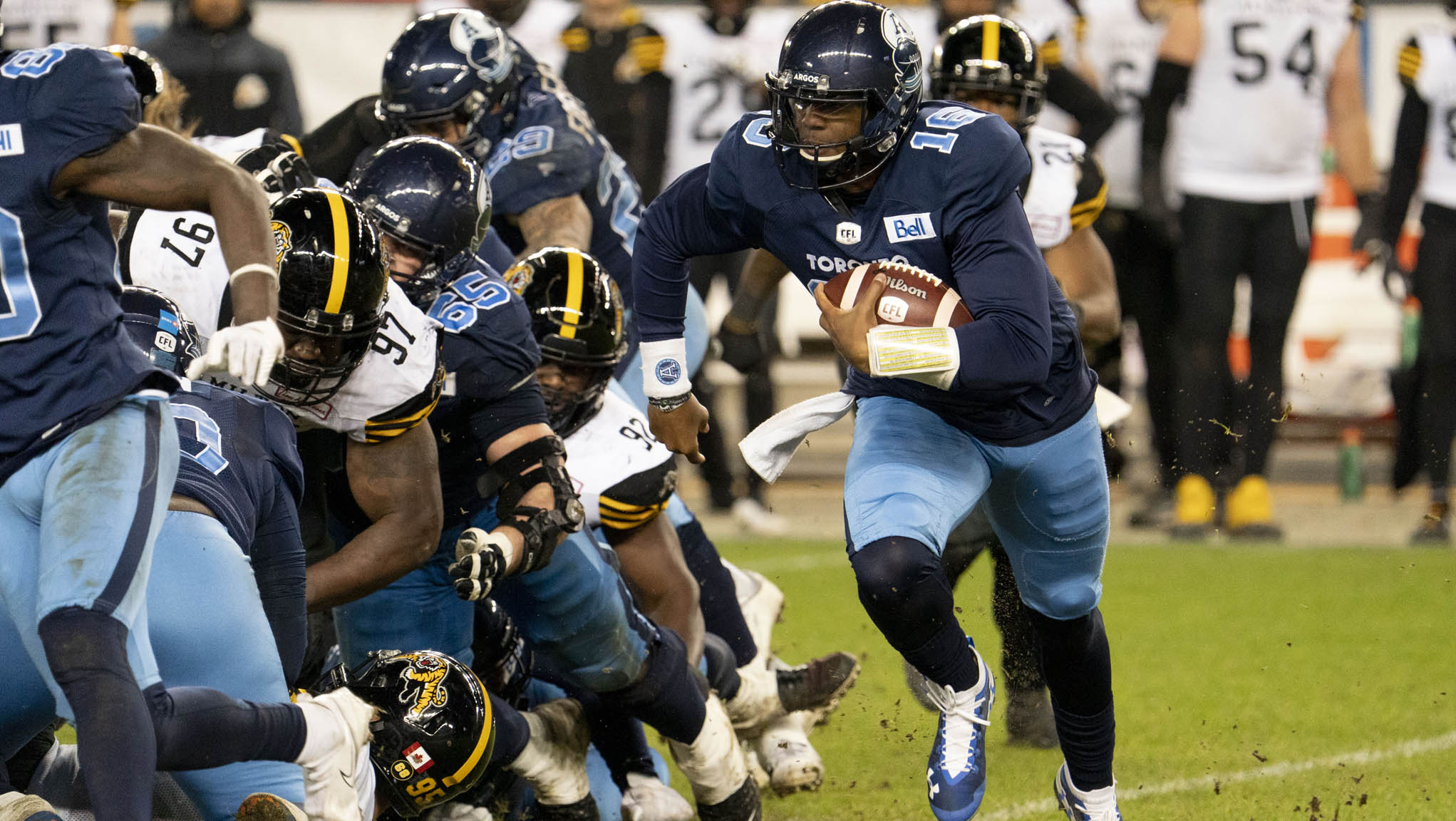 Antonio Pipkin gets the start for the Argos this week as they look to remain perfect at home in 2021 (Peter Power/CFL.ca)

Both teams are handed extremely short weeks but at least for the Argonauts, they don’t have to play on Friday like Edmonton does.

Toronto is resting as many starters as possible in this final game of the season to ensure their key players are healthy and ready for the Eastern Final in two weeks.

Edmonton, meanwhile, is coming off back to back games where they showed some improvement and they get James Wilder Jr. and Derel Walker back on the roster.

The Elks are dressing more ‘starters’ than Toronto but I like the factor of guys who are getting their first shot trying to prove something against a team who has dealt with nothing but adversity all season. 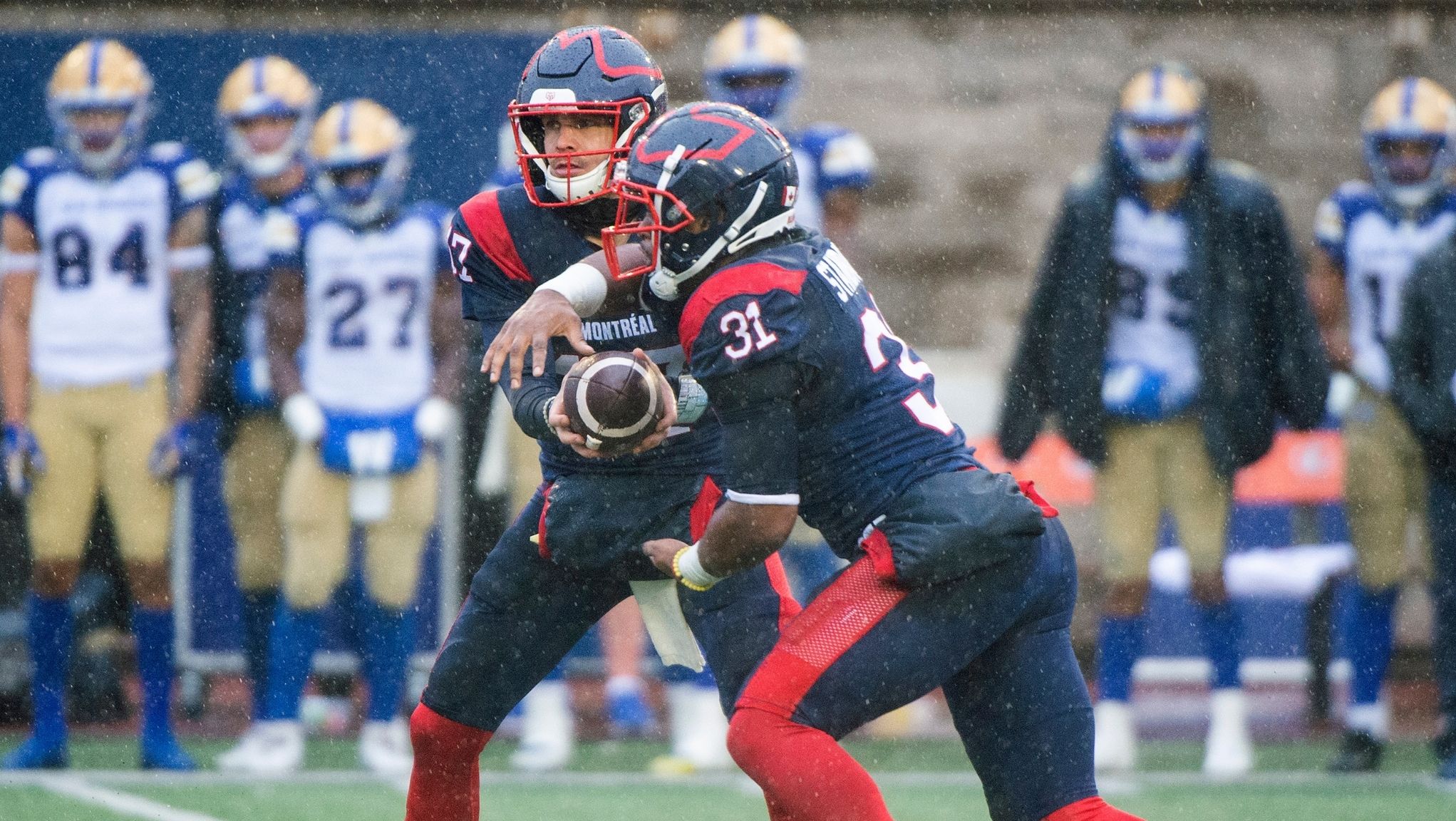 Trevor Harris and co. need a win this week against Ottawa if they want a chance to host the Eastern Semi-Final (The Canadian Press)

I sympathize with Ottawa, who had a bye week last week and had to come back for one final week before heading back home for the rest of the winter.

Montreal, meanwhile, continues to grow with Trevor Harris at quarterback and have a lot to play for as a win and a Hamilton loss would give the Alouettes home field in the Eastern Semi-Final.

I don’t think there’s a lot to break down on this one as the Alouettes have already shown how dominant they can be against this REDBLACKS team. 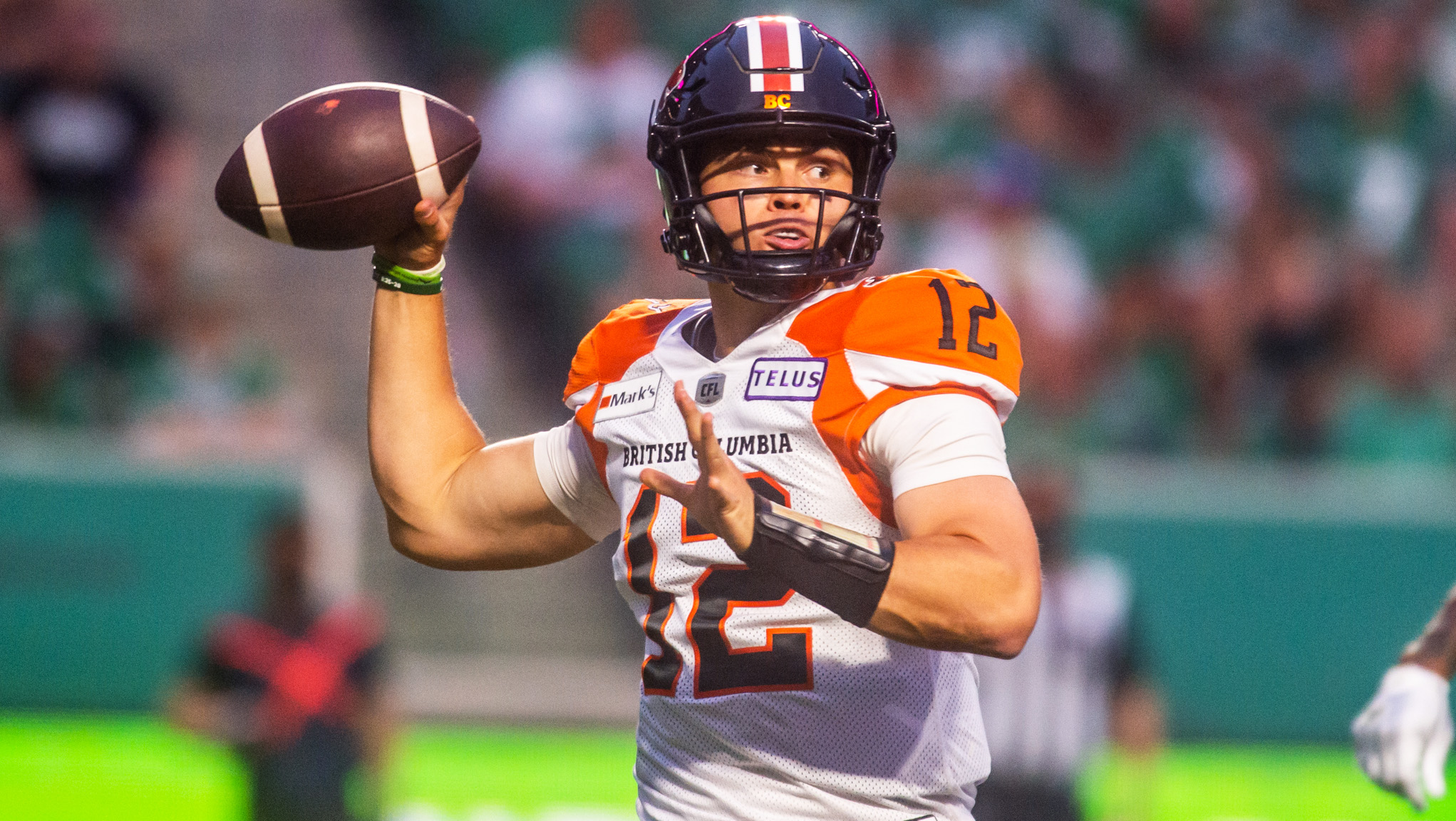 Nathan Rourke gets the start for the Lions this week as BC looks to finish out their 2021 campaign with a victory (Matt Smith/CFL.ca)

Nathan Rourke is back behind centre for the BC Lions and I’m excited to see him again as he’s had a strange first year in the league. He was forced to start the opening game and then sat, came in here and there and now will be given the ball to start a game and with the proper preparation.

He’s been in Michael Reilly’s ear all season to try and glean as much information from the veteran as possible.

Meanwhile, this caps off the Elks historic three games in six days. There are going to be some worn out football players heading into the final game of the season.

Who knows who else the Lions will put in for their home finale, but they will be a lot more rested and have a lot better game prep than what the Elks will have at their disposal. 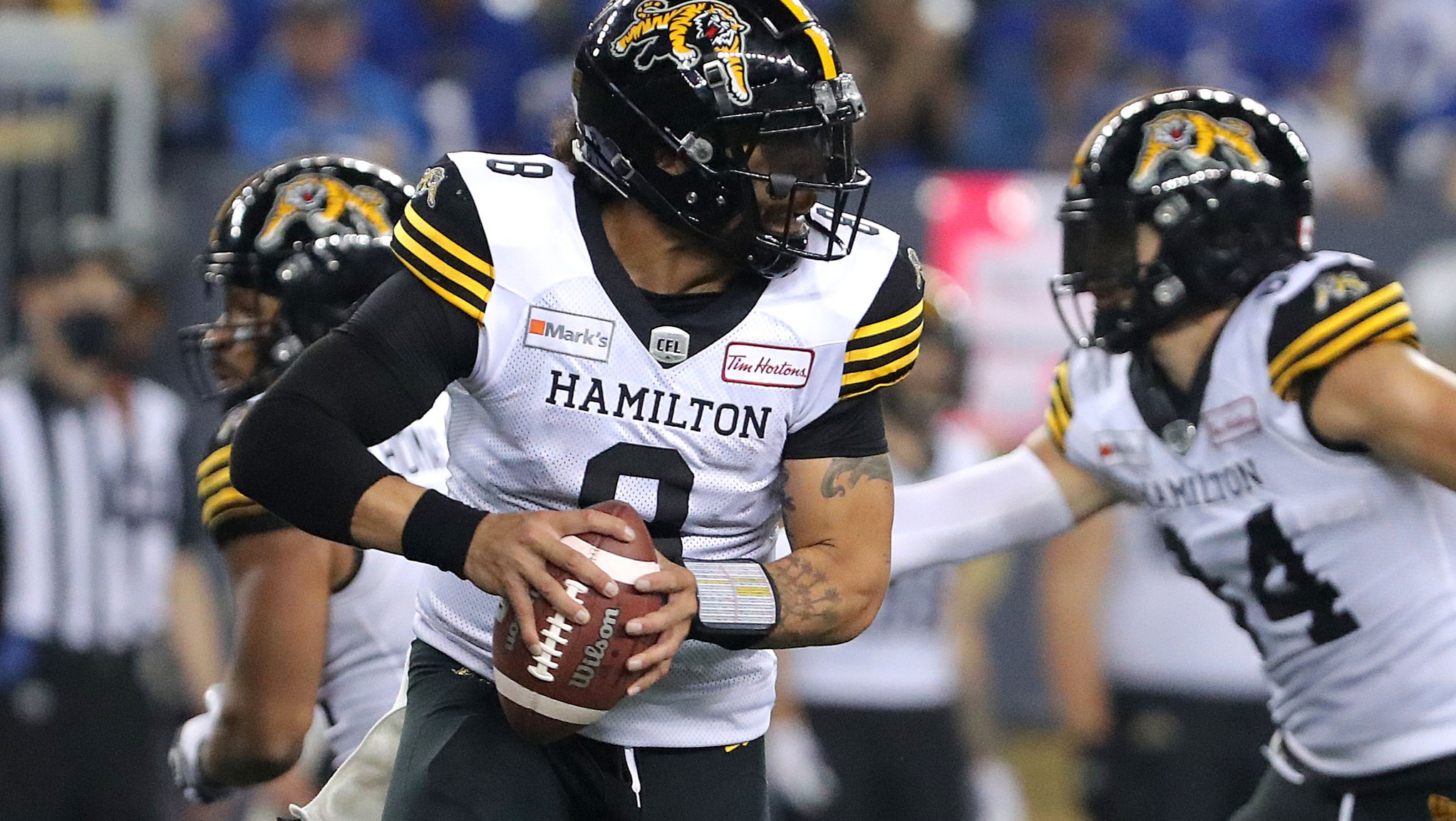 Jeremiah Masoli and co. are hoping to get a win against the Riders to secure hosting the Eastern Semi-Final (Jason Halstead/CFL.ca)

I’m going off the assumption that the Alouettes win so that means the Tiger-Cats will need a win to clinch home field.

The added twist is the Tiger-Cats will have to submit their lineup before knowing if they actually need a win to clinch.

The Riders know they’re hosting the Western Semi-Final so there is no reason to play much of Cody Fajardo or some other starters who have been playing through the pain the last few weeks of the season.

If my assumption is right and the Alouettes win, I think the Tiger-Cats take this one. 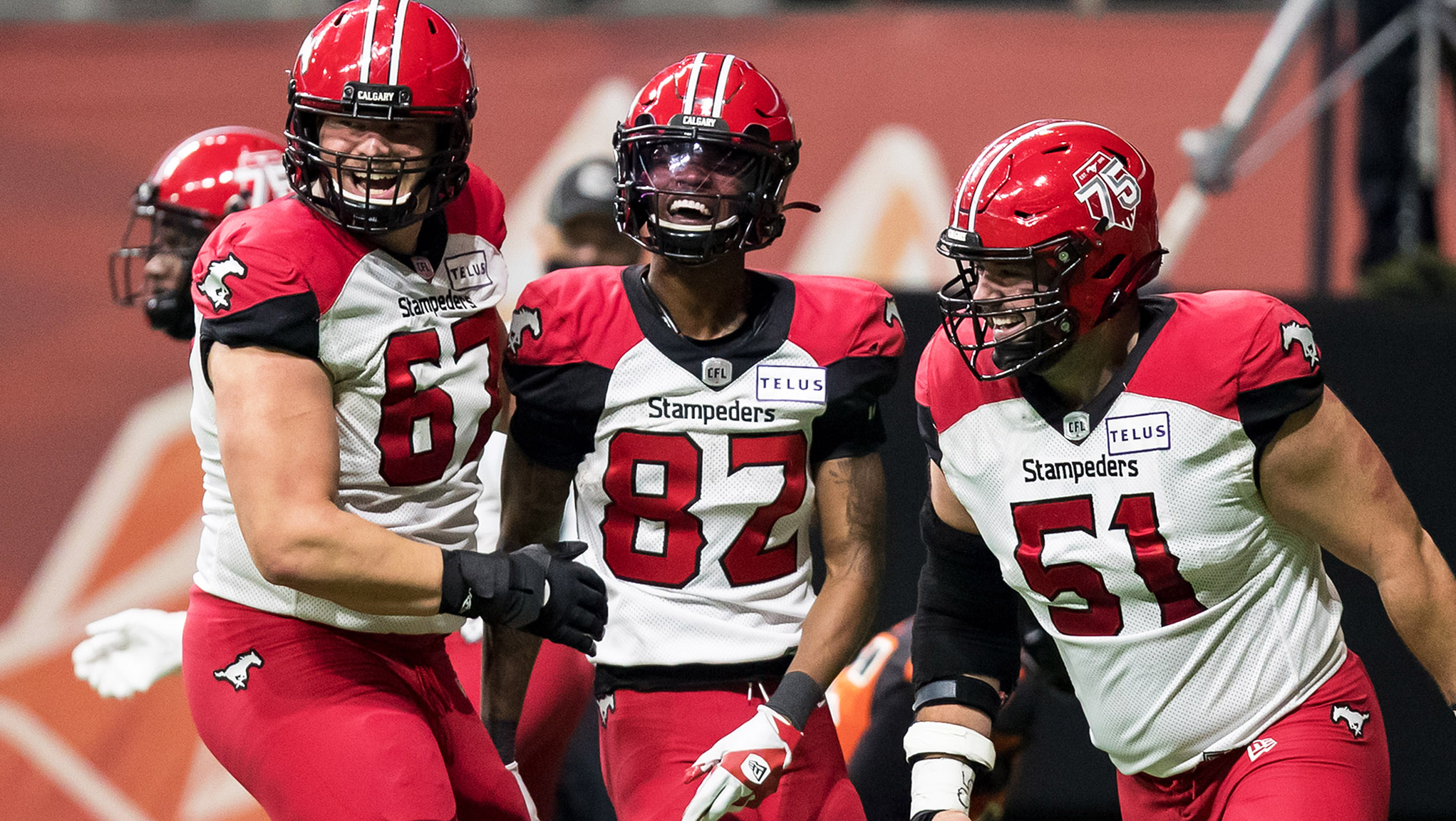 Will the Stamps finish out their regular season with a win over Winnipeg? (The Canadian Press)

There is a good chance we don’t see Bo Levi Mitchell or Zach Collaros in this game, as both teams’ fates are sealed.

The Stampeders are heading to Saskatchewan for the Semi-Final and they’d love to have Jake Maier get a little more action before the playoffs, while Mike O’Shea can continue to rotate in players who got rest with players who need rest.

Sean McGuire’s play was a struggle last week and I expect a few more of the Stampeders starting defensive players to dress this week.

Bottom line: both these teams can’t wait for the playoffs but would love to get through this one as healthy as possible.