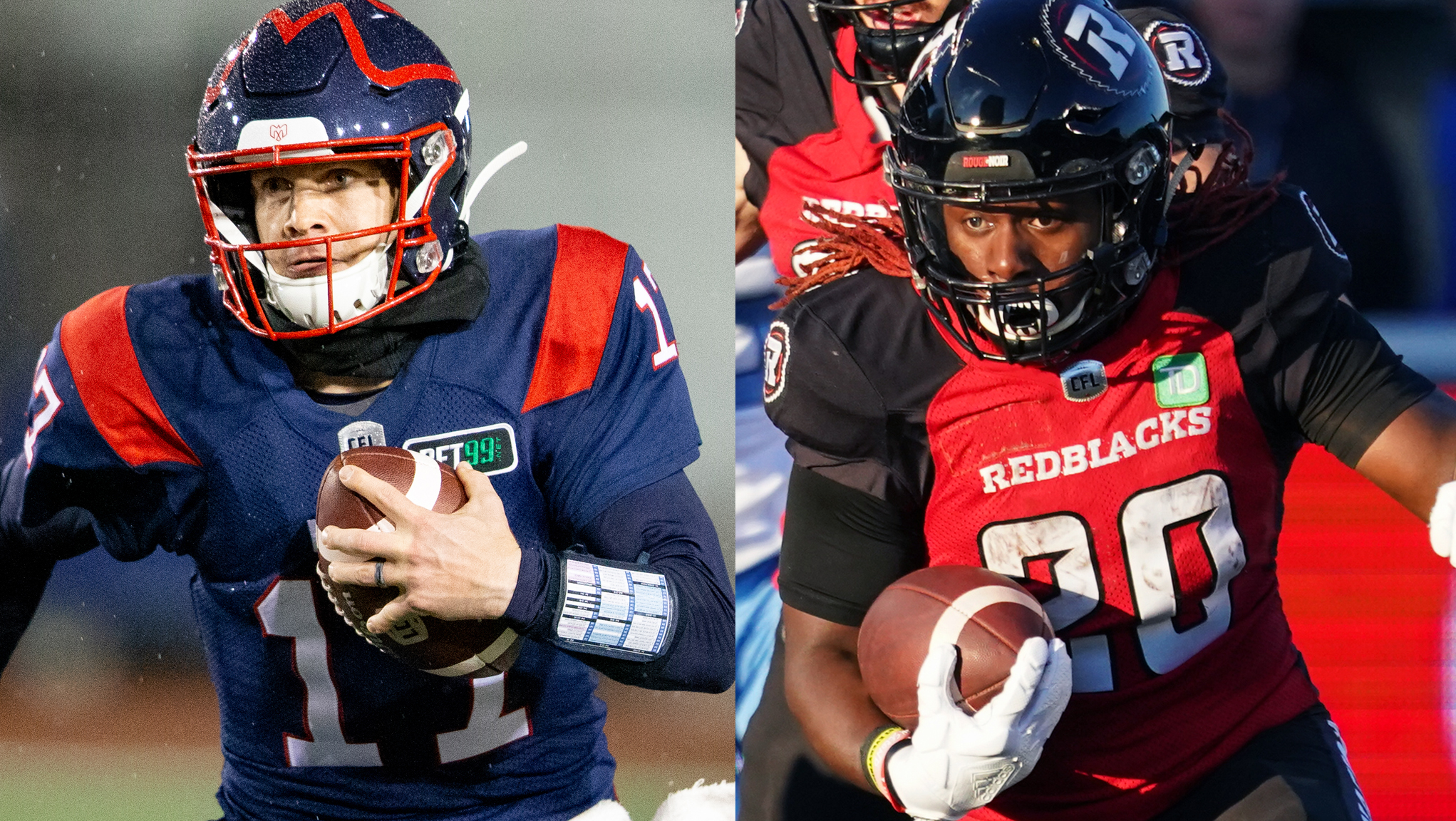 MONTREAL — The Montreal Alouettes will be hosting the provincial rival Ottawa REDBLACKS for the fourth and final time as the 2021 CFL regular season comes to a close.

The Alouettes currently sit third place in the East with a record of 7-6, tied with the Hamilton Tiger-Cats. Despite being third in the standings there is still hope for Montreal fans wishing to see a playoff game played at Molson Percival.

Montreal enters the final game of the regular season coming off an impressive 28-14 win over the Winnipeg Blue Bombers. The Als were able to control the game with their defensive play by using aggressive defensive pressure to create turnovers.

The Als defence was able to get to Winnipeg quarterback Sean McGuire, forcing him to throw four interceptions in the game. The Montreal defence added a fifth takeaway by recovering a fumble, the game marked the most Winnipeg had turned the ball over all season.

Montreal has had one of the most aggressive front sevens throughout the 2021 season and have been one of the best at getting to opposing quarterbacks, leading the league with 45 total sacks.

A major contributor for the Als defence this season has been defensive linemen David Menard, who has been nominated as Montreal’s Most Outstanding Canadian and Defensive Player.

In his first season with the Alouettes, the seven-year veteran has recorded 16 tackles and two forced fumbles through 13 games. He is also Montreal’s leader in sacks with eight and is second in the league, just two sacks behind Saskatchewan’s A.C. Leonard and Jonathan Woodard.

In the win over the Bombers, Trevor Harris completed 18 of his 25 attempts for 144 passing yards and three touchdowns, two of which found the hands of Eugene Lewis.

In his three games with the Alouettes, Harris has fit in seamlessly to the offensive scheme that he has been asked to run. He’s throwing efficiently, completing passes for big plays and most importantly taking care of the football.

Harris has completed 44 of his 65 passes as an Alouette, throwing for 444 yards and six touchdowns in his first three games with Montreal.

The two-time Grey Cup champion is 5-1 all-time when playing Ottawa and will be looking to do all he can in order to lead Montreal to a win on Friday to help give them a chance at homefield advantage.

The Opposing REDBLACKS enter Week 16 with some rest after a getting a bye in Week 15, however that hasn’t necessarily proven to be a benefit for Ottawa. The REDBLACKS have a history of struggling when coming out of a bye week, since 2019 Ottawa is 0-5 when returning after a week off and have won just 4 of their 12 games following a bye since 2014.

Ottawa had the Toronto Argonauts on the brink of a loss with a strong defensive showing in Week 14. Forcing four turnovers from the Argos and holding them to just 12 points through the first three quarters. However, a scoreless fourth quarter allowed Toronto to take over the game.

The REDBLACKS will once again be relying on their defence as they prepare for Montreal on Friday night. Headlined by the breakout play of Avery Williams, Ottawa has been able to reach the opposing quarterback 27 times and have forced 21 turnovers through 2021.

Williams leads the REDBLACKS and is third in the nation in tackles with a career-high 83 and has been named as Ottawa’s Most Outstanding Defensive Player.

Equally as important for the REDBLACKS has been the incredible play of their special team’s unit, specifically the big play ability in the return game that is provided by second year return man, DeVonte Dedmon.

Through 10 games played in the 2021 regular season Dedmon has recorded 667 punt return yards, 1,137 kick return yards and three return touchdowns. His 2,070 all-purpose yards are the most of any player in the league and he’s averaging a league high 207 yards per game.

There aren’t many guarantees in the sport of football, but one thing is for certain with the Ottawa return game, Dedmon is pure entertainment and electricity anytime he is given the chance to return the ball.

He will hope to create some magic one more time this season as they prepare for their final game of the regular season.

Kickoff is slated for 7:30 p.m. ET and can be watched on TSN, RDS and ESPN+ or can be followed along on CFL.ca’s Game Tracker.