Steinberg’s MMQB: A question for every team in the Semi-Finals 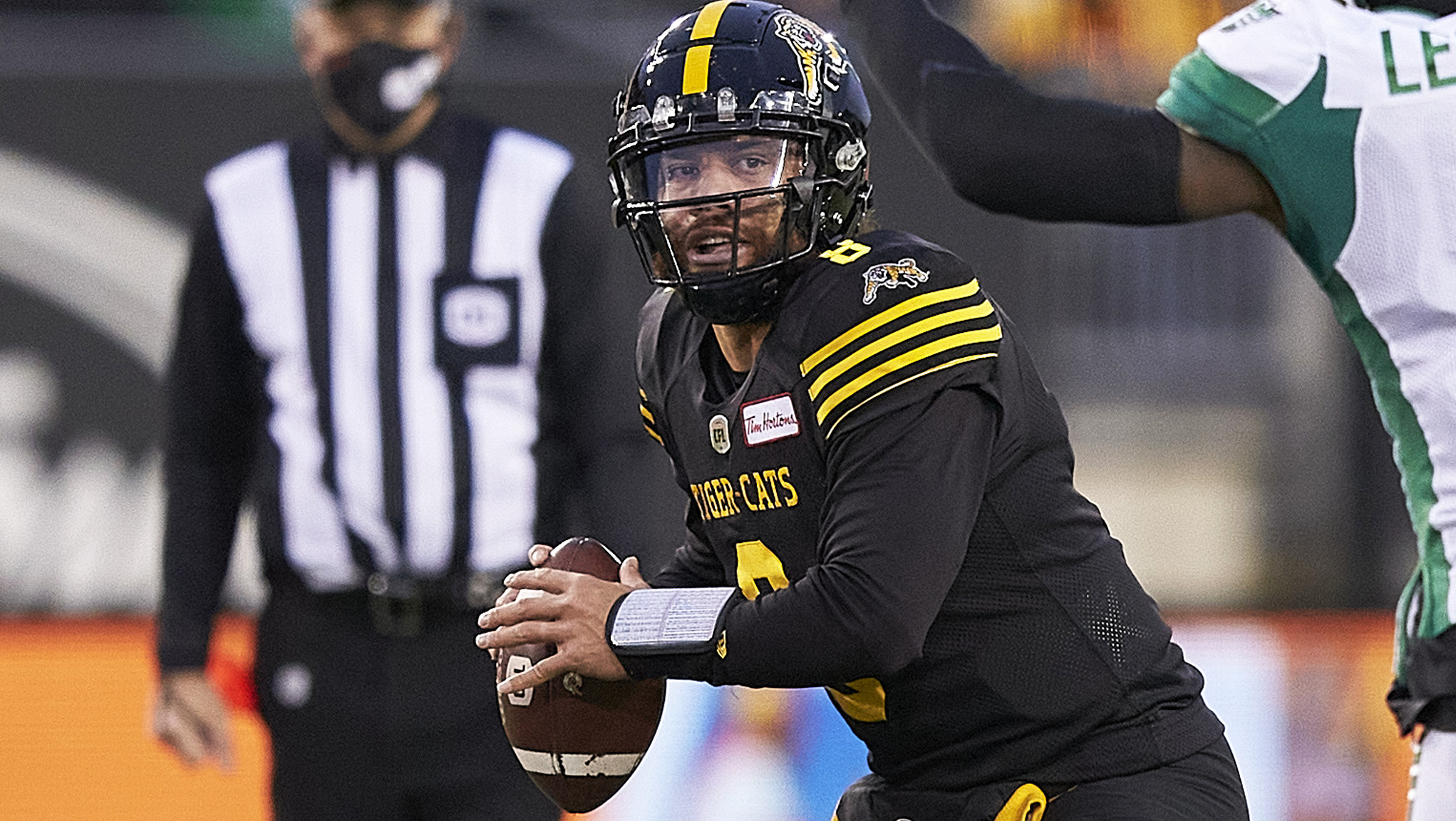 Steinberg’s MMQB: A question for every team in the Semi-Finals

Welcome to the 2021 CFL post-season. After all kinds of effort went into planning and playing a 14-game season, we’re finally here. With Sunday’s kickoff of the Eastern Semi-Final, it’ll be more than two years between CFL playoff games, but our matchups are set and ready to go.

I’ve got one question for each of the four teams playing in week one of the post-season.

While the Als wanted to close out the season with a win to keep their chances of hosting a playoff game alive, there was something more important for me: getting another four quarters of action under Trevor Harris’ belt. And, despite sustaining a last second loss to Ottawa, I think Week 16 will end up being a positive for Montreal.

Friday was Harris’s third start since being acquired by the Alouettes, and I think we’ve seen steps taken all three weeks. Even with Montreal’s offence stalling in the second half against the REDBLACKS, Harris threw for 259 yards and two touchdowns with just six incompletions and had both Jake Wieneke and Quan Bray heavily involved.

That’s important, because the more comfortable Harris can get with his talented group of receivers, the better chance the Als will have against a scary Hamilton defence. Both of Harris’ touchdown passes Friday went to Wieneke. That comes a week after he threw a pair to Eugene Lewis, who missed Montreal’s season finale with a hip injury.

With the right guy driving the bus, the Alouettes boast as talented a group of playmakers on offence anywhere in the CFL. We know what William Stanback is capable of, and if Harris can be on the same page with his talented receivers the rest of the season, Montreal can give anyone a run in single-elimination scenarios.

Hamilton Tiger-Cats: What version of Jeremiah Masoli shows up?

I know it’s cliché to focus on the quarterbacks in a playoff matchup, but I can’t think of a bigger storyline for either team playing in the Eastern Semi-Final. For Hamilton, there’s plenty of reason to feel confident about the way Masoli has performed since returning in early October. But, there’s one recent outing serving as a slight fly in the ointment.

With a shot at earning top spot in the East Division on the line in Week 15, Masoli completed just 55 per cent of his passes and threw two interceptions against no touchdowns in a loss to Toronto. Unfortunately, for as well as Masoli has played recently, that performance in his team’s most important game of the regular season is still fresh.

Now, to be fair, Masoli has been strong outside of that loss to the Argos. In his six other starts since returning, Masoli has thrown nine touchdowns passes, no interceptions, and has a completion rate up over 75 per cent. That’s why the performance against Toronto was surprising.

When the Tiger-Cats are right and healthy, they’re as complete a team as you’ll find. As such, all they need is their quarterback to be effective and reliable like we’ve seen from Masoli on most occasions. We’ll find out Sunday if Masoli’s last performance in a big spot was simply a blip on the radar or indicative of something more concerning.

Calgary Stampeders: What does Brent Monson have in store?

Calgary’s visit to Mosaic Stadium for the Western Semi-Final will be their fourth meeting with Saskatchewan this season and the first since their intriguing three-game miniseries in October. The Stamps took two of those three meetings, with all three decided by six points or less. A big part of that was how well Calgary’s defence got the job done.

Defensive coordinator Monson saw his group execute solid game plans, specifically in the first two meetings. The Stamps had Saskatchewan’s Cody Fajardo all out of sorts by mixing pressure packages and coverages effectively. Fajardo completed just 60 per cent of his passes in those two games, throwing one touchdown and one interception.

Coming off a bye for the third meeting, Fajardo and the Roughriders figured things out on offence and were a more effective group. That game was on October 23rd. Now more than a month later, and with this showdown looming for weeks, I’m fascinated to see what Monson and the Stamps have dialed up on defence in showdown number four.

Yes, Calgary had games to play and win down the stretch. But you can’t tell me Monson and his defensive staff haven’t been thinking about going up against Fajardo over the last few weeks. Now with the addition of Tre Roberson, the Stampeders have another weapon to use as they try to complete the difficult task of beating the same team three times in one season.

Saskatchewan Roughriders: Is Duke Williams the missing piece on offence?

You can throw Saskatchewan’s final game of the season out the window, especially on the offensive side of the ball. With their playoff fate already sealed, the Riders opted to sit or limit most of their key playmakers on offence in a 24-3 loss to Hamilton, including Williams.

That’s okay, though, because Williams had the game everyone was waiting for a week prior against Edmonton. The late season free agent signing went for 146 yards and a touchdown against his former team, which is exactly the type of performance Williams was brought in to provide.

There has been outside criticism directed at the Roughriders at times this season for not stretching the field enough. Well, with Williams in the mix and Shaq Evans back healthy, Saskatchewan now has a much greater ability to do just that. That’s why I wonder if the addition of Williams could be the missing piece for this Riders offence.

Williams is the perfect weapon to deploy against a fast and physical Calgary secondary. He’s big, strong, and explosive, and wins 50/50 battles as well as anyone in the CFL. Williams made his Saskatchewan debut in the aforementioned third regular season showdown with the Stamps. With a couple more outings and a breakout performance under his belt, Williams is poised to be a massive swing player on Sunday afternoon.