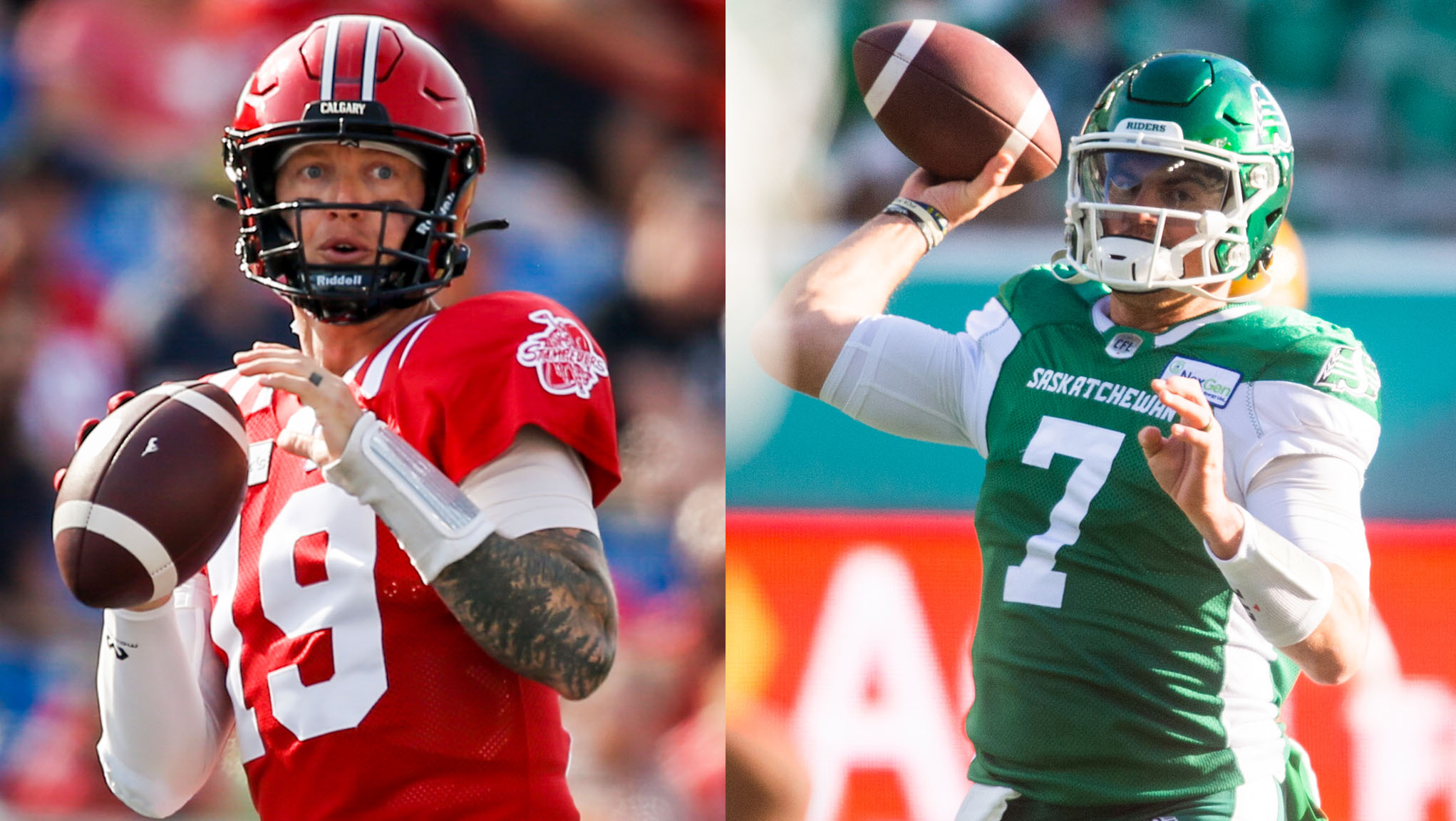 They have the better record, won the last meeting against the team they are facing and will be playing at home in front of their rabid fans.

Head coach Craig Dickenson should be feeling pretty good about his Saskatchewan Roughriders (9-5) as they prepare to host the Calgary Stampeders (8-6)  in Sunday’s Western Division Semi-Final at Mosaic Stadium.

Except he isn’t. Instead Dickenson has a list of concerns, any of which could end the Riders’ season two games earlier than they want.

“We haven’t played our best game. I’m hoping we can do it this week.”

RELATED
» Depth Charts: SSK| CGY
» Stamps, Riders Injury Reports: Stay up to date
» Head to Head: Who has the edge in the Western Semi-Final?
» Buy Tickets: Stamps at Riders

The Riders beat the clubs they should this season, like BC, Ottawa, Montreal and Edmonton. Their largest margin of victory was 22 points against Hamilton in Week 2. But four of their losses came against Winnipeg and Calgary, the teams they must beat if they hope to play in the Grey Cup in Hamilton.

Saskatchewan’s final four wins of the season against Calgary, Montreal and Edmonton twice were all by five points or less.

When defensive tackle Micah Johnson and cornerback Nick Marshall were the only two Riders selected as CFL West Division All-Stars, quarterback Cody Fajardo wasn’t surprised by the lack of recognition.

“It seemed like all year people have been bashing us or finding a way to just point out all the negatives, and we just continue to win football games,” said Fajardo, who completed a league-leading 281 of his 404 passes for 2,970 yards, 14 touchdowns, with a career-high 11 interceptions.

“There’s a lot of teams out there that would give anything to be in the position we’re at. With some guys getting snubbed in the all-star voting, it’s just a motivation, a little bit more chip on their shoulders. We’re going to have a team that’s going to be flying around and got something to prove. That can be a dangerous thing at times.”

The Stampeders started the season slowly, winning just two of their first seven games as quarterback Bo Levi Mitchell overcame a leg injury. The Stampers then rallied to win eight of their final nine.

Linebacker Darnell Sankey, one of seven Stampeders named a West All-Star, said Calgary is not taking the Riders lightly.

“We just have to go in there and do what we’re capable of and the results will take care of themselves,” said Sankey, who led the league with 97 tackles in his first CFL season. “Saskatchewan is a great team. They have a  great system.

“I think we’re more than capable of going out there and handling business.”

Dickenson said Mitchell had to deal with his own recovery, plus injuries to the Calgary receiving corps and offensive line.

“He still can sling it and he’s as smart as ever,” said the Rider coach. “I think it was more a matter of getting the same people out there on a consistent basis.

“It’s hard to be good week-in and week-out when you’ve got a bunch of new receivers and new lineman every Sunday. I didn’t see Bo slowing down too much this year.”

The Stampeders also have running back Ka’Deem Carey, who was second in the CFL with 869 yards from 164 carries. His seven touchdowns was the most of any running back.

The Riders and Stamps met three times during the season with Calgary winning the first two matches. The first game was decided by six points, the final two by three points each.

“We have to keep our eyes open to be really alert to see what they’re doing and make sure we’re running the right calls.”

Receiver Duke Williams was a late addition to the Rider roster, returning to the CFL after a stint in the NFL. In four games the six-foot-three, 225-pound Los Angeles native had 17 catches for 286 yards, including 12 grabs for 146 yards and a touchdown in his final game against Edmonton.

“He gives us another element on offence to stretch the field,” said Fajardo. “He also brings a veteran leadership. He makes the guys around him believe.”

Sankey said Williams is another weapon the Stamps must contend with.

“He’s a big target, he knows how to get up and catch the ball,” he said. “We just have to make sure we do what we can do contain him.”

Dickenson knows the high expectations placed on his team. The Riders last playoff victory was in 2017 and they haven’t won a home playoff game since 2013.

“I told the team if we don’t win this game it’s going to be a disappointing year,” he said.

“The pressure is on us to do well and win this game. Whether or not we respond, we’ll see.”