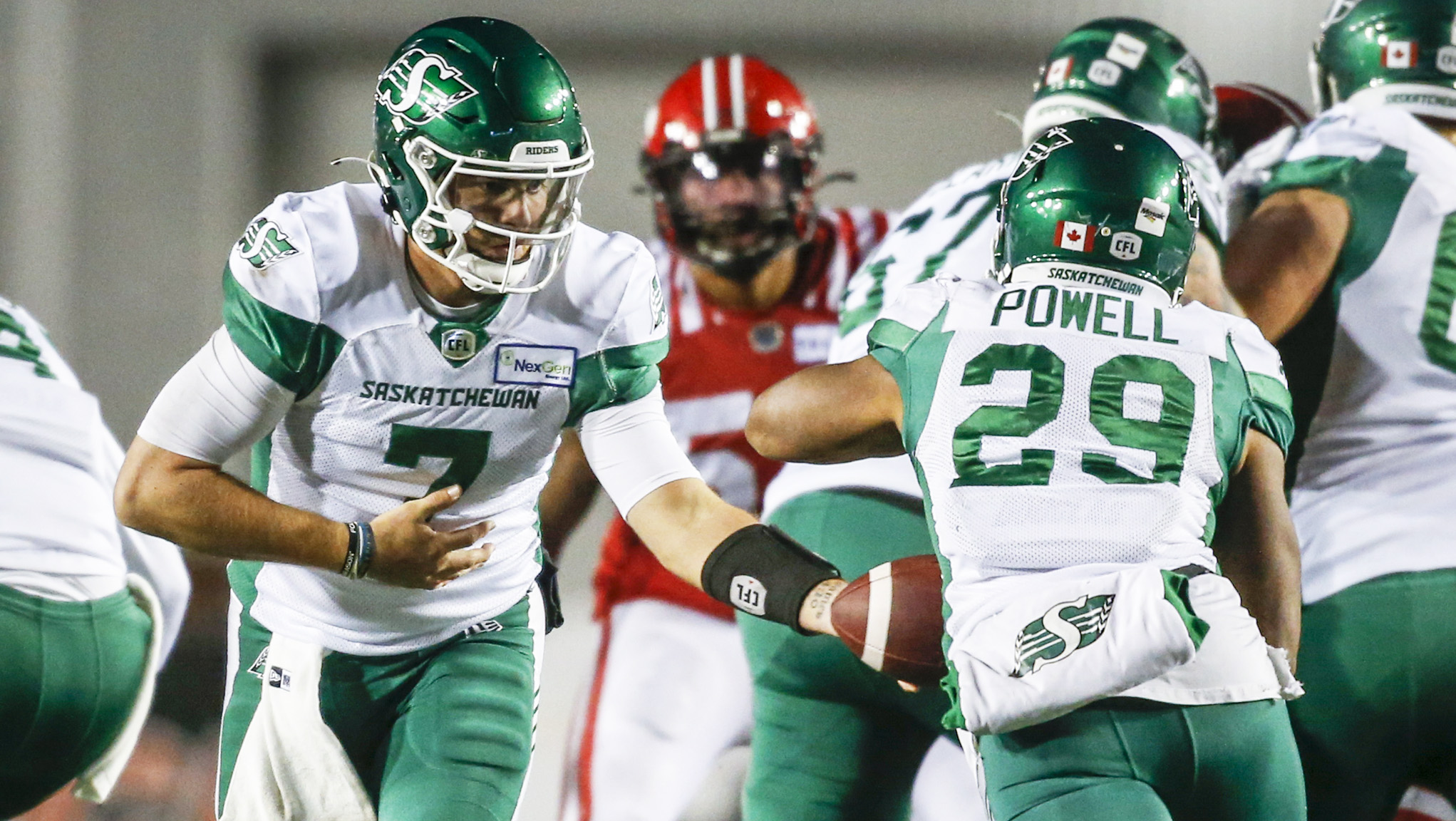 After all the months away from the CFL, through a pandemic, a cancelled season and then a shortened season, we are finally here.

It’s the time of year where all the blood, sweat and tears get put on the line to see who will hoist the Grey Cup in Hamilton on December 12.

RELATED
» Make Your Picks Now on CFL Pick ‘Em presented by TotalEnergies!
» Head to Head: Who has the edge in the Western Semi-Final?
» 10 players to watch in the Division Semi-Finals
» O’Leary: 5 storylines to follow in the Semi-Finals

I can’t wait to get to Sunday and I’m sure the players are feeling the same way. All the matchups this week are extremely even. It may literally be more accurate to flip a coin to decide the winner of these games than put too much thought into it.

But my job is to put thought into it, although the coin would save me plenty of time. 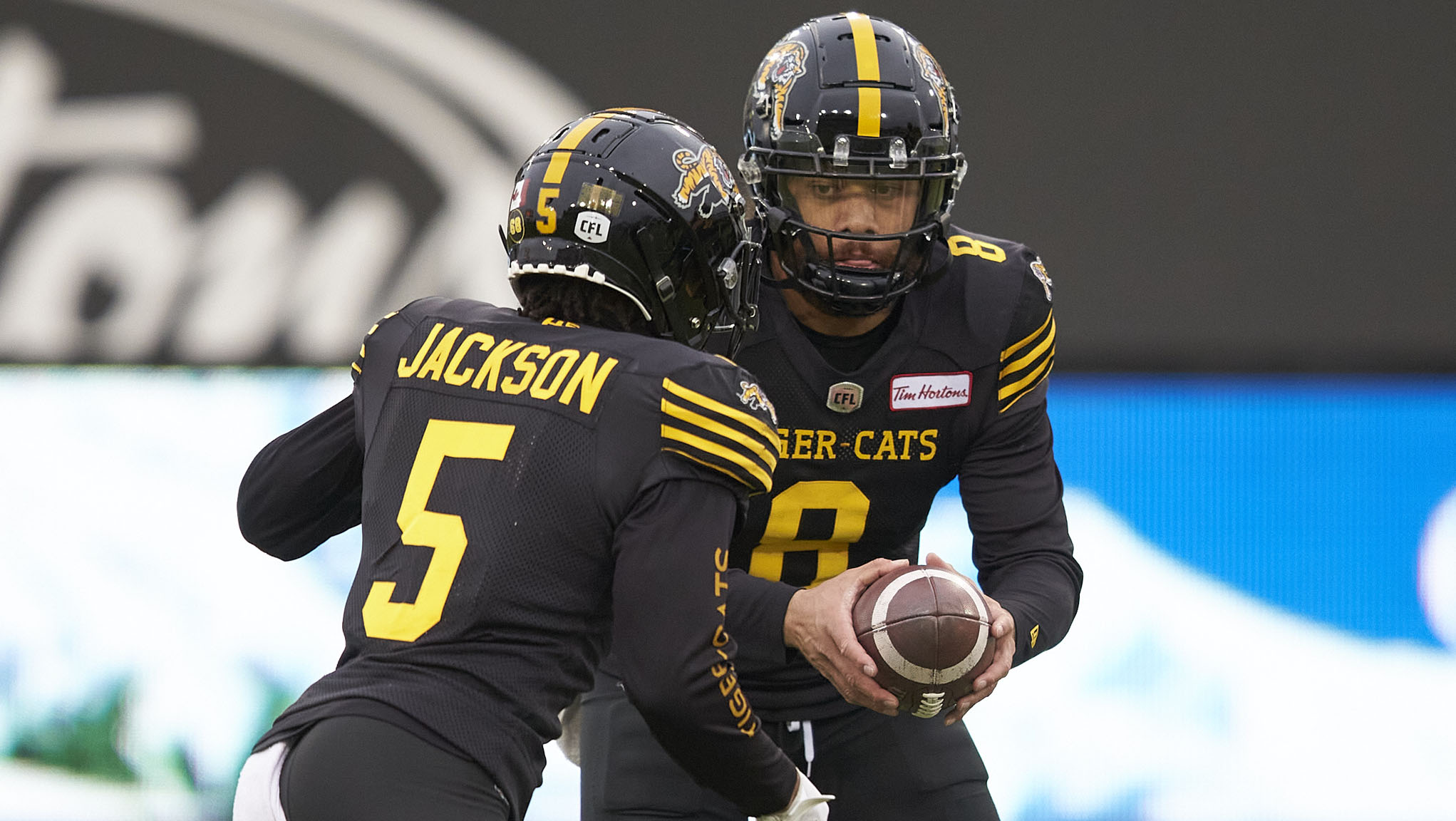 Will the Hamilton Tiger-Cats defeat the Montreal Alouettes on Sunday? (Geoff Robins/CFL.ca)

Patrick Levels kicked off the week with a guarantee the Alouettes will win the Eastern Semi-Final. For the record, if I had a player say anything else, I’d be worried about their confidence going into such a big game. So I invite all players to guarantee wins this week for their team.

The last time these two teams played it was a thrilling comeback overtime win for the Montreal Alouettes. However, they had Vernon Adams Jr. at quarterback at the time. He’s now injured and it’s Trevor Harris at the helm for Montreal.

The Alouettes are built to win at this time of year. They have the best running back in the CFL and Trevor Harris is an accurate passer who has shown he’s capable of not turning the ball over.

On the other side of the ball, the Alouettes have been one of the best takeaway defences in the league, who also were No. 1 at getting the quarterback with a league-leading 49 sacks during the season. They also capitalized on turnovers with the second-most points scored off turnovers in the CFL.

As for the Tiger-Cats, they come into the playoffs winning four of their last five games. And I can already hear the naysayers now talking about those four wins coming against three teams out of the playoffs and the Roughriders, who rested half their starters in the regular season finale.

But the Tiger-Cats still beat the team that was put in front of them and that’s all they can do.

The Tiger-Cats have the defence that can stop the run. They’re No. 1 against the run this year, giving up only 4.2 yards per carry to their opponent. It will be strength on strength when it comes to that aspect of the game.

And don’t sleep on the Tiger-Cats run game either. I know they don’t have a William Stanback but the Tiger-Cats have dedicated a lot more to the run game in the back half of the season, going from 88 yards per game at the mid point of the season to over 100 by the end of the year. The offensive line also has improved when it comes to protecting the quarterback as the season has gone on.

The debate rages within. Are the Tiger-Cats on a crescendo into the playoffs at the right time? Will William Stanback take over the game?

But if you’re forcing me to make a pick… 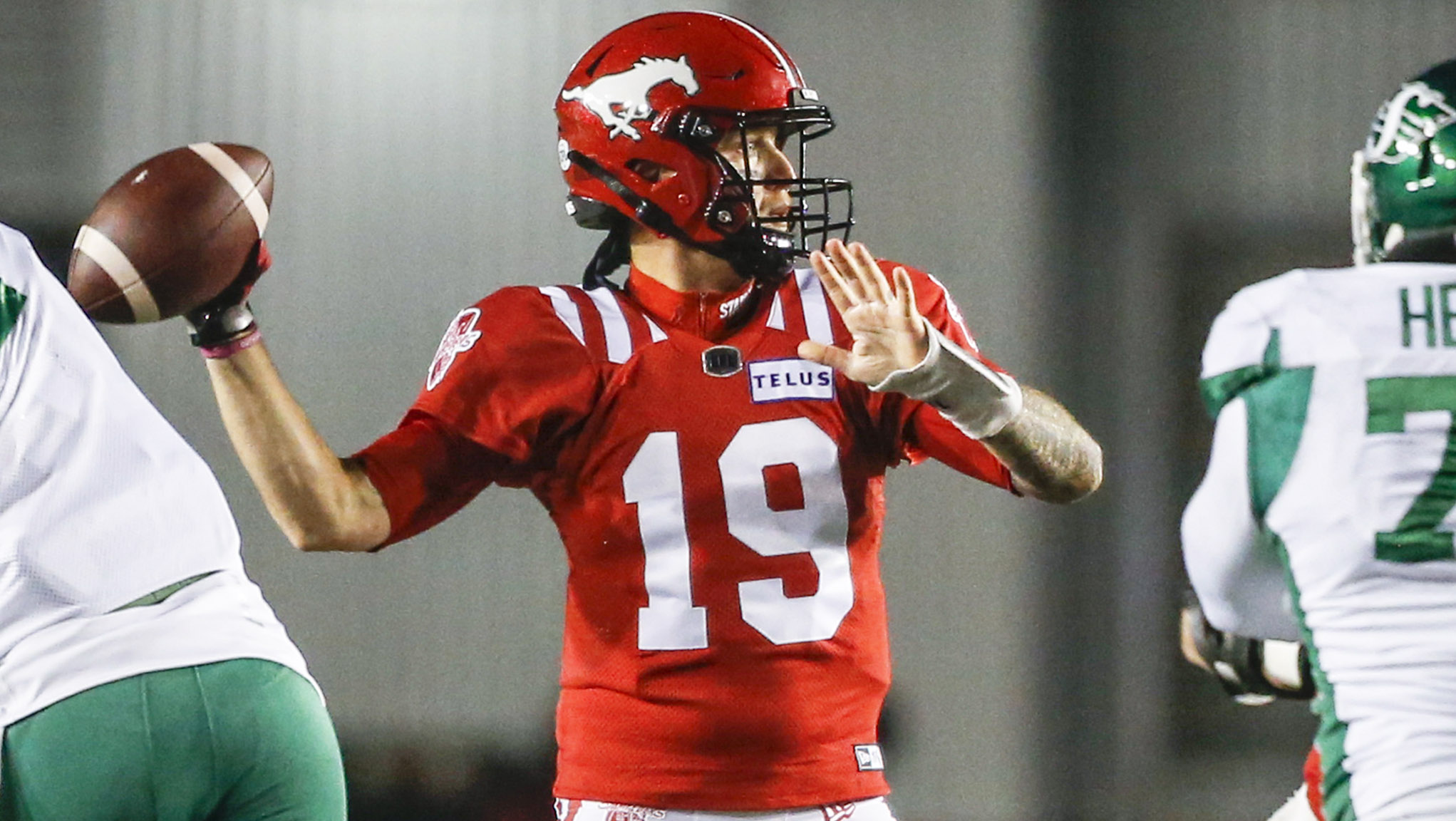 Can Bo Levi Mitchell lead his team to victory over the Saskatchewan Roughriders on Sunday? (The Canadian Press)

It’s been a while since these two prairie rivals have squared off in the playoffs. It almost seemed like an annual event between 2006 and 2013. They played each other six times in those eight years but haven’t squared off in a playoff game since the 2013 Western Final.

The Riders won five of those six matchups, losing only in the 2012 Western Semi-Final on a late touchdown bomb, but have never faced a team led by Dave Dickenson with Bo Levi Mitchell as the starter.

There are so many story lines to this game. The Dickenson brothers squaring off as head coaches in the playoffs for the first time.

Bo Levi vs. Cody Fajardo. Mitchell has loved coming to Saskatchewan, while Cody has just one win as a starter against the Stampeders.

But this is a tale of one team rising to the challenge of a one and four start and winning seven of their last nine and the other team who has plateaued in the back half of the season.

So are the Riders still the better team or has Calgary surpassed them? I’d argue Calgary has become an equal to the Roughriders.

The Riders and Stampeders stats from the midway point of the season to now show that Calgary has been the better team in the second half of the campaign. In almost every statistical category Calgary is climbing, while the Riders are falling.

The biggest thing I’m noticing is teams are taking advantage of the Riders struggling offensive line. They’ve given up a lot more sacks in the second half of the year and their run game has dropped dramatically from the first half of the season.

Overall, that’s dropped the teams offensive production from a team that was averaging 23.4 points a game after seven games to a team that averaged 18 points per game in the final seven games.

Where the Riders win, is their defence. They still get after the quarterback and turnover the football. If the Riders defence can make Bo Levi Mitchell uncomfortable as they did for most of the three games this season, the Riders will win.

The biggest difference in the wins and losses for the Riders and Stampeders were Calgary’s fast starts. In both wins Calgary were up quick and held on to the lead because the Riders offence wasn’t strong enough to come back.

The Stamps are also leaning on Ka’Deem Carey much more in the second half of the season to take some pressure of Bo.

I’m also interested what the new additions mean for both offences with Duke Williams big play ability being shown off in the Riders penultimate game and of course if Reggie Begelton can be a difference for the Stamps come playoff time.

Again, the debate here is; will the Riders feed off the atmosphere of home field to be the more physical team? Or will the Stampeders be too much for the Riders to handle on both sides of the ball?