Weekly Predictor: Betting on the Tiger-Cats 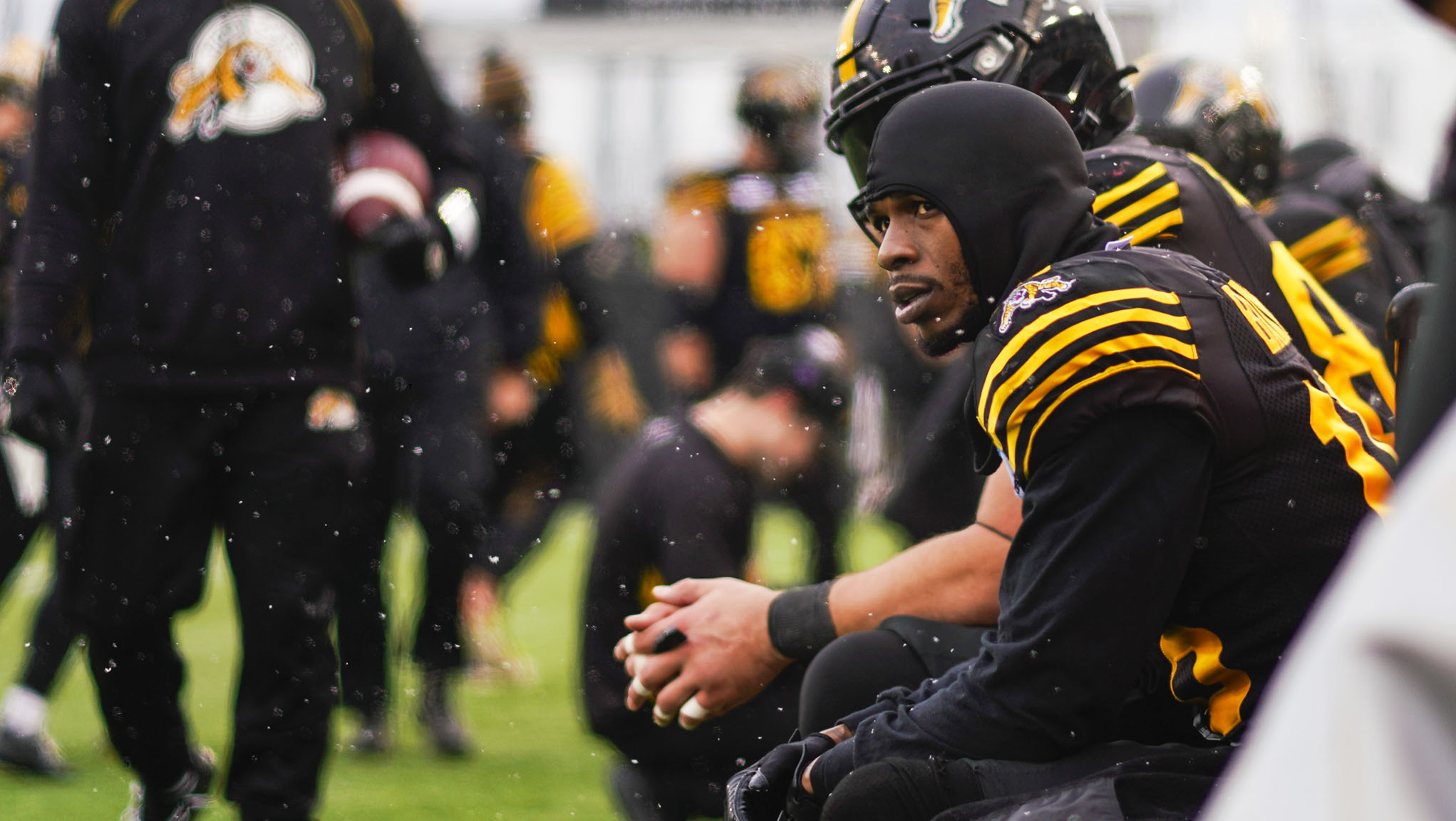 Weekly Predictor: Betting on the Tiger-Cats

What a start to the playoffs!

The Hamilton Tiger-Cats defence smothered the Montreal Alouettes while they dished up some crow to Patrick Levels in the Eastern Semi-Final and then the Saskatchewan Roughriders and Calgary Stampeders kept us glued to an overtime classic.

Hopefully more of the 33-30 shootout will be in store for the Division Finals though I’m sure the defensive coordinators of the four teams would beg to differ.

RELATED
» Buy Tickets: Eastern Final | Western Final
» Head to Head: Who has the edge in the Western Final?
» 10 players to watch in the Division Finals
» Make Your Picks Now on CFL Pick ‘Em presented by TotalEnergies!

An added bonus is both match-ups feature two of the great traditional rivalries that highlight Mark’s Labour Day Weekend! 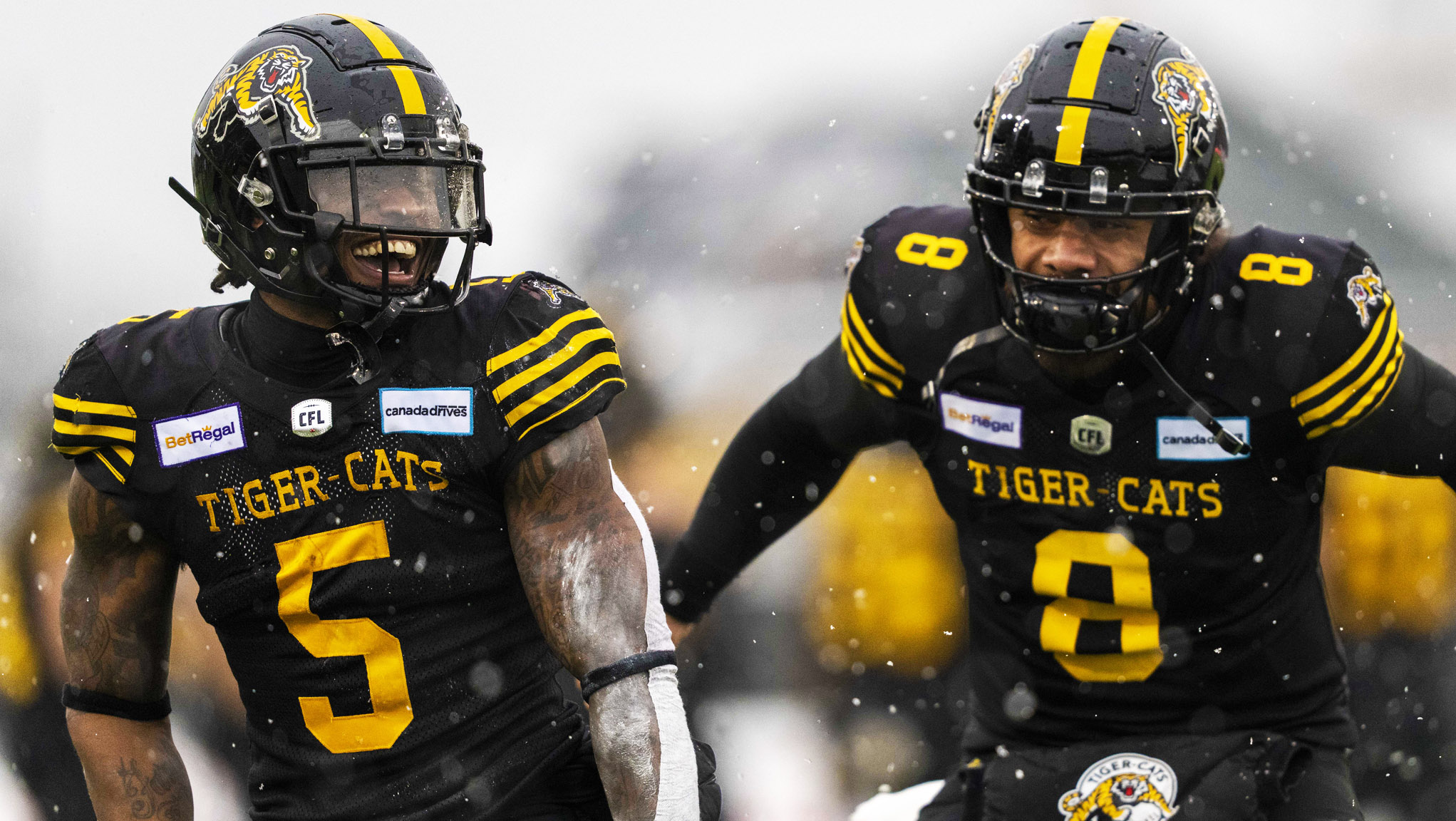 The Ticats will be looking for a win on Sunday to head back home for the 108th Grey Cup (CFL.ca)

The Argonauts have had the Tiger-Cats number this season, winning three of four games. Although we need to be real. The first win was aided by a missed PAT that would have tied the game and sent it to overtime. The second win was a 51-yard walk-off field goal by Boris Bede.

So, yes, these two teams have been evenly matched this season with the wins being crucial in Toronto’s ability to host this game as opposed to going back to Tim Hortons Field in Hamilton, where the Tiger-Cats beat up on them in the Labour Day Classic.

Now, the Argonauts are an interesting case because if you look at the numbers, they don’t jump off the page as the best team in the East. But you don’t win games on paper, you win it on the field. The Argonauts have won some close games this season and credit goes to Boris Bede for making some clutch kicks at some key moments.

McLeod Bethel-Thompson has a lot to prove in this game. He’s clearly stated he wants to be the No. 1 guy and thinks he’s shown he can be that player for the Argonauts. The time to solidify that is playoff time. While he doesn’t threaten teams with the deep ball, you put MBT on the field with the game on the line and he leads the league with four fourth quarter game-winning drives of the team’s nine wins.

On the flip side, you have to be worried about the momentum the Tiger-Cats defence is coming in with. They had six sacks on Trevor Harris last week after a pretty average season for a quartet of pass rushers, who are usually among the league leaders in getting to the quarterback.

The pass rush allowed some other playmakers on defence to clamp down on the Alouettes passing attack.

The forecast says it might be a snowy day in Toronto and with two teams who aren’t near the best in the league in running the ball, it’ll be interesting to see who can establish the ground game early.

While I expect another close one between these two teams, and maybe I’m blinded by last week’s East Semi but I saw a Tiger-Cat team who flipped a switch last week as their defence looks like they have their eyes on taking over these playoffs. 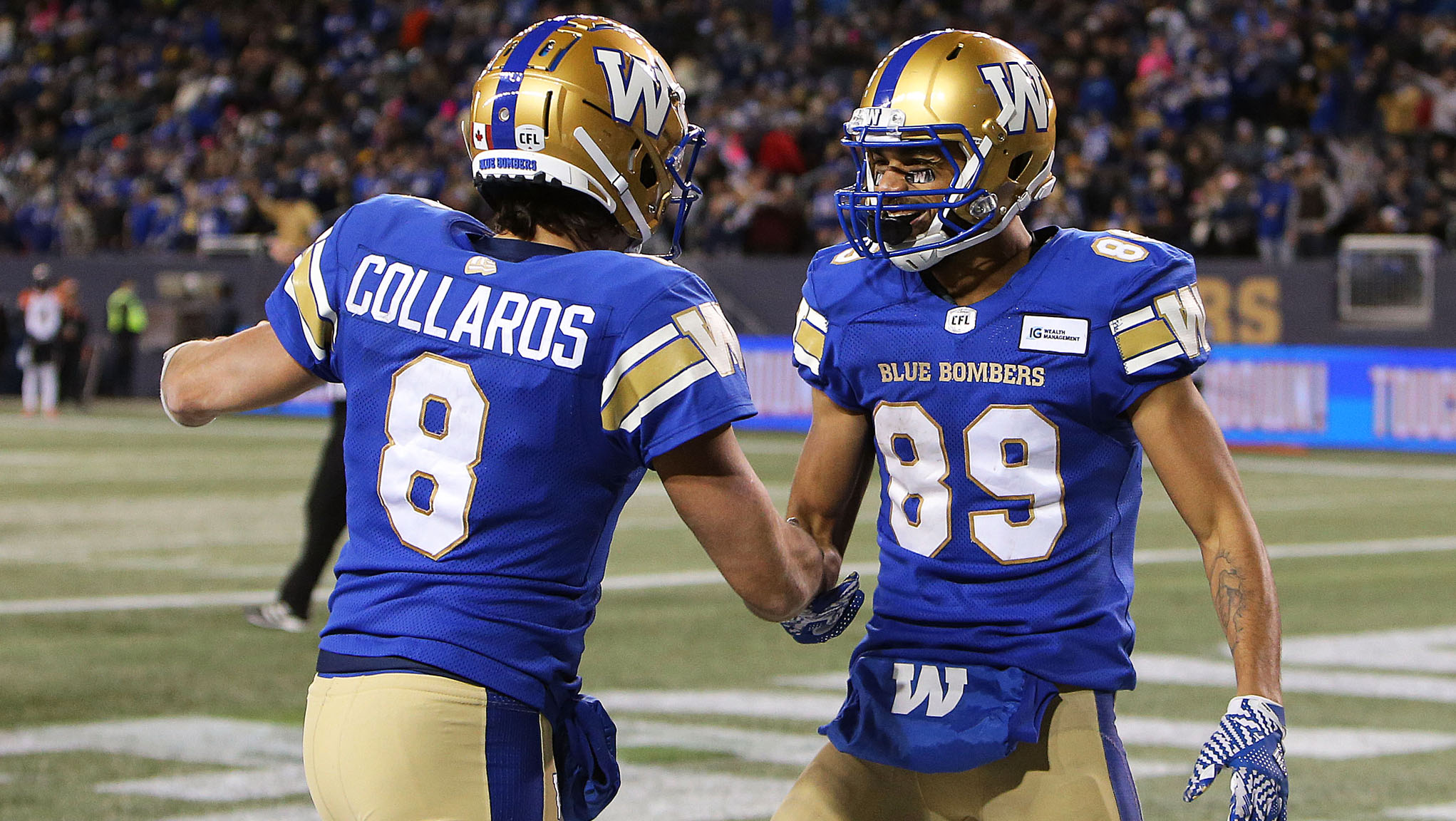 Can the Bombers defeat the Riders and make their second-straight appearance in the Grey Cup? (Jason Halstead/CFL.ca)

Rest vs Rust. That’s the age old debate in any sport with the Bombers having the West on ice for six weeks heading into the Western Final.

What kind of team will we see come out as they’ve lost two-straight coming into the playoffs? Although, in fairness to the Bombers, they rested a few key contributors along the way.

I wanted to find recent examples of teams this dominate and so I went back to the 2014 Calgary Stampeders, who clinched first on October 18th and played five weeks later in the Western Final. They absolutely CRUSHED Edmonton in that game.

The one thing I fear if I’m the Bombers is if the Roughriders can punch them in the mouth early after an emotional overtime thrill ride against the Stampeders. The last half of that football game was the Cody Fajardo show as he ran and threw his way into the Western Final, leading the Roughriders back on a key fourth quarter drive to take the lead before Calgary tied it up.

I’d like to note Fajardo also threw a game-winning pass in overtime that if Kian Schaffer-Baker holds on to becomes a monster moment in both guy’s careers.

Now, you also have a Riders defence that have been absolutely lights out in the second half of the season, with pass rushers that are right up there with Willie Jefferson and Jackson Jeffcoat. In fact, A.C. Leonard and Jonathan Woodard had more sacks than the Bombers All-Star trio.

Those All-Star nods did make the Riders feel disrespected so if they want to prove they deserved the All-Stars themselves, they better outperform the Bombers duo.

The Riders didn’t allow a sack last week after Cody Fajardo took the most sacks in the regular season and if the Riders can keep Cody clean again this week, I’m guessing they’re off to Hamilton. I loved how committed and successful they were with William Powell on the ground early against Calgary to slow down the Bombers but now Winnipeg will see it coming.

I’m picking the Riders to go up early, but not by enough to hold off the Bombers in the second half.